Bruce’s Beach sells for $20M. What does it mean for future of reparations? 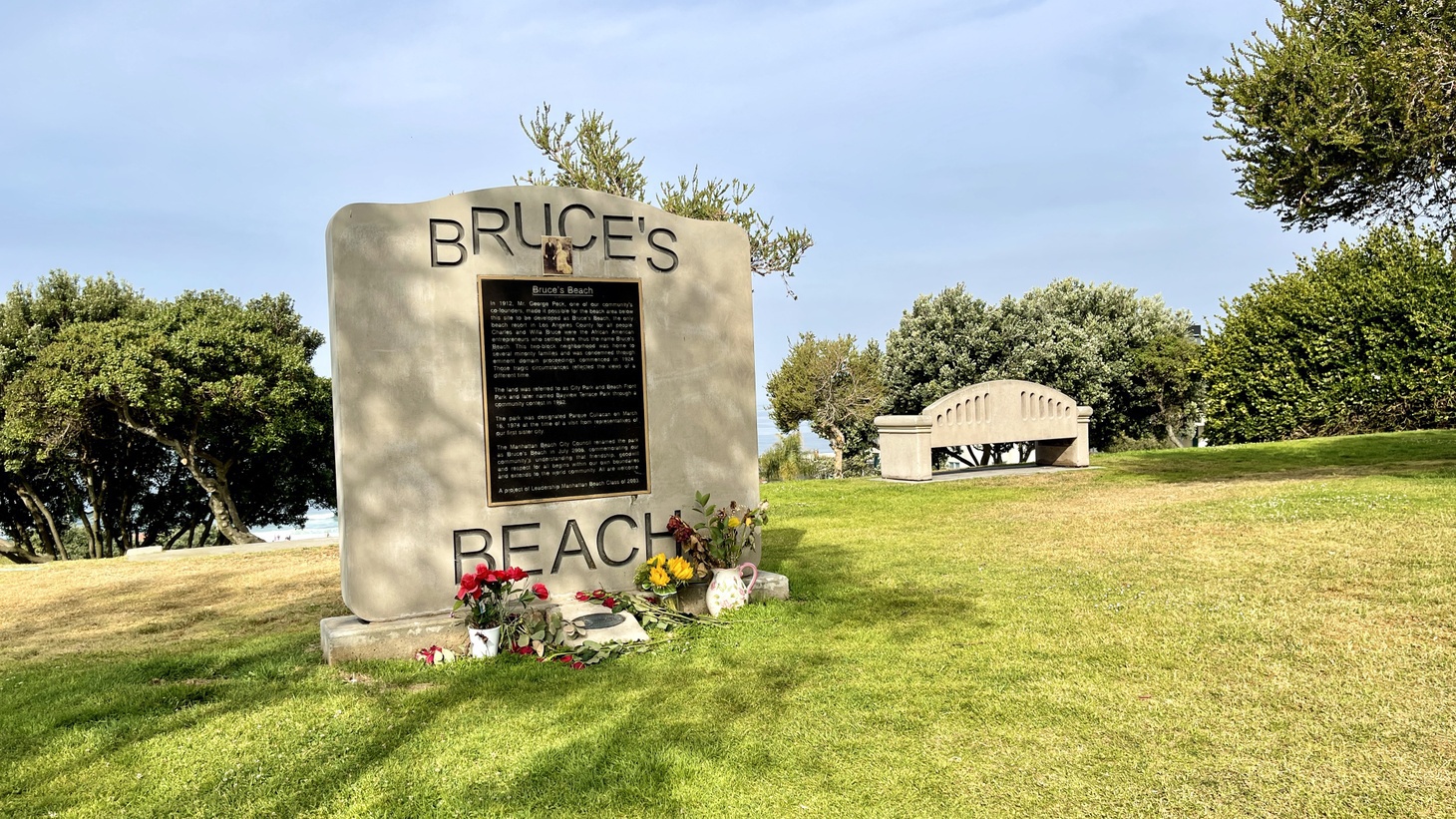 Bruce’s Beach can’t be developed because the City of Manhattan Beach zoned it as a park. The process to change the zoning could take years and face potential legal challenges, according to attorney George Fatheree III. Photo by Amy Ta.

LA County made history last summer by transferring a piece of land in Manhattan Beach back to the African American family it was stolen from a century ago. The property, known as Bruce’s Beach, was once the site of a successful Black-owned hotel and dancehall. But in 1924, the City of Manhattan Beach condemned the property and seized it through eminent domain. The return of the property has become a significant symbol in the ongoing fight for reparations for slavery and the many years of systemic racism that followed.

After much deliberation, the family recently decided to sell the property back to the county for $20 million.

“The decision for the family to sell this land back was one that has been carefully considered and analyzed, really over the past 24 months,” says George Fatheree III, the attorney who represents the Bruce family in the deal. “We've engaged the top attorneys in the country, real estate appraisers, development experts, land use consultants, [and] political advisors to give the family all the options.”

Why sell? The land can’t be developed because the City of Manhattan Beach zoned it as a park. The process to change the zoning would have taken years and faced potential legal challenges, according to Fatheree.

“Not only do you need [city] approval … the process is subject to lawsuits, litigation delays, politics. … It's not hard to understand that these folks aren't really excited about being developers in Manhattan Beach.”

Despite the zoning restrictions, the final sale price represents fair market value for a developable lot.

“$20 million is the value of the property today, assuming you could develop on it,” Fatheree notes. “If you look at what it's actually currently entitled to be used for, the value is likely to be much less.”

While the family has every right to sell the property, some folks, including activists who helped pressure the county to return the land, aren’t thrilled. For them, the property represents more than just one family’s inheritance. While he fully supports the family’s decision, Fatheree says he understands where folks are coming from.

“When the Bruces got this property back, I felt joy, and it wasn't because of my connection as their attorney. … I felt joy as an African American … like this was reparations paid to me and my family. And I think a lot of us felt that way.”

Still, he says, the gesture is about more than the property itself. “What's important is what this property represented. … This property was an avenue for this family to build, create, sustain, and pass down intergenerational wealth, and it's that opportunity that they were robbed of.”

So what does this all mean for the future of land reparations and addressing generations of racism? For Fatheree, the harm that’s been done to Black families like the Bruces is “immeasurable,” but steps like this chart a path forward.

“What's important about this case is for one of the first times in our country's history, you have a government agency who acknowledged racially-motivated wrongdoing and took an affirmative step to do something about it. As far as we know, LA County was the first to do it. And we hope through their leadership, they're certainly not the last.”

As Bruce’s Beach sells for $20M, what’s the future of reparations?

Bruce’s Beach sells for $20M. What does it mean for future of reparations?

Unable to develop the land, the Bruce family decided to sell Bruce’s Beach back to LA County for $20 million. KCRW speaks to the attorney representing the family.

California has created a reparations task force to study the history and effects of systemic racism on Black people, and to look at ways to atone for and remedy it.