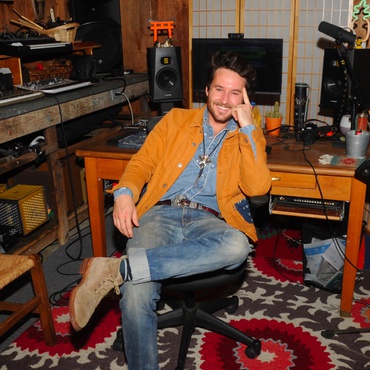 Zeke does all things audio. Record and radio producer, podcaster, musician - if it involves sound, he’s down. A native of Topanga, Zeke graduated with a degree in cognitive neuroscience and political philosophy from the University of Virginia before becoming a Coro Fellow back home in Los Angeles.

He’s spent the last few years working at USC’s Annenberg School of Journalism and building a studio practice at his home in the mountains. He recently joined KCRW as a fill-in producer on Greater LA. For Peter Kujawski, chairman of Focus Features, it was “very simple and easy” to greenlight James Gray’s drama “Armageddon Time.”

Nov. 18 from The Business Bob Iger is back. Can he cope with Disney’s many challenges?

The Walt Disney Company board of directors reinstated Bob Iger as CEO and ousted Bob Chapek on Sunday. Can Iger cope with Disney’s many challenges?