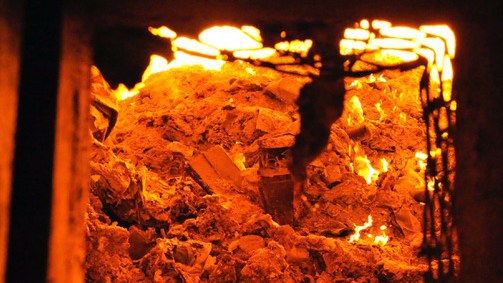 Waste gets incinerated in a furnace in Long Beach before it’s shipped to a landfill. Photo courtesy of Southeast Resource Recovery Facility.

A 1980s-era trash incinerator in Long Beach is feeling the heat from local residents and a state legislator, who want to see the facility phased out in favor of more environmentally friendly waste disposal options.

The Southeast Resource Recovery Facility (SERRF) sits in an industrial area in West Long Beach. It was constructed when trash incinerators were favored by environmentalists. Burning trash is still considered a greener alternative to tossing it in a landfill, where it rots and emits more potent greenhouse gases.

But the smoke from burning garbage is toxic, and it’s especially unhealthy for the people living nearby, some of whom resent that trash from the whole region is burned in their community. As incinerators fall out of fashion and into disrepair around the country, those who live upwind of the one in Long Beach hope its use can be curtailed and eventually ended.

“It's not fair that for myself, for my family, and for my friends, we have to continue breathing dirty air from garbage that's coming from so many different places.” says Whitney Amaya, an organizer with East Yard Communities for Environmental Justice. Amaya lives a few miles away from the Long Beach incinerator.

The vast majority of incinerators are in marginalized communities. More than 80% of people living within five miles of the Long Beach trash burner are people of color, and their per capita income is less than $30,000, according to a report from Earthjustice. 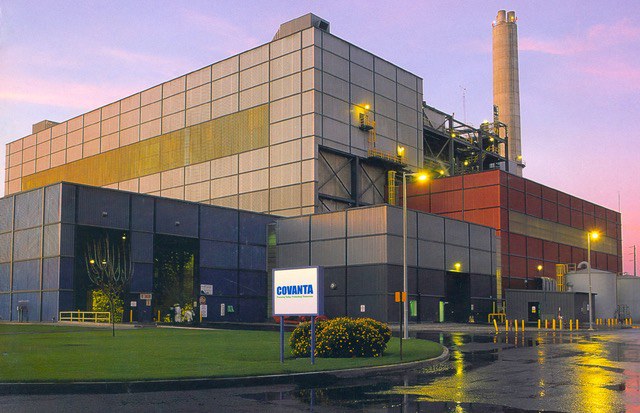 Incinerators are built to work for 30 years. The one in Long Beach is 34 years old. Photo courtesy of SERRF.

“I think our communities are often ignored. And it's also the reason why we see these facilities in our neighborhoods in the first place. We're just seen as like, ‘Just put it in their community, they'll deal with it,’” says Amaya.

The environmental group has an ally in the state legislature. Assemblymember Cristina Garcia (CA-58), who represents some southeast LA County communities like Downey and Bellflower near the incinerator, introduced a bill last week that would make it more difficult for cities in California to burn their trash.

Right now, state law requires cities to reduce, recycle, or compost half of their waste. And that law allows them to count 10% of their waste toward that reduction goal if they send it to an incinerator.

“This bill is getting rid of that 10% loophole, and making it clear that burning trash is not a diversion, it's not recycling and it's not healthy,” says Garcia.

The bill would also require cities to prioritize other zero-waste options, like composting or recycling. “It's been a long quest,” Garcia says. “How do we actually stop treating these communities [like] second class citizens and let them live a healthier existence like their neighbors in wealthier zip codes?”

But the bill does not mandate where the trash will go instead, so it could also wind up in landfill, where the emissions from that trash pose a different and just as troubling danger.

The lesser of two evils 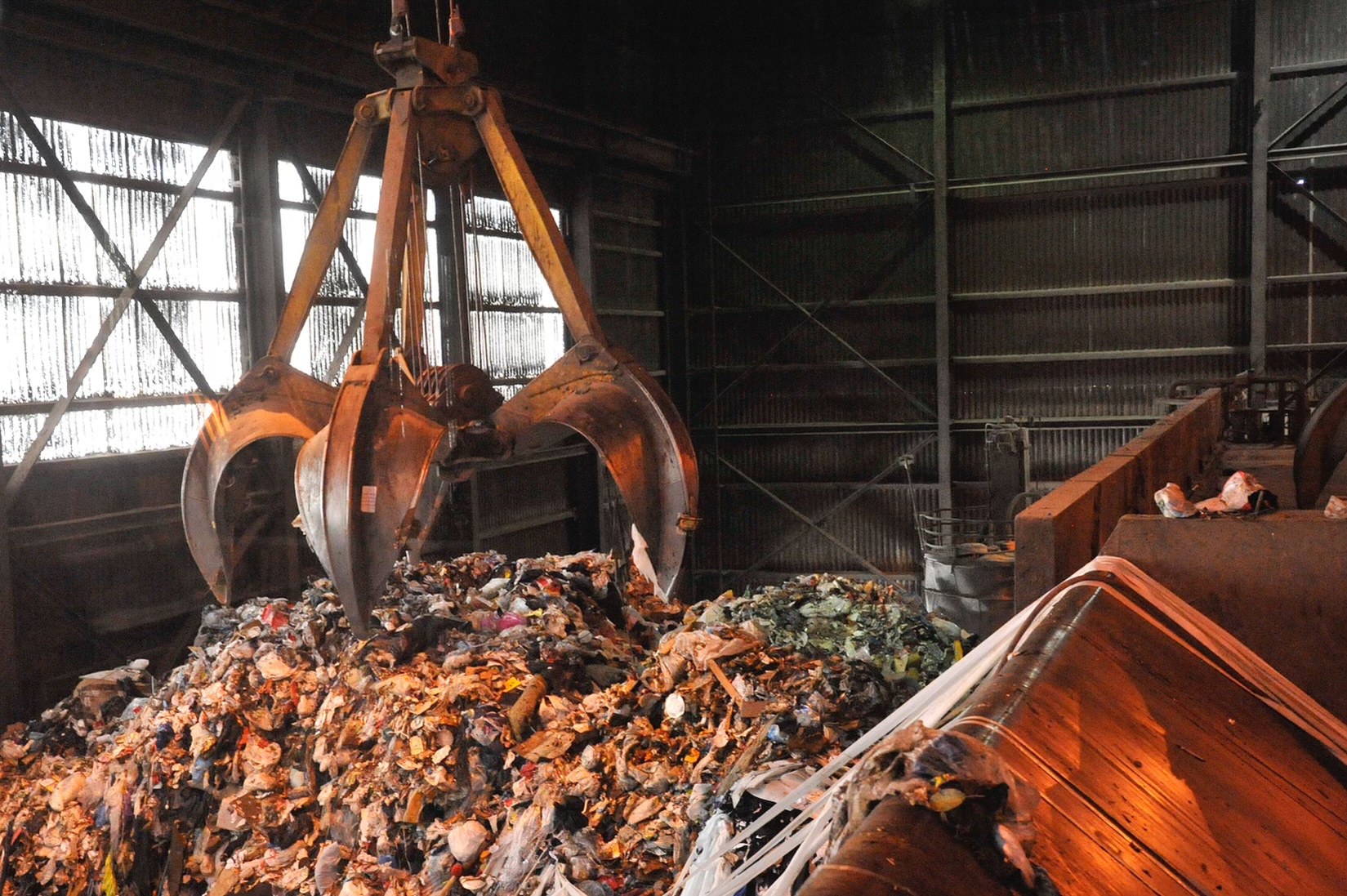 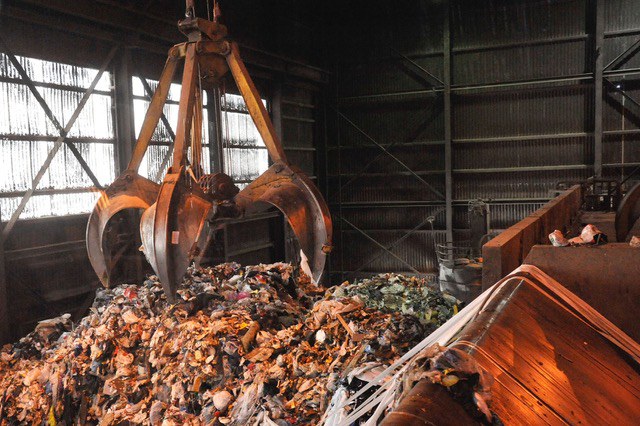 The crane picks up trash and puts it into the furnace to be burned. Photo courtesy of SERRF.

That ash still gets shipped to the landfill, but it serves a purpose. Sometimes, for example, it gets turned into the gravel that gets laid on top of a full section of the landfill so vehicles can drive over it.

The incinerator has other “green” attributes. The steam released from burning the trash gets repurposed as electricity, enough to power the incinerator itself, plus up to 30,000 homes.

And while toxic ash might not be great, it doesn’t release as many greenhouse gas emissions as waste rotting in a landfill. But Associate Attorney Bryon Chan from Earthjustice says there are better options. 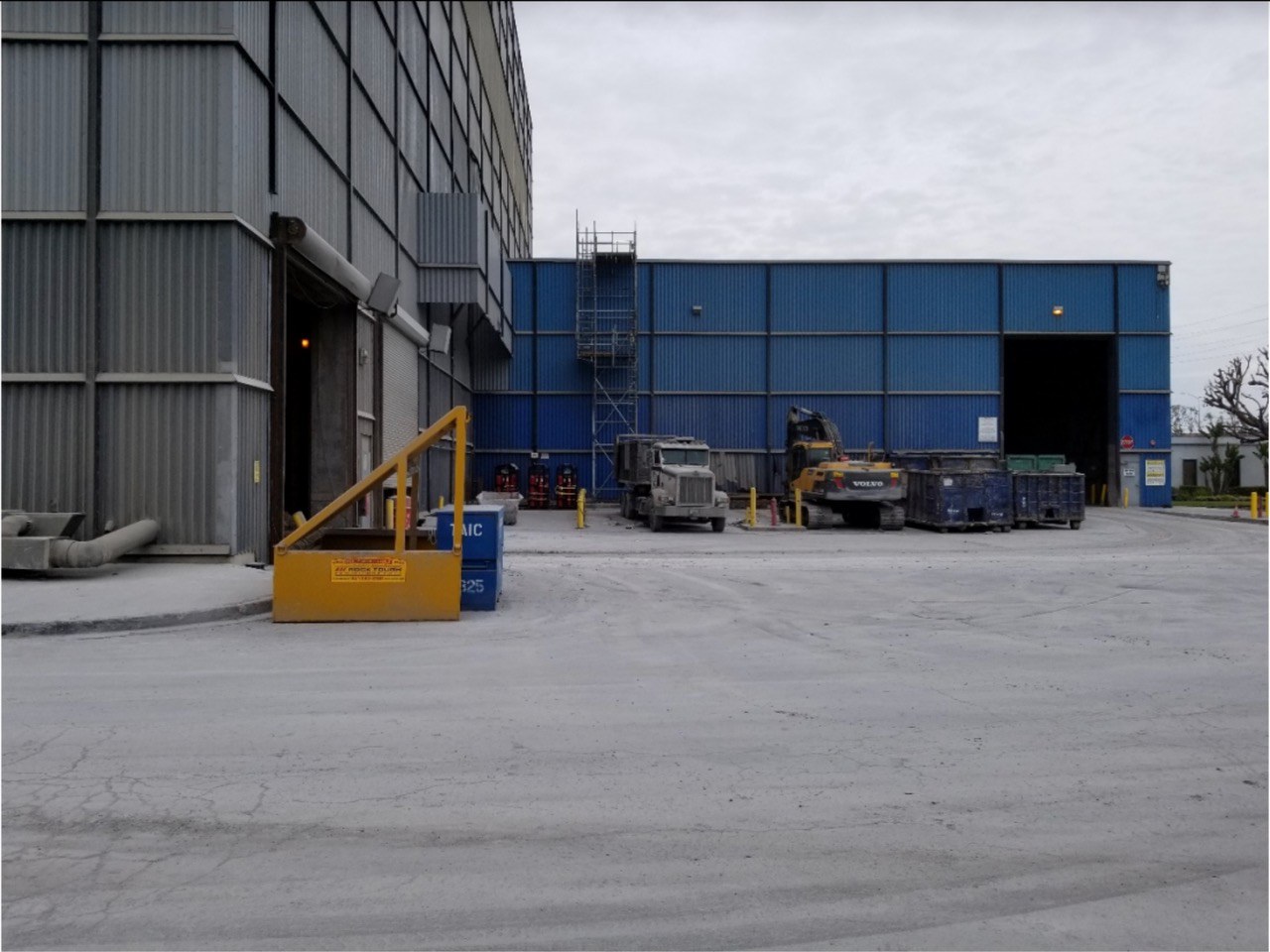 Ash from the incinerator coats the roads outside. Photo by Eric Tanner.

And the incinerator damages the environment in other ways. Waste incineration still creates a lot of waste. Thousands of tons of trash processed every day get shipped via gas-powered trucks. And burning trash still creates air pollution.

“We found investigations from inspectors who noted that ash was escaping the facility and into the community, that it was clogging drains on the facility, and that it was just really clouding the air,” Chan says.

The report by Earthjustice found that energy generated by burning waste releases more carbon dioxide than a coal plant creating the same amount of energy. 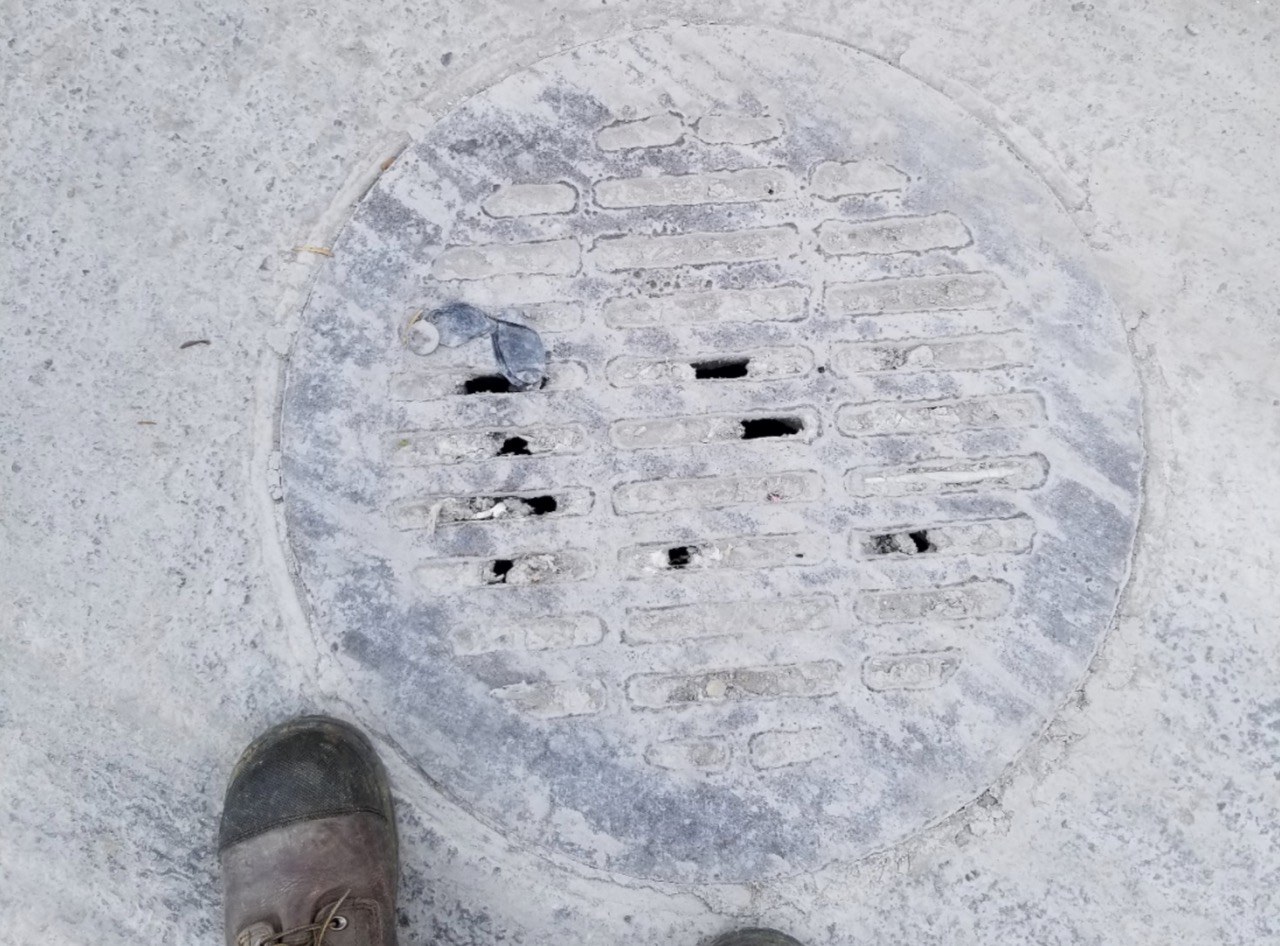 A drain is clogged with ash outside the incinerator. Photo by Eric Tanner.

Then of course there’s the air pollution that comes from burning toxic ash.

It’s hard to tell how much South Bay air pollution comes from the incinerator versus other nearby pollution sources such as a freeway, a refinery, and the ports of LA and Long Beach. But the incinerator is releasing multiple toxins that are already exceeding the EPA’s allowable limits in nearby communities. So it definitely isn’t helping.

Most incinerators are built to last about 30 years. The one in Long Beach turns 34 this year. As it gets older, the City of Long Beach has to choose whether to invest more money in it for repairs, or to close it down.

At the moment, the Long Beach incinerator is funded through 2024. Environmental justice advocates hope that municipalities will stop spending money to burn their trash, and instead use that money to recycle and compost more.

Foley says it’s not that he doesn’t support waste reduction, but closing the incinerator won’t make waste go away.

“Recycle, reduce everything you can and send us the rest. … If you could put us out of business because there's no more garbage to process through the facility, I'd applaud you,” he says. “But that's just not the case.”

Long Beach trash incinerator leaves behind ash, soot, dirt. Will it be phased out?

Burning waste is “greener” than dumping it in a landfill, but the process still creates air pollution. Environmental justice advocates are targeting Long Beach’s incinerator.

Phone ‘phreakers’ in 1980s LA: Digging up the forgotten era

Susy Thunder was a computer hacker in 1980s Los Angeles who never got caught. Writer and musician Claire L. Evans spent a year tracking her down during the pandemic.

The Underground Museum has reopened after a pandemic-induced closure, and it’s featuring an exhibit by founder Noah Davis. The space is a community hub with a book shop,...