One year ago this week, Governor Gavin Newsom issued his statewide stay-at-home order to try and limit the spread of the coronavirus in California.

Since then, the efforts have been marked by moving goalposts — reopening plans that change frequently, rules that differ county by county and even sometimes neighborhood to neighborhood. Most tragically, California has seen more than 55,000 residents lose their lives to COVID-19.

As for small business owners, especially those along Van Nuys Boulevard, a year of the pandemic has completely changed their work environment. The three-lane boulevard in the heart of the San Fernando Valley no longer boasts crowded sidewalks of locals patronizing stores and eating at mom-and-pop restaurants.

Instead, Van Nuys looks like a mausoleum for small businesses that have failed. Unhoused people line its sidewalks.

“Van Nuys Boulevard was this first shopping mecca of the San Fernando Valley, but the brick-and-mortar merchant today, he's not existing,” says Rick Stanoff, who runs Country General Store, just across the street from the Civic Center. He sells high-end western apparel here. 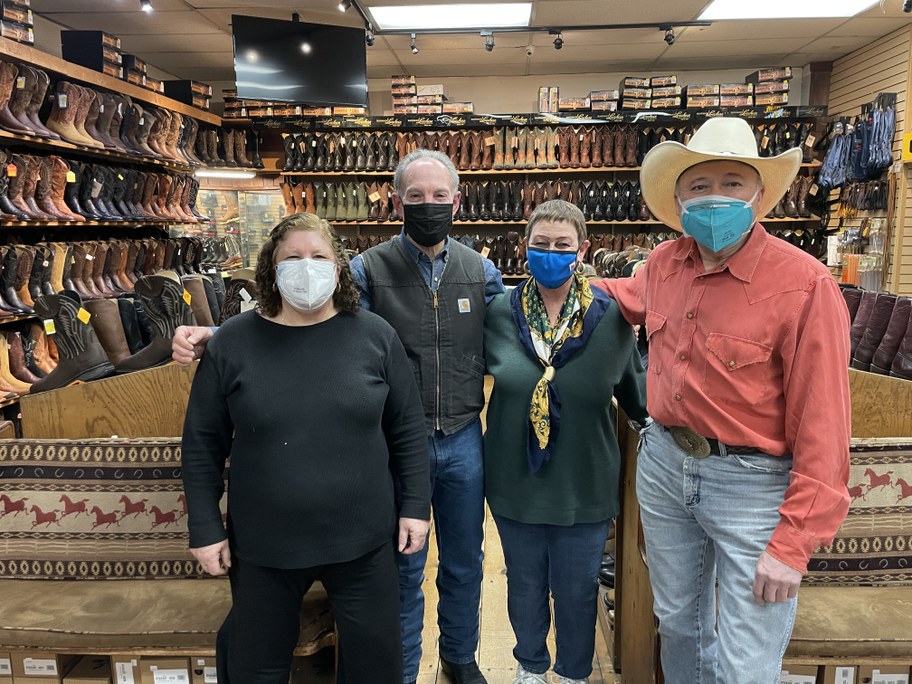 Rick Stanoff (second from left), his sister Stacey (far left), and staff at the Country General Store on Van Nuys Boulevard. Stanoff has run his business here since the 1970s. Photo by Benjamin Gottlieb.

In many ways, it’s become a litmus test on how this pandemic has exacerbated some of LA’s biggest lingering problems.

“Before the pandemic, I had no problem paying the rent on my stall,” says Blanca Caballeros, who runs a homeopathic medicine booth inside one of Van Nuys Boulevard’s permanent, indoor shopping bazaars. Her rent is $300 a month. “Now I have to get food from local churches. My children help me with my rent.”

Caballeros’ experience mirrors that of other small business owners along the boulevard, who saw their lives change overnight and aren’t hopeful things will get better this year.

“This is not what it used to be,” says Cristobal Rodriguez, owner of Ay Papa Que Rico, a Cuban-inspired restaurant on Van Nuys north of Sherman Way. “I’ve seen a lot of restaurants close down and I feel bad for them, honestly, because we all work hard.” 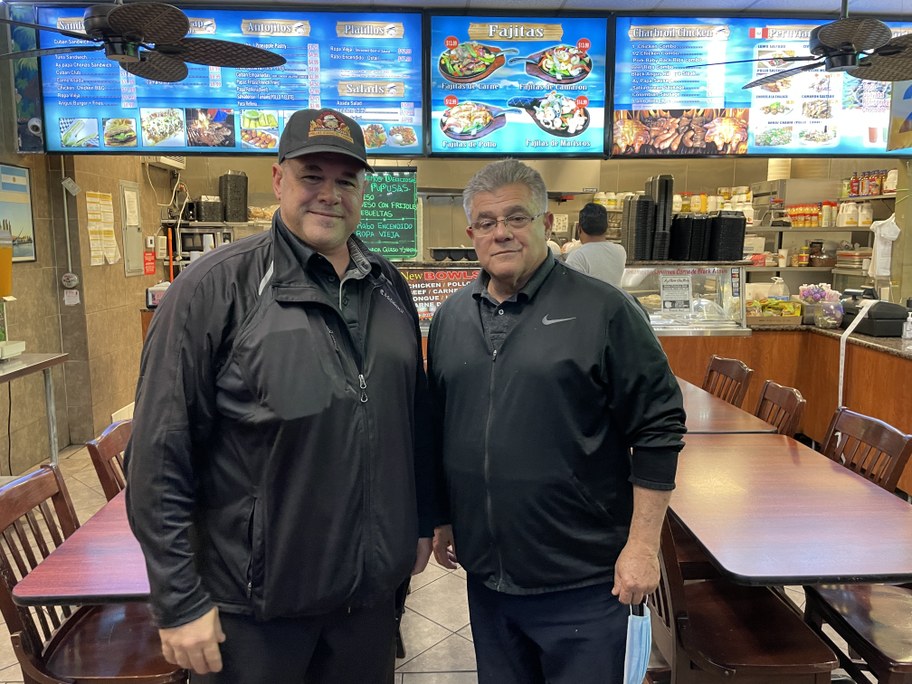 Rodriguez has been able to keep his rent paid and his business going, but not without cutting staff and working hours. The whole experience of running a restaurant during the pandemic has made him pessimistic about the future, especially when it comes to what Van Nuys Boulevard will look like.

“Every single day, we get discouraged,” he says. “We get discouraged from doing things. Because where are we going? Where are we heading? We don't know. I can guarantee you this place [Van Nuys] is not going to be the same anymore.” 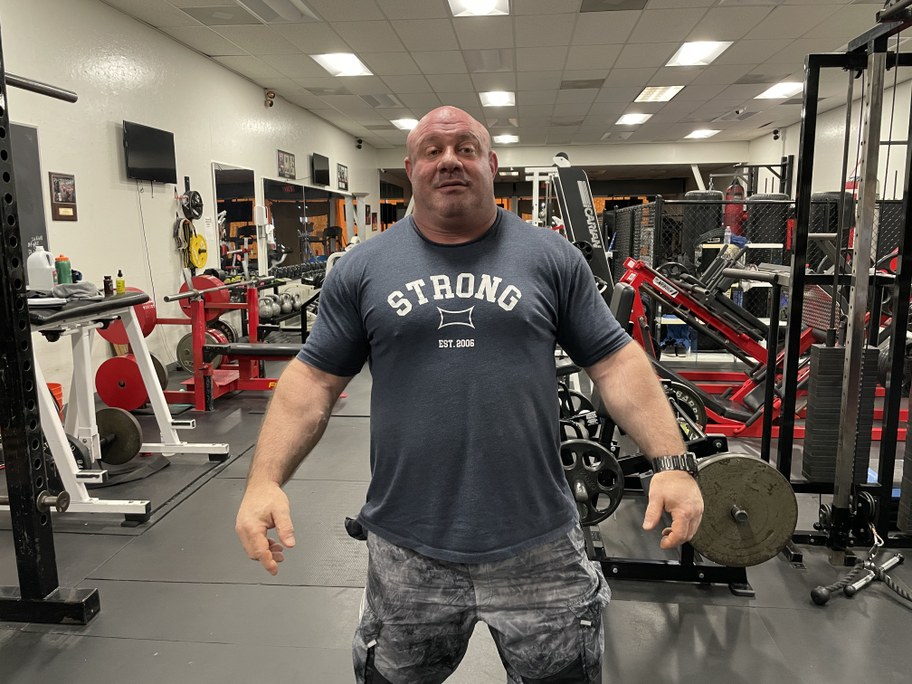 Scot Mendelson inside his gym, Mendy’s, on Van Nuys Boulevard. One of the most decorated powerlifters of all time, Mendelson says he is taking his gym full private because of the pandemic and changes in the neighborhood. Photo by Benjamin Gottlieb.

Other business owners are physically turning away from Van Nuys, like Scot Mendelson, who owns and operates Mendy’s Gym. Like many in the fitness industry, he’s been forced to close his doors for months at a time.

“When we open back up, I'm wrapping the whole front solid,” says Mendelson, a world record holder in several powerlifting disciplines. “I'm done. We're going full private. And that's it.” 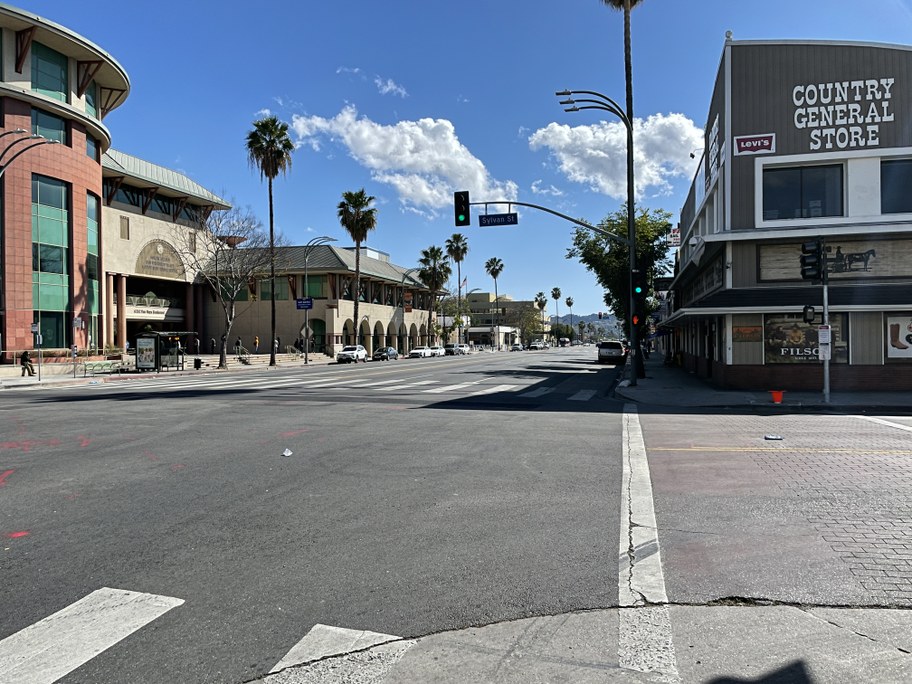 An empty Van Nuys Boulevard near the Civic Center in Van Nuys. Photo by Benjamin Gottlieb.

Brick and mortar stores have suffered along Van Nuys Boulevard, with “For Lease” signs visible on just about every block.

Netflix's "Waffles + Mochi" has a 1970s “Sesame Street” feel, and Dan Wilcox leaned into that when finding music for it.