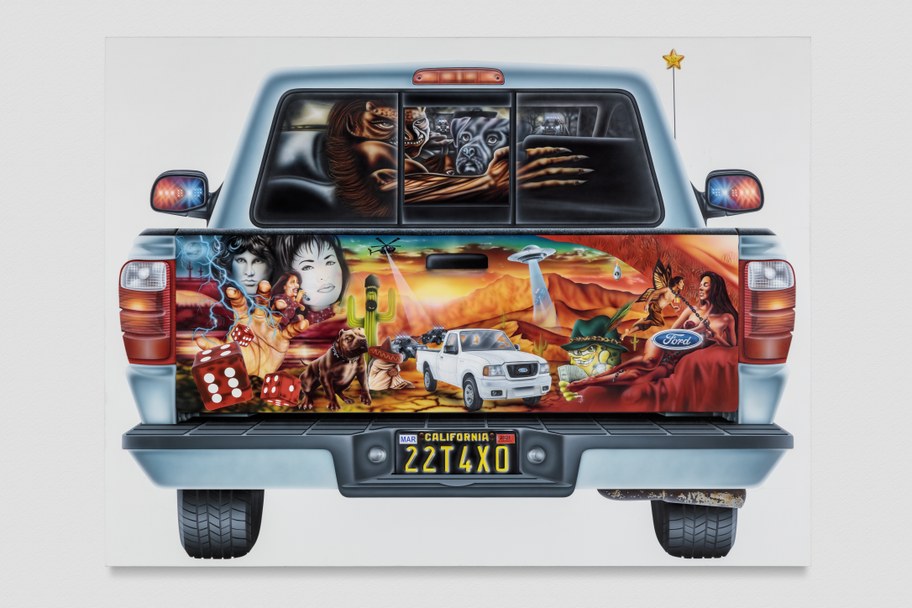 One of the artists featured at the show is Fulton Leroy Washington (aka Mr. Wash). He received a life sentence for a nonviolent drug charge in 1997. President Obama commuted his sentence and granted him clemency five years ago. He often tells people’s stories by painting portraits, which often include tears streaming down the face and into the scene.

This work all predates the shootings in Atlanta and the targeting of the Asian American Pacific Islander community during the pandemic. So what’s it like seeing the show right now? It reminds viewers that xenophobia isn’t something new, and points to this long history in the U.S. 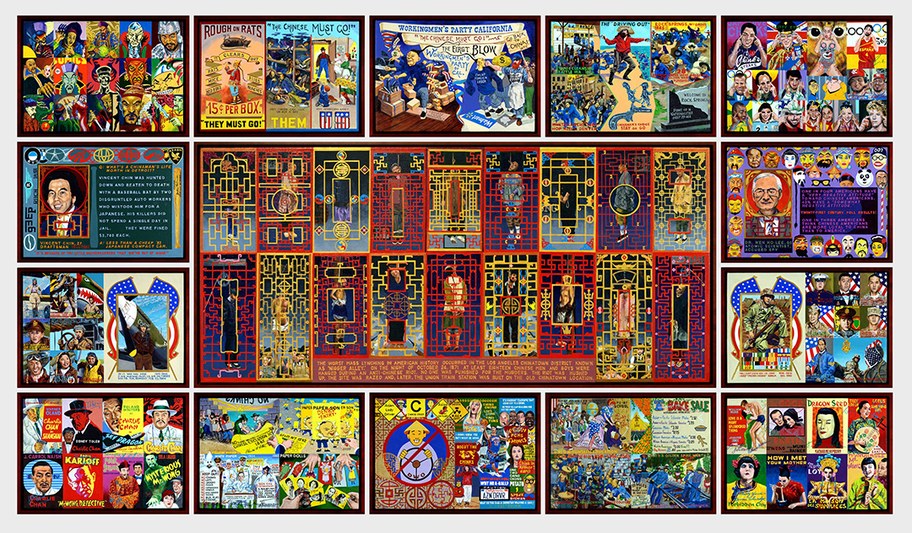 The main work in the show is a large piece called “Chinatown,” which is made up of many small paintings hung to create a larger tableau. Some depict early American propaganda posters that talk about Asian Americans as disposable labor. Another focuses on racist stereotypes that are portrayed in film and media.

“The central painting in this piece focuses on the Chinese Massacre in 1871,” says Lindsay Preston Zappas, Founder and Editor-in-Chief of Contemporary Art Review Los Angeles. “This was a lynching [in LA] of 18 to 20 Chinese individuals in which no perpetrators were charged. So this really brings up so much of what we're experiencing today.”