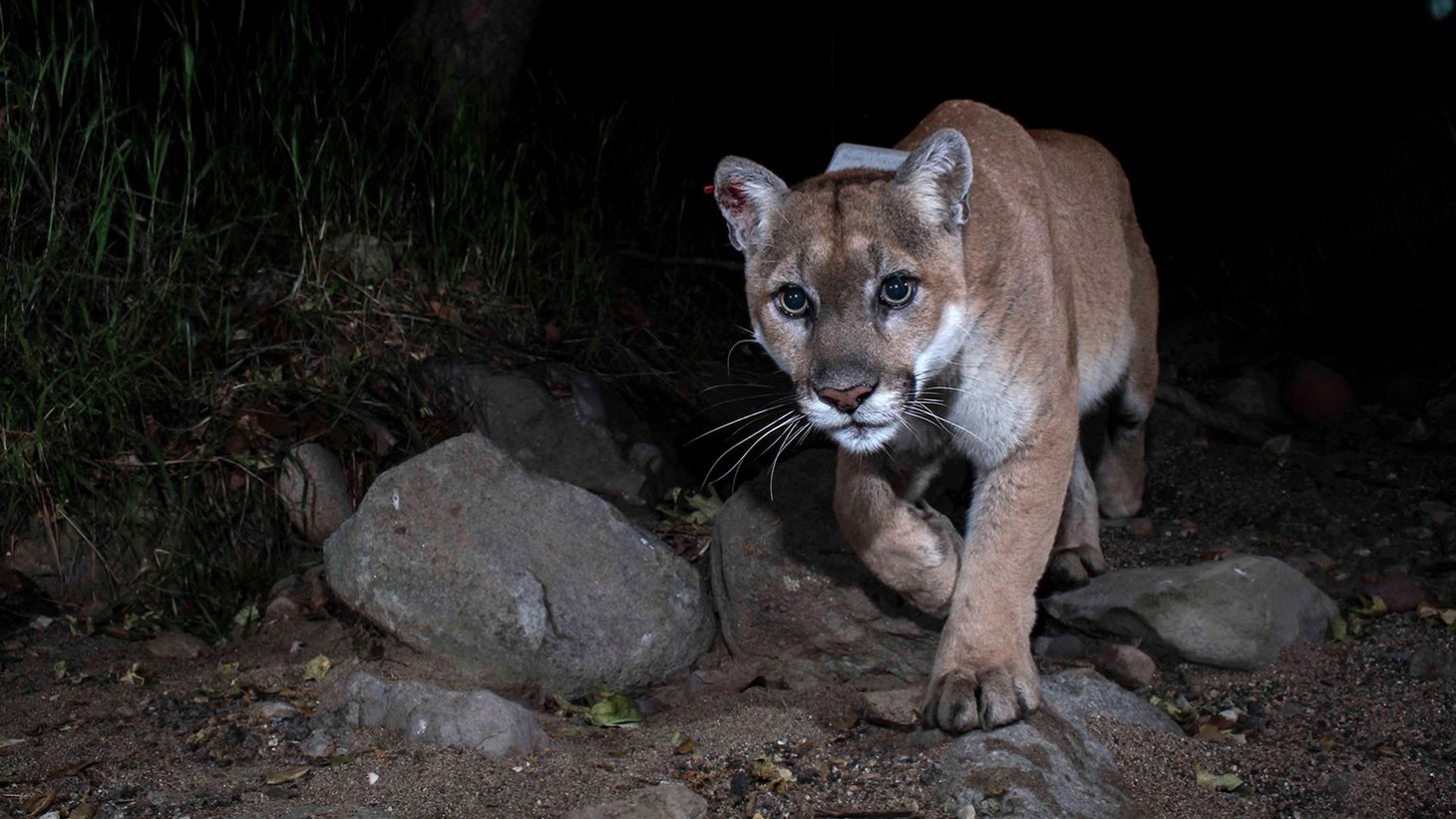 P-22, the beloved LA mountain lion, was euthanized over the weekend. Photo by Miguel Ordeñana.

P-22, the mountain lion who lived alone in the hills around Griffith Park, was euthanized over the weekend. While people are mourning his loss, what happens now with his remains and his legacy?

“A lot of people are really going to be committed to honoring his legacy,” says Miguel Ordeñana, senior manager of community science at the Natural History Museum of Los Angeles County. “He can really detail what's happening to so many other species, some of which are on the brink of extinction here in LA. And so hopefully people use [his death] as a call to action.”

While P-22 lived a solitary existence, he is not alone among his kind, or among other types of wildlife struggling to survive in the urban landscape of LA. His story inspired conservationists and wildlife enthusiasts to support building a land bridge over the 101 freeway for wildlife to cross over safely. The project broke ground just before P-22’s death.

“There is some relatable connection that he provides, through his story … misadventures … mistakes … triumphs,” says Ordeñana. “I think [those] are things that really are inspiring for people. And that is used as a gateway to learn about other urban wildlife conservation issues, and what needs to change.”

While P-22’s legend will be a matter for the public to decide, the fate of his remains is still being determined. Whether he is taxidermied and put on display at the Natural History Museum of LA County, or used for other post-mortem research purposes, remains to be seen. Ordeñana says the community, including Indigenous groups which have already reached out to conduct “some kind of ceremony and blessing,” is being consulted.

“We want to make sure that their voices are heard, and that we come to some sort of decision that is culturally sensitive,” insists Ordeñana. “But also, hopefully … that allows us to have some of his remains that we can use, potentially, to go towards research, including conservation research.”

Perhaps the most enduring part of P-22’s legacy will only be understood with time, as other mountain lions vie for the collective consciousness of the region. The P in P-22 stands for puma, and 22 is the sequence in which  he was captured and tracked. That means other mountain lions have roamed, and currently are roaming, the hills of Los Angeles, including one now living between the 405 and 101 freeways.

“It's very possible that this individual, or some other individual, crosses over the 101 and gets into Griffith Park,” Ordenana points out. “What he's going to mean to LA, that's still to be determined. But I think nothing's going to replace P-22’s legacy.”

P-22, the mountain lion who lived alone around Griffith Park, was euthanized over the weekend. As people are mourning, what will happen with his remains and legacy?

The U.S. economy shrank during the pandemic, but some industries thrived, including private air travel. Residents near Van Nuys Airport say it’s harming their health.