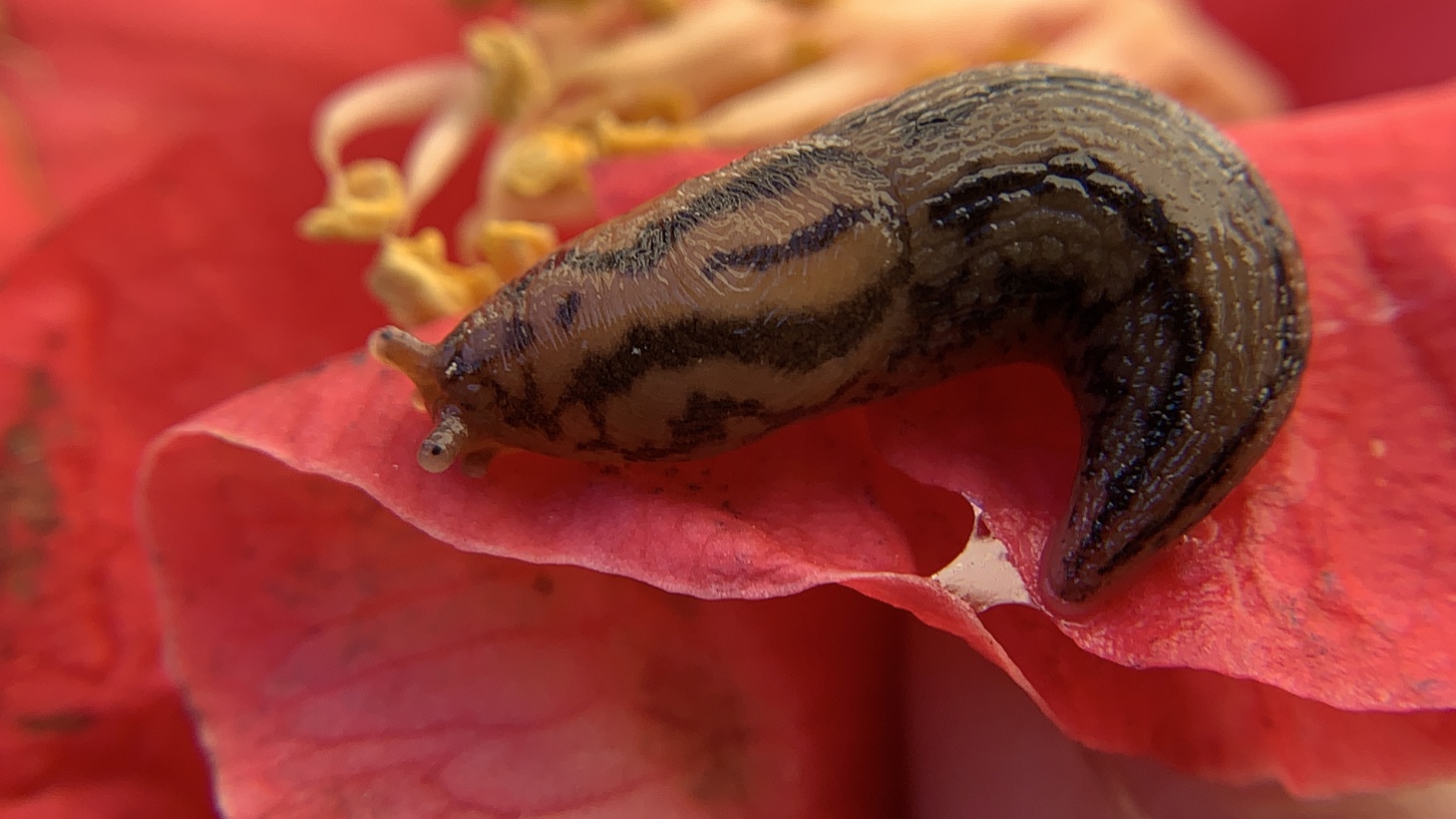 This Threeband slug was spotted in Mid City (near Pico and La Brea). Photo by Maiz Connolly.

Lila Higgins grew up playing with snails and slugs in her backyard in England. Now, she gets paid to do it at the Natural History Museum of Los Angeles County (NHMLA) as the community science manager.

And she wants you to play, too.

“We want people to take pictures of snails,” she says. “Also slugs, don't forget the slugs!”

February marks Snailblitz, an annual event where NHMLA asks Southern California residents to find, photograph, and send pictures of the snails and slugs they see in and around their neighborhood.

“If you live in this area and you find a snail or slug in your backyard, or on a hike, when you're in a park or local mountain, you might be finding a species that is rare or imperiled,” says Higgins. 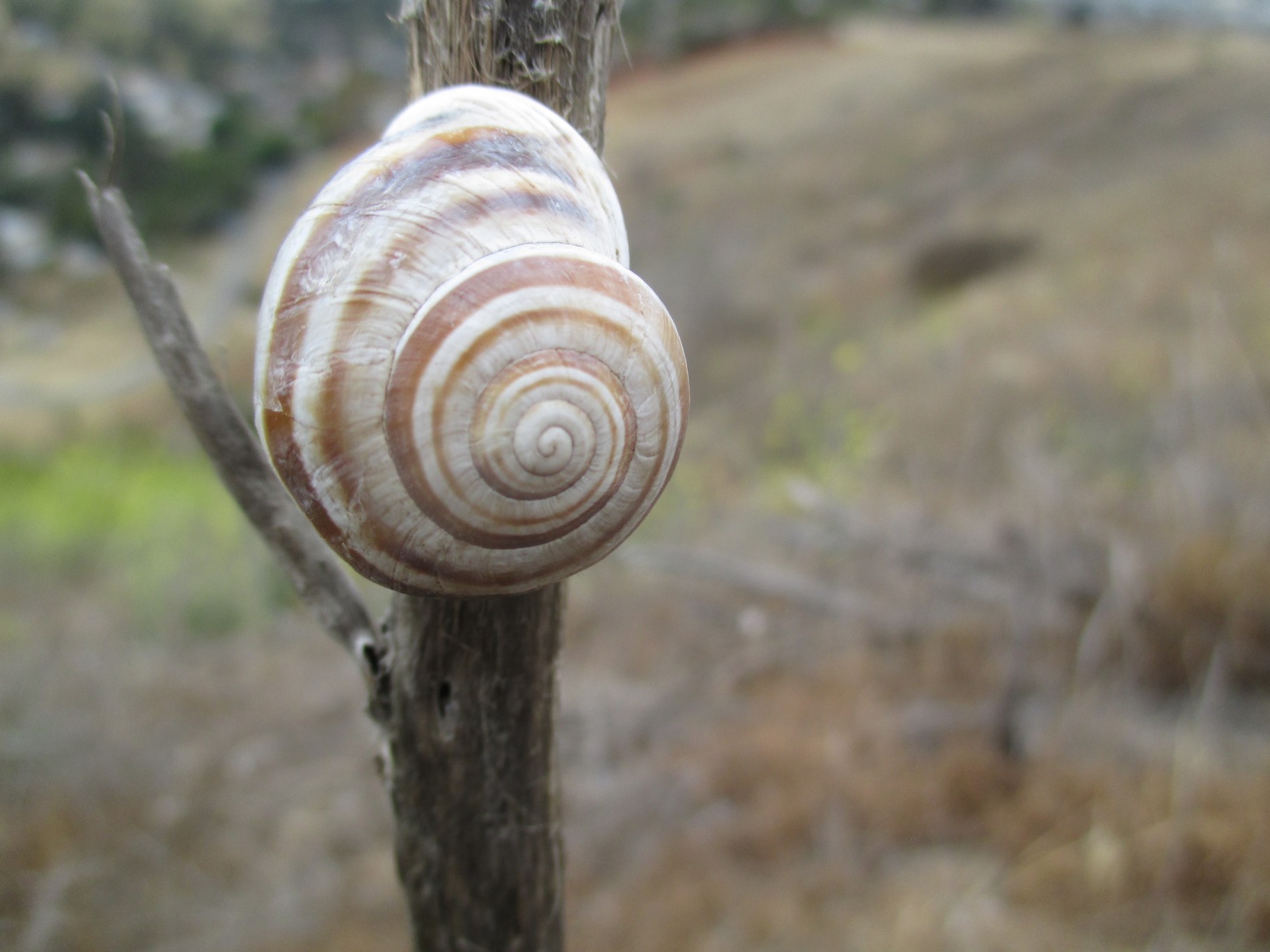 An Otala lactea was photographed in Montecito Heights. Photo by Jann Vendetti. 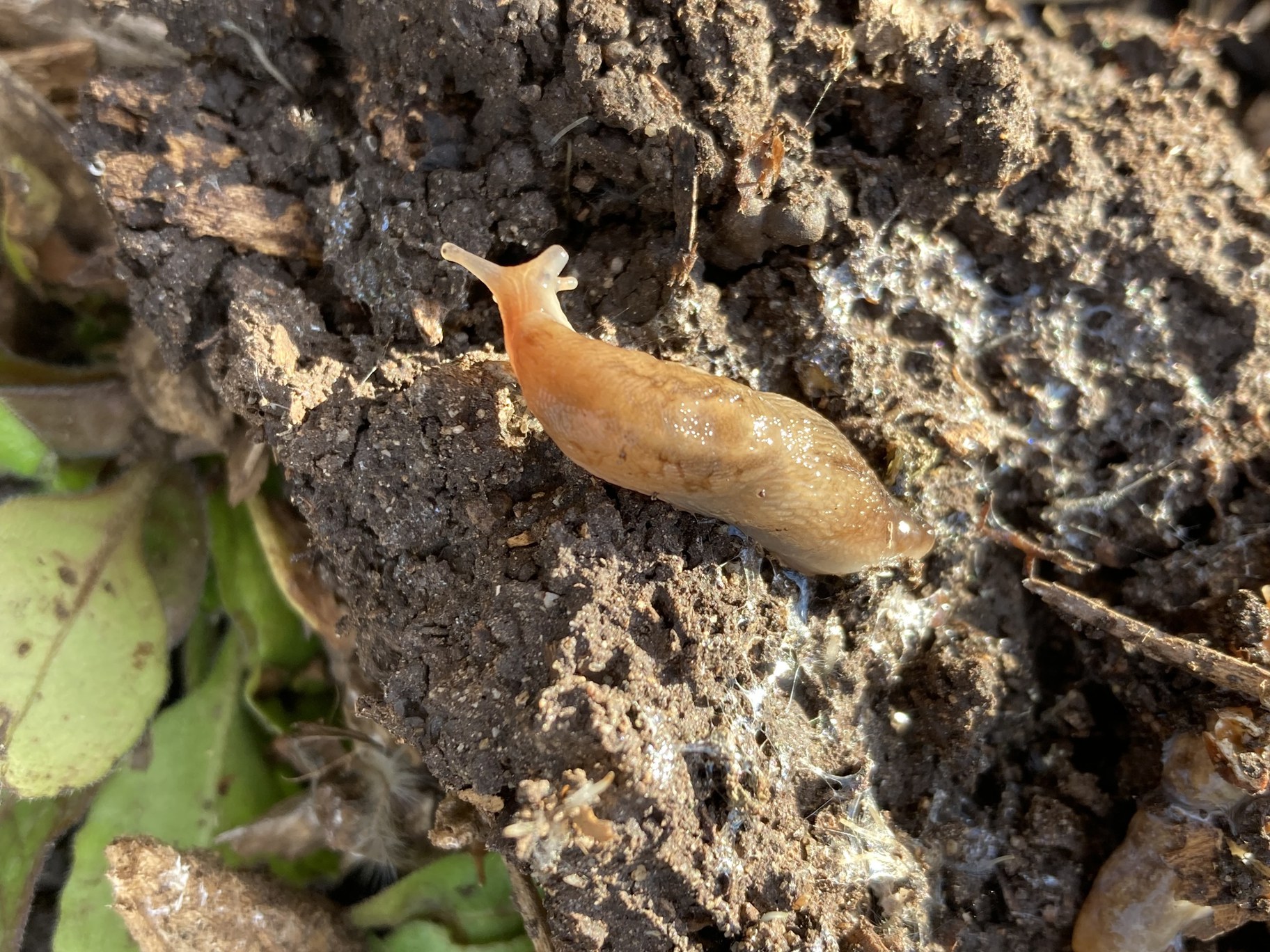 Higgins recommends avoiding touching snails and slugs. If you do, make sure to wash your hands after as they can make you sick.

“If you can take a picture without disturbing them, that's going to be best because then they can just carry on living their happy little snail or slug life,” she says.

Use this downloadable Bingo card to see if you can make enough observations to get five in a row or fill your card. You can track other people’s observations here. 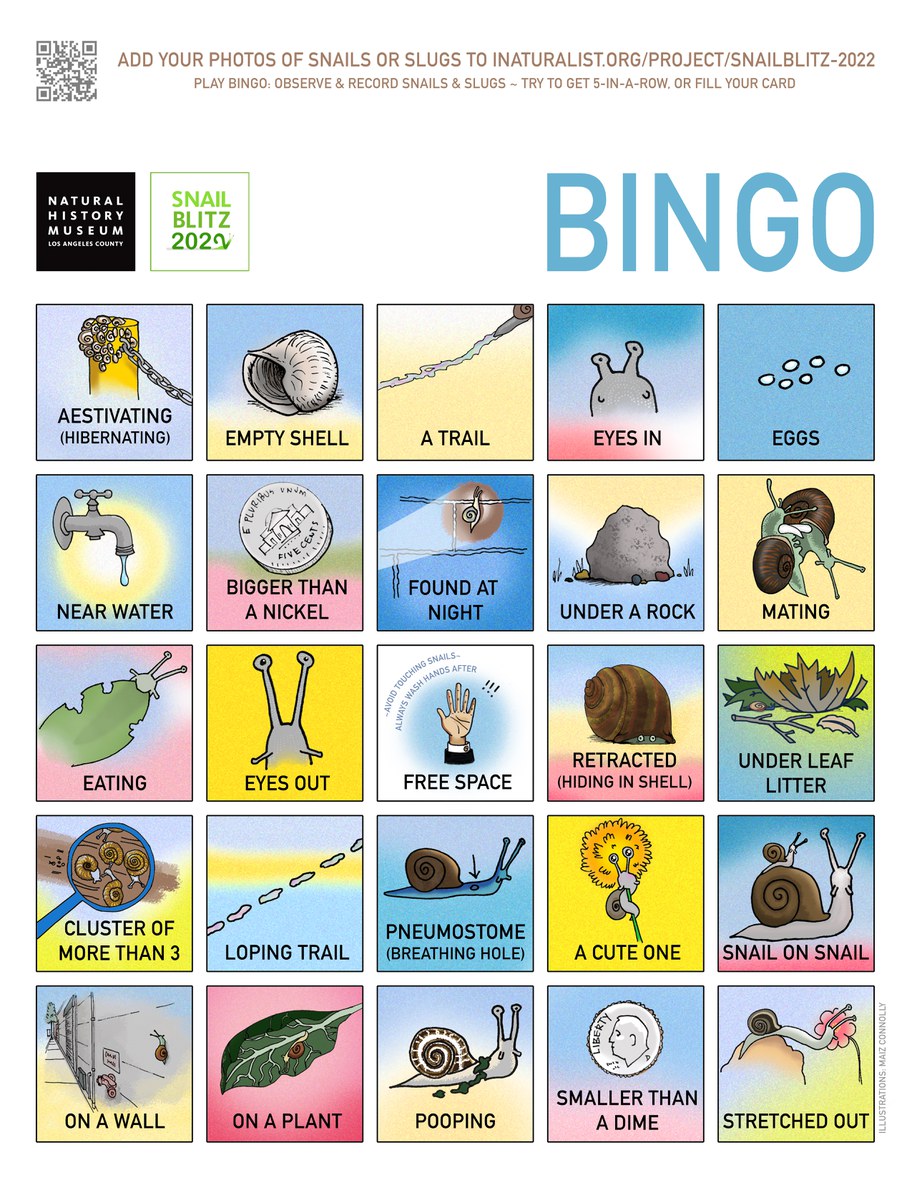 Can you get five in a row? Image courtesy of the Natural History Museum of Los Angeles County.

COVID: From crisis to nuisance? CA starts to shift to endemic state

As CA goes to endemic state, what does it mean for Angelenos?

California is on track to live with coronavirus as “endemic.” Gov. Newsom’s recently announced “SMARTER Plan” is an acronym for shots, masks, awareness, readiness, testing,...

A new children’s book presents the late Betty White as a role model for kids. She was the first woman to host a TV talk show, and worked with animals off-camera.

Join the Natural History Museum of LA County and fellow citizen scientists to document snails and slugs around your neighborhood. You could be the first to discover a...