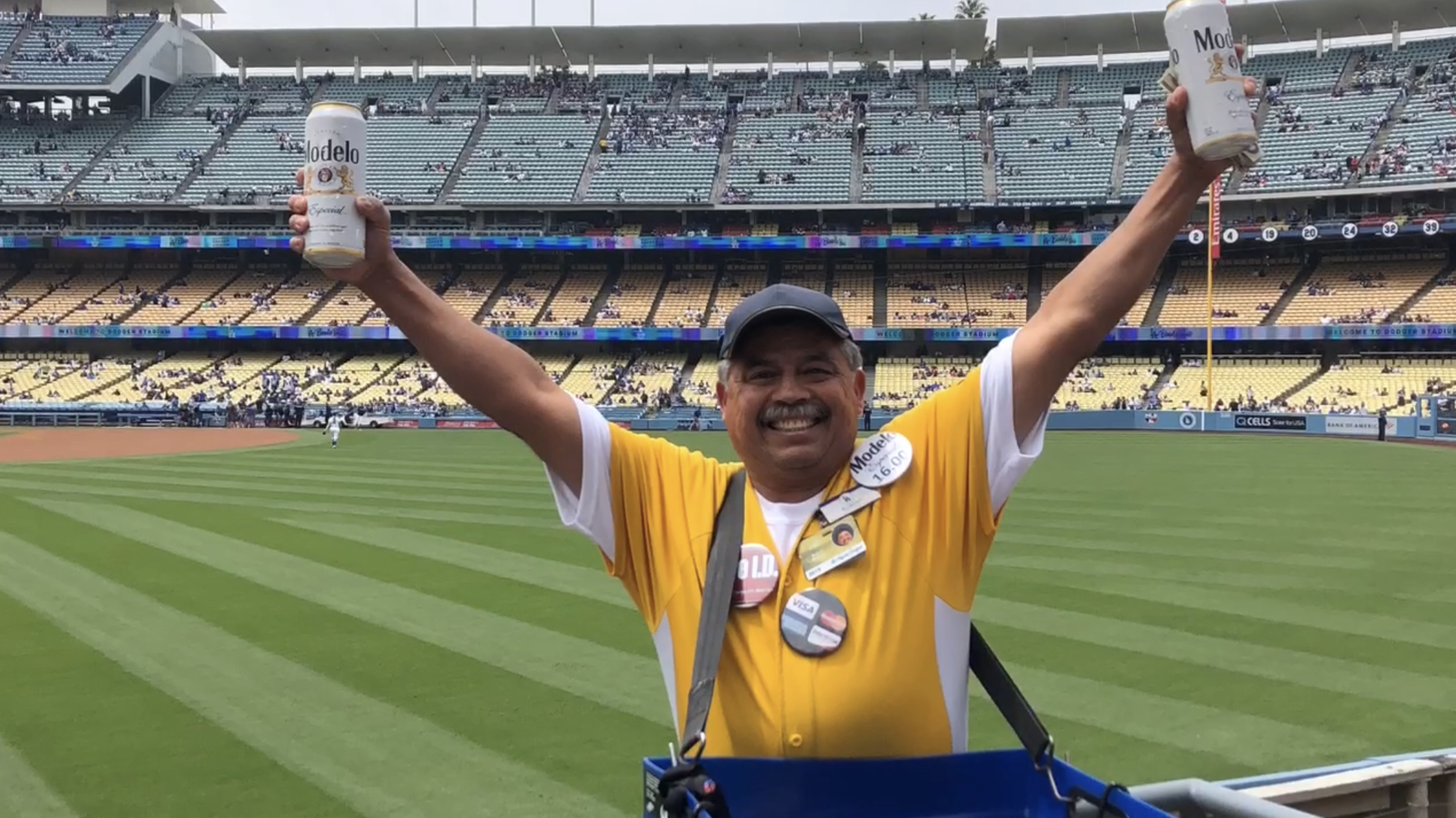 Robert Sanchez, a.k.a. “Peanut Man,” is on the job at Dodger Stadium. Photo by Terry Sanchez.

Robert Sanchez was a 16-year-old hawking peanuts in the stands at Dodger Stadium in 1974. Now in his 60s, Sanchez is still walking the stadium steps with a bag of concessions around his neck, though vending and baseball have changed.

He says he walks five miles per game, and he’s been at it for nearly 50 years. He tells Greater LA that many people quickly quit because they realize the job isn’t for them.

“You're gonna take your hits, you're gonna get hurt. You might slip on nacho cheese, you bang your legs on the seats, people are pushing you by accident,” Sanchez explains. “And other times, you're like … sardines and you're stuck. … The sun bakes you. You're carrying your load, you're sweating. You're making turns, going up and down stairs, twisting. And that's what I'm designed to do.”

But as technological changes hit the concessions, fans can more easily get their own food. “That’s one beginning of … automated vendors to maybe one day take our jobs away, but I think at least fans have something to say about that,” he points out.

Despite it all, Sanchez says fans make the job fun. “This is the best, legal, part-time job in LA.”

He’s also interacted with celebrities in the stands, including Magic Johnson,  Arnold Schwarzenegger, Danny DeVito, and Will Ferrell. “Oh my God, there's so many here.”

Through the decades, Sanchez has gained nearly 10,000 followers on Instagram, and he takes photos with fans at every game.

A mask mandate still applies on public transit, but not in most other places in LA County. Should you still wear one? Will it help if other people aren’t wearing theirs?

Nashville-style hot chicken and dessert nachos are some of the new food options at Dodger Stadium. Eater LA’s Mona Holmes gives a taste of all the best stuff.