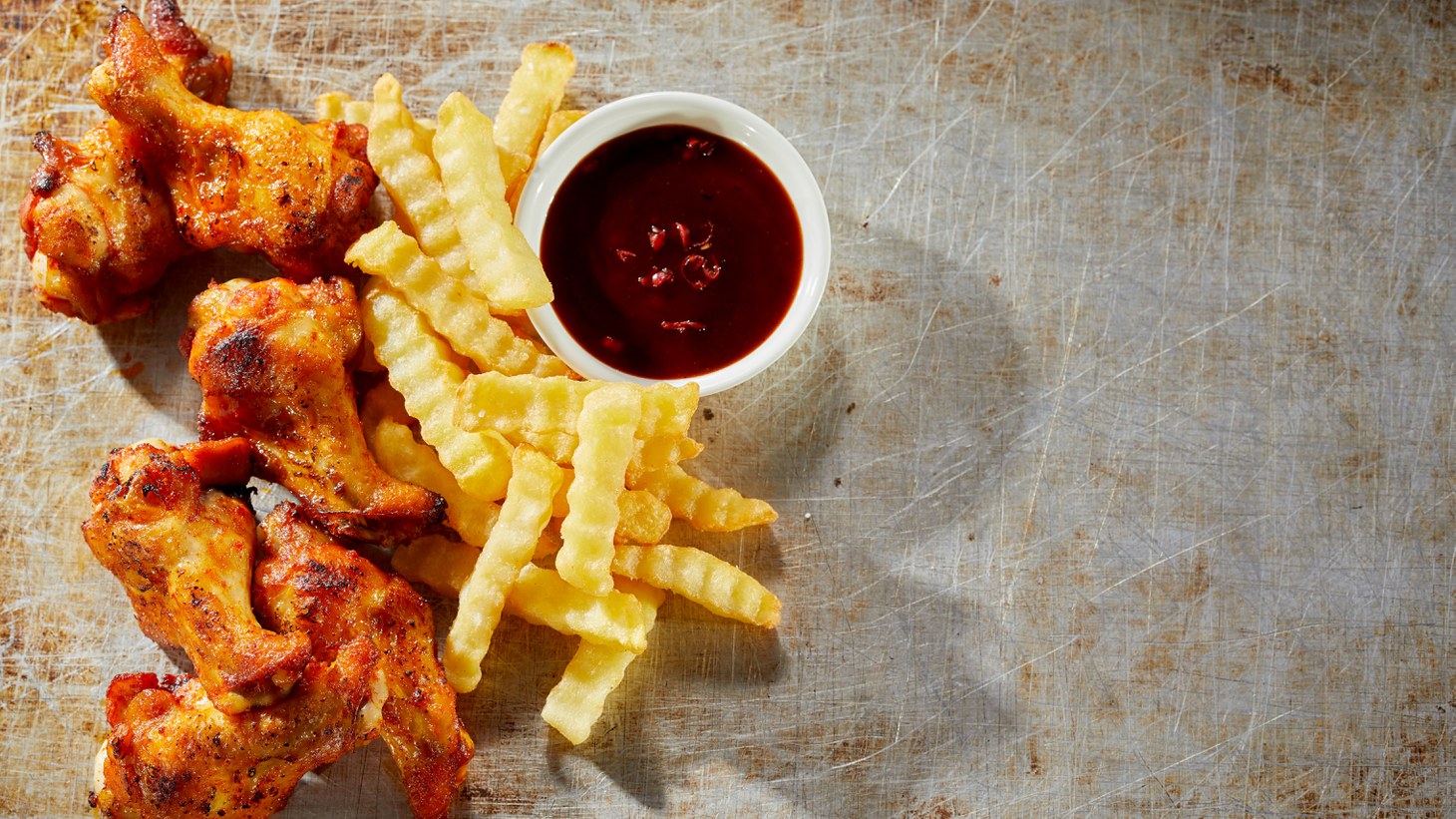 You can get spicy fried chicken with crinkle-cut fries at Dodger Stadium. Photo by Shutterstock.

You can get Nashville-style hot chicken, which is spicy and served with crinkle cut fries.

Aguas frescas — the traditional Mexican drink of fruit blended with water, lime juice, and a sweetener — are also now available. Flavors include horchata, strawberry, kiwi, and pineapple with a tamarindo rim.

What is Holmes dying to try? “As a potato-obsessed person, the Twisted Tatoes Stand on the reserve level has one dish called spiral potatoes. … They roast them. They season them with salt, pepper, garlic, Tajín … a little bit of mesquite, cotija cheese, and chili lime aioli,” she says.

She adds that after decades of eating Dodger Dogs, she’ll be trying the Louisiana hot link, which she grew up on in LA.

Who determines the food options at the stadium? The fans, says Holmes. Whatever they like, they venue will provide it.

But if you want to save money or eat something else, you can actually bring your own food into the stadium.

“I have been known for bringing a peanut butter and jelly sandwich into the stadium and just snack on that. … Here's how it works. You can bring food inside as long as it's in a clear bag, no larger than 12 by 12 by six. You can't bring any bottles, anything that's enclosed in glass. No cans, coolers, anything in the thermos. And you can bring in water as long as it's unopened and it's less than one liter,” she says.

A mask mandate still applies on public transit, but not in most other places in LA County. Should you still wear one? Will it help if other people aren’t wearing theirs?

Nashville-style hot chicken and dessert nachos are some of the new food options at Dodger Stadium. Eater LA’s Mona Holmes gives a taste of all the best stuff.