A display at the Ronald Reagan Presidential Library and Museum. Photo credit: LunchboxLarry (CC BY 2.0).

A wildfire in Simi Valley sparked Wednesday morning. It has burned more than 1,300 acres and forced approximately 26,000 people to flee their homes.

The cause of the fire isn’t known yet, but it sparked amidst an extreme red flag warning. Gusts in Simi Valley reached up to 65 mph.

Firefighters promptly responded, but the fire quickly spread beyond control.

“The fire outflanked us very rapidly today. Pushed by those 40 to 50 mph winds,” said Ventura County Fire Assistant Chief Chad Cook. “We did experience gusts up to 65, which made long range spotting very dangerous, and quickly outpacing our initial resources.”

The strong winds meant attacks from the air had to be grounded in the morning, which let the fire spread more quickly. 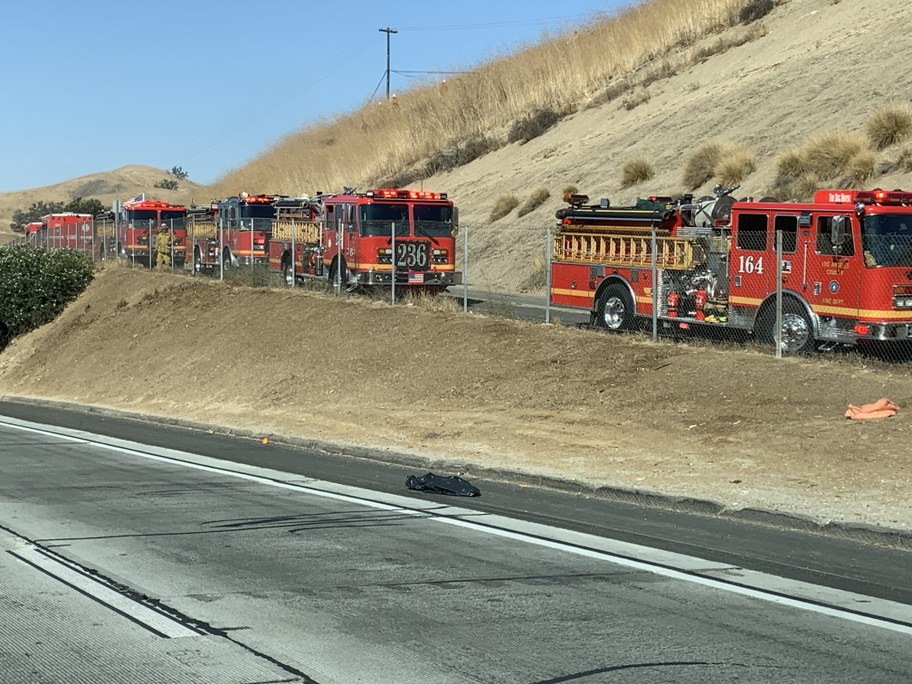 101 North in Calabasas after a fire broke out. Photo by Anna Scott. 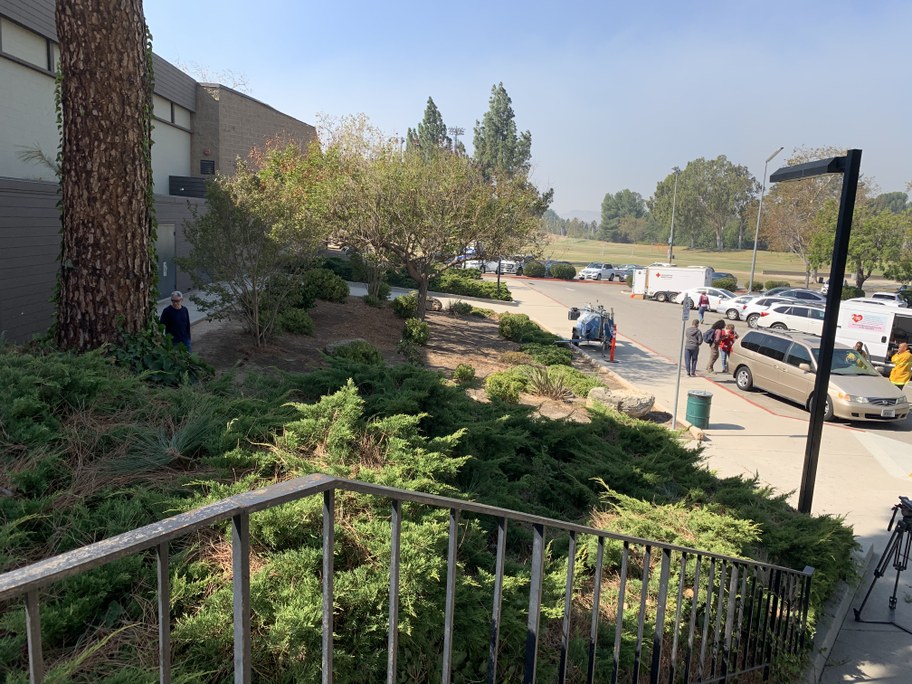 Outside an evacuation center at Thousand Oaks Community Center. Photo by Anna Scott.

Dozens of residents rushed to the evacuation center set up at Thousand Oaks Community Center. One of them was Phyllis Segal.

“It was just incredibly smoky. and of course the sky was red,” Segal says. “It’s very interesting, the emotions you go through. Everything: scared, nervous, sad, glad that you’re happy and the dogs are barking and happy.”

By 9 AM, the flames reached as close as 30 ft away from one of the buildings there. The fire is approaching both sides of the museum, but so far the firefighters have kept it at bay.

The museum was last threatened in 2003 during the Simi Valley wildfire. But even then, the plan was never to evacuate exhibits.

“All of the museum galleries and all the archives where everything is stored are built within fire doors. So that if a fire was to break out, they push a button, the fire doors close, it traps the fire within a very small area, and then industrial sprinklers come down from the ceiling and douse the fire out,” Giller says.

As for the graves of President Reagan and the first lady, which are outside the museum, the staff relies on firefighters to keep the flames away.

KCRW: Easy Fire: What you need to know

A wildfire in Simi Valley sparked Wednesday morning. It has burned more than 1,300 acres and forced approximately 26,000 people to flee their homes.

The Garfield High School bulldogs and Roosevelt High School Rough Riders share a deep rivalry. That rings true once a year at the East LA Clásico, when 20,000 football fans...

At MOCA open house, chocolate and a broken piano

MOCA is displaying a series of exhibitions that asks LA-based artists to explore the permanent collection. The latest in the Open House series is from Gala Porras-Kim.