"When I was taking my battalion chief’s exam, I had one of the other test takers, male, question why I was there,” says Kris Larson. “In an open forum, he felt just fine making that comment.” Photo by Genna Martin.

Women make up 3.5% of the sworn personnel at the LA Fire Department (LAFD), and they’re starting to speak up more publicly about why that rate is so low. They point to what they believe is a misogynistic culture and poor leadership.

The LA Times spotlighted the story of Katie Becker, who left the LAFD in 2019 after experiencing sexism in a department she described as “littered with cruel leadership and misogynistic co-workers.”

“Katie Becker is a strong individual for coming forward,” says Kris Larson, president of Los Angeles Women in the Fire Service and the first female African American captain promoted to battalion chief at the LAFD. “The department has been historically plagued by issues regarding race and gender. It seems like it's gotten a little bit worse over the years.”

Larson, who’s been at the LAFD for roughly 30 years, says certain fire stations are being run by officers who allow hazing, harassment, and discrimination.

“Places where there is that belittling culture, if you are a minority, you're going to be the target of some cruel and horrible things,” she says. “The sad thing is a few bad apples are ruining it for everybody else. Unfortunately, they're not being held to a standard that's going to get them in trouble. Those punishments are being washed down or not even given out.” 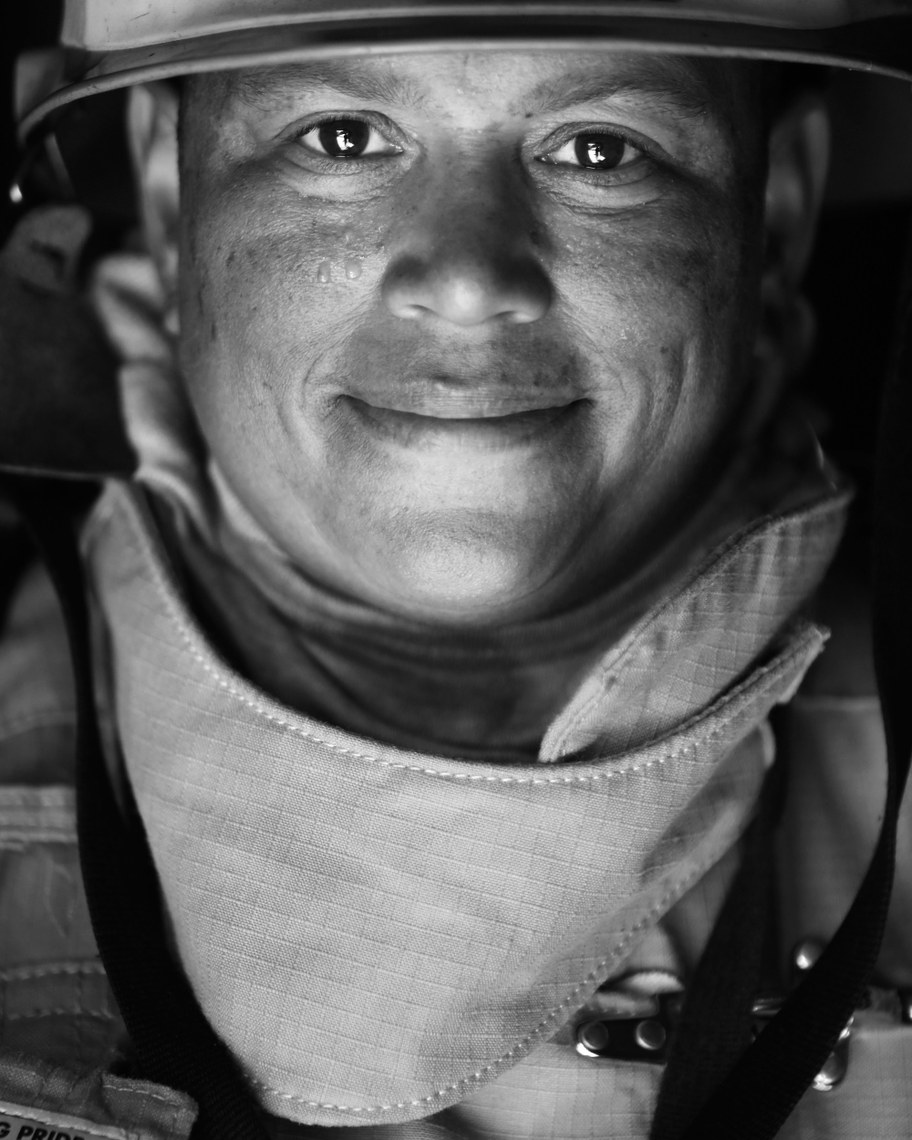 While Kris Larson acknowledges that women’s bodies are built differently than men’s, she doesn’t see strength or size as a barrier to entry. “I've worked in the drill tower, and I saw women who had hearts of gold that are not as big as me still succeed.” Photo by Genna Martin.

With a shortage of firefighters nationwide, Larson believes the department should be addressing these criticisms head-on and without delay. A study on workplace culture at the LAFD, which was delayed for years due to a lack of funding, began this summer.

“I’m cautiously optimistic that we're going to have some results in the not too distant future, but I don't think that precludes getting information out there now about the culture of the organization.”

She wants Fire Chief Ralph Terrazas to come out with a statement reinforcing the department’s zero-tolerance policy on harassment and put people on notice.

“Sadly, I just haven't seen that in a while,” she says.

In the meantime, Larson and other members of the LAFD are actively recruiting women, specifically those on college sports teams.

Why some LAUSD teachers quit amid pandemic challenges

Last year took a heavy toll on educators who had to pivot to teaching via video, sometimes with their own kids at home. Many of them watched hard-won education gains...

“The department has been historically plagued by issues regarding race and gender. It seems like it's gotten a little bit worse over the years," says Kris Larson, the first...