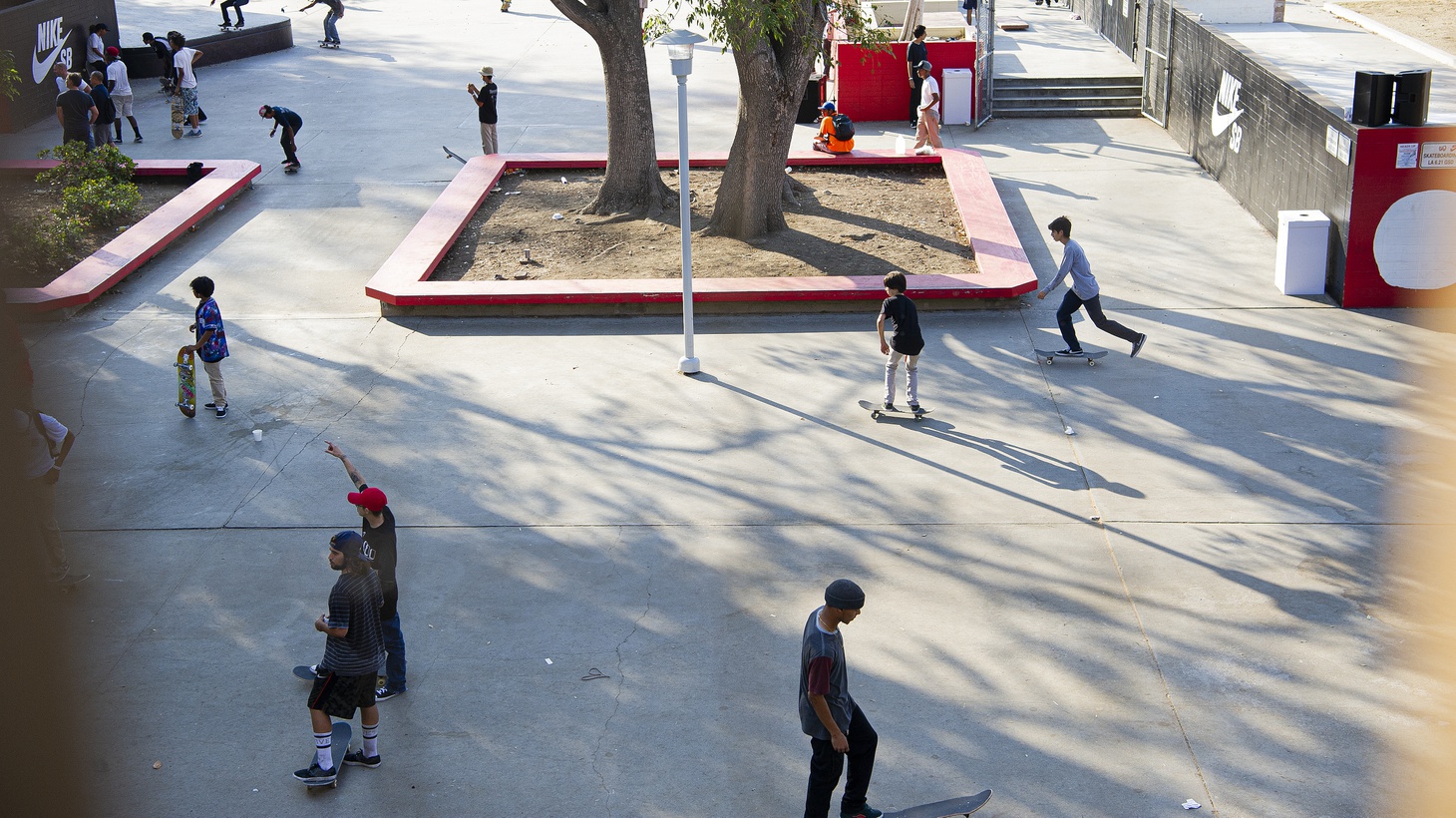 The old West LA Courthouse on Corinth Avenue and Santa Monica Boulevard is one of the most notable skate spots in Los Angeles, if not the world. The actual courthouse, with its mid-century architecture, has been closed since 2013.

With a mounting housing crisis, the city and county are working with developers who plan to tear down the courthouse, and turn the iconic skate spot into affordable and market-rate apartments, plus commercial and municipal space.

“Honestly, it would just be like an iconic spot is gone. It's like taking down the Liberty Bell to skaters. You know what I mean? It's like history,” a skater who went by “Moose” told KCRW on Saturday.

Alec Beck, public education manager for The Skatepark Project (Tony Hawk’s nonprofit), has been working with city officials to make sure skaters’ interests are included in redevelopment plans.

“This is a space that is in feature films. This is a space that's in multiple video games. This is very much like a Wrigley Field or a Fenway Park for the action sports community,” Beck notes. “So we're not opposing the development in itself. We're hoping to work with the developers. Essentially, we want to find a way to save, recycle, or replicate these elements of the original space to make sure some form of this culturally significant space is accessible for generations to come.”

Beck’s organization is rallying young people to come to meetings and share what makes the space so valuable. He says expect to see more of them at city and county meetings as the future of the courthouse is decided.

“They're getting on the microphone, they're writing letters, they're explaining why this space is so valuable to them individually for their mental and emotional and physical health, but also why it's important to the community itself and to the culture of skateboarding.”

The old West LA Courthouse skate park is up for demolition and redevelopment. Skaters want a say in new plans for the space.