A 1924 photo shows the oil derricks on Signal Hill. Photo by Water and Power Museum Archive.

Today, roughly 20,000 derricks are still active, idle, or abandoned across LA County. About a third of the county’s 10 million people live within a mile of an active well — some even right next door.

Wells are not only eyesores, but they release harmful chemicals with health implications.

According to a study co-conducted by Jill Johnston, Assistant Professor of Population and Public Health Sciences and Spatial Sciences at USC, air pollution is one of the primary concerns associated with these activities. She says these wells not only “release greenhouse gas chemicals, like methane and carbon dioxide, but also a variety of health toxins, and these can include things like benzene or hydrogen sulfide, which is a gas that smells a lot like rotten eggs.”

Many of the wells, she says, dig down several kilometers from the surface and can contaminate groundwater with toxic metals and chemicals. That’s a big problem in places like Kern County. It’s less of a problem in LA County, where we no longer use much of our local groundwater for drinking.

Many of the wells in LA County are inactive or abandoned, but Johnston says there’s evidence that these can continue to release some harmful chemicals into the air and water.

Owners are responsible for cleaning up wells once they are finished with them. According to Johnston, that means “removing all the underground equipment and making sure that the soil isn't contaminated … so it can be really restored into a place that can be safe for people to live or play.” 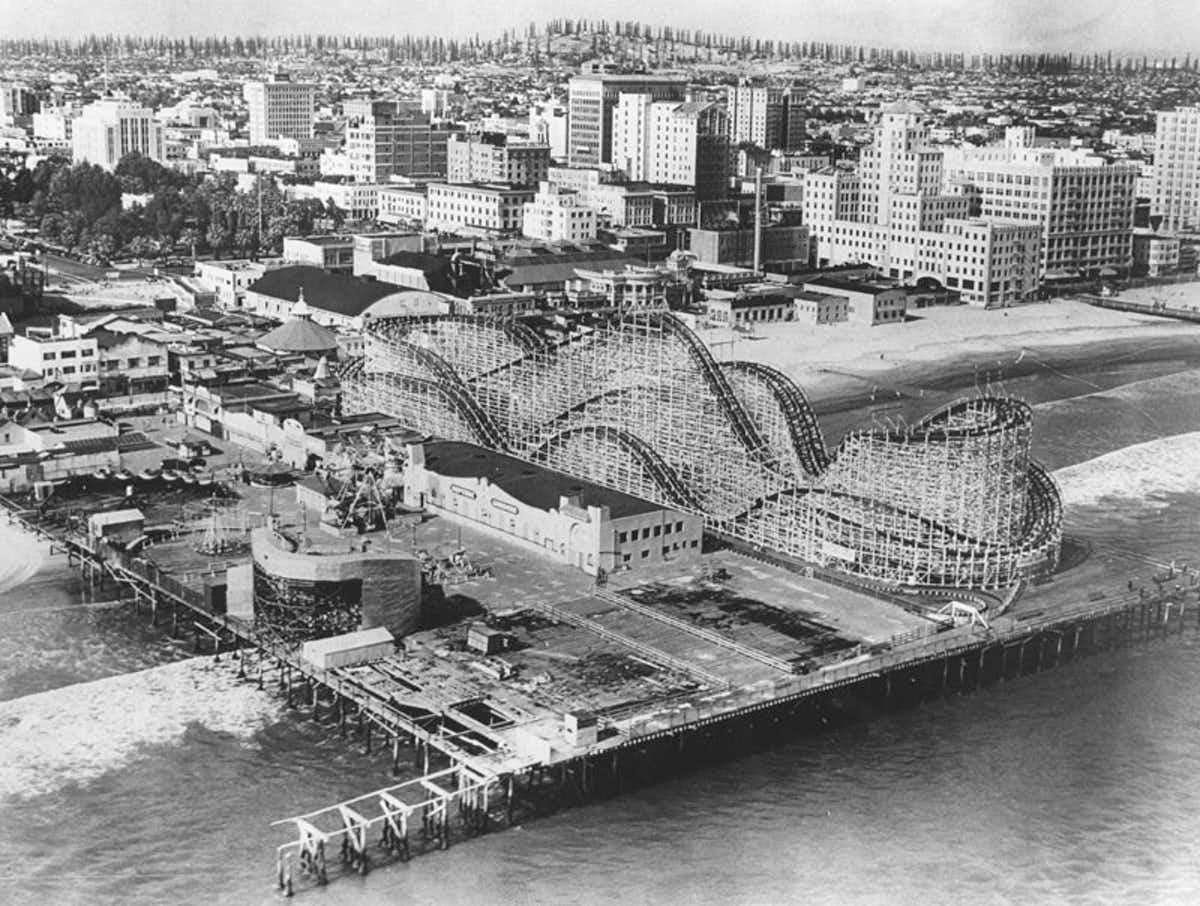 The view across The Pike amusement park and downtown Long Beach, California, in 1940 shows a forest of oil derricks in the background. Credit: Water and Power Museum Archive.

Unfortunately, she says there’s been a lack of enforcement in many cases. So there are a lot of wells that have simply been abandoned, and there is no information on how many have been properly remediated.

Johnston says the highest concentration of active wells in LA County sit in or near places where low-income or people of color live, and communities with less political power, like South LA and Wilmington.

In addition, she says, “Well sites in wealthier and whiter communities often do not use diesel equipment, which is a major source of air pollution, on site.” She goes on to explain that many wells in wealthier neighborhoods are encased in buildings, which provides some protection from air pollutants.

Unlike many other places in the country, there are no legal buffer zones required around drilling sites in LA, says Johnston. Some Angelenos live right next to active wells. But the LA County Board of Supervisors recently voted to support a phase-out of oil and gas extraction on unincorporated county land.

Johnston says the worsening climate crisis is “helping to facilitate conversations at the government level, as well as we're starting to see action around trying to address some of these legacy sources of pollution and health impacts in communities.”

Do you live close to an oil well?