A house is surrounded by the Dixie Fire near Greenville, California, U.S., August 10, 2021. Photo by David Swanson/Reuters.

California’s 2021 wildfire season is here and already shaping up to be the worst in state history (as measured by the number of acres burned). KCRW reporter Caleigh Wells asked for listener questions and you emailed, tweeted, DM’ed, and called with lots of them. Here are some answers, and if you’ve got questions, email them to caleigh.wells@kcrw.org.

What can everyday people do to help minimize the damage from fires now and in the future?

Some version of this question was by far the most common: I’m terrified, what can we do to prepare? What can regular people do to help? How can we prevent this?

The vast majority of Southern California wildfires are caused by people. LA County fire inspector Sean Ferguson says the best protection against wildfire is common sense. You can spark fires with vehicles and tools you use every day, so watch out.

“For example, your vehicle may be overheating, you don't realize how hot the undercarriage of your vehicle can be. You pull off into the side of the road, it happens to be on some dry brush. Bam, next thing you know, you've started a brush fire. Things that may seem benign, such as pulling a trailer ... and you got that chain between your car and the trailer dragging on the ground hitting the asphalt. Every time it hits the asphalt, it shoots a spark out to brush.”

He also cautions against mowing the lawn on a hot, dry, windy day, since a blade can strike a rock and spark fire.

And remember to only build campfires in designated areas, on days when the fire danger is low, away from trees and other fire fuels.

Will an air purifier help at home when smoke is blowing across LA?

Yes, and they’re a good idea. The smoke from a wildfire can travel thousands of miles and get in your lungs, even if you are well out of danger from flames. Air purifiers help, but they range in price and effectiveness. Some are under $100, some are more than $1,000. Consumer Reports came out with a helpful buyer’s guide this year.

Will smoke get in through my window air conditioner unit and vents? 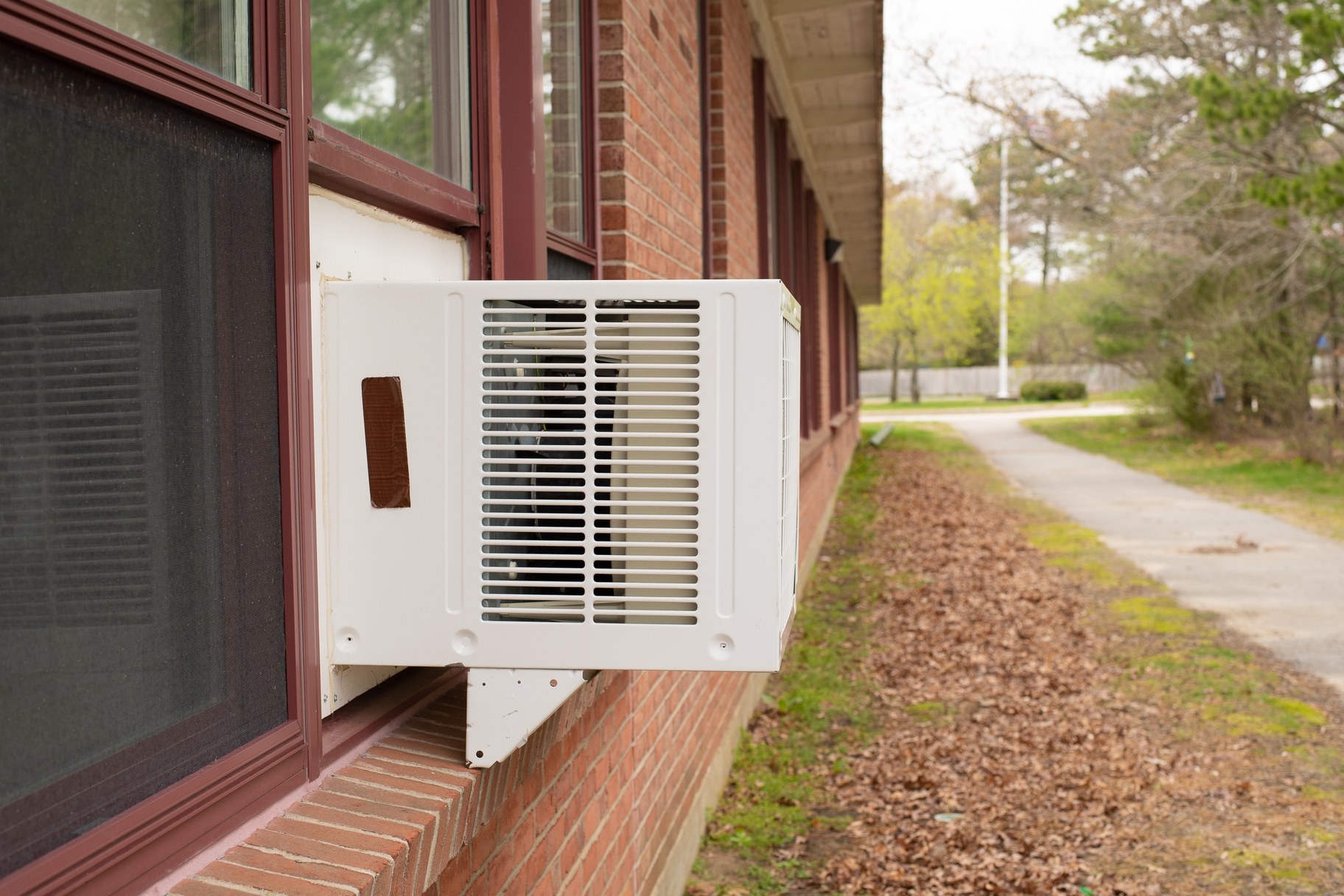 If you have an A/C unit, keep out the smoke by making sure windows are closed, and put a damp towel/cloth around the window sill, advises Ed Avol, chief of USC’s Environmental Health Division. Photo by Shutterstock.

It could. “If you have an air conditioner, keeping the doors and windows closed or sealed, or putting even damp towels or rug or cloth around the window sill if it's leaking or around the doorframe” can keep out the smoke, says USC Environmental Health Division Chief Ed Avol.

What’s a cheap solution to filter my home air?

If you don’t have access to an air purifier or an air conditioner, you can still reduce exposure by keeping doors and windows closed. Or if you can only air condition or purify one room in the house, close the doors and stay in there.

Why did my home insurance carrier just drop me when I’ve never seen fire in my neighborhood before?

Independent insurance broker Karl Susman says because of that, there are more factors than ever that go into whether an insurance carrier will cover you.

“There might be one insurance company that looks at this home for this person and says, ‘No way.’ And another one that says, ‘Well, when was their roof updated?’ They'll say, ‘Well, if you're at the bottom of the hill, we're not as concerned as if you're at the top because fire goes up.’ … Another carrier might give more ammunition and say, ‘Well, it's a very wide street, and the access is easy.’ So a fire truck can get to that area much easier than let's say another similar home, that might be even further away from the hills.”

He says in the past 10 to 15 years, that’s led to instances where your next-door neighbor has no problem getting insured while you can't find coverage.

Susman says as the climate warms, it’s not unusual to lose insurance coverage even if you’ve lived in the same place for decades and never had to evacuate for a wildfire.

“Insurance carriers in general will price for a wildfire … every 10 years. And we've been having them annually for the last several years. So they're not able to price for that. The truth is, it's almost impossible to price for something when there's an almost certainty of having a loss at some point soon,” he says.

Even if one company won’t insure your property, there could be another that weighs risk differently and is still willing to provide insurance at a reasonable price.

How do I prepare my home for wildfire?

There are two things you can do: Create defensible space and harden your home.

Creating defensible space just means making a buffer zone between the flammable plants and your home. That buys firefighters time to put out the flames before they get to your home. That includes doing things like:

Hardening your home means making it less flammable. That can include replacing flammable building materials, but also more affordable solutions that everyone can do:

And as always, everyone should have an evacuation plan with more than one way out. 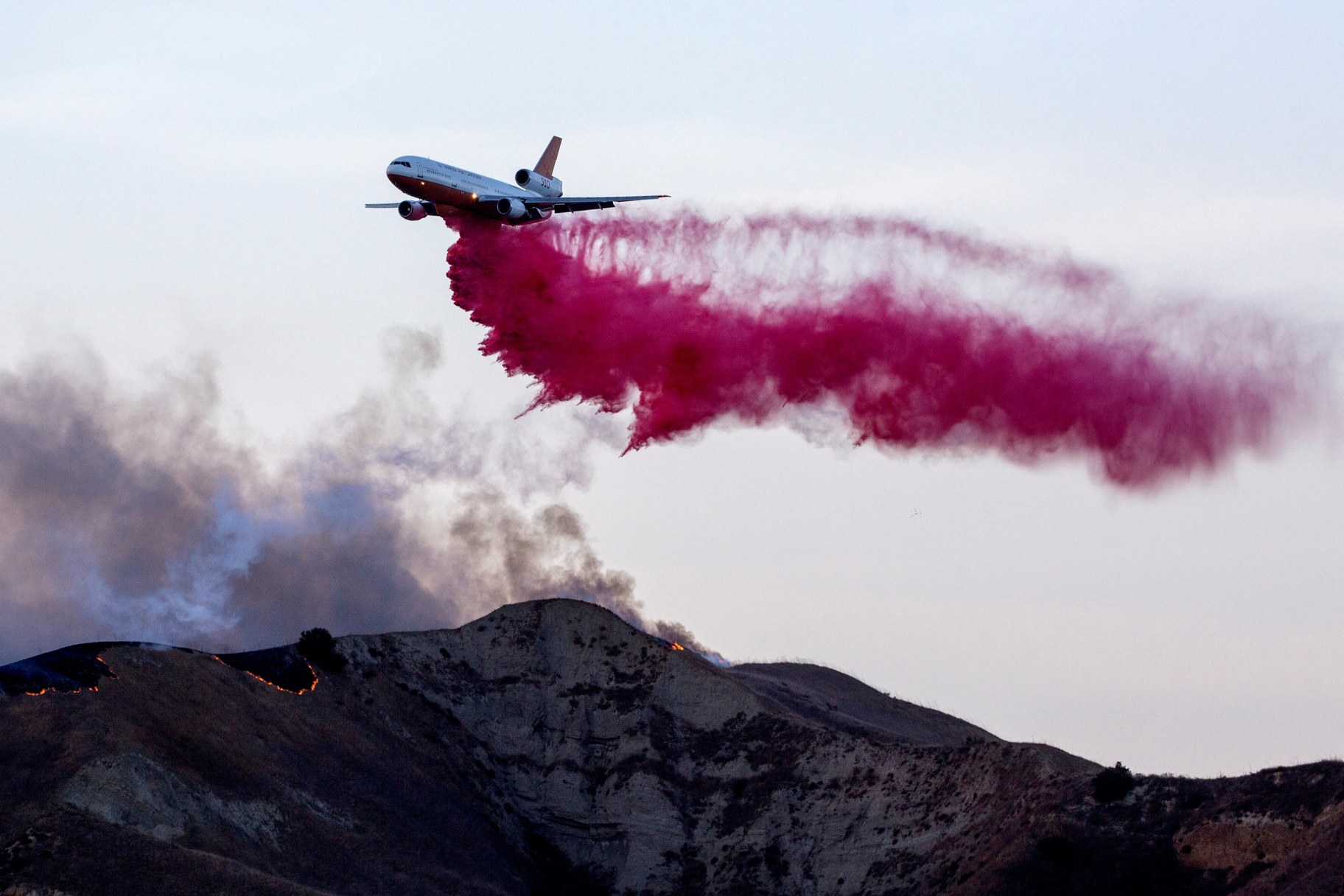 “One, it's expensive. Because you're talking about launching aircraft and dropping a finite resource, which is that retardant, over a broad area. When you think about all of the potential areas within Los Angeles County that could burn, that's a huge area,” says LA County Fire inspector Sean Ferguson.

He also says even though that orange spray is visible for months after it’s dropped, that doesn’t mean it’s effective at preventing fire for that time. “It's not something that you can just lay down and keep in place all summer long.”

How can I volunteer for a fire management program?

CalFire relies on volunteers for everything from classroom visits to home safety inspections.

The Forest Fire Lookout Association is a national organization devoted to protecting and staffing lookout buildings in forest land. Southern California has several local chapters. Volunteers spend shifts in a lookout (think very tall tower with breathtaking views above the treetops) scanning the trees and reporting any signs of fire. Many chapters train new volunteers in the spring, but training has been limited this year because of the pandemic.

Greater LA: What it’s like looking out for fires, perched up high in the Los Padres National Forest

Your wildfire questions answered: Do air purifiers work? Why did I lose my home insurance?

California’s 2021 wildfire season is here and already shaping up to be the worst in state history (as measured by the number of acres burned).

Outfest Los Angeles , one of the country’s biggest LGBTQ film festivals, starts this Friday and runs through August 22. Hundreds of films will be screened in person and...

In the new art exhibition “ Codeswitch ” at the California African American Museum, LA native Sanford Biggers takes antique quilts from pre-1900 and adds to their rich...