iFixit is a free, open source community where people teach each other how to fix everything from an iPhone to a toaster. Image by Mike Royer.

Kyle Wiens is so good at fixing things that he makes a living at it. He has a pop-up service that repairs any of your old broken stuff.

He’s on a mission to take us back to a time when there was a TV or vacuum cleaner repair shop in every neighborhood, and we fixed everything from socks to cars by ourselves. Somewhere around the 1980s, that started to change.

“The VCR was the moment where we went from every product that you bought, you could fix it yourself or you could hire a professional, and all of a sudden the VCRs were complex, cheap plastic parts,” he says. “And that was the beginning of this trend to where now, everything is disposable.

What’s true of VCRs is doubly true for iPads and smartphones. Wiens and a small army of fixers is fighting back and may change the way companies do business. It started with his broken Apple laptop in a dorm room in the early 2000s. He couldn’t find information anywhere online about how to fix it.

“I got it fixed, but it was a lot harder than it needed to be. And I did a little bit of research afterwards and learned that Apple had sent lawyers to take down all repair information on that laptop from the internet,” he says.

According to many reports, Apple won’t sell iPhone replacement parts. They’ve gone after independent repairers, and now they are suing a Canadian recycler for refurbishing and reselling some good quality used computers that they were contracted to destroy.

After several months and multiple requests, Apple did not provide comment.

“That was a corporate strategy to prevent people from making their products last longer. And that made me kind of angry. And I said, ‘Well, I can do something about it,’” says Wiens.

Since that first repair manual, Wiens created iFixit, a free, open source community where people teach each other how to fix everything from an iPhone to a toaster. 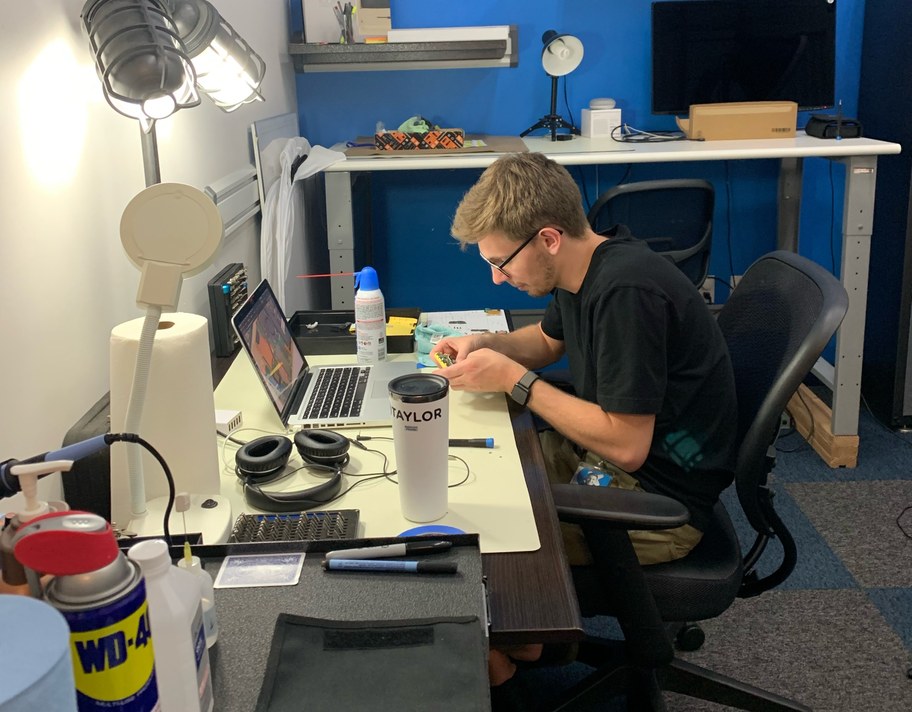 What began as a hobby is now a thriving repair business for Wiens. He says more than 10 million people access his site every month. In the past year, one in five Californians used the site, including Apple employees.

But Apple and many others may have to consider the consumer’s needs more —  if a new law passes. It’s called Right to Repair, and it would require companies to make their parts, tools and information available to consumers and repair shops. California is one of 20 states in the country to introduce a repair bill. It’s sponsored by California State Senator Susan Eggman, who represents parts of Stockton. It’s failed to pass in the State Legislature so far, but Eggman says she plans to reintroduce it.

“When we purchase something, is it ours, or do we just rent it? Because if it is ours, then we should have the right to repair that. And that goes from everything from large farm equipment down to our own personal devices,” she says. 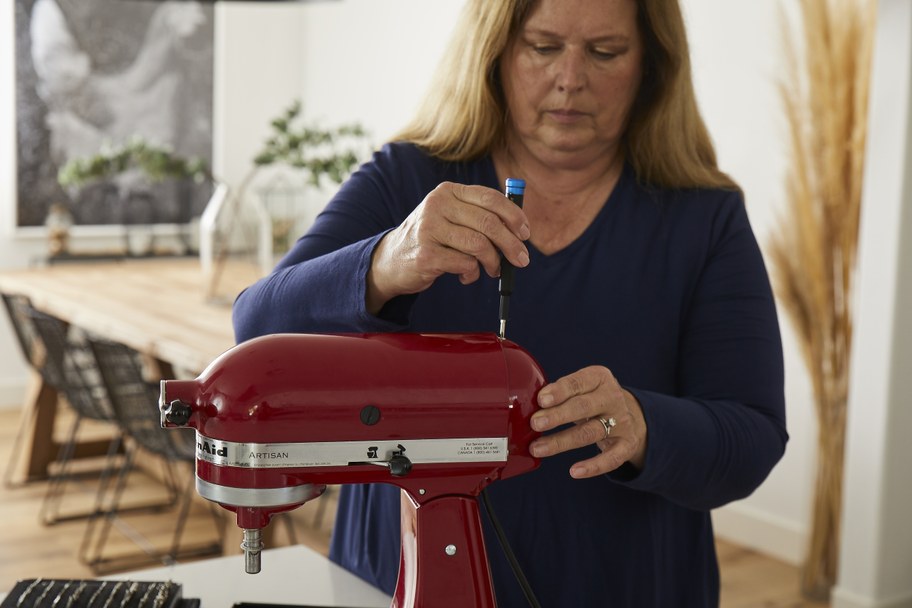 A woman repairs her own KitchenAid device at home. Photo courtesy of Olivia Webb at iFixit.

As it stands, manufacturers can use restrictive warranties, digital locks and proprietary components to make it impossible for people to fix stuff. They argue that this law would allow repair shops to hack into personal user data or steal the manufacturer’s technology and cost them their competitive edge.

But some waste experts argue the opposite could be true. Adam Minter is author of “Secondhand: Travels in the New Global Garage Sale.” He says, “If suddenly, consumers and repair shops have the right to repair things, you suddenly create an incentive for manufacturers to start creating more repairable devices. And that becomes a way that manufacturers compete with each other.”

That kind of competition seems to be happening already. Sandra Goldmark is associate professor at Barnard College and author of “Fixation: How To Have Stuff Without Breaking The Planet.” She says some companies, like IKEA and Patagonia, are already experimenting with the circular economy, through reuse and repair.

“My hope and my belief is that they're the first, but they're not going to be the only, and that X years from now, I don't know, two, five, I hope not 10, you will be able to go into almost any store and not only buy used things, you'll also be able to get service for the things you already have,” she says. 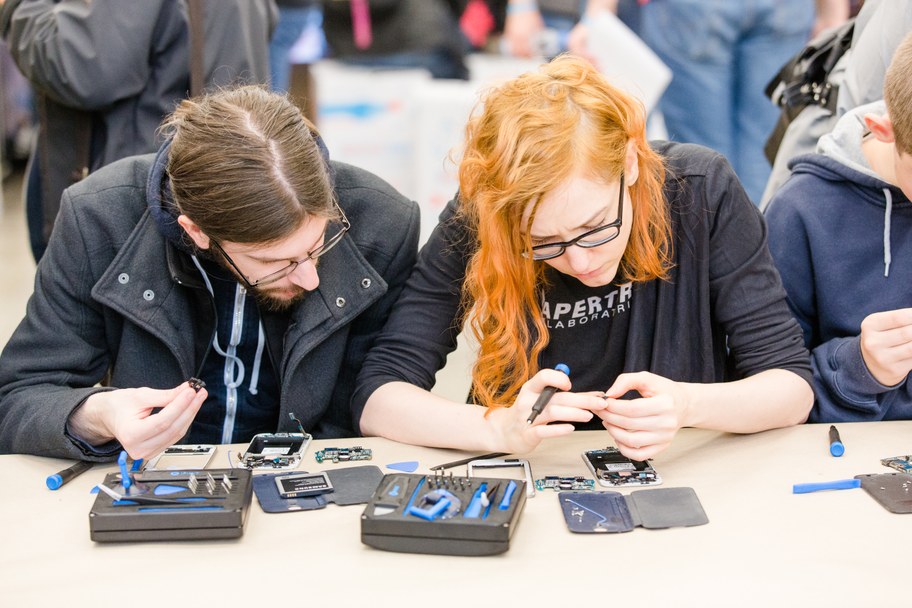 Staff from iFixit taught people at a fair how to fix their devices. Photo courtesy of Olivia Webb at iFixit.

But even if all that happens, people will still face the temptation and satisfaction that comes with buying new things, or showing off the latest model of iPhone. She says that’s natural and acceptable in moderation.

“Let's try to strip away the isms or the organizing tips or the anxiety about your clutter,” she says “Have good stuff, not too much, mostly reclaimed. Care for it. Pass it on.”

Making it easier to fix tech and cut e-waste

California politicians and environmental activists are working to pass a Right to Repair bill to make it easier to fix technology and reduce the e-waste going to landfills.

LA used to think it was exceptional. Then came the coronavirus pandemic

In LA, skyrocketing costs of living and a pandemic are highlighting the economic inequalities of a city known for glitz, glamour, and Hollywood happy endings.

New data in Orange County about who’s been vaccinated (and who hasn’t) is raising questions about how equitable the process has been.