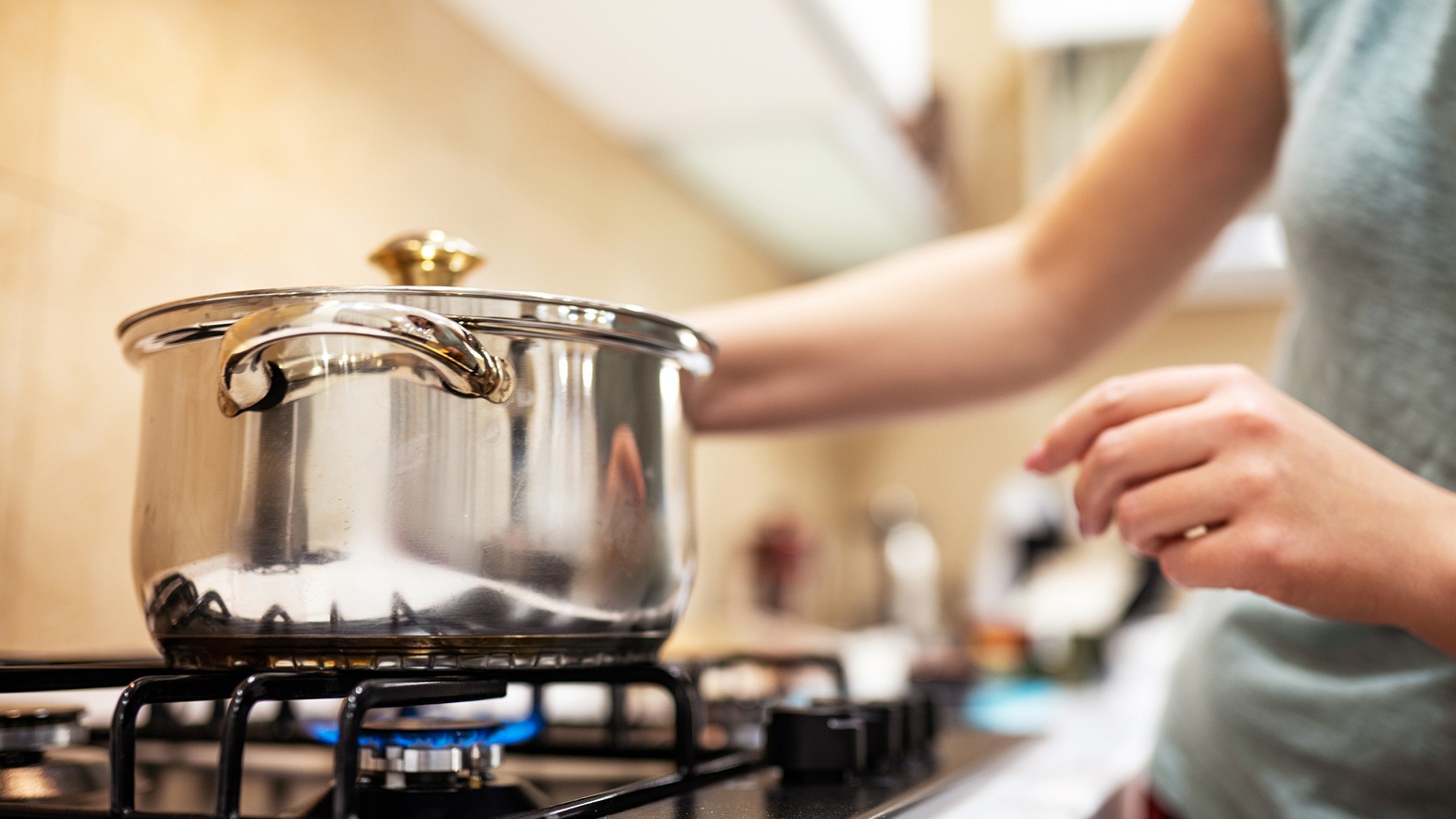 Gas or electric? Usually, this is a question about cars, but as of January 1, Angelenos may also be referring to kitchen stoves. The City Council passed an ordinance last year requiring new residential and commercial buildings to be all-electric. There are exceptions for restaurants and emergency facilities, but the prospect of no more cooking with gas reveals mixed feelings among Angelenos.

“The kiss of fire is a part of the flavor,” says Johneric Concordia, chef and owner of The Park’s Finest BBQ in Echo Park. “For example, [in] steak houses where you're able to sear a steak using a broiler, [and] Asian cuisine, using woks to cook.”

Those concerns are valid, says Steven Cooper, principal designer and owner of Cooper Pacific Kitchens in the Pacific Design Center. “The type of cooking does demand an open flame oftentimes. On the residential market, I think it's more about what we become used to, and what we're comfortable with.”

In addition to designing kitchens, shifting consumer perceptions to adapt to this new city ordinance is part of Cooper’s job. Cooper says despite the higher costs of electricity compared to gas, new electric stove technology like induction ranges actually may make cooking better.

“I think there is … a learning curve that's going to have to be adopted,” explains Cooper. “[But] from melting butter without burning it, to boiling water extremely fast … it’s a really good way and a very precise way to have control over your meal.”

Chef Concordia, who is most in control while he’s smoking meats over wood pellets at his BBQ restaurant, has used induction ranges before. But he cites wider concerns with the city making new construction all-electric.

“How do folks even have a chance to cook their food if there is no electricity available?” asks Concordia, recalling power outages that occurred in the neighborhood of his restaurant during this past summer’s heat wave. “We had to shut down operations, we had to get people out of the restaurant and safely home while the streets were blacked out. And that recurred multiple times the following week.”

One thing chefs and kitchen designers can agree on is the environmental benefits of using electric stoves over natural gas-burning ones, the most important being lower carbon dioxide emissions. But there are potential health benefits to not using gas-burning stoves as well.

“There's also a concern of indoor air pollution,” says Cooper. “Some of those emissions … our older homes were a little bit leaky. As the homes become more energy efficient, we're sealing them up more.”

Street medicine providers aim to meet — and treat — unhoused people where they are. And new state regulations are making it a lot easier for them to do that.

Last year, the LA City Council passed an ordinance requiring most new buildings to be fully electric. Without gas, how people cook could fundamentally change.