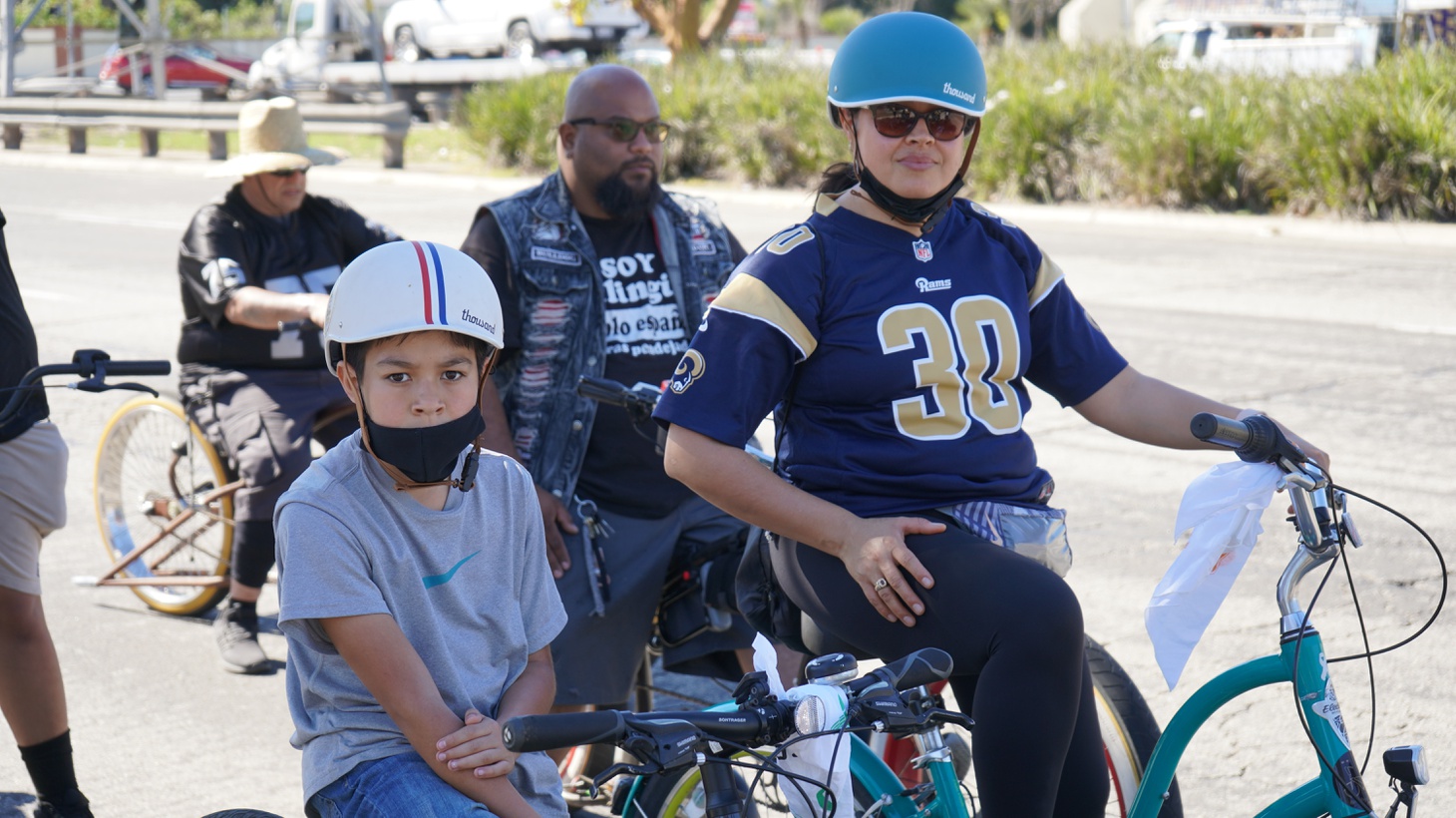 East Side Riders (ESR) is a Compton-based club that teaches people how to ride their bikes safely in LA, and hosts events for kids and families. John Jones III launched ESR in 2008. Once a month, members distribute food for unhoused Angelenos as they roll along the streets.

“We learned that there was ways to not only teach people — kids, and adults — how to ride bikes safely on the street, but to also bring drivers out of their cars and take some of these bicycle safety classes. So then when they are driving their cars, they know what to look out for,” Jones III tells Greater LA.

When the club was founded, one of the first things members did was ride through the community for hours, and on their handlebars, they carried bags filled with water, homemade sandwiches, and chips. Those bags were meant for unhoused residents. “We wanted to make sure we stayed in the communities that we lived in and serve the homeless in our community.”

Things are slightly different now — they no longer make the sandwiches, but instead give people the supplies to make their own. “It just got a little bit better than when we first started. It’s a little more coordinated, we know exactly where we are going, we know the routes, and to be honest, from 14 years ago to now, our homeless population has probably quadrupled.” 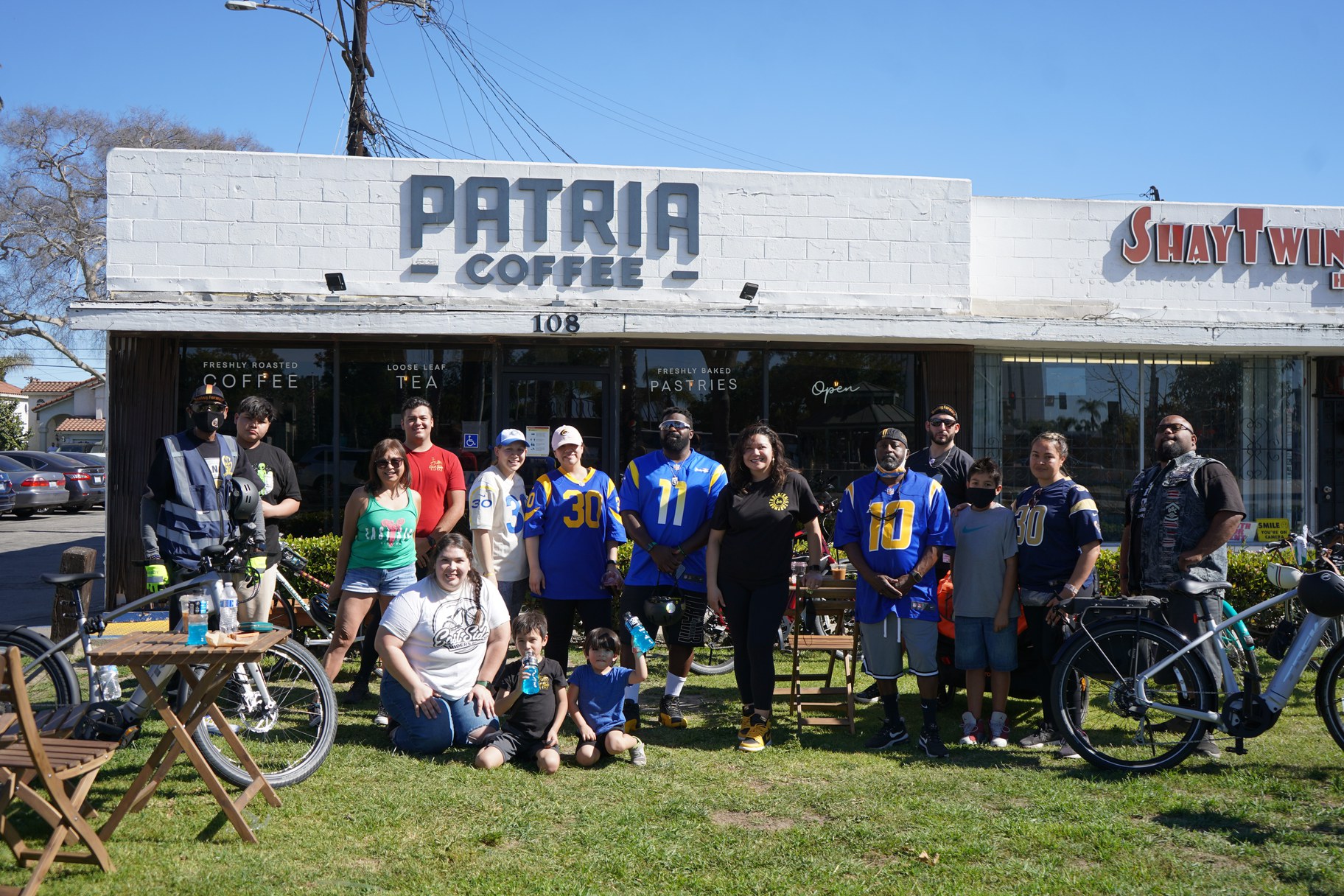 Recently, the Los Angeles Times found that LA County Sheriff’s Deputies are stopping cyclists of color in low-income neighborhoods for minor violations and searching them. Jones says that was true 14 years ago but is happening less now. 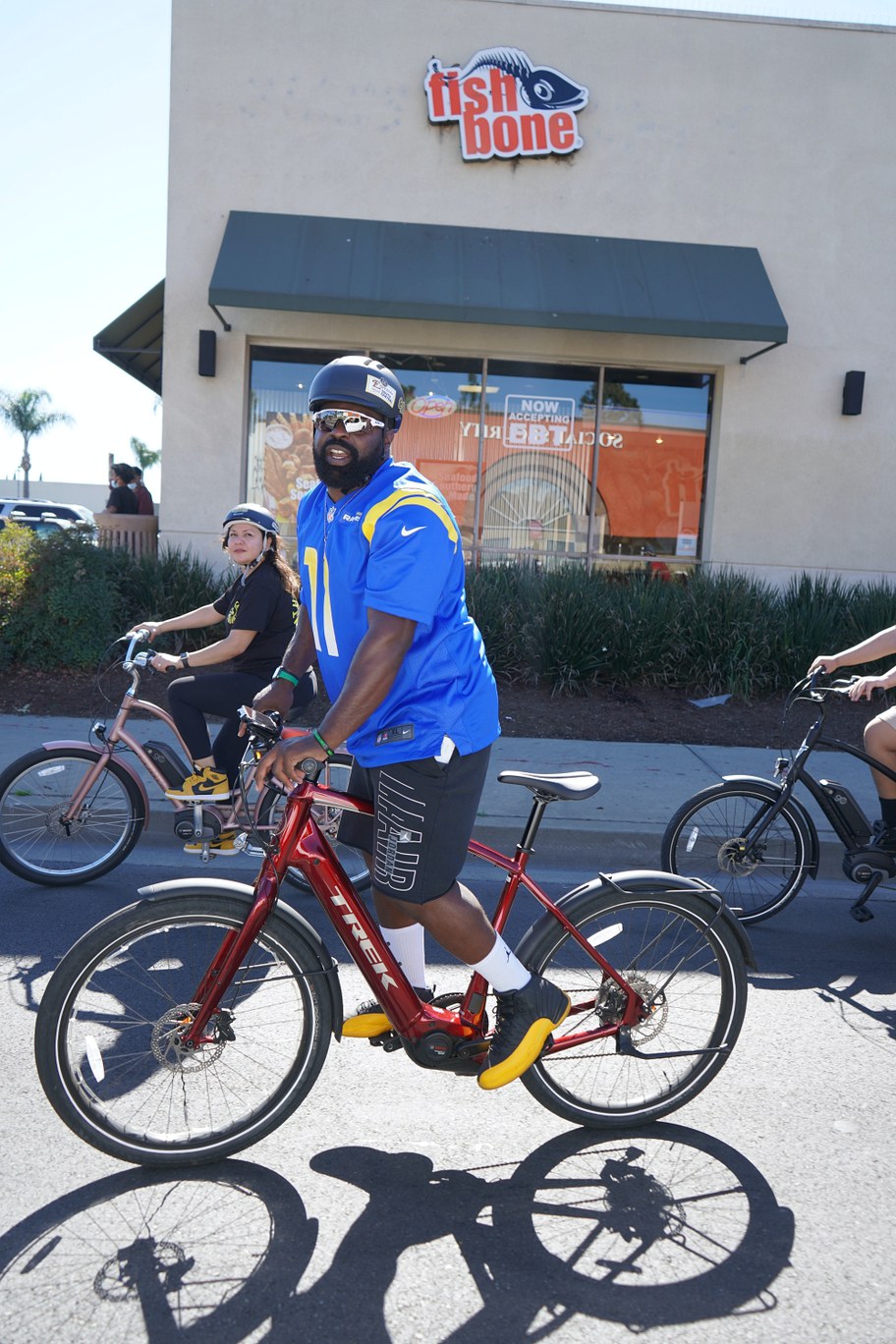 LA schools count 51,000 homeless students. They fear the problem is even worse

51,000 homeless students are in LA public schools. How are they getting help?

Kids living in unstable housing are considered homeless by LA public schools. The data reveals that hundreds of thousands of people in LA are on the brink of being unhoused.

Once a month, members of the East Side Riders club distribute food to unhoused Angelenos along their cycling route. The group has evolved since John Jones III founded it in...

The homelessness crisis remains a sore subject in LA — as revealed in backlash to a recent tweet by Gustavo Arellano.