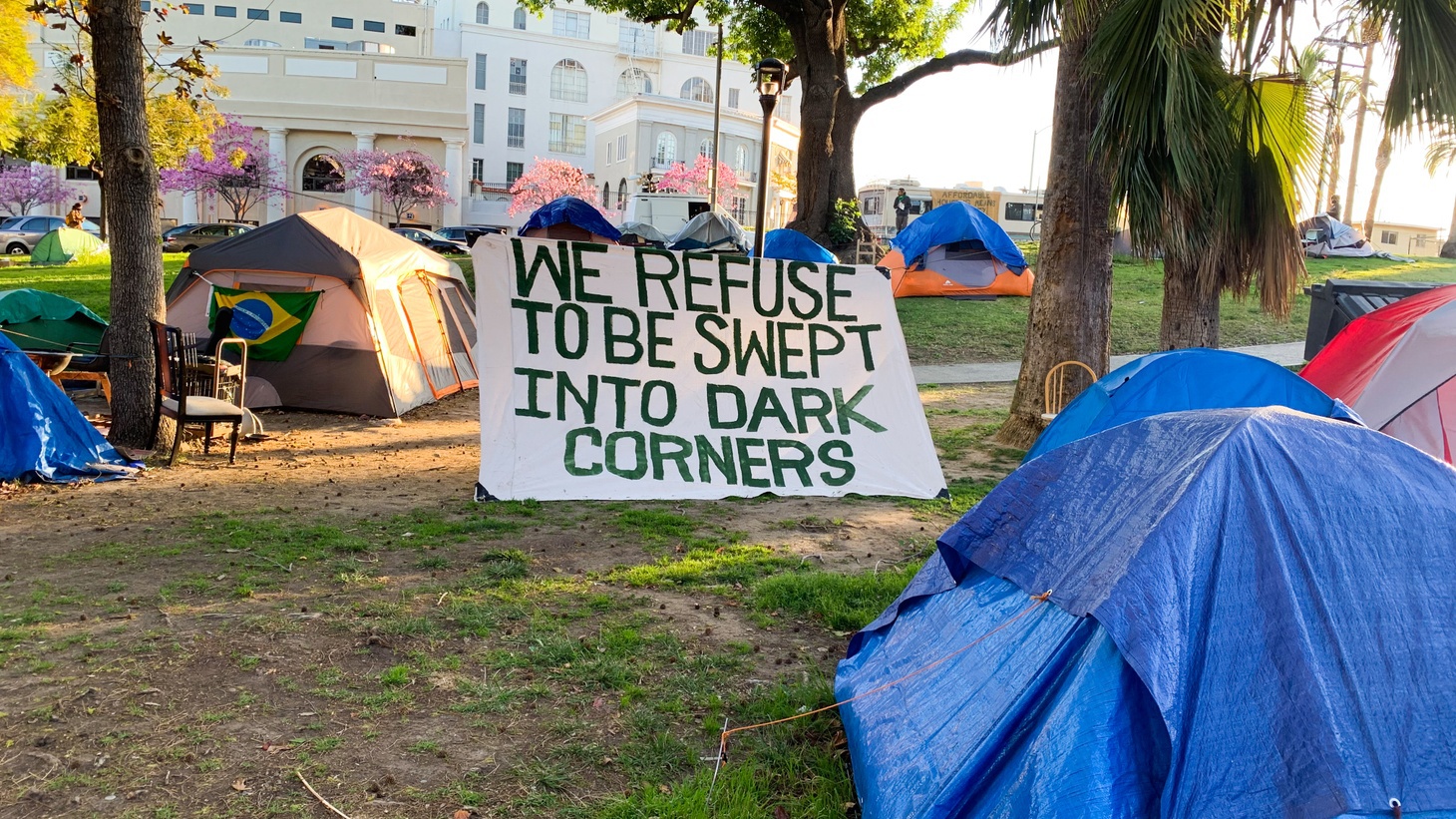 A sign by homeless camps at Echo Park Lake says, “We refuse to be swept into dark corners.” March 24, 2021. Photo by Anna Scott.

As LA County begins its count of unhoused people this week, Orange County does as well. OC is expecting higher numbers than its previous official tally. And in LA, the homelessness crisis is among the top concerns as the race to replace Mayor Eric Garcetti heats up.

Columnist Gustavo Arellano landed in a social media frenzy when he weighed in on LA’s handling of homelessness. When tweeting about the pristine shots of Echo Park Lake that were broadcast during the Super Bowl, he pointed out the lack of fencing in the shots, referring to how the city removed unhoused encampments last year. His tweet drew backlash, and he writes that even in liberal Los Angeles, views about the homelessness crisis seem to be more in line with Orange County’s.

“I just mentioned if this shot was gonna show the fence that was erected around Echo Park last may after the city pushed out the homeless encampment there. … All these people started saying, ‘Yeah, it should be there.’ … What shocked me was a lot of people on their Twitter bios — they were Democrats. … They were spewing rhetoric that seems straight out of Mission Viejo,” says Gustavo Arellano.

LA schools count 51,000 homeless students. They fear the problem is even worse

51,000 homeless students are in LA public schools. How are they getting help?

Kids living in unstable housing are considered homeless by LA public schools. The data reveals that hundreds of thousands of people in LA are on the brink of being unhoused.

Once a month, members of the East Side Riders club distribute food to unhoused Angelenos along their cycling route. The group has evolved since John Jones III founded it in...

The homelessness crisis remains a sore subject in LA — as revealed in backlash to a recent tweet by Gustavo Arellano.