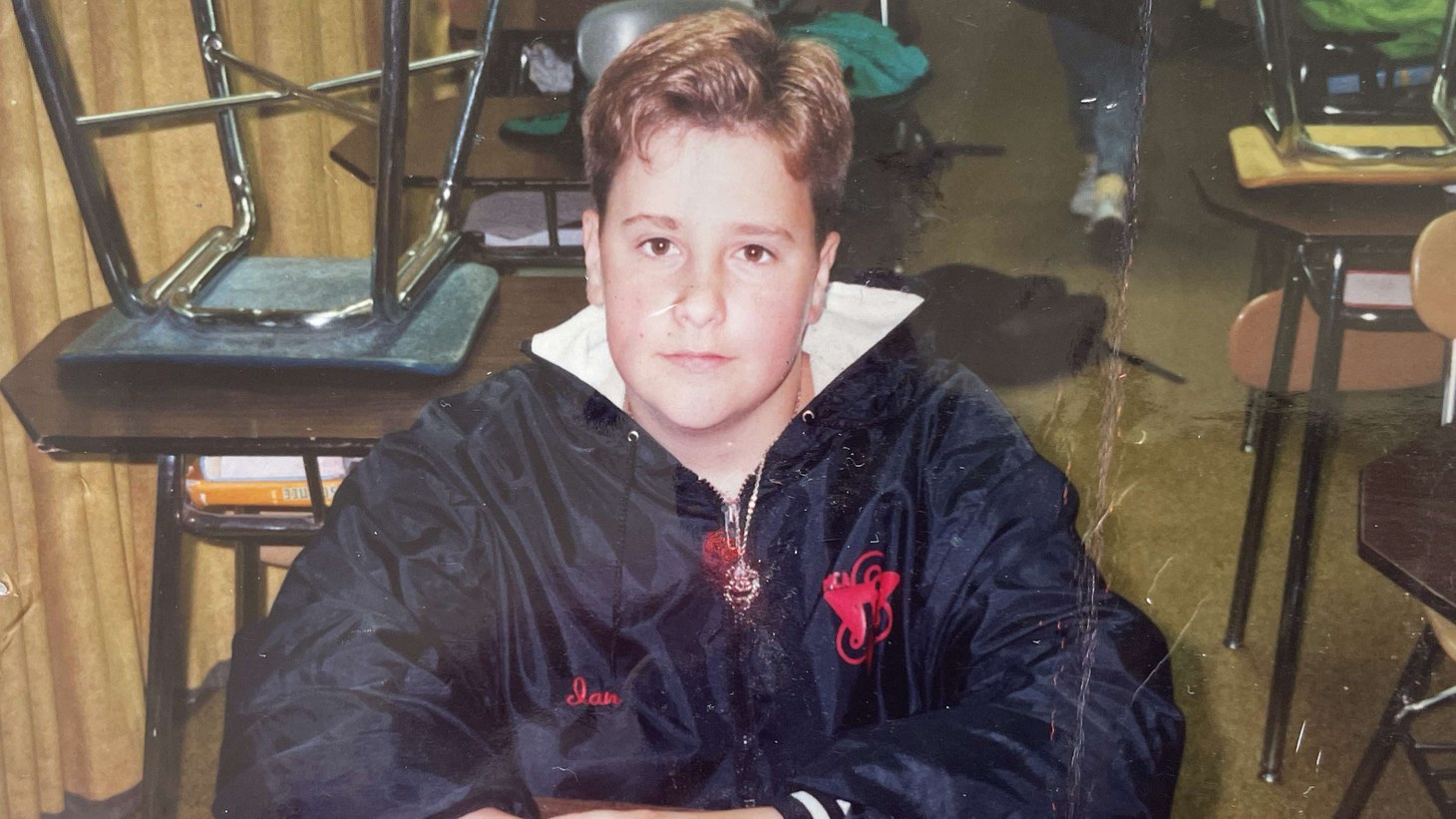 “When I was young years ago, being queer was a diagnosis and you could be segregated and separated from ‘normal kids.’ And that is a huge problem,” David Ambroz recalls of his early years in foster care. Pictured here, age 12. Photo courtesy of David Ambroz.

In “A Place Called Home,” author David Ambroz vividly recalls what it was like being raised by a parent with a mental illness, living on the streets, then entering foster care, a sytem that poses more challenges for LGBTQ youth like himself. Despite all that, he earned a law degree from UCLA, became president of the LA City Planning Commission, and is now an executive at Amazon.

“When you and your life are just so often at risk, things are burned into your memory, especially moments of profound pain or fear, very little joy. So my life began … [more than 40] years ago, homeless, where I spent the next 11 years living on the streets,” he tells KCRW.

Ambroz’s mother frequently relied on public spaces, like New York City’s Grand Central Station, to shelter him and his siblings, Alex and Jessica.

“We were those homeless people that even today in Los Angeles, we shake our heads at and wonder what to do. That was my family. And today, when I hear people say clean ‘it’ up, we were the ‘it.’”

It was tough for Ambroz to process his mom’s behavior, when simply surviving was top of mind. He says the main struggle was figuring out the next crisis and getting through it with his family intact.

Ambroz describes mental health care in the U.S. as the scarlet letter A — with shame attached to it.

“My mom has been locked in a prison for 80 years of delusion and fear that I can't even imagine. And for my mom, her behavior towards me is something that I've learned to forgive. … She is not responsible for her actions. If she had cancer, we would not be upset with her, we'd be empathetic. But [the lack of adequate] mental health care robs a lot of us of our families.”

Social services ended up taking Ambroz and his siblings to foster care, but they were housed separately.

“When I was young years ago, being queer was a diagnosis, and you could be segregated and separated from, ‘normal kids.’ And that is a huge problem. Queer kids are 20%, approximately, of the foster care caseload … double the percentage [of] the general population. There are not enough foster homes. But yet, I remain optimistic that we can do better, and I am fighting for that every single day.” 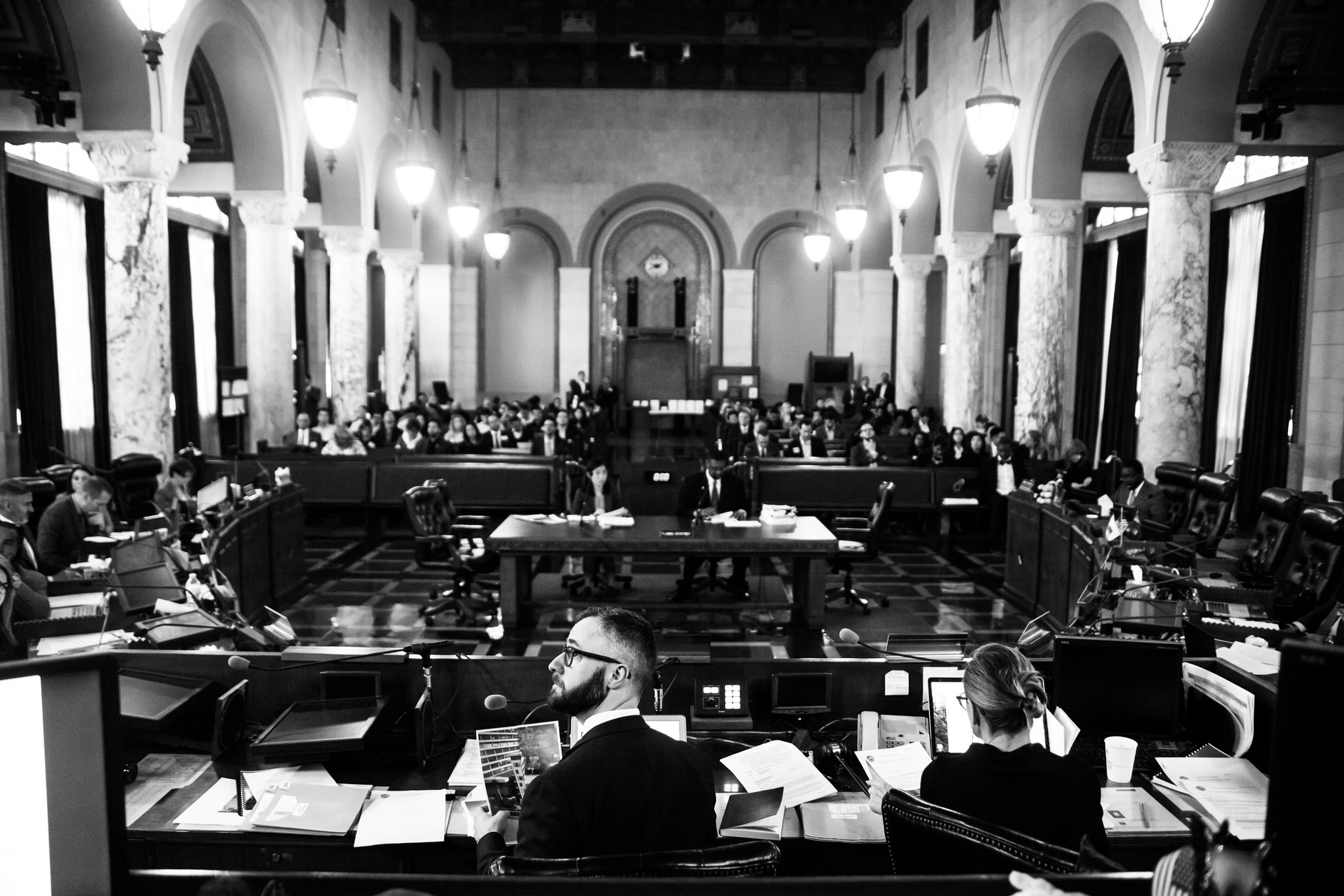 “I was able to help shape policies that helped people like my family secure housing, and make sure that they were centered in all of our thinking,” David Ambroz says of his time serving as president of LA’s City Planning Commission. Photo courtesy of David Ambroz.

In finding a way out of the system, he cites higher education as his saving grace.

And in the years since graduating from UCLA Law School, Ambroz has become an advocate for foster children and for public policies meant to help unhoused people. He served as president of the LA City Planning Commission, and has included policy suggestions in his book.

“What if we built a dorm at LA City College or a community college? … With just a few of these dorms across the state, we've ended a third of the homeless [population], we've given these kids a life skill, a vocational skill, a two-year transfer. It is a common sense solution. It is a permanent system fix. We can do this. The first step is believing that we can and then taking action.” 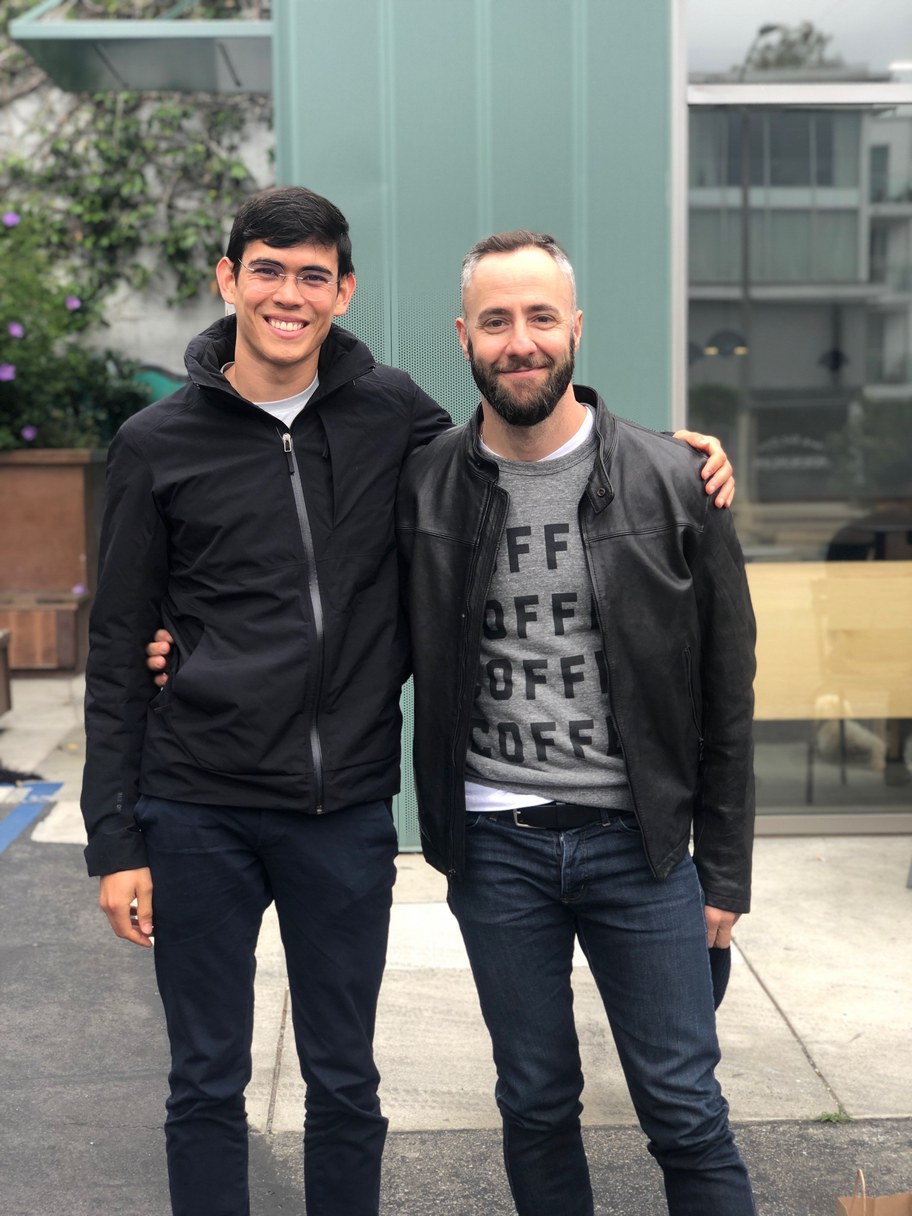 “I am grateful for all the resources the public gave through foster care … and I am a proud foster father,” says David Ambroz, pictured with his foster son, Vincent. Photo courtesy of David Ambroz.

The City and County of LA are phasing out pandemic-related eviction moratoriums. What will it mean for struggling renters and landlords?

Growing up, David Ambroz had a mom with mental illness, and his family experienced homelessness before he moved to the foster care system, which can be especially hard for...