“It began when I first went to Disneyland,” says Abrines, who emigrated from Chile decades ago. “I was amazed by the monorail there and thought, ‘That is the best thing to do on the 405’.”

Today LA Metro is entertaining that idea and three others as finalists for the Sepulveda Transit Corridor Project, which would connect the San Fernando Valley with the Westside. The proposals include two subway lines, and two aerial/subway combo lines.

Dave Sotero with LA Metro says the fastest option could connect the two communities in about 15 minutes.

“You may need to hold onto your seat while you are on the train,” Sotero says. “That is an incredible time savings compared with, perhaps, a one-to-two hour slog over the Sepulveda pass in a car.” 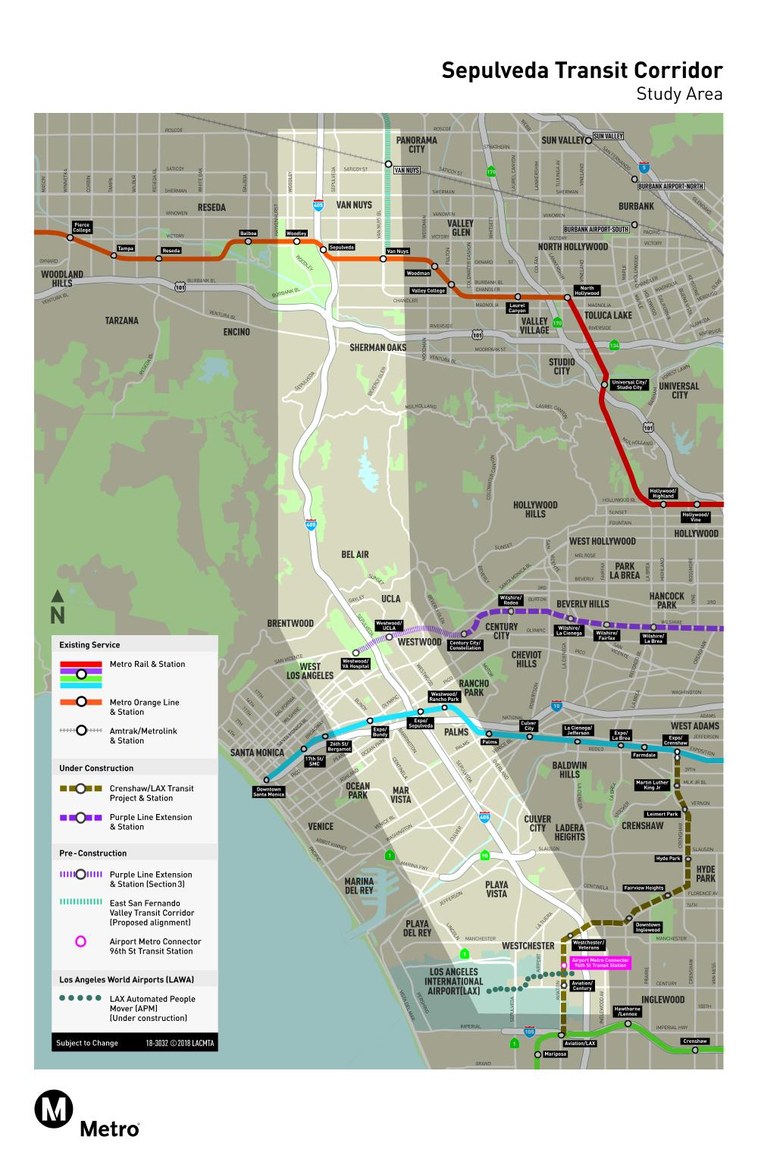 LA Metro’s plan to connect the San Fernando Valley to the Westside includes drilling underneath the Sepulveda Pass. But some plans involve more tunneling than others/ Photo courtesy of LA Metro.

But tunneling through the Sepulveda pass is neither easy nor cheap. Metro’s current estimates have construction costing between $11 to $14 billion, depending on the route. About half of the money would come from Measure M, the half-cent sales tax increase LA County voters approved in 2016.

To make up the difference, Metro says it is exploring some other funding options such as grants from the state and federal government, along with partnerships in the private sector. 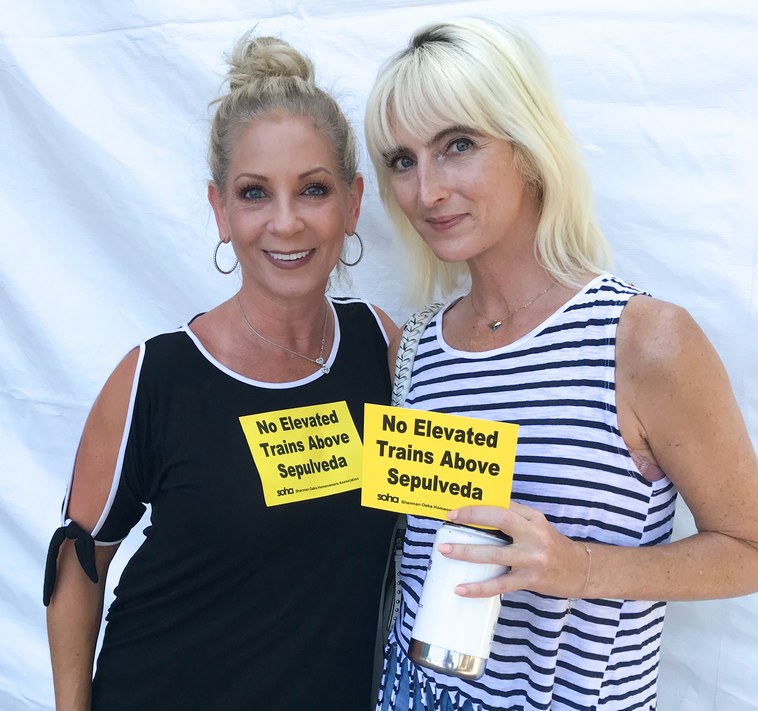 Susan Collins and Hillary Pickles (left) are part of a group of Sherman Oaks residents who oppose any plans to build an aerial tram above Sepulveda. Photo by Benjamin Gottlieb.

There is also the issue of ridership. Sotero says “the demand is there” for this line, with estimates for daily ridership hovering between 122,000 to 138,000, depending on which project ultimately wins.

Still, some local residents like Hillary Pickles, who lives in Sherman Oaks, say that more needs to be done about security on Metro for her to even consider riding.

“As a single woman... currently the transit situation is not clean [and] you do not feel safe,” she says. “The two times that I have taken it, I had somebody grab me, and I probably will never take it again for that reason.”

Whichever plan is picked, Metro has targeted 2033 as the completion date. However, there is a push to fast-track this line (and others like it) to be done in time for the 2028 Summer Olympic Games in LA.

How to alleviate LA’s congested freeways?

Why keep building freeways if they're not reducing congestion?

Evidence shows that freeway expansions don’t relieve congestion. That’s not stopping Metro LA and Cal Trans from moving forward on a $4 billion project to expand the 605...