Fritz Coleman has been providing the weather on Channel 4 for nearly four decades. On NBC each day, he has told Angelenos that it’ll be sunny and 72 degrees, or that they should expect the occasional rain or snowstorm in the mountains. But after this week, Coleman will be just another guy soaking up the sun. He’s retiring.

“Being a successful television weatherman is learning how to suffer public humiliation gracefully,” he says. “Because what happens is you make an honest effort. You don’t want to be wrong. But then later on that day, you go to Vons … and somebody comes up and says, ‘Nice job on the forecast, idiot.’ … You want to be right. And there’s quaint about not being right because then people know you’re fallible and that really connects you to them on a personal level.”

Coleman says his station has given him an astonishing career.

“I feel like I’ve pulled off the greatest scam in the history of show businesses. Going, ‘Morning clouds and fog; hazy afternoon; sun everyday’ for 39 years. I feel like Bernie Madoff with maps. So the fact that I got out of this thing — honestly, I’m beyond grateful for this amazing career.” 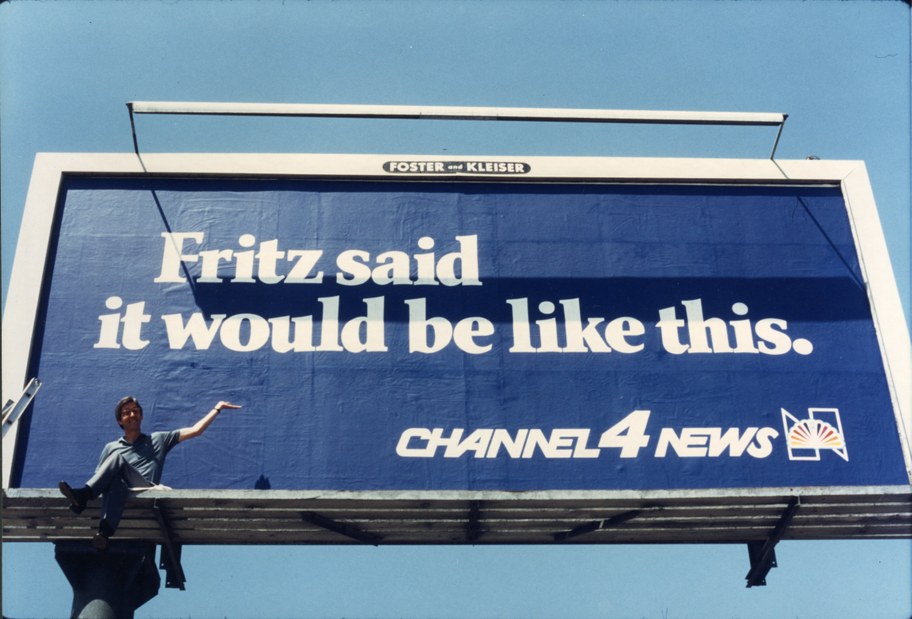 A billboard says, “Fritz said it would be like this.” Photo courtesy of NBC Universal.

He says the weather forecasting business has changed so much because of climate change and the competitive nature of news.

“Because of the number of stations doing weather, and because there’s slightly more of a concentration on science because of climate change and all those things, you can’t even get a job doing weather without the AMS (American Meteorological Society) seal. You have to have a bachelor of science in meteorology or atmospheric sciences or you don’t get the gig. So I couldn’t even have the job now. So it’s just different.”

He also admits that, well, it’s time for him to go. “I’m old. I don’t want to be standing in the green screen with a walker. So I’m saying adios at precisely the right moment.”

He wants to be clear that his decision on retiring has nothing to do with COVID-19 and the #MeToo movement.

“This has been in the works for a year. I simply extended beyond my contract because I told them I would stay through the worst part of the pandemic. And things are starting to loosen up. So I said well now it’s time to go,” he says. 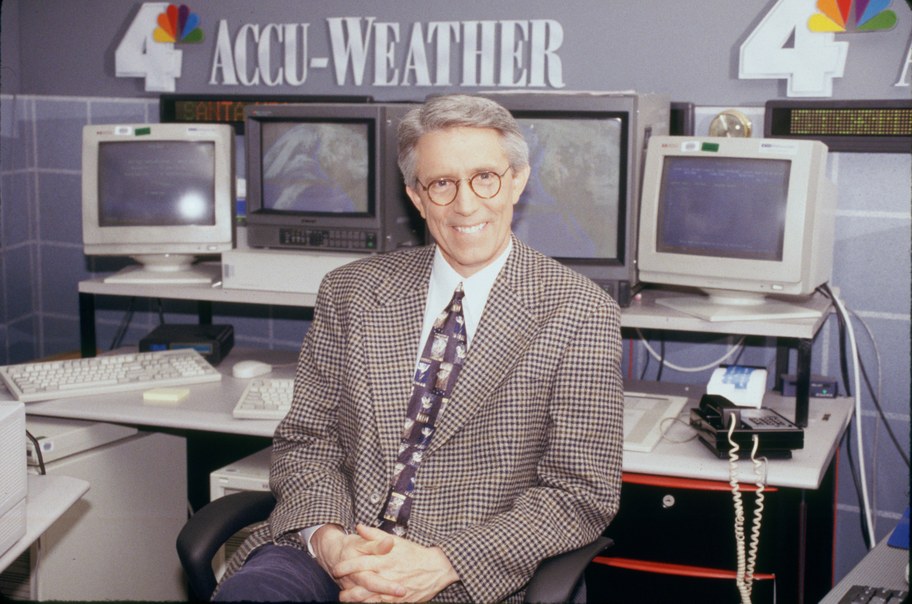 Fritz Coleman earlier in his career. He says the weather forecasting business has changed so much because of climate change and the competitiveness of news. Photo courtesy of NBC Universal.