Orbits of the G objects at the center of our galaxy, with the supermassive black hole indicated with a white cross. Stars, gas and dust are in the background. Photo courtesy of Anna Ciurlo, Tuan Do/UCLA Galactic Center Group.

A supermassive black hole is at the center of the Milky Way galaxy. UCLA astrophysics professor Andrea Ghez helped prove the existence of that black hole. Her work earned her a Nobel Prize in physics last week.

“We’ve discovered the black hole [at the center of the Milky Way] by looking for its influence on other things,” says Ghez. “So its gravity affects the stars around it and causes them to orbit for very much the same reason that the planets in our solar system orbit the sun.”

She adds, “Our experiment was all about discovering the stars at the heart of our galaxy and developing technology that would allow us to track and measure their motion. So this is an experiment that is very much about technology. So I’ve been really fortunate to have access to the largest telescope in the world.” 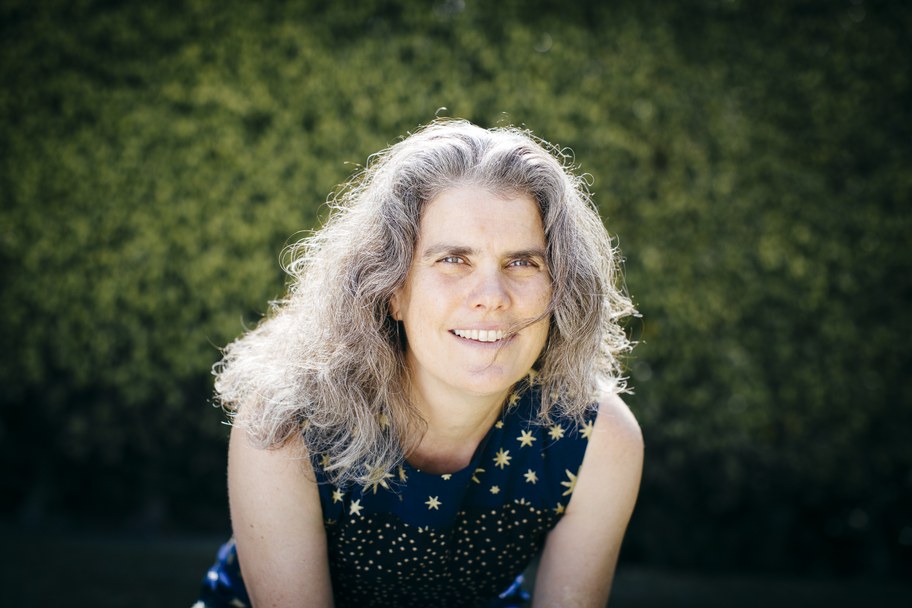 Andrea Ghez, UCLA’s Lauren B. Leichtman and Arthur E. Levine Professor of Astrophysics, has been awarded the 2020 Nobel Prize in physics. Photo by Elena Zhukova/University of California.