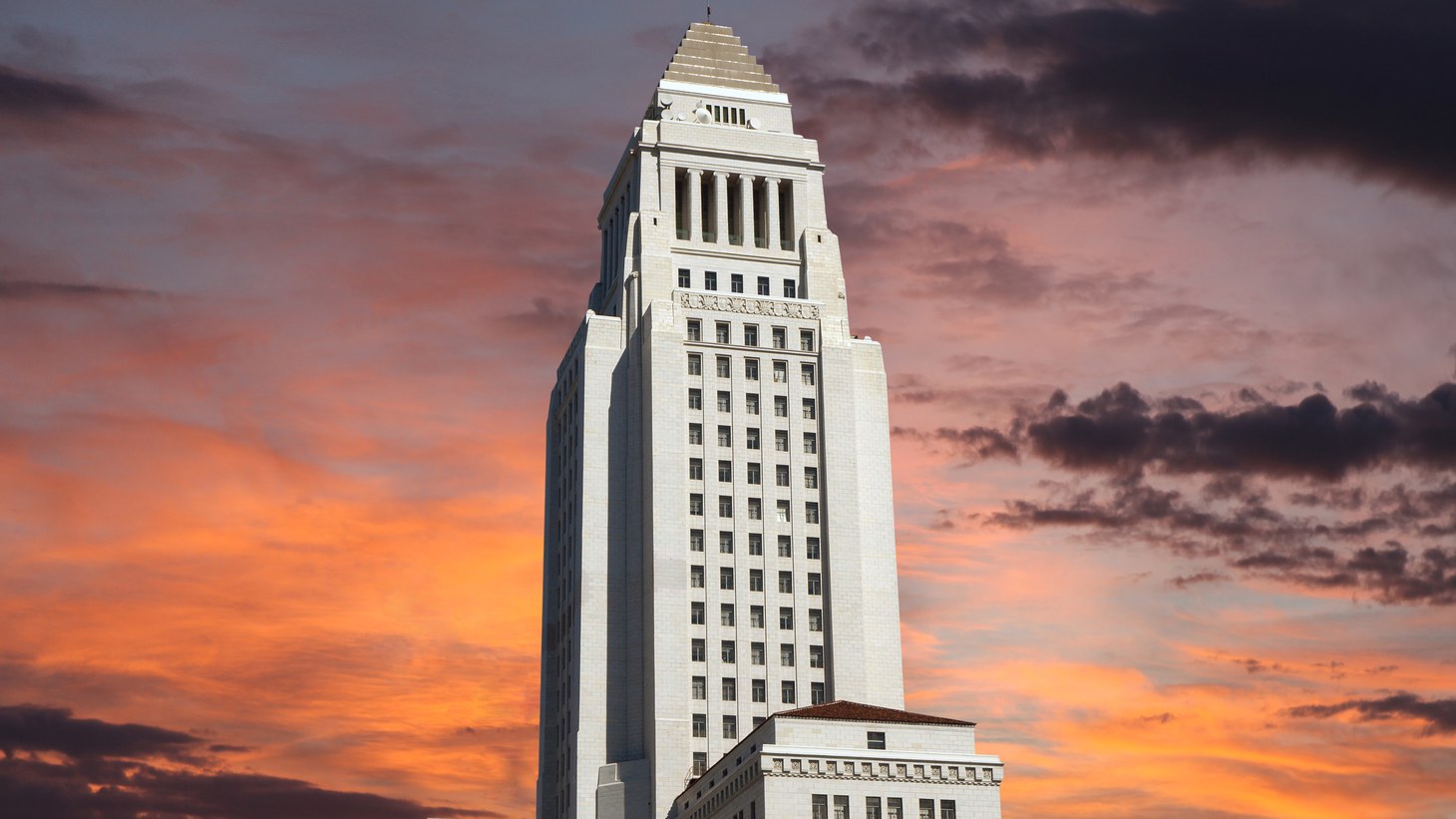 LA City Hall is seen against a sunrise sky. Photo by Shutterstock.

Protestors interrupted the first meeting of the new LA City Council today, continuing a chaotic string of days for the city’s government. It’s part of a trend that worries local officials and former LA Mayor Antonio Villaraigosa, who served two terms between 2005 and 2013.

“It's chaos … and anarchy,” he says. “I do think we need to have civic discourse. Something is going to happen if we don't put a damper on this, if we don't call it out.”

Even in more stable times, transitions between outgoing and incoming politicians are essential in maintaining a continuity of government and ensuring a successful term for the elected official.

“What you're doing is looking for talent, identifying what the first 100 days are going to look like,” explains Villaraigosa, citing newly sworn-in Mayor Karen Bass’ state of emergency declaration on homelessness as an important first move. “I'm heartened that she did [it].”

Villaraigosa expressed his concern about the city to outgoing Mayor Eric Garcetti, even going so far as to say that “Rome was burning,” an allusion to the apocryphal legend that Emperor Nero fiddled while the ancient city of Rome burned. Villaraigosa insists the reference wasn’t a poke at Garcetti, his mayoral successor, just the reality of a city that feels in crisis.

“I wasn't speaking about any one individual, I was speaking about the whole town, it just feels that way,” laments Villaraigosa. “Everybody, whether they voted for [Rick] Caruso, or voted for Bass, or some of the other candidates in the primary, want to see her succeed.”

‘Rome was burning’: Antonio Villaraigosa on LA in crisis

Protestors interrupted the first meeting of the new LA City Council today, continuing a chaotic string of days for the city’s government. It’s part of a trend that worries...

LA is a crowded and competitive restaurant market, so standing out from the noise is no small feat. With 2022 almost over, it’s time to look back at some of the best food LA...

Niky's Sports is the largest family-run chain of soccer stores in Los Angeles. They started selling a mix of sporting goods, but eventually narrowed their offerings to cater...