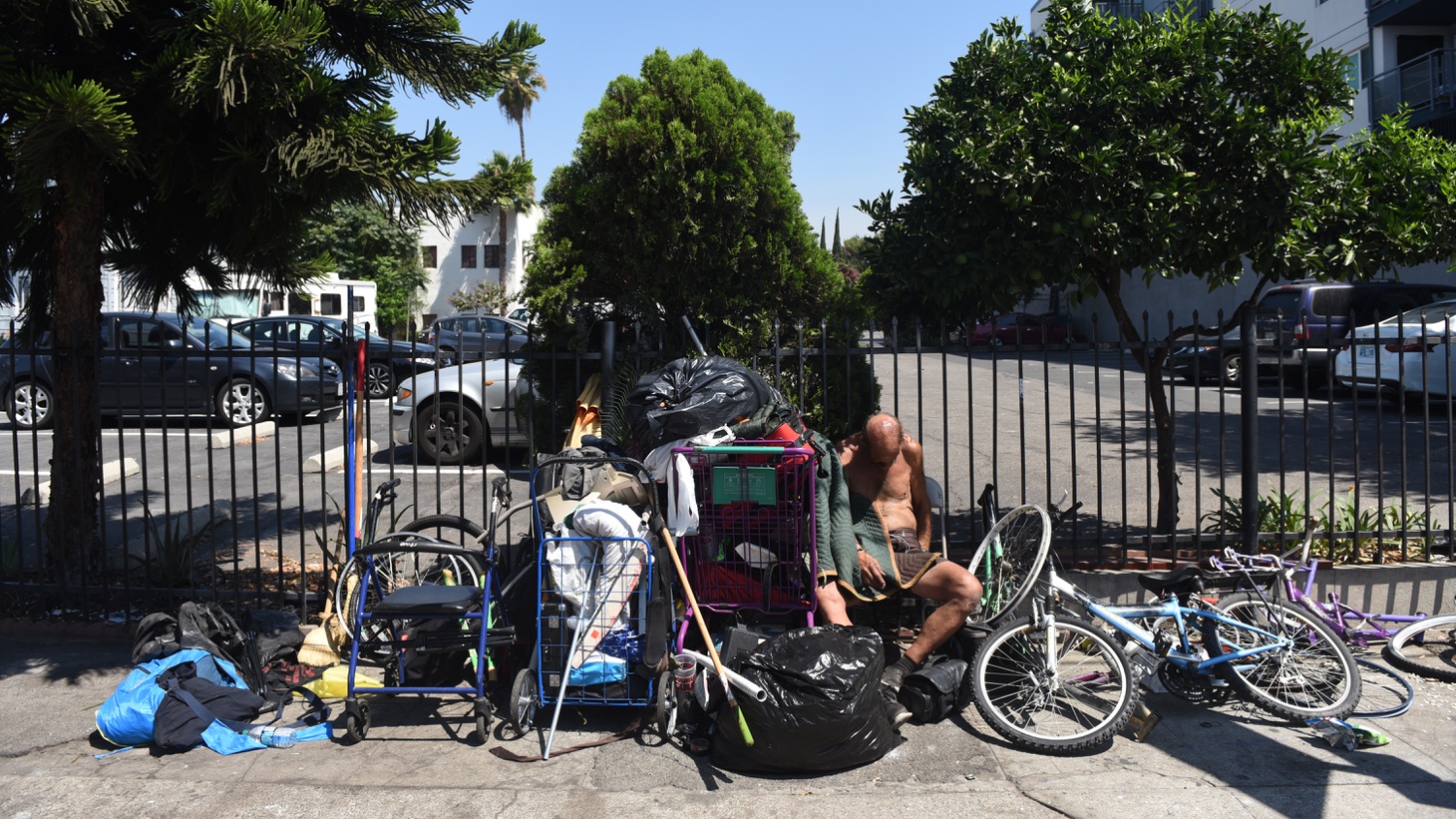 Most bike thefts in LA have gone unsolved, according to a Los Angeles Times analysis of crime data. Opponents of a proposed bike repair and sale ban say the city is baselessly blaming those thefts on unhoused people. Photo by Shutterstock.

The number of protected bike lanes in LA are up, but so are bike thefts. The Los Angeles City Council voted 10-4 to draft a law that would prohibit the repair or sale of bikes on streets or sidewalks. Supporters say it will prevent those thefts and create more space along sidewalks and streets, but opponents say it’s another way of targeting people experiencing homelessness.

“I think we have a political context this is happening in, and a practical one,” says the LA Times’ Benjamin Oreskes, who’s been writing about the proposed ordinance.

On a practical level, the large number of bikes near homeless encampments are an increased threat to the public right of way, says Oreskes. On the political level, there’s a lot of anger around encampments and a call for local lawmakers to do something about them.

“The hope here is to target what we all see,” he says. “For critics of this measure, they see it as a thinly veiled attempt to criminalize homelessness yet again.”

Over the past several years, 96% of bike thefts in LA have gone unsolved, according to a Times analysis of crime data. The question that’s hard to answer is how many of the bikes seen at encampments are among those stolen. According to Oreskes, encampment residents that he and his colleagues spoke with say they scrounge for bikes, not steal them.

“In those numbers, you see a feeling that we hear from residents, which is one of helplessness when their bike is stolen,” says Oreskes. “And then it's connected to the bikes they see in these encampments, fairly or unfairly. And there's a jump that many people make as a result of that.”