Like the rest of the San Gabriel Valley, El Monte, and South El Monte are now home mostly to people of color.

And like the rest of greater Los Angeles, they used to be racially segregated. For a long time, the telling of their history was too.

One narrative about El Monte’s past tells of white pioneers who came out on the Santa Fe Trail before the Civil War and settled a wild frontier; but there’s also the less-celebrated story of the laborers of color who fled dangerous situations to work in its fields and factories.

In 2012, the city honored the former narrative in its hundredth anniversary celebration “using a lot of the imagery of the covered wagon,” says journalist and South El Monte native, Carribean Fragoza. “And that history as we know excludes people of color.” As of the 2010 census, the two El Monte’s were mostly people of color. 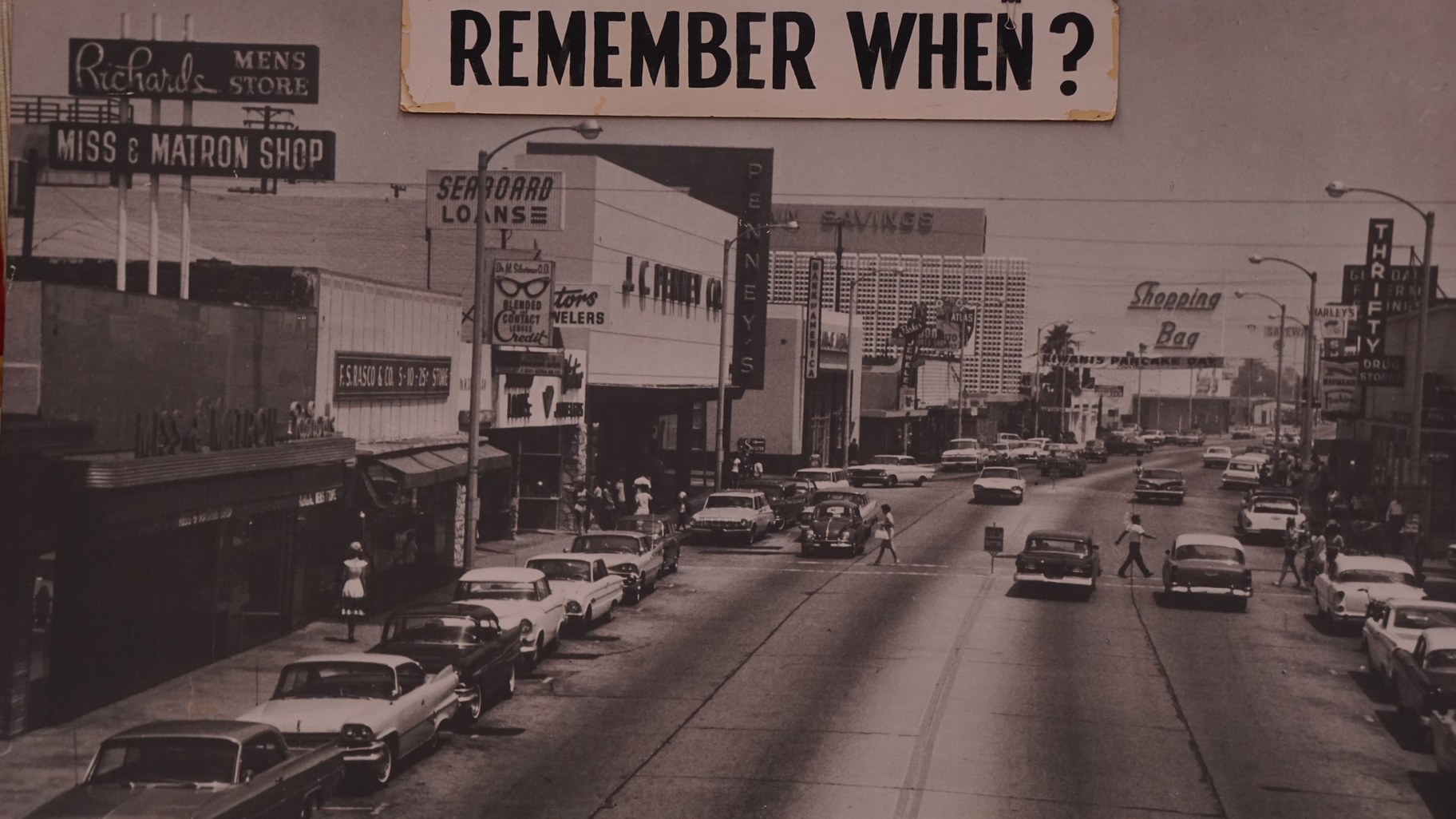 The project is an attempt to fill in El Monte’s narrative with more relevant, but lesser-known aspects of local history: indigenous rebels, interracial rock n’ roll concerts, the Asian-American working class, and muralists. None of them left as celebrated a mark on the cityscape as the pioneers and their descendants did. The point isn’t just to challenge the pioneer narrative, Guzman says, is “to be historically accurate.”

“In the 1930s we started seeing these quote unquote ‘pioneer parades,’” says Guzman. These festivals could be several days long, he says, and told the story of a southern wagon train that included the area’s original settlers. “And what happens is after a couple years of doing this in the 1930s, they eventually create the El Monte Historical Society.” 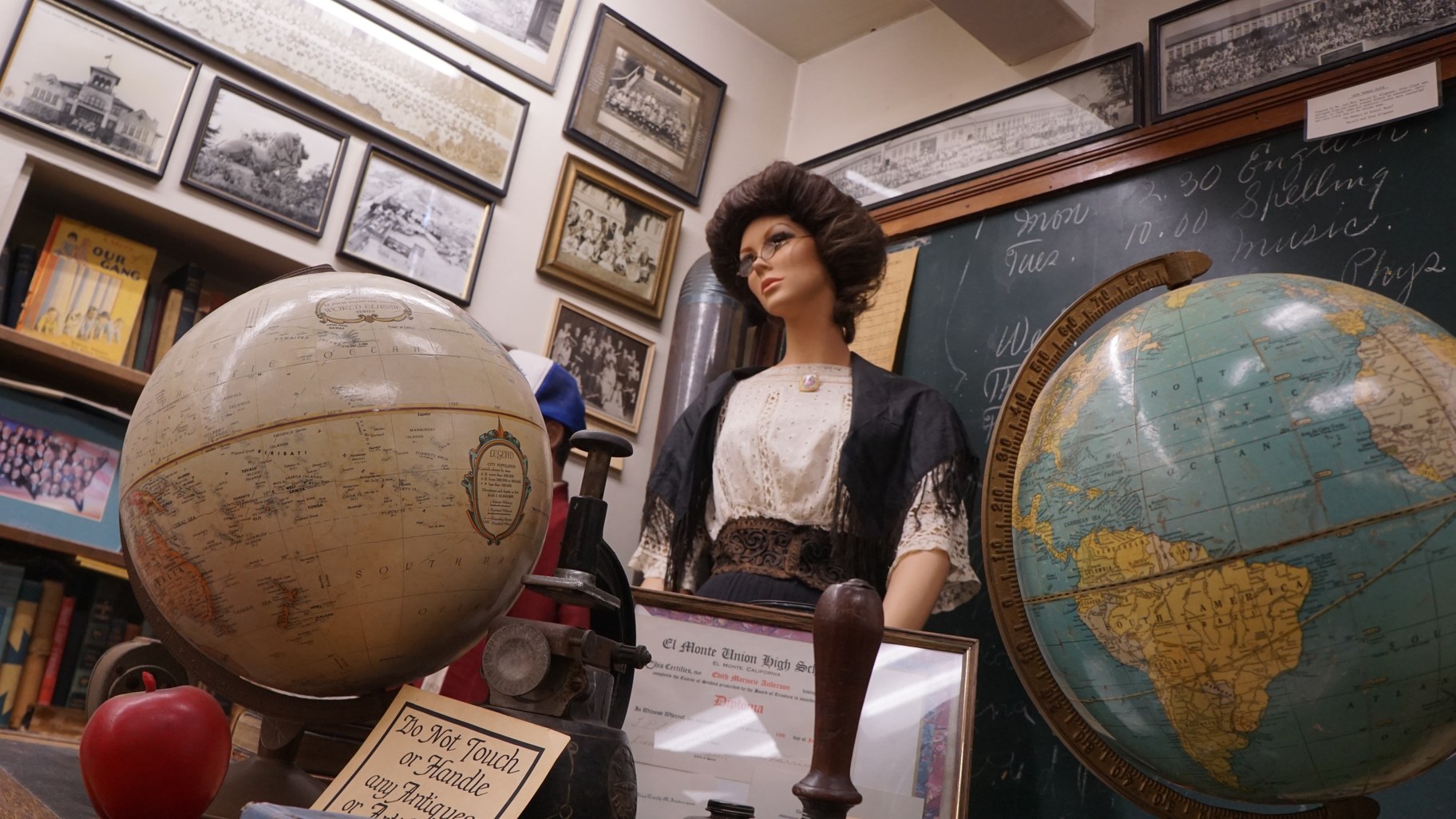 The descendants of the pioneers were the town’s earliest leaders. In 1958, they established the El Monte Historical Museum in the old city library on Tyler Avenue. It’s an award-winning collection, rich with late 19th and early 20th century antiquities.

The museum also holds a historical manuscript written in 1936 by the Works Progress Administration under the New Deal which asserts, “El Monte has no Spanish, Mexican or even Indian background... It bears the outstanding distinction of being the first purely and strictly American settlement in Southern California.”

Groups from Texas and Oklahoma established successful farms here between the Rio Hondo and San Gabriel Rivers, instead of seeking fortunes panning gold in Northern California in the 1850s.

“Monte was known as a rest area,” says the El Monte Historical Society’s Vice President Chuck Hoffman. “People were going to the church, to the Los Angeles Pueblo — they would stop here and rest. They had feed, they had water, but nobody really lived here.”

There may have been unsettled parts of the floodplain, but it was not uninhabited. Wealthy Californios owned parts of the Monte area prior to the Mexican-American War in 1849. Before them, the land was owned by the Spanish Mission system. And before that, the Tongva Native American tribe had villages here. 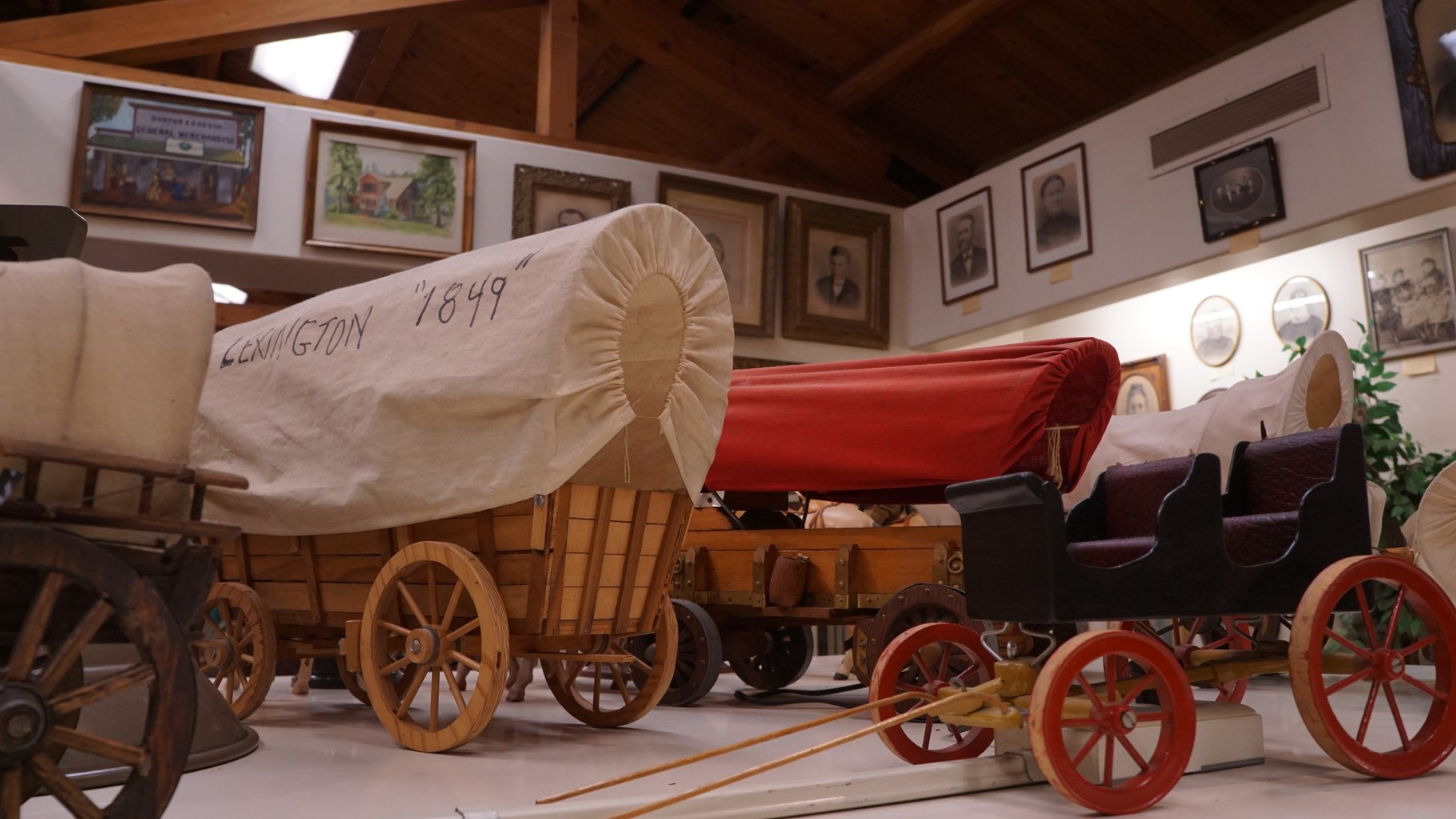 After the Mexican-American War, the Treaty of Guadalupe-Hidalgo’s call to preserve old land grants was disregarded. “We can think of American pioneers as essentially all being squatters,” Guzman says.

Some of them staked their claim by force. They were called “the Monte Boys.”

“They were former Texas Rangers,” says Hoffman. “They could shoot from a riding horse.” The group carried out lynchings and manhunts against real and suspected bandits.

“They’re much closer to sort of vigilantes whose sense of justice is very much dictated by their own sort of whiteness,” says Guzman, whose book describes arsons, decapitation, and intimidation of people of color.

“We have our good past and we have our bad past,” Hoffman laments, “but no we don’t have any artifacts about the Monte Boys.” 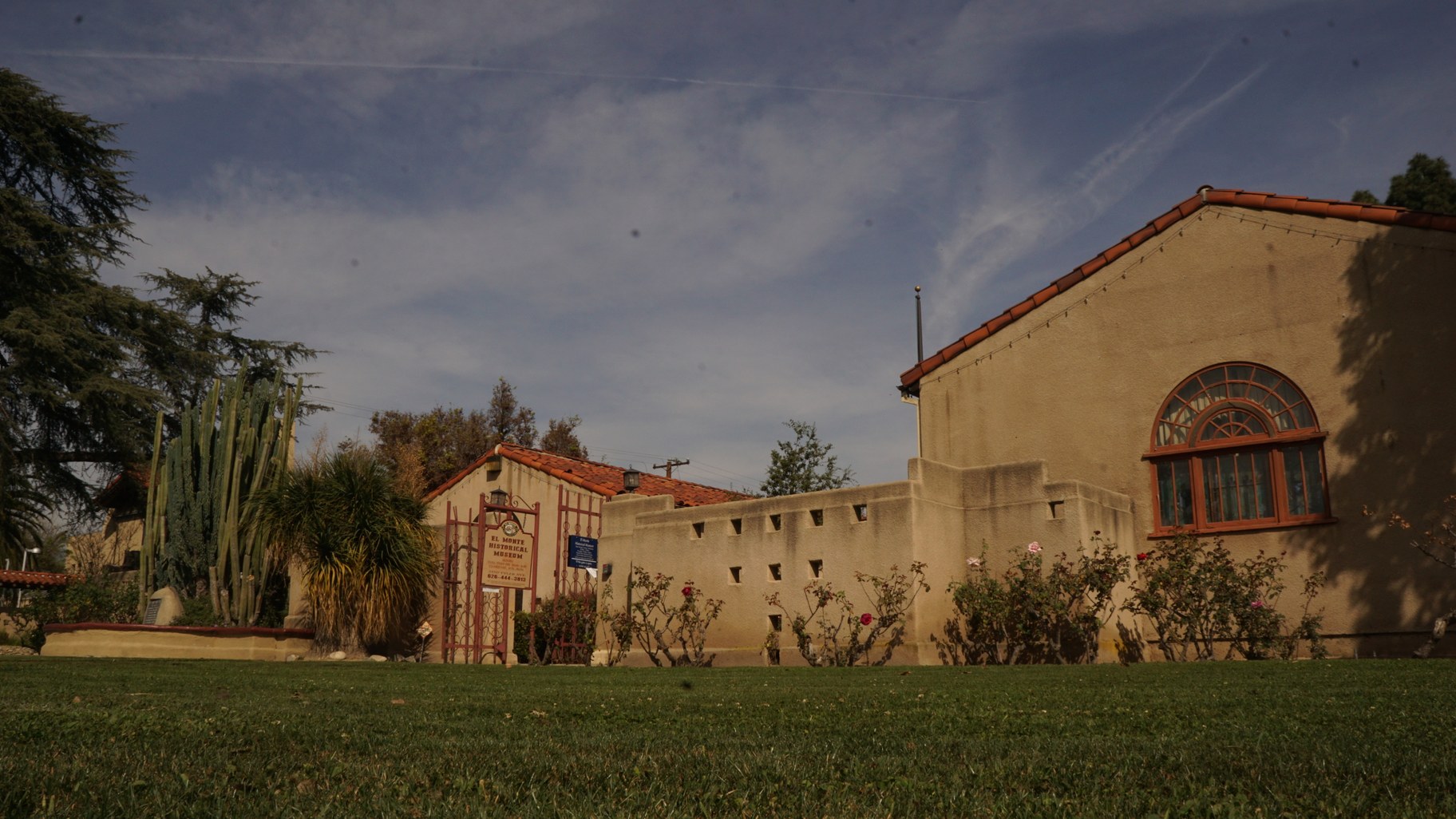 Another part of El Monte’s past that won’t be found in this museum is segregated housing in the 1900s. The Historical Museum’s current leadership acknowledges that it happened, but it wasn’t part of what its past programmers chose to fill it with. 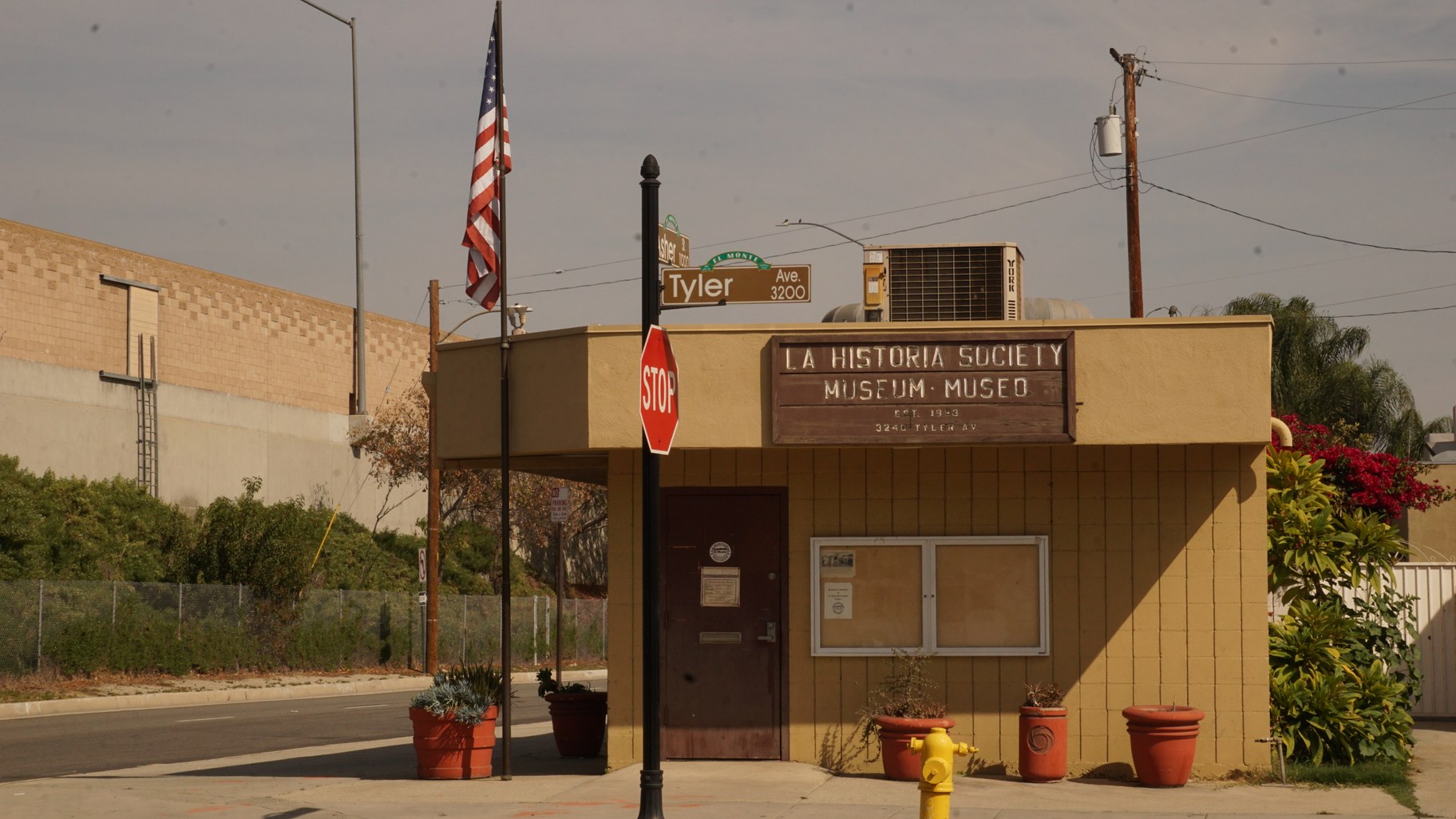 To get more information on the area’s immigrant labor camps, whose residents worked in El Monte’s farms, the museum’s director Cathy Eredia says you have to go up Tyler Avenue about one block to La Historia Historical Society Museum.

It holds a large collection of photos from the barrios on the outskirts of town,where Latinos were allowed to rent. The largest was Hicks Camp; it began in the 1910s and grew into an unplanned shantytown with its own church, pool halls, stores, and more than one thousand residents. It existed until the 1970s. Former El Monte Mayor Ernie Gutierrez grew up there in the 1930s, and told the East of East team about it in an oral history. 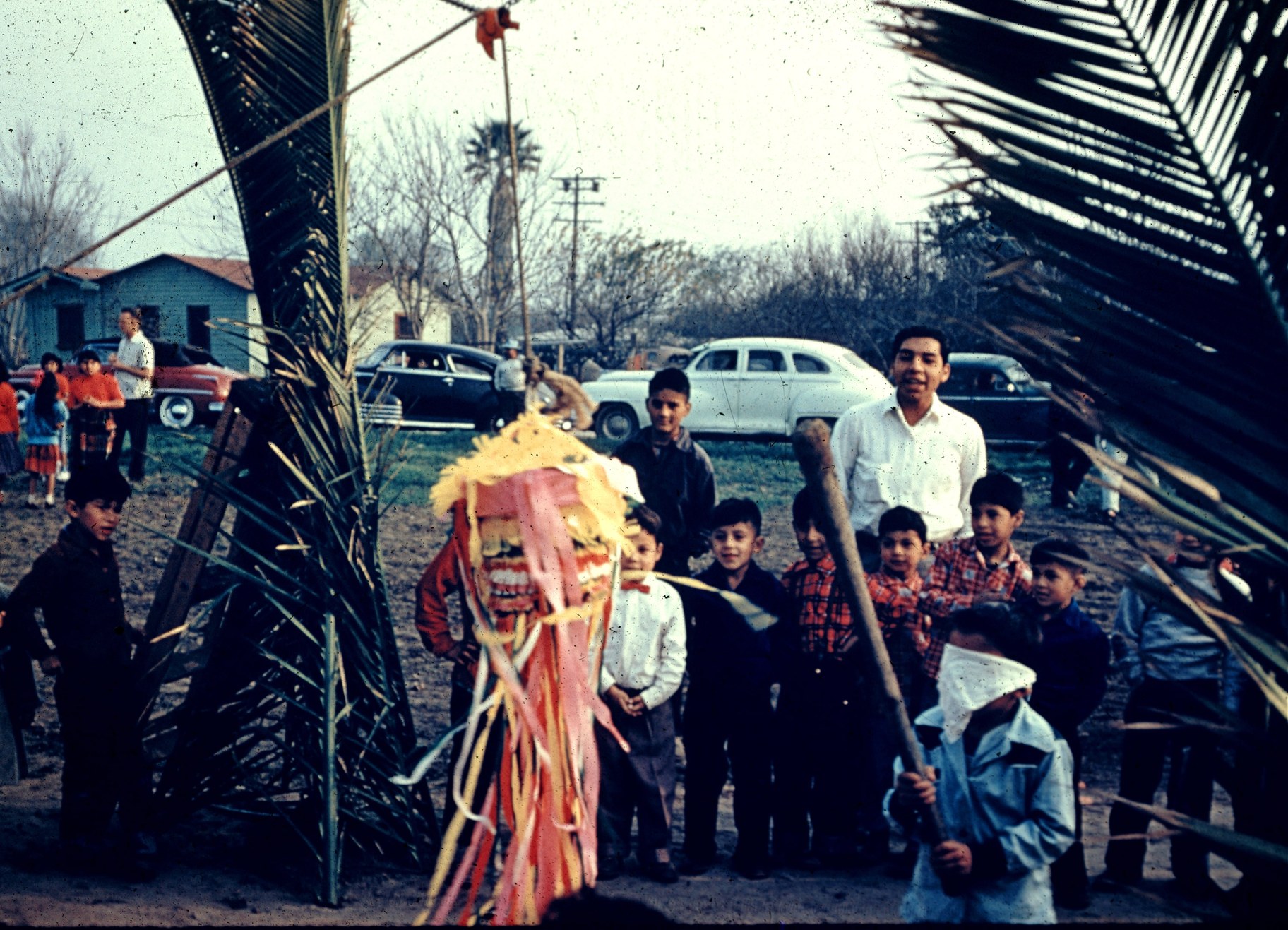 “Hicks Camp was a dirt farm camp that had no streetlights, no stop signs, no street signs, no curbs, no gutters,” Gutierrez once told East of East,, “and potholes that you stopped counting when you got to a thousand.” Eventually in 1958, Fragoza says that the city of South El Monte was founded as a place where people of color could purchase land and build their homes.

The late Gutierrez and his wife Olga were part of a coalition of former residents of the barrios that founded La Historia in 1998. It began in the back room of the El Monte Historical Museum. Now they’re separate entities. “They wanted to have control of their story,” says Rosa Peña, President of La Historia. 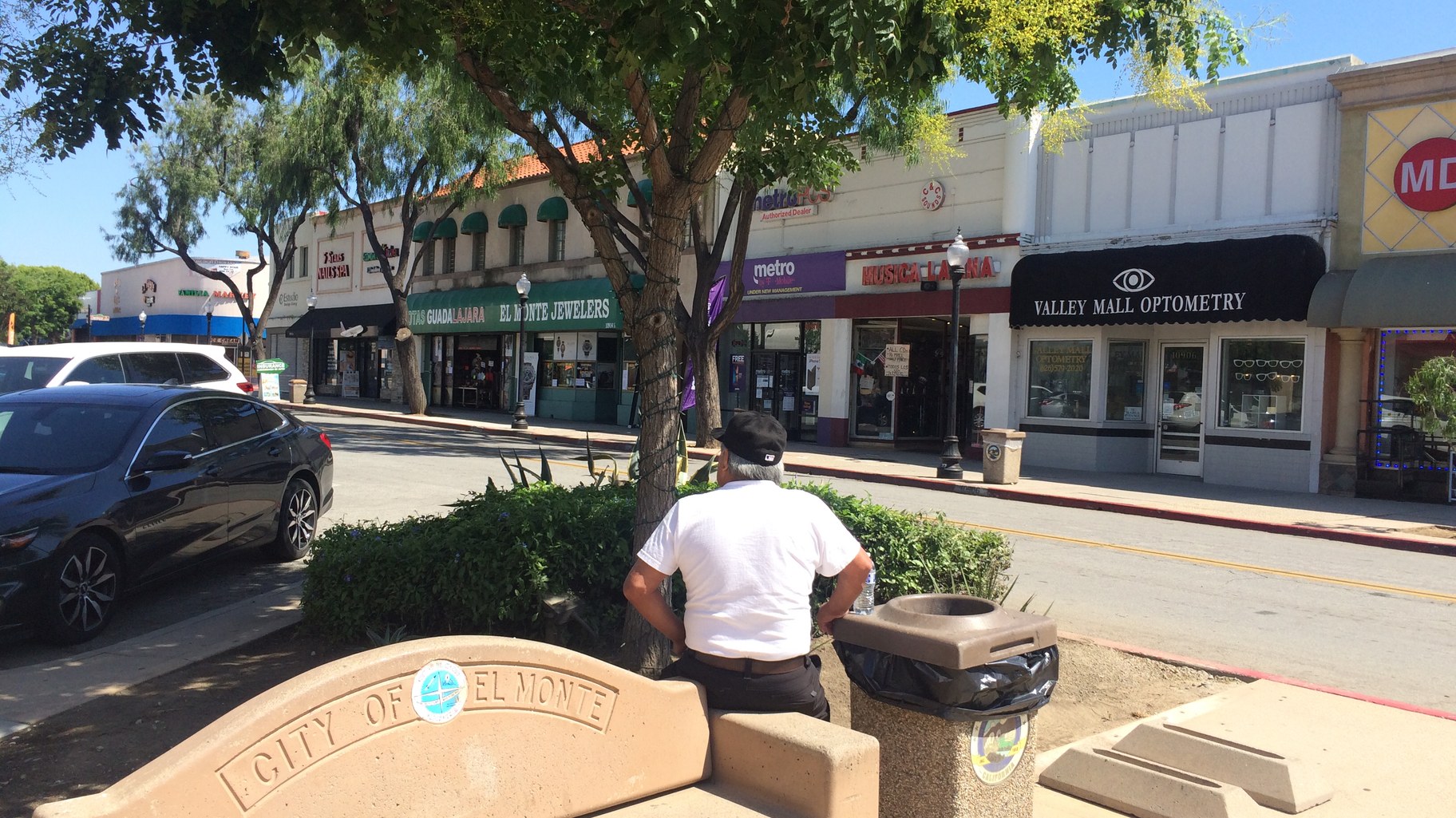 El Monte has had its growing pains, according to Eredia: hangings, school segregation, a farmworker strike. “But the Mexicans, the Japanese, and the Chinese — they were our labor force here in El Monte and if it wasn’t for them we wouldn’t be the city that we are now,” she says.

“What that begs is: if this is the case, if El Monte and South El Monte are populated by people of color and we’re the majority,” asks Guzman, “why aren’t we reflected in the history books?”

The future of LAUSD police

Like the rest of the San Gabriel Valley, El Monte, and South El Monte are now home mostly to people of color. And like the rest of greater Los Angeles, they used to be...

What to do with the LAUSD police department? The Los Angeles school board found themselves deeply divided over that issue when they met on Tuesday. Activists and the...