Stages may be dark and big public gatherings forbidden, but great plays like “The Crucible” are still delighting audiences via radio. Photo credit: Pixabay.

LA’s stages and movie theaters may be closed because of the coronavirus, but there’s still plenty of drama. A throwback format is getting new life due to the pandemic: radio plays.

LA Theatre Works has been producing and recording audio dramas since the 1970s. Through more than 500 recorded plays and all those decades, Susan Albert Loewenberg has been at the helm. 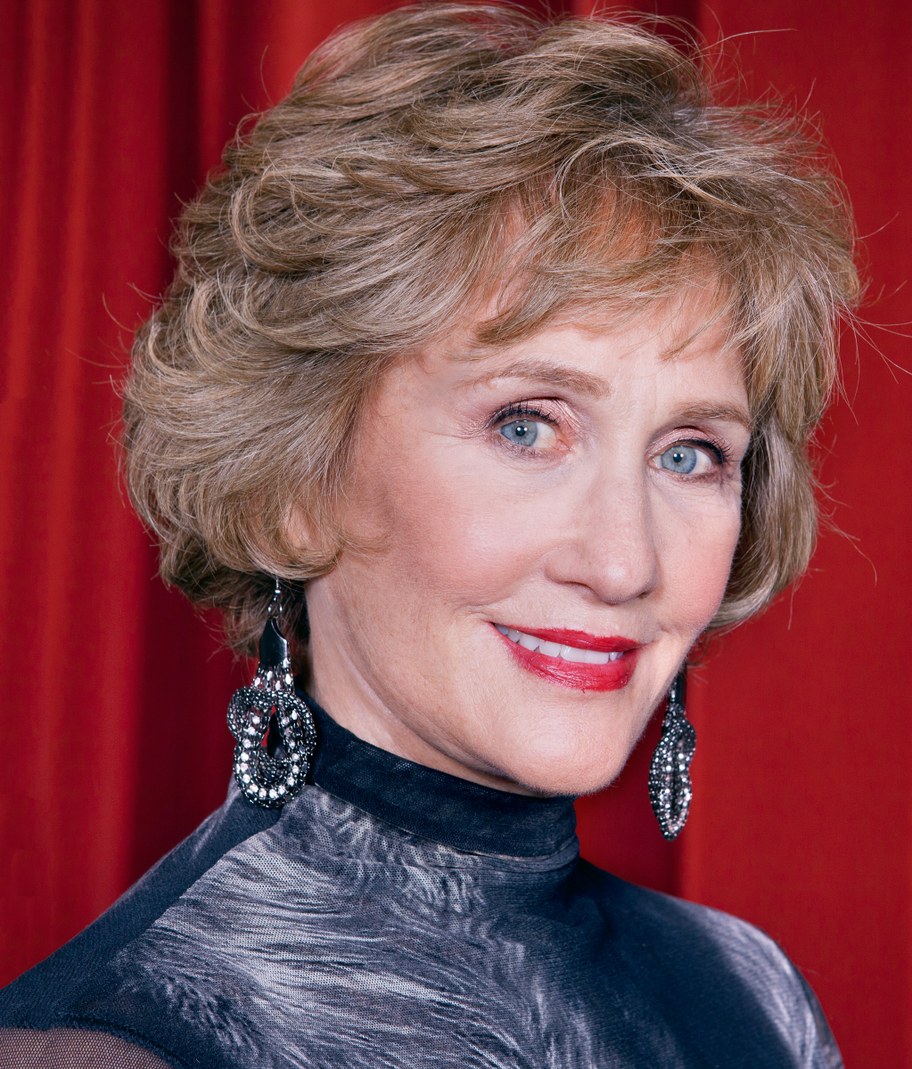 Susan Albert Loewenberg has been with LA Theatre Works from its earliest days in the 1970s when it started out staging performances in LA-area jails with inmates. Photo credit: Joshua Arvizo

The company got its start behind bars. In the mid-1970s, what would become LA Theatre Works started as Artists in Prison. The group worked to stage plays with inmates, first in local jails and eventually in the federal prison in San Pedro. As the plays got more attention, so too did the organization.

In the early 1980s, the company shifted away from working in prisons and started mounting professional productions. Loewenberg was surprised at the number — and caliber — of professional actors wanting to participate.

“In 1985, a group of very, very famous actors came to me and said, ‘We would like to be part of your company,’” said Loewenberg. “‘We’re famous because of film and television, but we want to do plays, and we want to do them with you.’ I was very skeptical. I thought this is not going to happen. It was Richard Dreyfuss, Ed Asner, Helen Hunt, John Lithgow, the late Julie Harris, Marsha Mason. It was quite a group.”

Loewenberg said she repeatedly ignored the list of A-listers throwing themselves at her to work with the company.

One of the first productions the group staged was a recorded performance of the Sinclair Lewis novel “Babbitt” on KCRW. The 14and-a-half hour radio marathon, with a cast of 34, aired on Thanksgiving Day 1985. 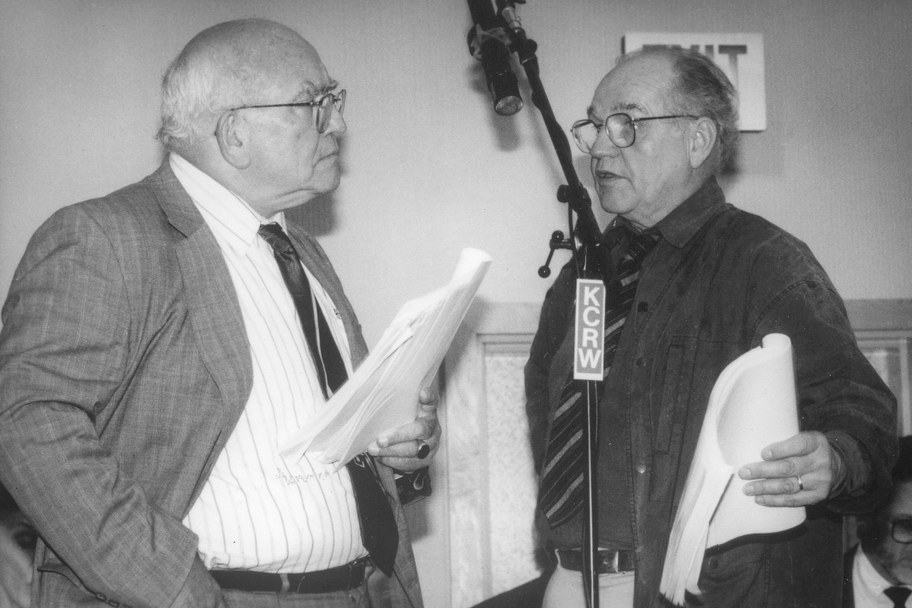 “It exploded; it went through the roof,” Loewenberg said. “NPR got in touch with us and wanted to air it in three hour segments, and then the BBC got in touch with us and said, ‘We would like to record two plays. We’ll send our best directors and producers over, we’ll pay for everything. We want you to do Arthur Miller’s ‘The Crucible’ and Eric Bentley’s ‘Are You Now or Have You Ever Been?’”

The company took the jobs for the BBC, and Loewenberg says to this day, over three decades later, their production of “The Crucible” remains the group’s biggest seller.

LA Theatre Works has gained an international following over the years. Not only are they on the air across this country, their radio dramas air daily in China as one of the few pieces of American culture allowed to be broadcast.

Loewenberg says the radio theater company is perfectly positioned for the current moment .

“We are naturally socially distanced,” she said. However, like many nonprofit organizations, the curtailing of public performances has impacted LA Theatre Works’ bottom line. Usually, the company records the shows in front of a live audience.

“We had to cancel the April, May, and June recordings,” Loewenberg said. “I am moving one of the recordings, “Junk,” to the next season -- if there is one. … Normally, our lovely audiences -- their tickets would pay for those recordings, but there will be no ticket sales.” 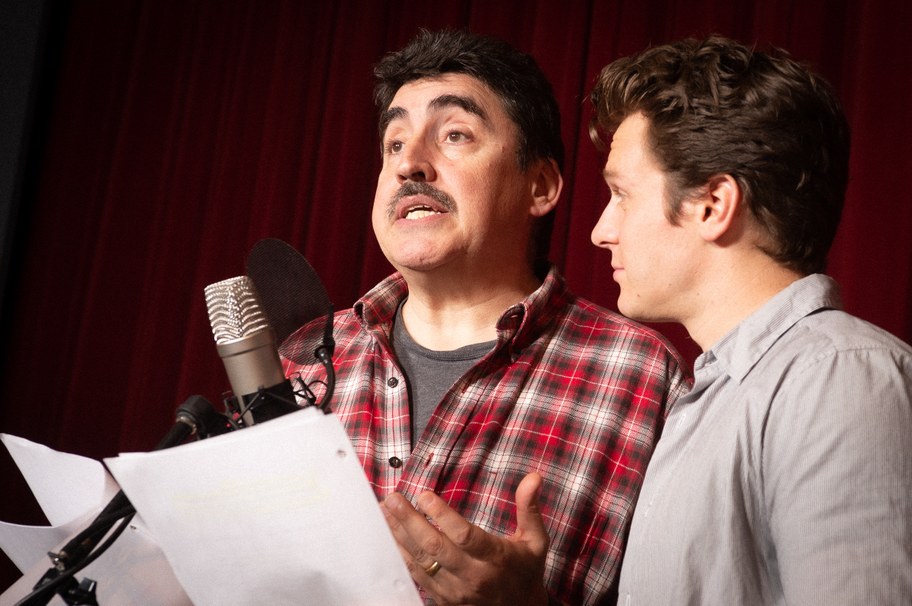 While the coronavirus may have put the kibosh on live recordings of new plays, Loewenberg said sales of the company’s extensive back catalog are booming and listenership is growing.

“Our streaming has doubled,” Loewenberg said. “Our podcasting has doubled. Our audio sales have doubled during this time period, so it’s extraordinary.”

The company is also stepping up to help educators forced to hold online classes.

“When the pandemic first broke, the first thing we did was to assemble a list of all of the educational institutions and teachers’ organizations around the country and throughout the world,” said Loewenberg. “We offered teachers, without charge, 25 plays relevant to the high school and junior high school curriculums and study guides. Over 700 teachers have already signed up.”

If you’re interested in taking in the experience of a radio drama, you can go to the company’s website, latw.org, to hear the current streamed broadcast and a few recent broadcasts free of charge.