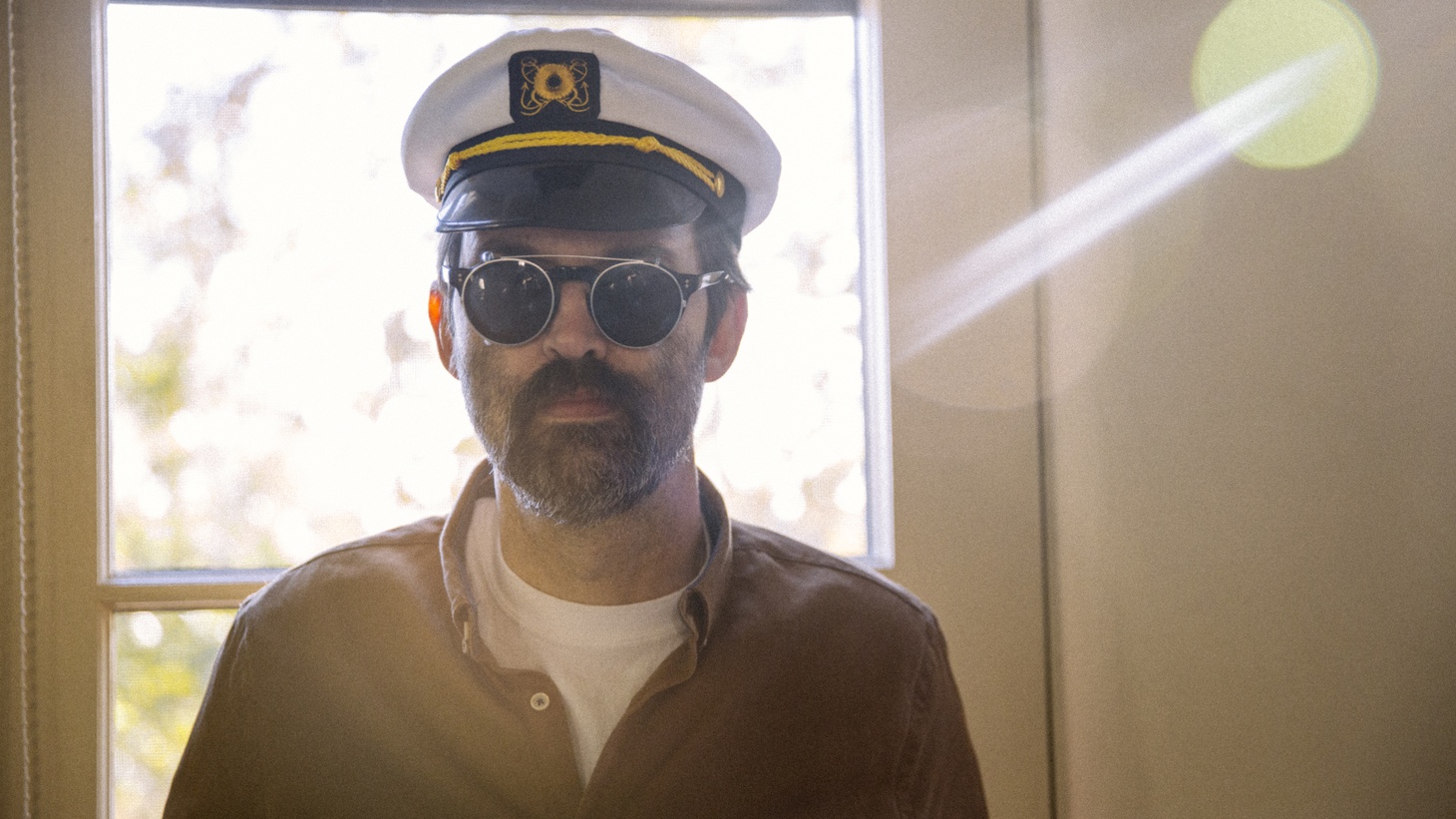 “I still can't believe I was lucky enough to make one record, let alone all these records,” says Mark Oliver Everett. Photo by Gus Black.

The Eels formed in LA almost 30 years ago and have album number 14, called “Extreme Witchcraft,” coming out this week. Mark Oliver Everett, better known as E to fans, leads the band … or is the band.

It all started in the late 1980s, when Everett moved to LA from Virginia. He says he was a fish out of water. “I had no idea what I was getting myself into. It was all the hair metal. Guns N’ Roses was the happening thing. It's a miracle that I actually got a record deal and made a record. I didn't even play live anywhere. The whole thing is miraculous. I still can't believe I was lucky enough to make one record, let alone all these records.”

Everett uses music as an emotional outlet. He’s known for writing about his personal life and trauma. “We often get labeled as like the bummer band because of some of the song titles and some of the subject matter. But if you're paying attention, it's really always about trying to get to a positive place.”

This kind of writing also benefits his fans, he says. “You get this feedback from people when they say [that] a particular song helps them through some rough time [sic]. ... It's such a nice feeling … wow, I was just trying to do something that I liked, and it's just this magical thing that happens at the same time.”

When Everett was 19, his father died from a heart attack. The singer was alone at home and the first to discover him. He tried to revive his father with the help of a 9-1-1 operator. “My dad was the guy who wrote the parallel universe theory. He was a very different kind of person. … We did not have any kind of warm relationship. It wasn't a bad relationship. It just wasn't much of a relationship, even though he was always like a physical presence, but I thought of him as more of a piece of furniture than a person. And so it was particularly ironic and strange that I had this one really intimate experience with him when he died. It was hard to know how to feel at the time.”

Everett is now a dad himself. “A lot of people, I think, find themselves forgiving their parents for what they perceive [were their] shortcomings when they become parents themselves, because you realize how difficult it is at times. But also, my father made it really easy for me to be a great father — I just do the opposite of what he did.”

Now his 4-year-old is there as Everett is writing music, and he says it’s “total joy to be around the innocence and the sense of wonder … and just the constant entertainment of the hilarious things he says.”

The last song on “Extreme Witchcraft” is titled “I Know You’re Right.” Everett says, “I thought it would be nice to end the album with a song that was simply about how we all think we know everything and we all have great advice to give everyone. But isn't it nice when someone just admits they're wrong, and doesn't know everything?”

Everett says that a while back, he booked a spring 2022 tour for “Extreme Witchcraft” starting in Europe. Now, he’s crossing his fingers that the Omicron surge will have receded by then.

Even if the tour can go forward, Everett says he’s not sure if the band will be able to rehearse much ahead of time. “​​The way things are, my little boy’s only 4, so he's not old enough to be vaccinated. So it's every day you're on a need-to-know basis … as far as your child care, and can I go to work today?” 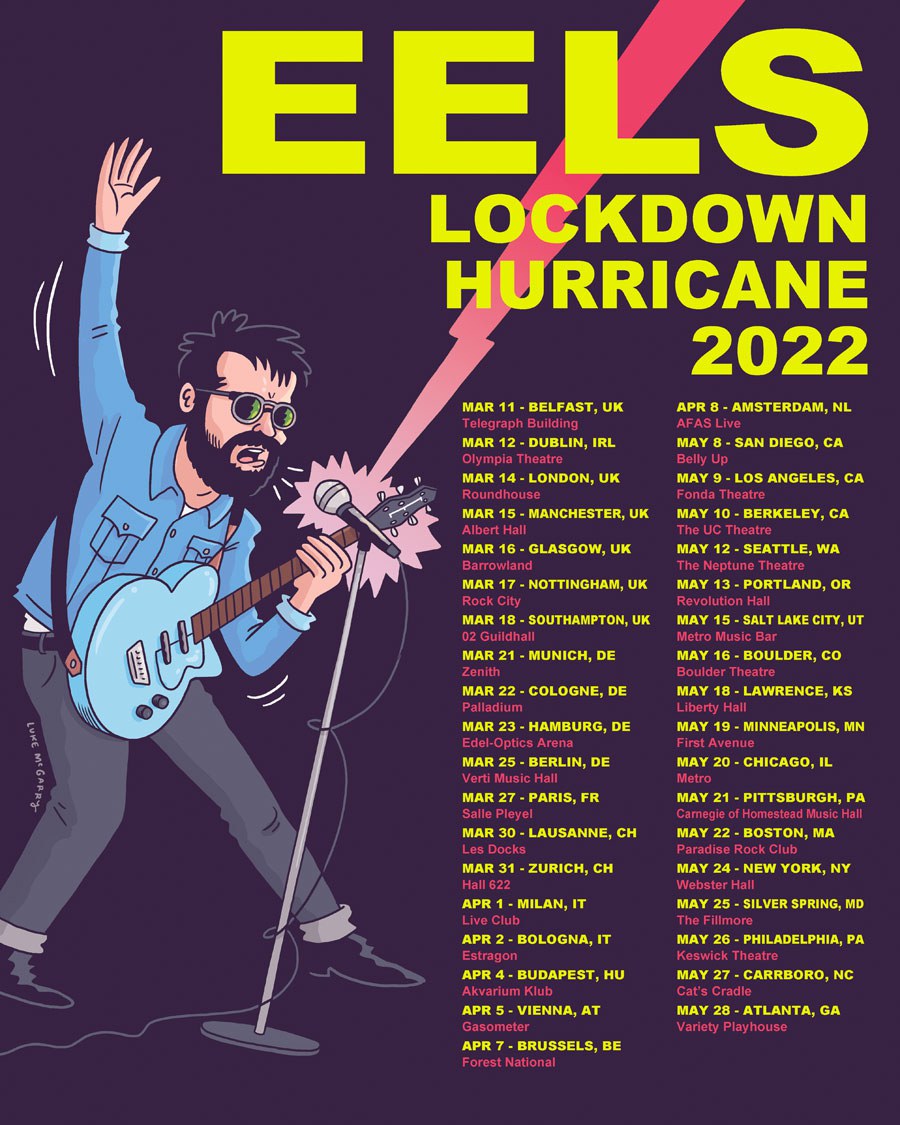 The Eels’ tour itinerary starts in March in Europe. Everett says, “We're just crossing our fingers like [the pandemic] will hopefully be better by then, but you just never know.”

LA Times columnist Patt Morrison is back with an updated version of her 2011 bestseller: “Río L.A.: Tales from the Los Angeles River.”

Mark Oliver Everett, singer of the LA band Eels, talks about the lack of a warm relationship with his quantum physicist dad, and eating strawberries and popcorn for dinner.