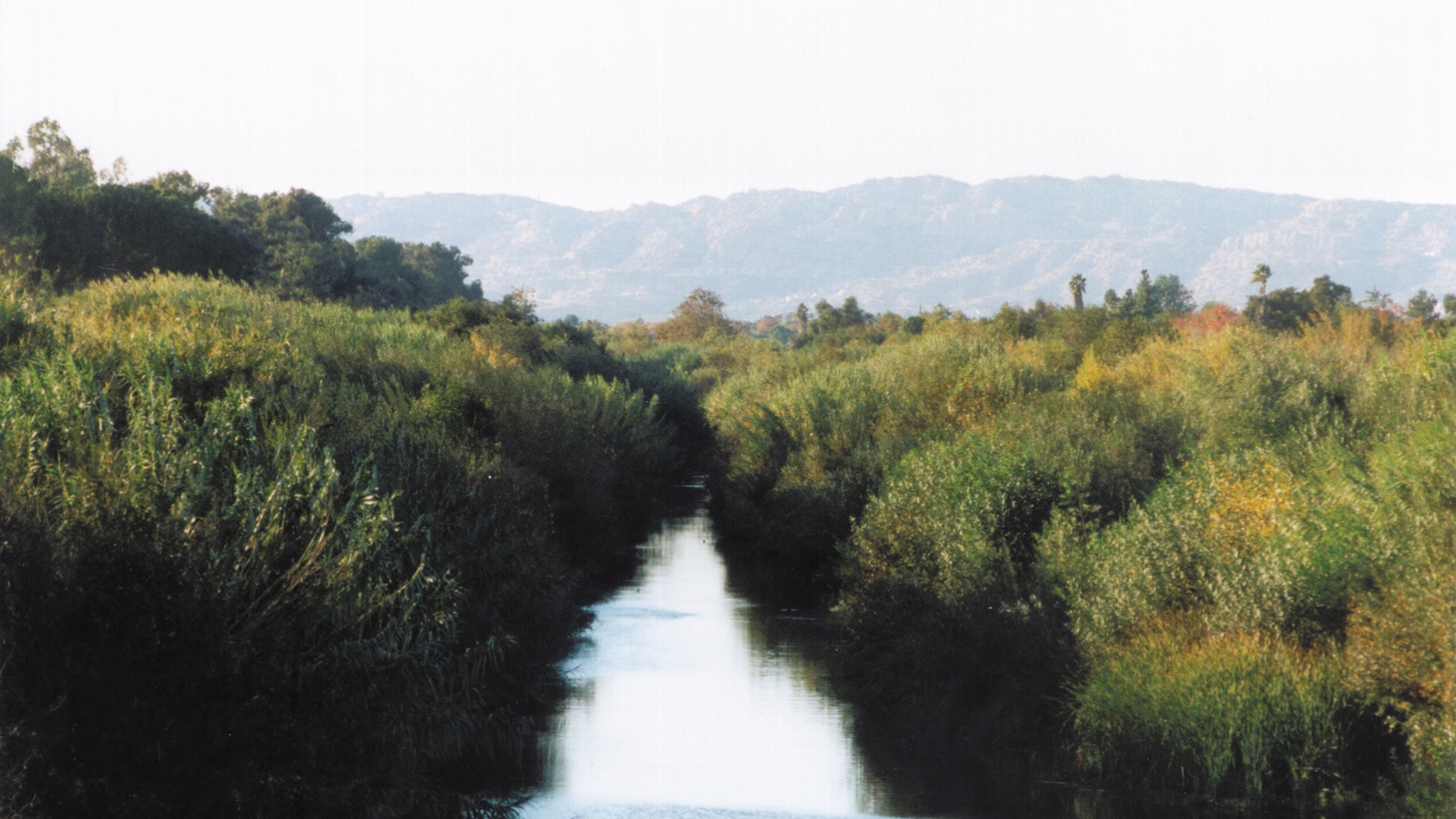 The Sepulveda Dam is home to all kinds of wildlife. Photo by Mark Lamonica.

The waterway stretches 51 miles from the mountains to Long Beach Harbor, where it meets the sea. From Blue Herons to shopping carts, it’s where nature and urban life collide.

The book became a Los Angeles Times bestseller and the river simultaneously became the subject of tremendous controversy.

Now 20 years later, an updated edition has been released, with a new foreword by Julia Meltzer and an afterword by Morrison. 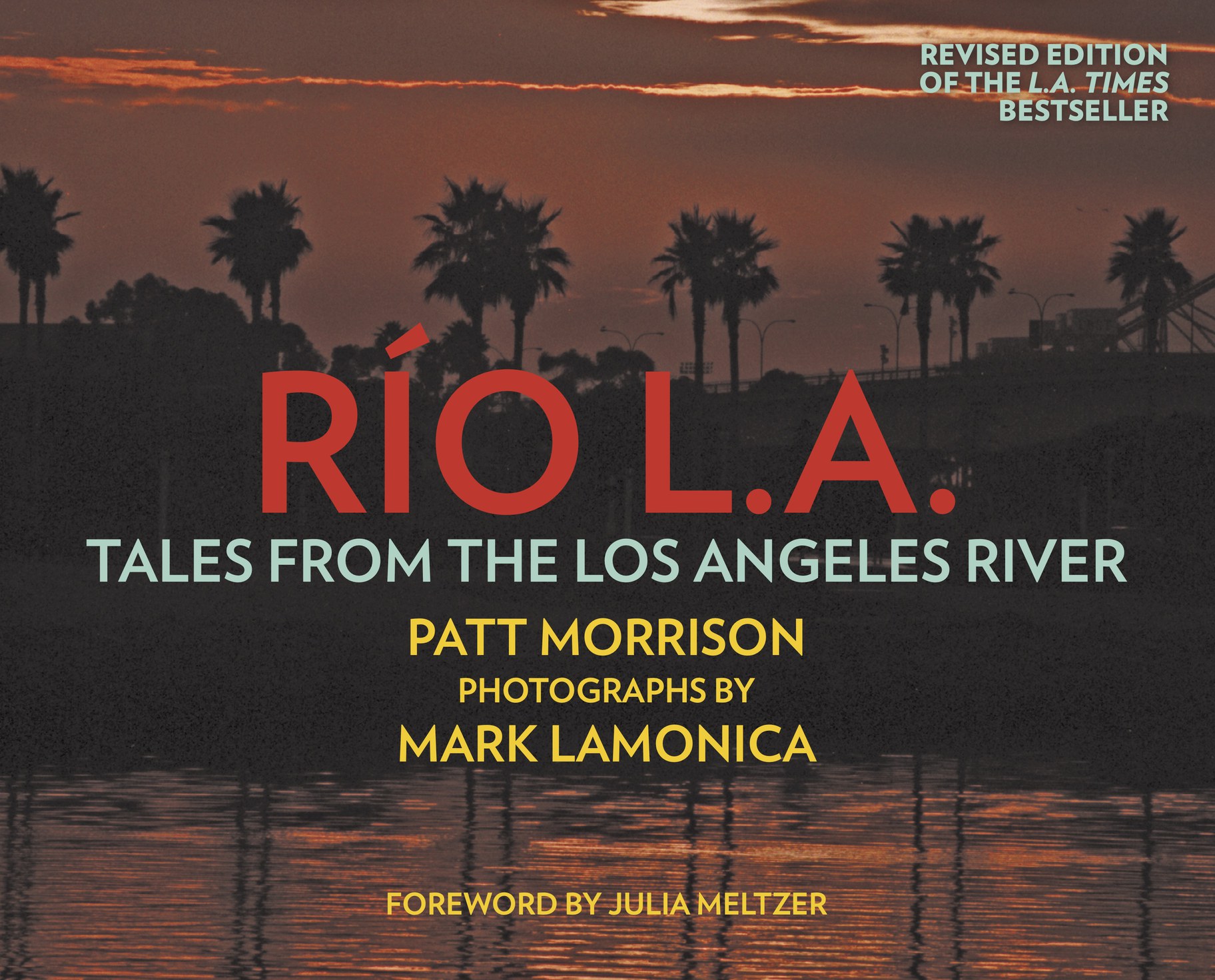 “We've done such a good job of wiping out our natural features here in Los Angeles, that we need to reestablish and reassert the idea of LA as a green city,” says Morrison, who wants to see the river restored and brought back to life.

The book spans more than 250 years of history of the river, back to when Spanish explorers first saw it in 1769. Before that, it was a lifeline for the Tongva indigenous tribe.

“The principal village was Yaanga, which is pretty much where Union Station now stands,” says Morrison. “The Native Americans lived in harmony with this river. They fished in it. They built their willow huts and when it flooded, they just moved and built willow huts elsewhere.”

Over time, moving after each big rainstorm became less desirable.

After a terrible flood in March 1938, the U.S. Army Corps of Engineers began work to lower the riverbed, widen the channel, and fill it with concrete to minimize that flood risk. 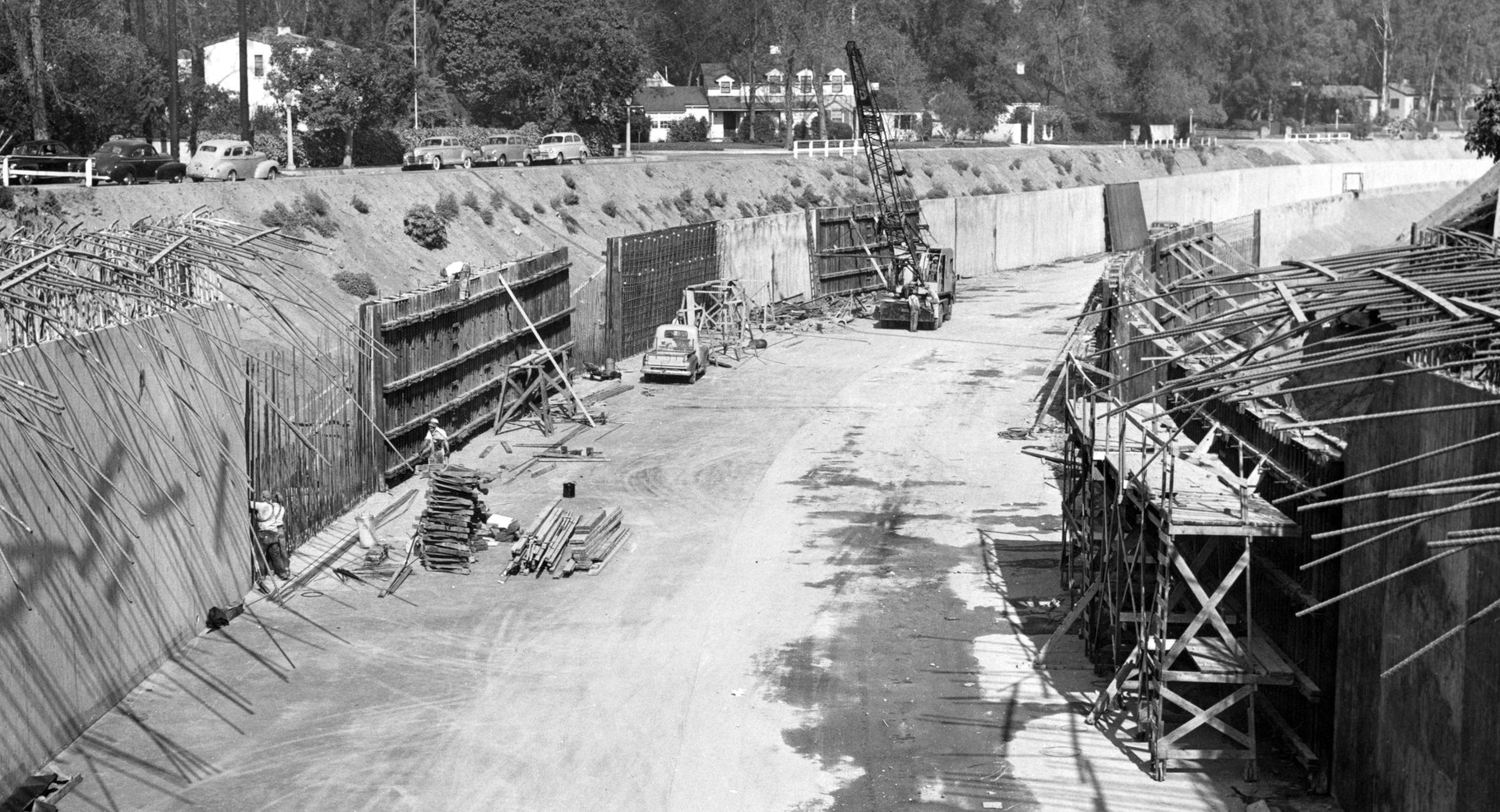 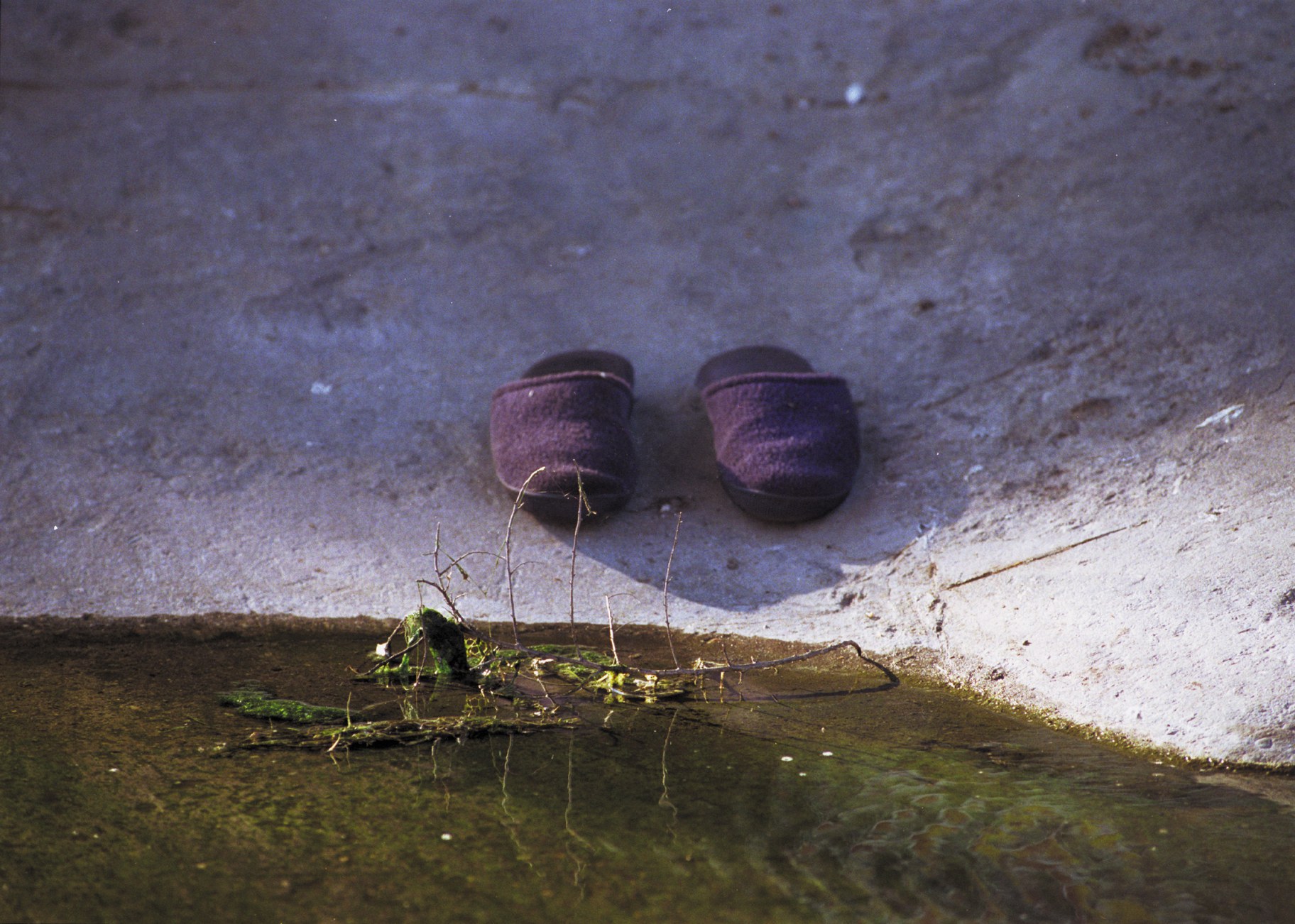 Slippers are seen along the LA River. Photo by Mark Lamonica. 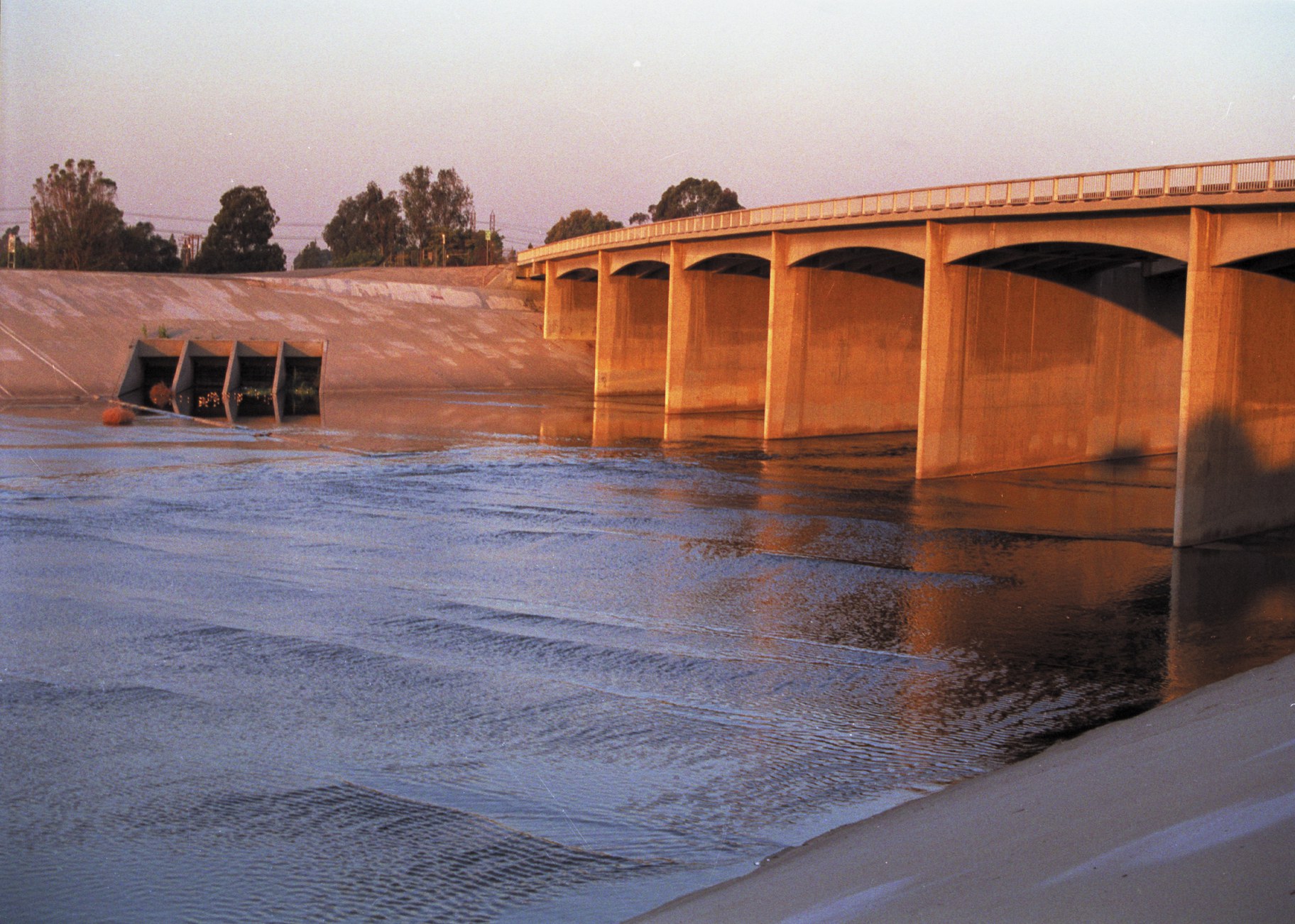 Water flows below a bridge in Paramount. Photo by Mark Lamonica.

Around that same time, the Olmsted Plan was drafted to build a network of parks and public spaces along the banks of the river.

“It looked beautiful, but the city got a look at how much land would be taken off the real estate market. They threw up their hands and said, ‘Oh, no, we can't possibly do that.’ And so the river was killed.” 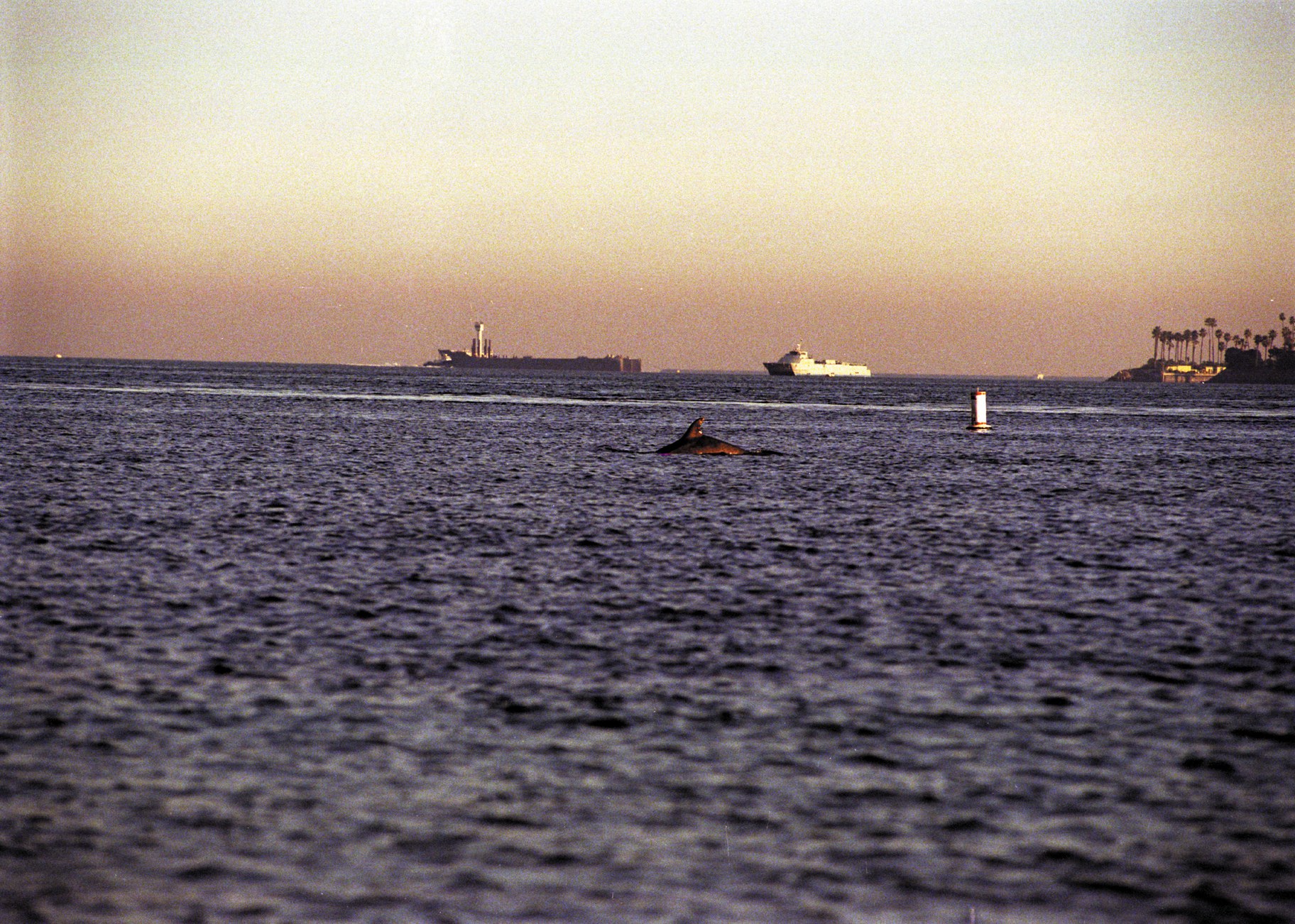 A dolphin swims in the Long Beach Harbor, where the LA River meets the ocean. Photo by Mark Lamonica.

She’s hopeful to see a new network of artists, activists, writers, city planners, and architects coming together to support environmental restoration and community development along the riverbanks. But as we’ve learned through gentrification, improvement can hurt communities if not done collaboratively.

“You don't want to penalize the old neighborhoods of Frogtown that have existed for decades, a prosperous community, a close-knit community, nor do you want to sacrifice the environment for the sake of the public private partnerships that we see coming down the road,” she says.

Morrison’s virtual book launch is on February 7 with a conversation between the author and Los Angeles Times writer Louis Sahagun, moderated by Tilly Hinton. She’ll also be in virtual conversation with Clockshop founder Julia Meltzer on February 24 with Vroman's Bookstore in Pasadena.

LA Times columnist Patt Morrison is back with an updated version of her 2011 bestseller: “Río L.A.: Tales from the Los Angeles River.”

Mark Oliver Everett, singer of the LA band Eels, talks about the lack of a warm relationship with his quantum physicist dad, and eating strawberries and popcorn for dinner.