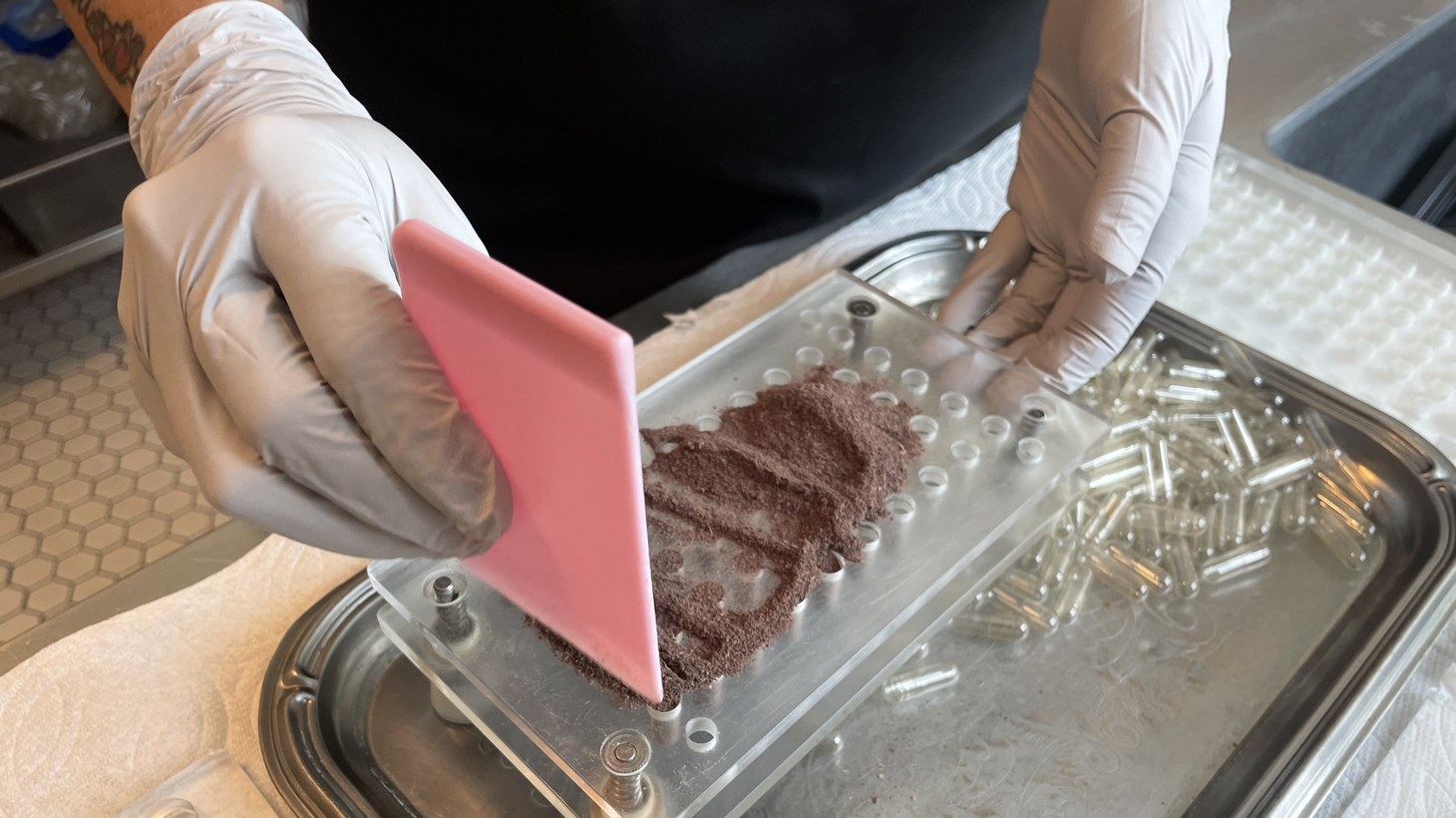 You might not know it, but there’s a cottage industry in Los Angeles that supports women interested in eating their placentas in the early days of motherhood for the reputed health benefits.

For a few hundred dollars, you can hire someone to collect it from the hospital (or your home) on the day you give birth. Then it’s dehydrated, pulverized, poured into vitamin capsules, and returned to you the next day. The practice is well-known in the natural birthing community and has some famous boosters, including the ever-ubiquitous Kim Kardashian and January Jones. Full disclosure: My wife tried it when she had our first child in March.

The placenta is an organ that forms during pregnancy and attaches to the wall of the uterus. Its main job is to deliver oxygen and other nutrients to your baby through the umbilical cord while filtering out waste, like carbon dioxide. It also produces crucial hormones for both mom and baby. During birth, the placenta is delivered shortly after the child. 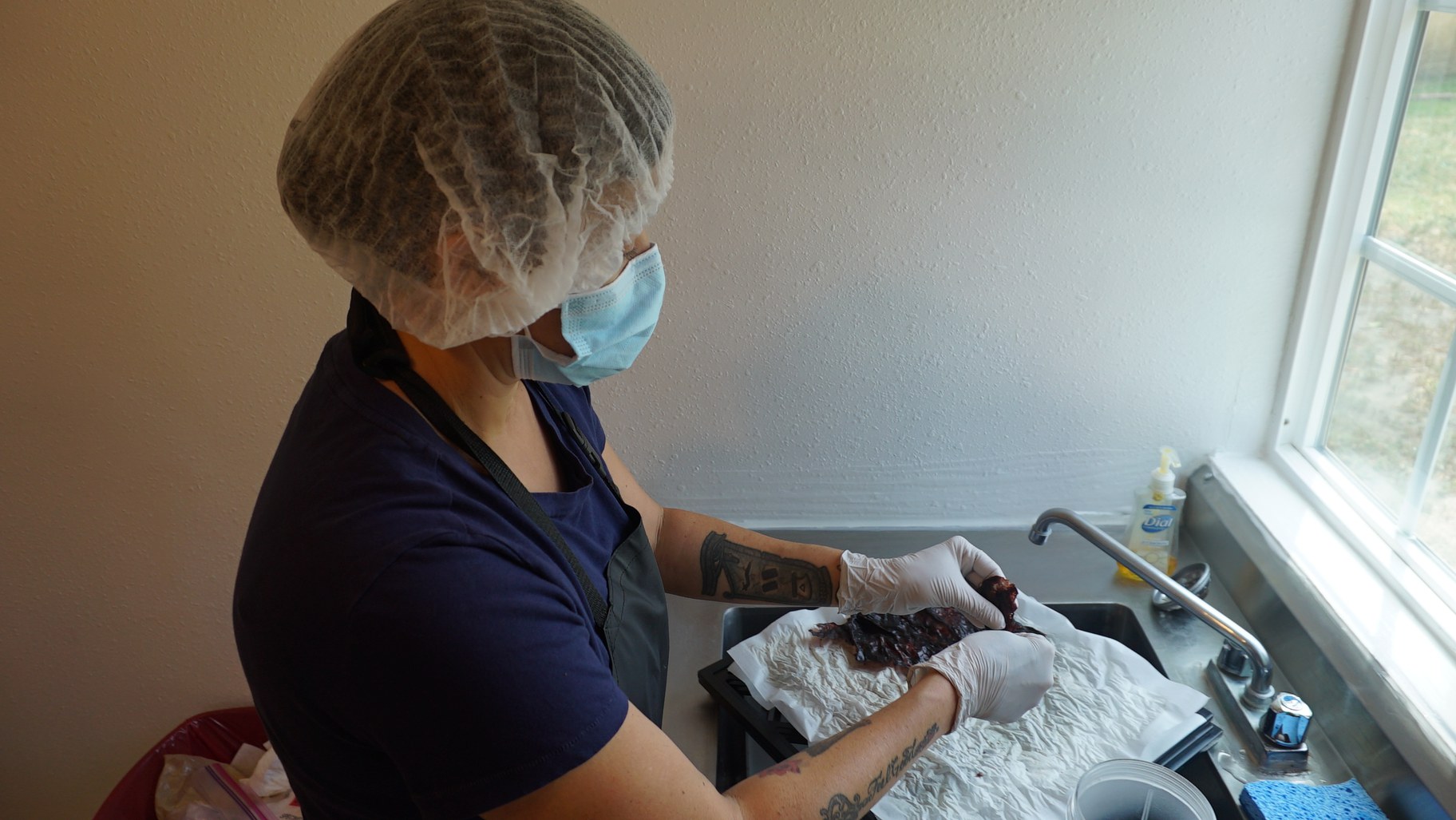 Valerie Rosas breaks apart a dehydrated placenta before pulverizing it into a fine powder. Photo by Stephen Jackson.

Why would someone eat their placenta?

Rosas has run her business, The Feel Good Company, for nine years. To date, she’s encapsulated over 2,200 placentas. A standard package will run you just under $400, and a single placenta generally yields anywhere between 75 to over 200 tasteless capsules. Placenta encapsulation is not FDA-approved. 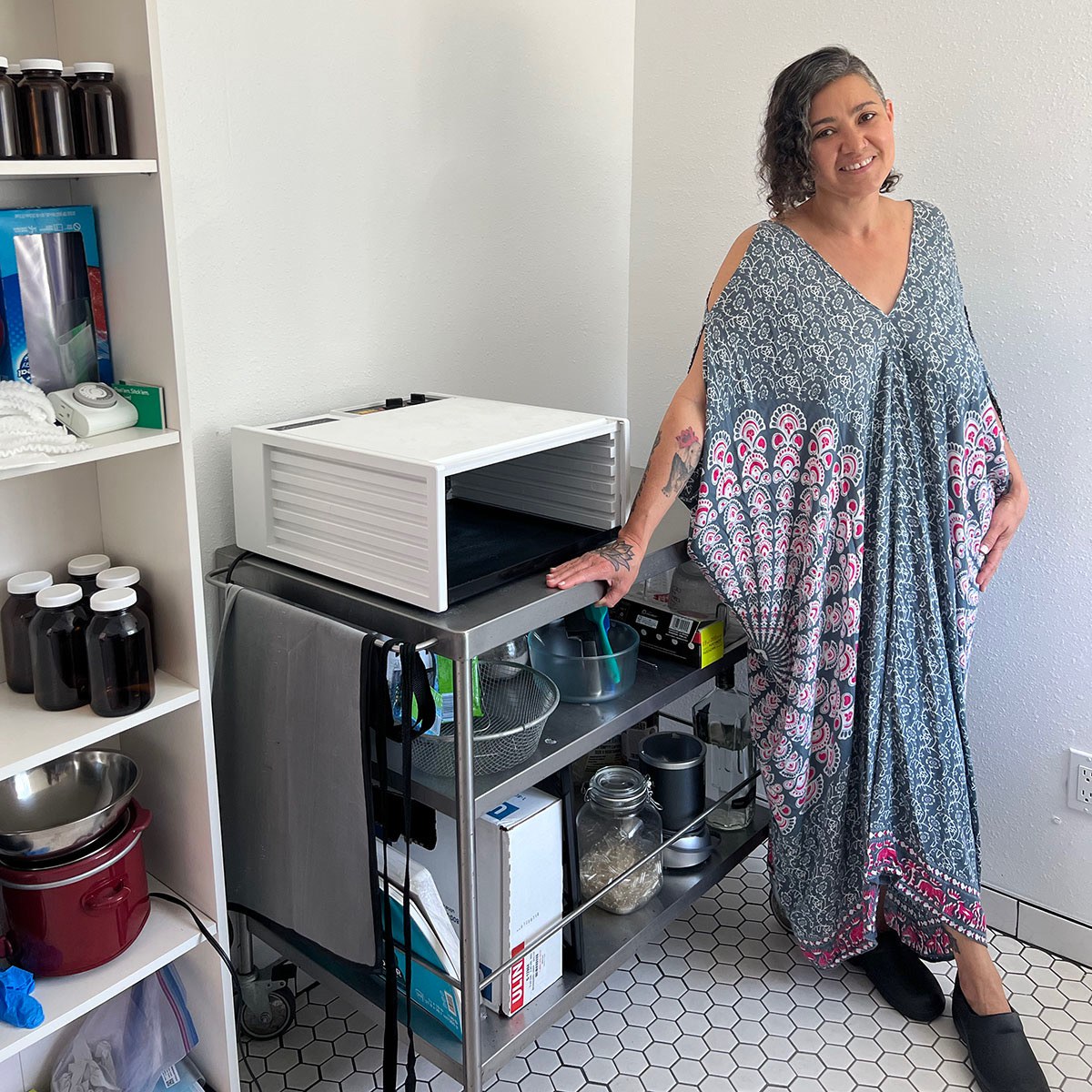 Valerie Rosas stands next to the dehydrator she uses to dry new moms’ placentas. It’s the same kind you’d use to make dried apricots. Photo courtesy of Valerie Rosas.

Other purported benefits include increased levels of energy, mood stabilization during the postpartum period, and an increase in milk supply.

Is this a new thing?

Yes and no. Consuming the placenta after giving birth is practically universal among all land mammals, except for camels and, generally speaking, us. In fact, a cross-cultural survey of 179 human societies found the practice to be essentially absent, save for a few exceptions.

The first written record of humans consuming placentas is generally agreed to be from a 16th century Chinese traditional medicine text. The practice didn’t really enter American popular culture until the 1970s — when it was featured in “Rolling Stone.” It currently seems to be more widespread than ever before.

Generally speaking, who are Rosas’ clients in LA?

For the most part, she works with moms at Cedars Sinai and at hospitals in Santa Monica.

“The main demographic is Caucasian and Asian mamas,” Rosas says. “Although, I have recently, within the last year, seen more Latin families and African American families. I am very pleasantly surprised because I always wonder, how can this become something that's more diverse?”

What do scientists have to say about it?

Clinical trials have thus far failed to show strong, demonstrable benefits from the practice. But Dr. Daniel Benyshek, a medical anthropologist from the University of Nevada Las Vegas who’s behind a number of these trials, believes that much more research needs to be done before writing it off as hocus pocus. He’s spent the last 10 years studying maternal placentophagy (the technical term), and says that larger sample sizes are needed in future studies. Further, he believes that steaming or even dehydrating placenta before consumption could have a negative effect on its efficacy.

Dr. Benyshek also points to a survey he and his team conducted in which they gathered responses from 189 women, nearly all from the United States, who consumed their placentas after giving birth. That survey found that 76% of participants reported positive experiences.

“Most individuals that have practiced placentophagy report very positive effects, and they say they’d do it again,” says Dr. Benyshek. “I think we've learned that it's relatively safe, as it is typically practiced, that it's motivated by very common difficulties that many postpartum individuals face.”

Placenta encapsulation remains an unregulated practice, and it did come under scrutiny in 2017 when the CDC issued a warning after a newborn developed Group B Strep when the mom ate placenta capsules infected with the bacteria. The Strep B case appears to be an anomaly, but placental contamination and infection in general are risks, along with potential complications from increased estrogen levels.

However, Dr. Benyshek and his team compared thousands of medical records of women who did and did not consume their placentas, and it’s this research that makes him believe the practice to be relatively harmless.

Your wife took these pills. What did she think?

She went with the raw method of encapsulation, and describes her post-birth experience as “smooth sailing.” (Her words!) While she didn’t feel any zings of energy, she never came close to anything that looked like the baby blues or postpartum depression.

And — anything for journalism — I wanted to see what all the fuss was about so I took two capsules before I went surfing one morning. I did feel a noticeable pep in my step — like I took a triple shot of espresso. But it’s hard to say if that was from the placenta, the placebo effect, a great morning on the water, or the general rush of being a new dad. In any case, with all the extra work and ever-changing demands of a newborn baby in the house, I’ll take it.

Patricia Krenwinkel, a follower of Charles Manson who was found guilty in the murders of Sharon Tate and others, has been recommended for parole by a California panel.

Mariachi Arcoiris is the first LGBTQ+ mariachi band in the world. Its founder talks about representing both the LGBTQ+ community and the Mexican community.