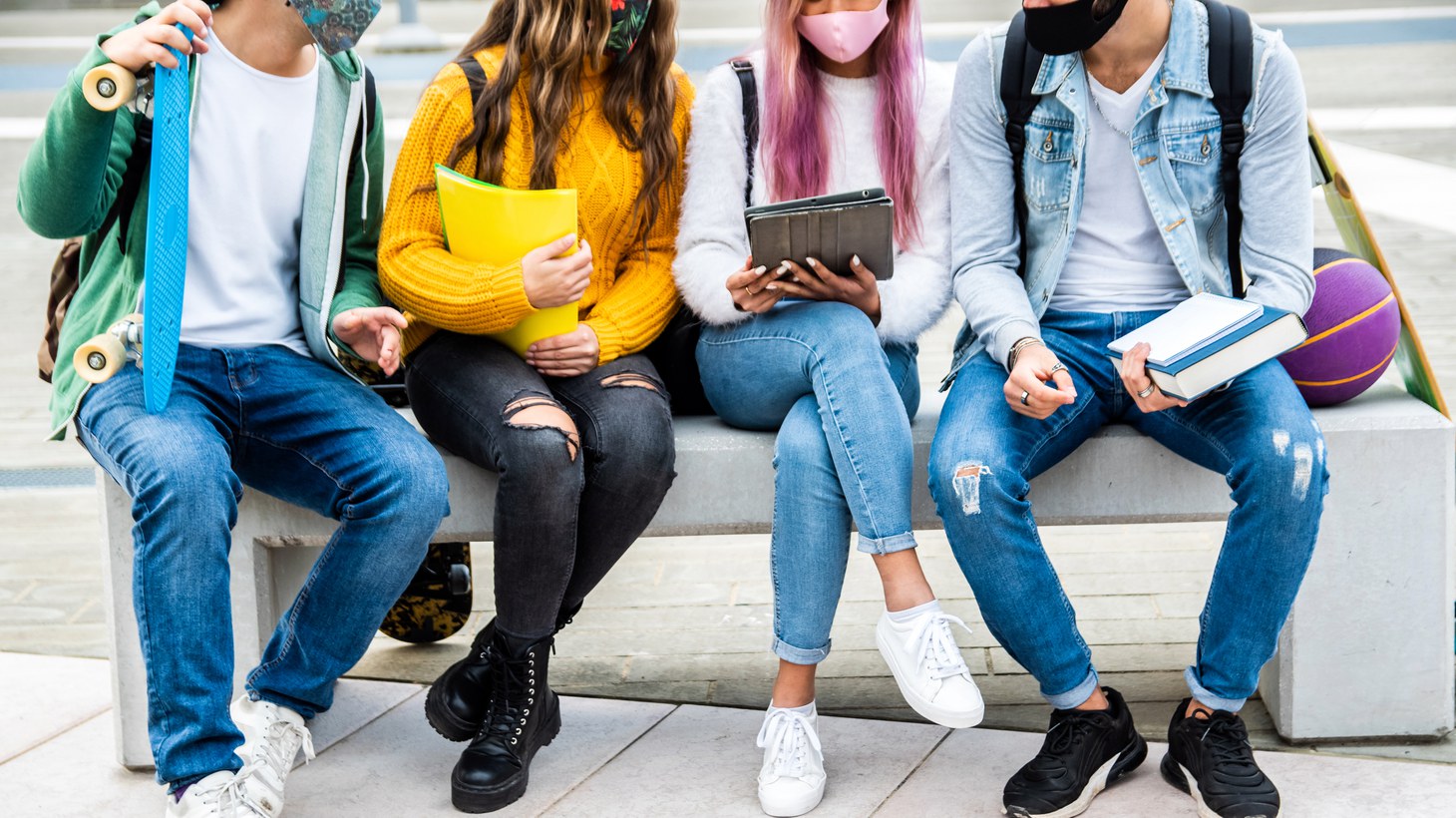 “Now we're just acting like everyone has been exposed [to COVID], which is pretty true. We've all been exposed,” says Aviva Alvarez-Zakson, who teaches at Hamilton High School. Photo by Shutterstock.

LAUSD is seeing a drop in COVID numbers and rise in attendance. KCRW checks in with two teachers: Kristie Collette, who teaches third grade at Newcastle Elementary, and Aviva Alvarez-Zakson, who teaches world history and ethnic studies at Hamilton High School.

Alvarez-Zakson says coming back after the break has been tough: “The first two weeks already feel like it was six months ago. And this is week three.”

She adds that current attendance has risen from 70% earlier this month to 80%, but it’s still not where she’d like it to be. Why the absences? Some of Alvarez-Zakson’s students had COVID, were recovering, or had inconclusive test results. Others were stuck abroad due to the virus, or decided not to return because their family members tested positive.

At Newcastle Elementary, the test positivity rate has dropped from 23% to 13% since January 4. This week, the district announced it will no longer reach out to parents whose kids are considered to be a close contact of a positive case.

“I believe it’s because they cannot possibly keep up,” says Collette. “If we looked at all the kids who were considered close contact in the past few weeks, it is my entire class.”

Alvarez-Zakson agrees. “Now we're just acting like everyone has been exposed, which is pretty true. We've all been exposed.”

She says high schoolers are ready to move on to normal teenage stuff, like sports and going to the movies, but those plans keep getting derailed.

“I feel like every break we've had, we've left with a bit of hope that things are getting better. And we come back with ‘actually, they're no better or they're worse.’ And that's exhausting.”

On a brighter note, Alvarez-Zakson feels less anxiety and dread than she did at the start of 2022.

“Maybe this, grimly, has made me stronger,” she says. “The fluctuations of a pandemic are like the fluctuations that we've had to deal with in the past, like election seasons and natural disasters. Now, it's just a virus.”

Neither teachers have contracted the virus yet, but both know colleagues who have. They’re continuing to give their students and the parents grace during this difficult time — and hoping for some grace and appreciation themselves, too.

Does gentrification come with safer roads in West Adams?

As LA makes safety improvements during rapid neighborhood development south of the 10 freeway, locals ask which changes really benefit them.