Paul Williams outside his unit. Photo by Amy Ta/KCRW

There are 306 residential hotels in the City of LA, containing 10,150 rooms, mostly occupied by low-income tenants. Also known as SROs, short for single room occupancy, these buildings offer small, cheap rooms and shared bathrooms. Many are in and around downtown and once served as upscale hotels. 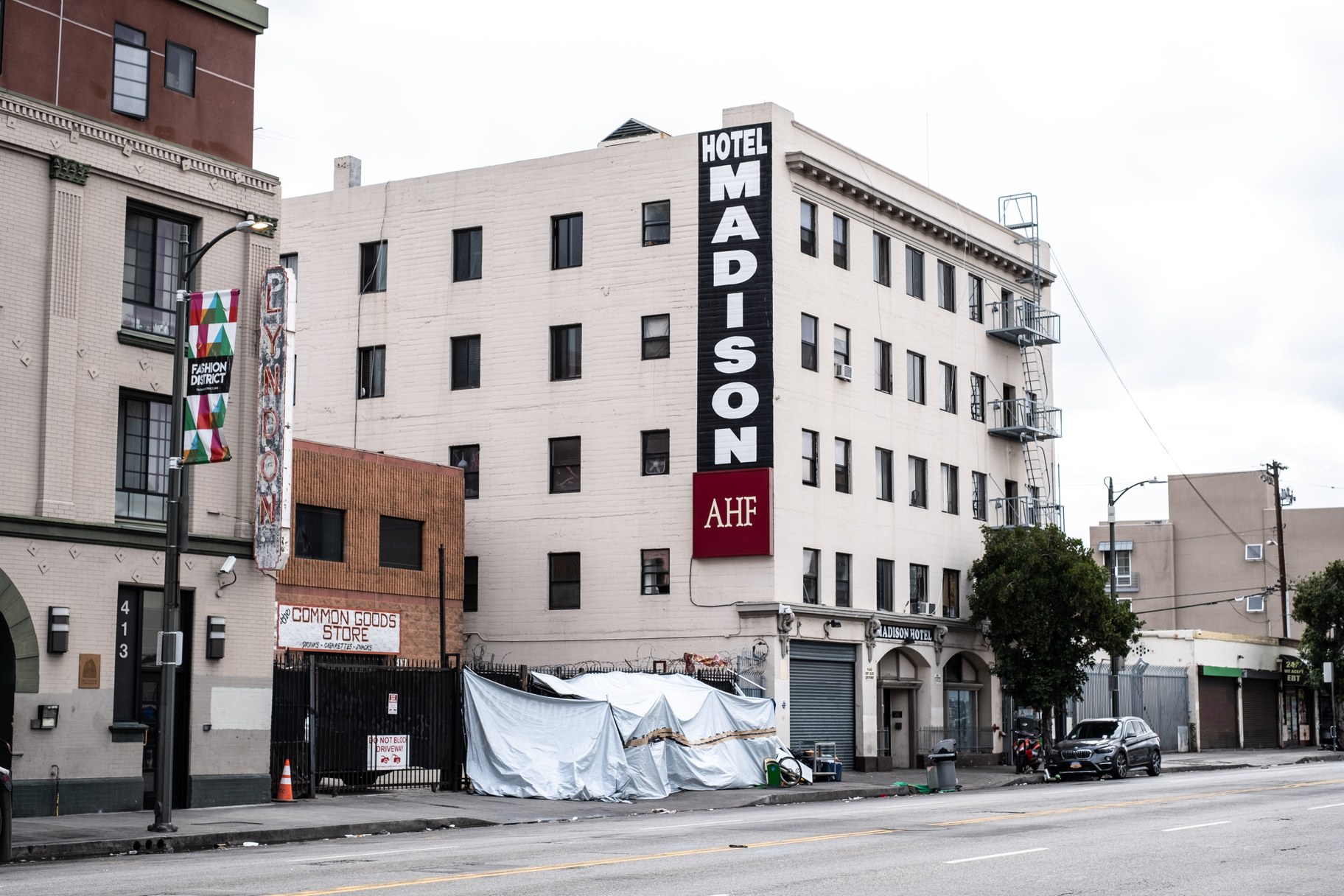 The hotel where Williams lives. Photo by Amy Ta/KCRW 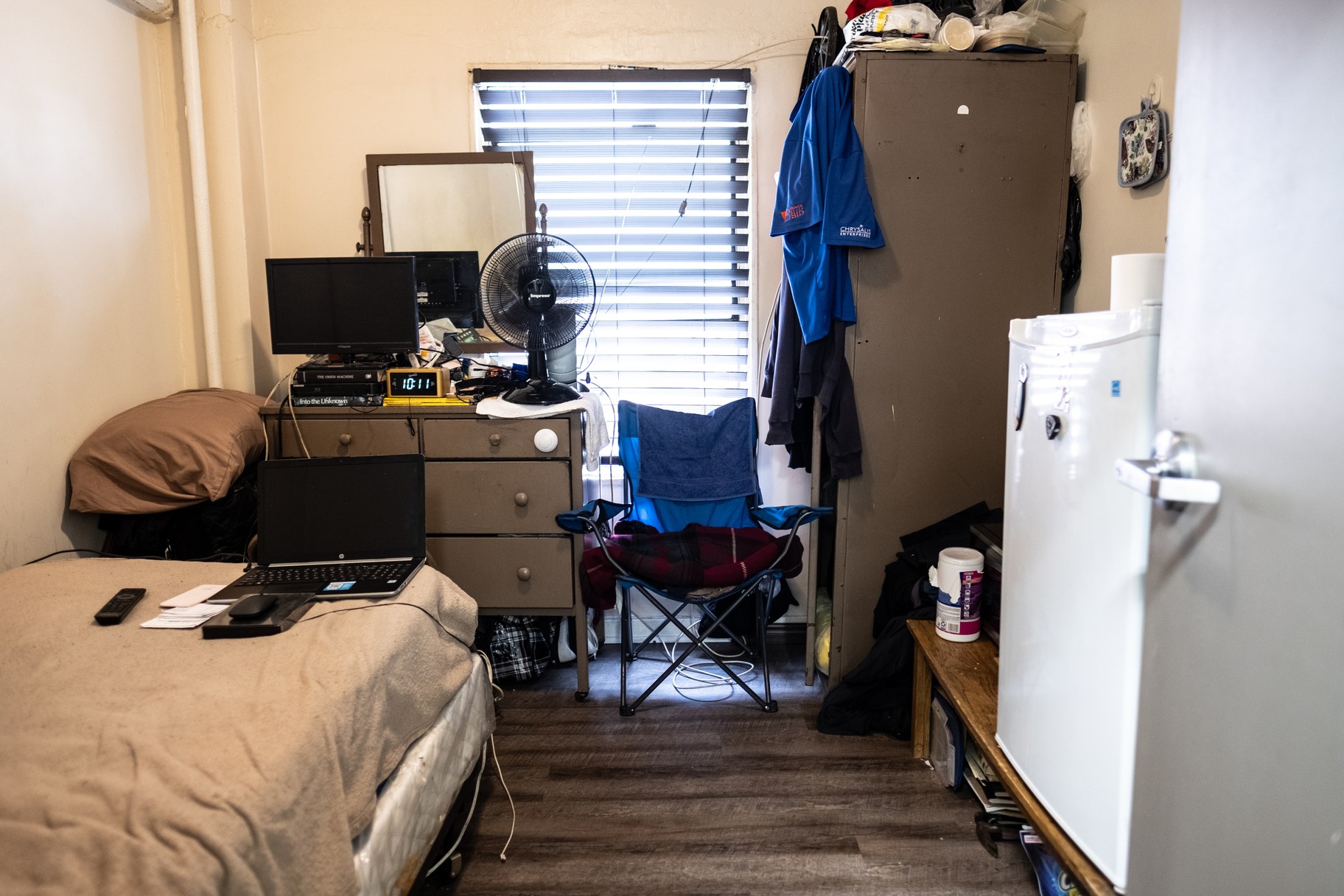 Each resident gets a small room. Photo by Amy Ta/KCRW

Historically, SROs have been one of the lowest rungs of LA’s housing market, shelter for people who would otherwise be homeless. Decades ago, the city had a lot more SROs, but many were demolished before city officials put new protections in place in 2008.

Paul Williams is one of the thousands of Angelenos who lives at an SRO, paying about $400 a month to live at the Madison Hotel on Skid Row.

Over the years Williams racked up a long rap sheet: robberies, assaults, auto theft, drug charges. He was in and out of prison for decades.

“I’ve done easily 30 calendar years behind bars. It was a lifestyle I didn’t mind living. Go to prison, let's lift weights, let's get healthy, let's meet new connections, all the cliched things. Let's have a great time, let's get out and let's just do it again,” he says.

Eventually, Paul got sober, started a work training program and got the job he still has today, running a street maintenance crew in Venice Beach.

But he was still in a tough spot when it came to finding a place to live.

“So here I am, long-term homeless, drug addict, convicted felon. I’m working my ass off, I’m doing everything society tells me that I should do in order to integrate myself back in and to get my life together. But you're telling me I'm the lowest priority.”

There are 306 residential hotels in the City of LA, containing 10,150 rooms, mostly occupied by low-income tenants. Also known as SROs, short for single room occupancy,...

The issue of homelessness, and how to end it, involves a great number of people.

OC Line: Can you swear at your county supervisor?

There’s been a big uptick in bad manners and language at recent LA County Board of Supervisors meetings. That kind of thing isn’t tolerated in Orange County, where...