Northridge’s Skateland is about to become a homeless shelter. Some residents are upset The exterior of Skateland in 1975. Photo courtesy of Dave Fleming.

After five decades, the cherished Skateland roller rink will be permanently turning off its disco lights. Located in the northwest San Fernando Valley, the rink has been a Northridge hotspot since the Fleming family purchased it in 1968.

Now in a sign of the times, it’s going to become a homeless shelter. 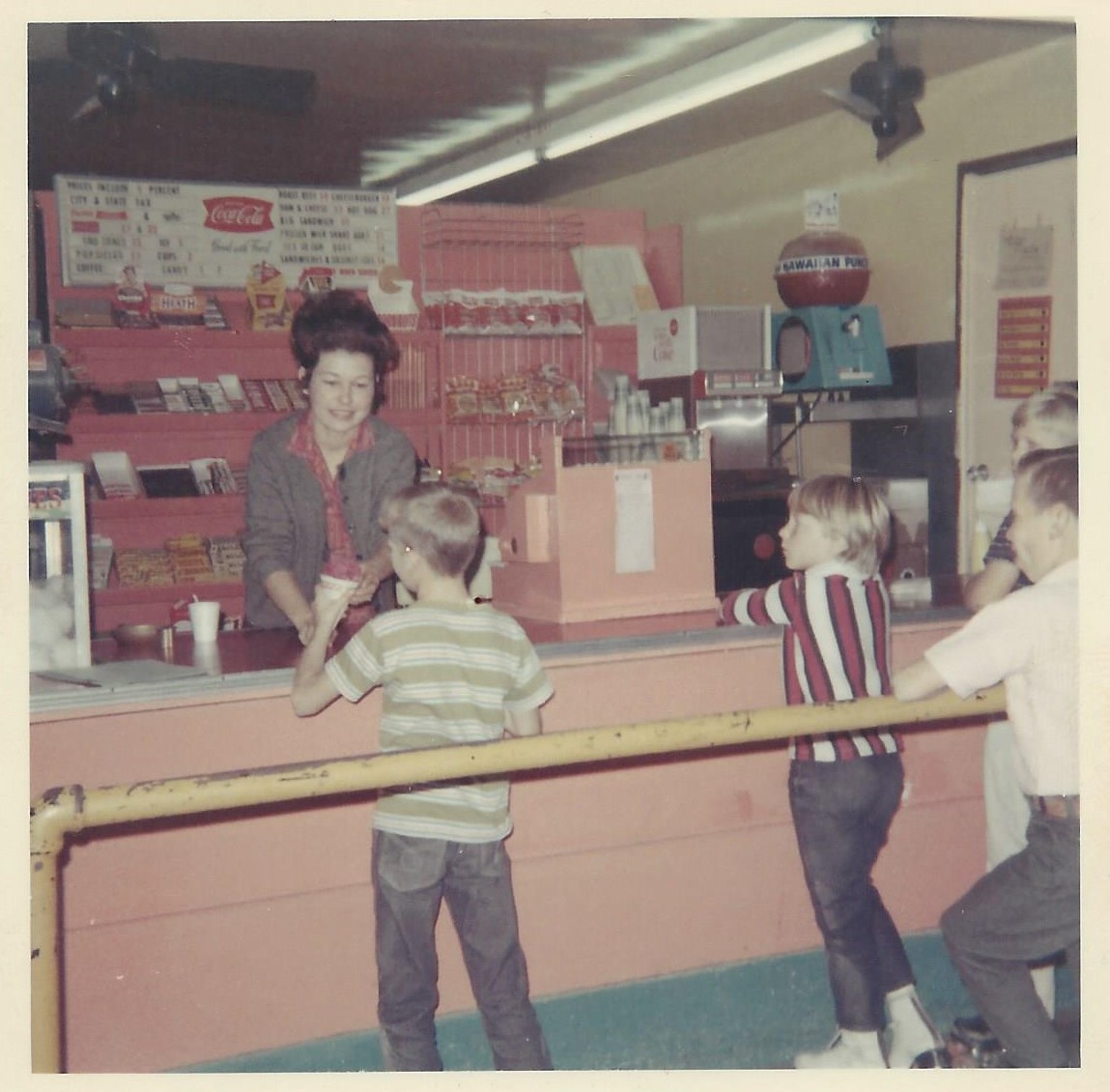 The concessions stand at Skateland in the 1960s. Photo courtesy of Dave Fleming.

Dave Fleming co-owns the rink with his brother Mike, and at the start of the pandemic in March 2020, they thought they’d be closed for a month or two at most. They even began converting the rink into a coronavirus-friendly spot, putting in plexiglass screens and stocking up on hand sanitizer.

Nine months later, at the tail end of 2020, the Fleming brothers sold their family business to Hope of the Valley, a service provider for the unhoused.

If all goes according to plan, the very first shelter for single adults in the entire northwest Valley will be up and running by November 2021.

The shelter has been a long time coming. The last homeless count in January found 735 unhoused people in the northwest San Fernando Valley. And while most other council districts have kept a pledge to build 222 supportive housing units in their area, this district has not met that goal.

But the unhoused residents of Northridge aren’t so sure this new shelter will actually help them. Brynn Reader lives at an encampment across from the Metrolink station platform, and says she’d only leave the tracks if she was promised an individual room. She isn’t interested in crowded communal shelters.

“I’d rather stay out here [on the tracks],” Reader says. “At least out here, people won’t be going through my stuff. They get sick inside their shelters.” 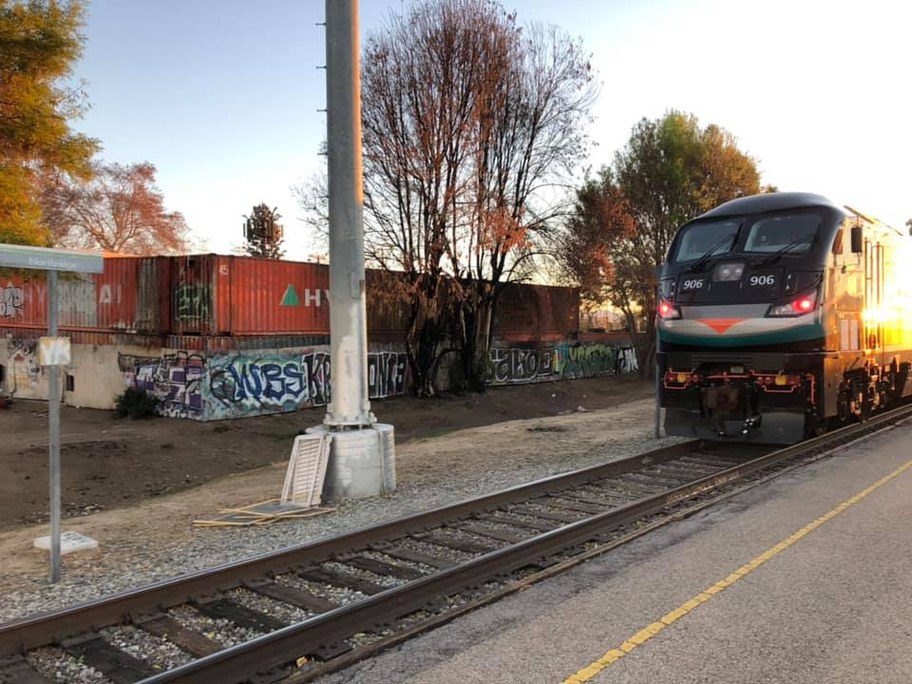 Brynn Reader lives at an encampment across from this Metrolink station platform. She isn’t interested in communal shelters, and says she’ll only leave the tracks if she gets a private room. Photo by Don Larson.

And even though Skateland will be offering single rooms, Reader isn’t one to get her hopes up. She says service providers have made a lot of promises to her that haven’t been kept, including a room through Project Roomkey, the city’s program to put the unhoused in motels during the pandemic.

That’s why Don Larson, a fourth-generation resident of Northridge, has taken matters into his own hands. He’s been doing service projects in the area for years, particularly working with the unhoused community living along the railroad tracks that run behind Skateland. He says his neighbors aren’t too pleased about the new shelter replacing the roller rink.

“No one wants homelessness,” Larson says. “On the other hand, they all know that something has to happen, but there is that NIMBY part of it, ‘not in my backyard’ stuff. It’s okay as long as you don’t do it on my street.”

But unhoused residents do live in their backyards. There are only three family shelters in all of the northwest San Fernando Valley, and none for single adults.

Many long-time residents of Northridge, like Teri Layne, agree that there needs to be a shelter somewhere in the area. Layne just doesn’t want it in the old roller rink.

And she isn’t alone. At least one nearby business owner shares Layne’s concerns. Jeff’s family has owned a business across the street from the roller rink since 1976. He didn’t want to give his last name because he feared his business would be targeted, but he’s skeptical of the project as a whole. 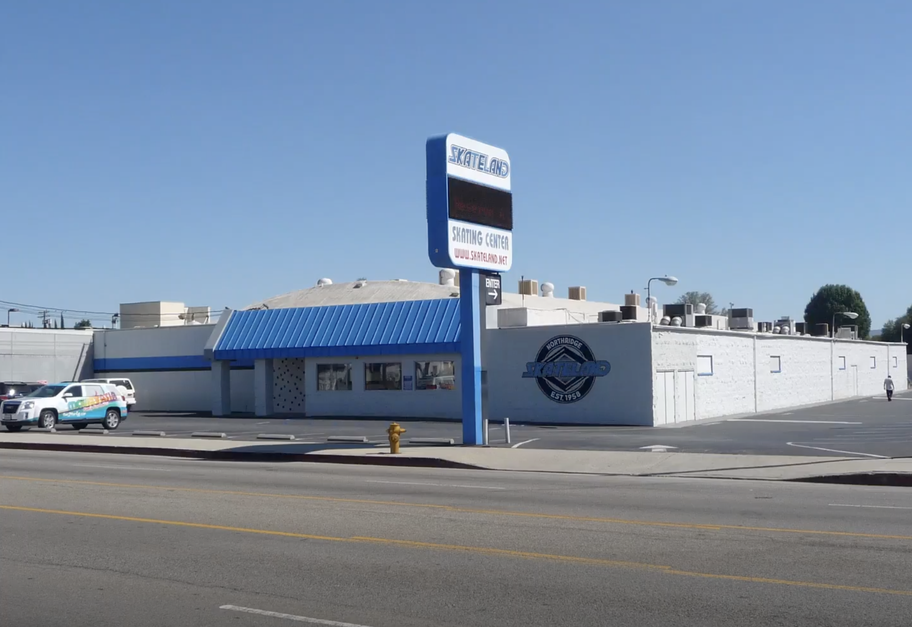 The exterior of Skateland today. Photo courtesy of Dave Fleming.

Nevertheless, the organizers of the shelter project at Skateland say they are hopeful and eager to get the project started. Ken Craft founded the Hope of the Valley Rescue Mission in 2009, and he’s spearheading the project. He plans to provide around 100 beds, as well as case managers, storage space, mental health services, and recovery programs on-site.

“These aren’t criminals, these are individuals, they're human beings,” Craft says. “So we’re trying to balance their needs and their rights, as well as the deep concerns of the neighborhood. Honestly, I think what will happen is after a year, people will forget that the shelter’s even there.”

Though this shelter will be a place for short-term stays, Craft expects people to move on to longer-term housing.

In the meantime, there’s skepticism on the railroad tracks, fear in the business sector, and a sense of hope from some neighbors and service providers. But the people of Northridge can agree on one thing: The homeless crisis in this part of the Valley can no longer be ignored.

Turning Skateland into a homeless shelter

Northridge’s Skateland is about to become a homeless shelter. Some residents are upset

Northridge’s long-time Skateland roller rink will reopen as a homeless shelter by November 2021, if all goes according to plan. Hope of the Valley, a service provider for...

For some people, losing a sense of smell can be a predictor of contracting COVID-19, while for others, it can be a temporary or even permanent side effect of having the virus.