KCRW looks at how much LA taxpayers are funding low-income housing, and whether that money is being put to good use. The latest idea: tiny homes. They’re eight by eight foot sheds, much like garden sheds people might have in their backyards. They’re to be used as transitional housing until something more permanent comes along.

An LA Times investigation finds that each one costs the City of LA about $8600, but factoring in other ancillary costs, the total price is about $130,000. LA is expected to open the first village of these tiny homes after January 1, 2021, in North Hollywood near public transit.

Why the six-figure cost? LA Times reporter Doug Smith says, “It starts with a design that goes through some vetting by city bureaucracies — the Fire Department, the Building and Safety Department, Bureau of Engineering. And they all have standards and requirements. And so it ends up becoming something … with development standards and concrete pads for each unit, underground utilities, a half million dollar hookup to the sewer system, lighting, security shack, administrative offices, and a fire access road. And the dollars just sort of keep piling up.”

KCRW talks to Smith about his probe, plus Rusty Bailey, the former mayor of Riverside, where some of these tiny homes are installed. Bailey lived in one of them for a time. 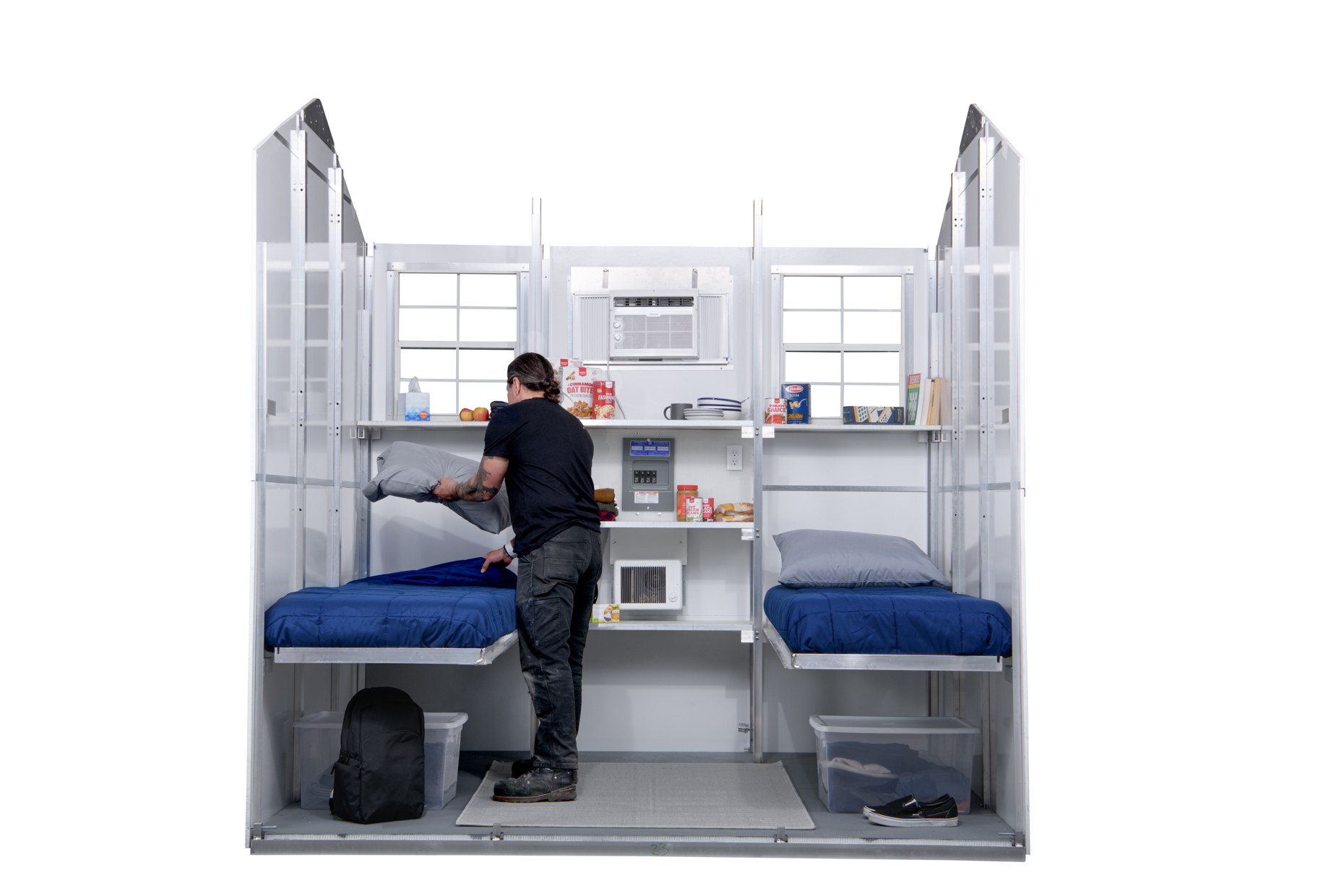 The interior of a 64-square-foot Pallet shelter.. Photo courtesy of Pallet.

KCRW looks at how much LA taxpayers are funding low-income housing, and whether that money is being put to good use. The latest idea: tiny homes. They’re eight by eight foot...

To offset COVID outbreak in OC jails, judge orders sheriff to cut inmate population by half

A new coronavirus surge has found its way to the jail population in Orange County. An OC judge is ordering Sheriff Don Barnes to transfer half of all inmates out of group...