On the third Friday of every month from May to September, there's a regata called the Sundown Series. It’s put on by The Del Rey Yacht Club, founded in 1952 by five friends after they were rejected from joining any of the existing Southern California yacht clubs because they were Jewish. Today, the club is open to all people.

The Sundown Series is an amateur race that’s also open to anyone. It costs $5 to enter. The race is short: one and a half miles past the breakwater and back.

Tonight, about a dozen boats are racing into the open Pacific, rounding a buoy, competing to be the first to cross a waving flag.

One of the boats is named Rascal, and its members change from race to race, but they hold onto one tradition: pour a round of shots (rum or whiskey), and yell “1...2...3...Rascals!” before each race.

Eight people are part of the crew, and seven are women. They have a range of sailing experience. The regulars of the bunch are sporting teal shirts with the Rascal logo, a cartoon Loch Ness Monster donning a pirate’s hat. 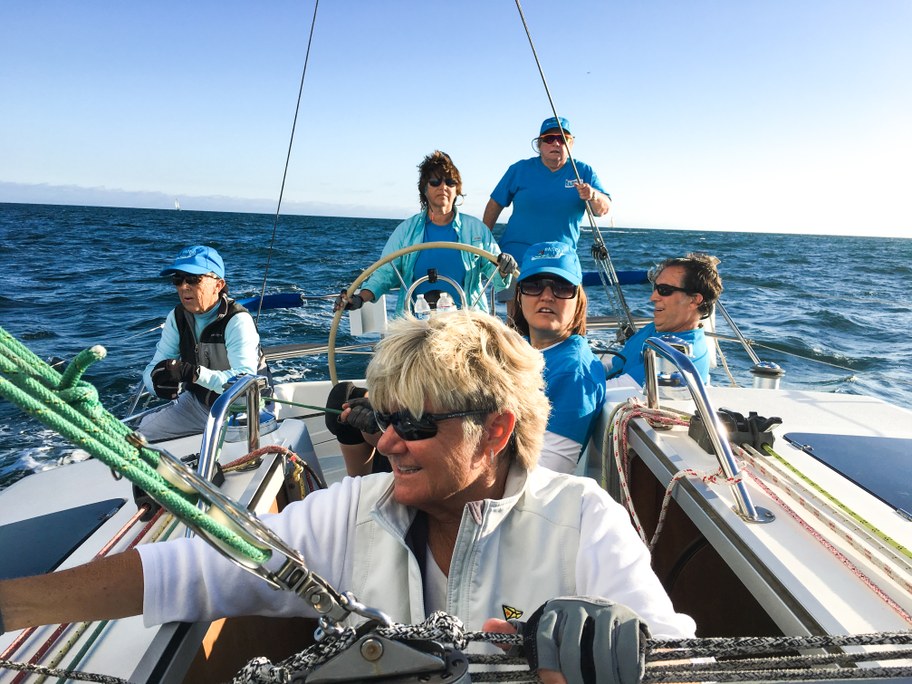 At the helm of the Rascal is Monica Chaban, a professor at Santa Monica College. She and her partner, Kathy Stamant, own the boat.

They make their way to the orange starting flag, and a small horn announces the start of the race.

“You can be late, but don’t be early. If you are early, you gotta go around and do it again. And in a short race, that’s it, you’re toast,” says crew member Stacy Sinclair.

The first part of the race is low key, letting the wind push the boat gently through the channel. Docked sailboats and luxury yachts glide by as the boats stake out their positions, trying to make the most of the breeze and block competing boats in the process.

Once Rascal leaves the breakwater, it gets intense. The swells push the boat up and down. There is a lot of tacking, a maneuver to change the direction of the boat into the wind. That means the crew has to constantly jump back and forth from one side of the boat to the other, crawling to stay low, so the sail doesn’t hit them in the head or knock them overboard.

The boat rounds the buoy and heads back toward the breakwater. Back inside the marina, things calm down. This part of the race is laid back. 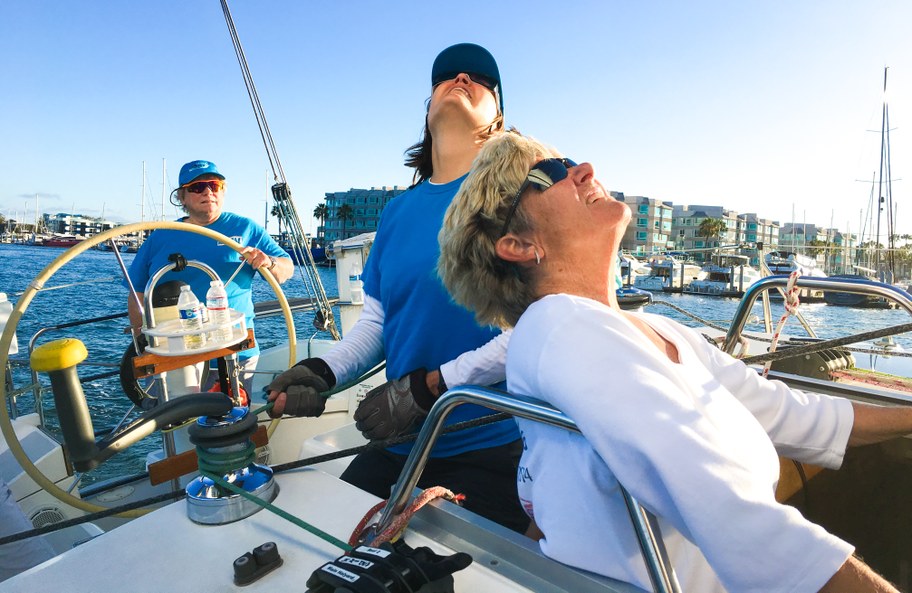 Kathy Stamant, the co-skipper of Rascal, is a retired professor from Santa Monica College. These days, she spends a lot of time on her boat, and when she’s not sailing, she does advocacy and nonprofit work to get more women into sailing.

"We are big into getting more women into boating. When I started, I was the only female on the boat. Guys were gracious, but women weren’t welcome. I ended up in the newspaper because I was a female on a boat in 1973. Now women are big in the sport and we kick ass!," Stamant says.

One of the organizations Stamant is involved with is Women on the Water, a nonprofit aimed at promoting and empowering women sailors. “Most guys don’t give up the helm, so on these special nights, men hand over the helm, and women drive the whole race. If you don’t own a boat, very few people get a chance to take the helm,” says Stamant.

Stamant has been competing in the Sundown Series since the late 1970s. She says this race in particular has been very open to women.

As Rascal makes it way toward the finish line, it passes one boat that was ahead. Because the race is open to boats of different ratings, it’s not necessarily the boat that crosses the finish line first that wins.

There is a point system that gives handicaps to level the playing field. In the end, Rascal comes in fourth out of the five boats in its category. It's not a great finish, but the Rascal crew will be back for the Wednesday night races, where they are currently in first place by a wide margin.

Every race ends with a $10 BBQ dinner at the yacht club, where the winners are announced, and the trophy is presented. But the Rascal crew decides to hang out on the boat instead, where they have a few rounds of cocktails and watch the sunset over the water. 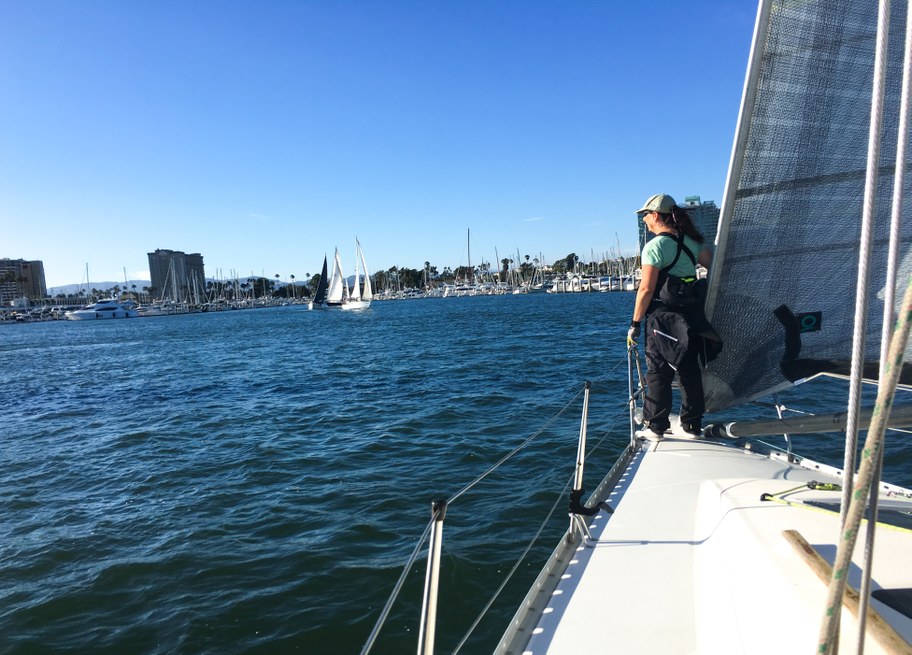 Stacy Sinclair looks out into the water. Photo by David Weinberg.

Off to the sailboat races with a nearly all-female crew

On the third Friday of every month from May to September, there's a regata called the Sundown Series .

An African-American play called "Pass Over" has been heralded at theaters nationwide.

Postmates, Uber Eats, DoorDash, and the like are supposed to make eating at home quick, easy, and guilt-free.