Your food scraps must turn into compost by 2022, says California law. Here’s how it’ll work Most food scraps in California are still getting buried in landfills and contributing to climate change. A state law aims to change that. Photo by Kathryn Barnes/KCRW.

There’s a simple way to help the warming planet, and it’s staring up at you from your cutting board.

“The single easiest thing that we can do to fight climate change is remove organics from landfills,” says Rachel Wagoner, director of CalRecycle. She says that the banana peel you threw in your trash can is heating up the planet.

That’s because when organic material breaks down without oxygen, it creates methane, and methane is more than 80 times more potent at trapping heat than carbon dioxide.

Here’s what to expect:

No extra work (for you) 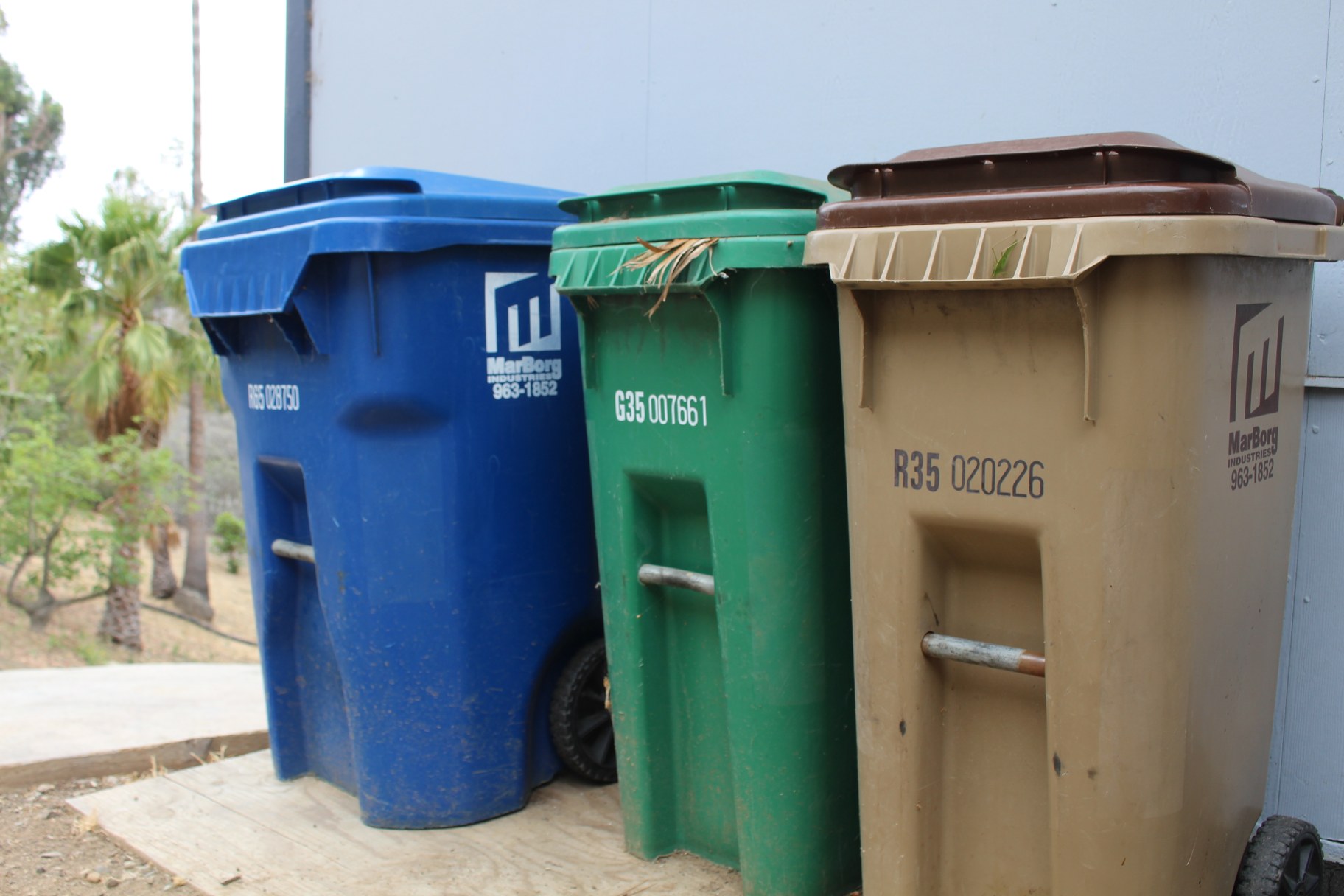 Your trash collector may ask for food scraps in the green or brown bin, depending on where you live. Photo by Kathryn Barnes/KCRW

Most California residents will stick to the three-bin system, so don’t expect a heavier lift when it comes to sorting your organics. Depending on where you live, your trash collector will either ask you to place food scraps in your green bin along with yard waste, or ask you to place them in your trash bin to be separated at a Materials Recovery Facility later.

Keep an eye out for information coming from your city or county.

Organic waste makes up 56% of what we currently send to landfills, so diverting it would make a big impact on landfill size. In 2018, California dumped about 24 million tons of organic materials in landfills, which is like filling almost 109,000 Olympic swimming pools with organics each year and burying it underground. That’s all according to CalRecycle. 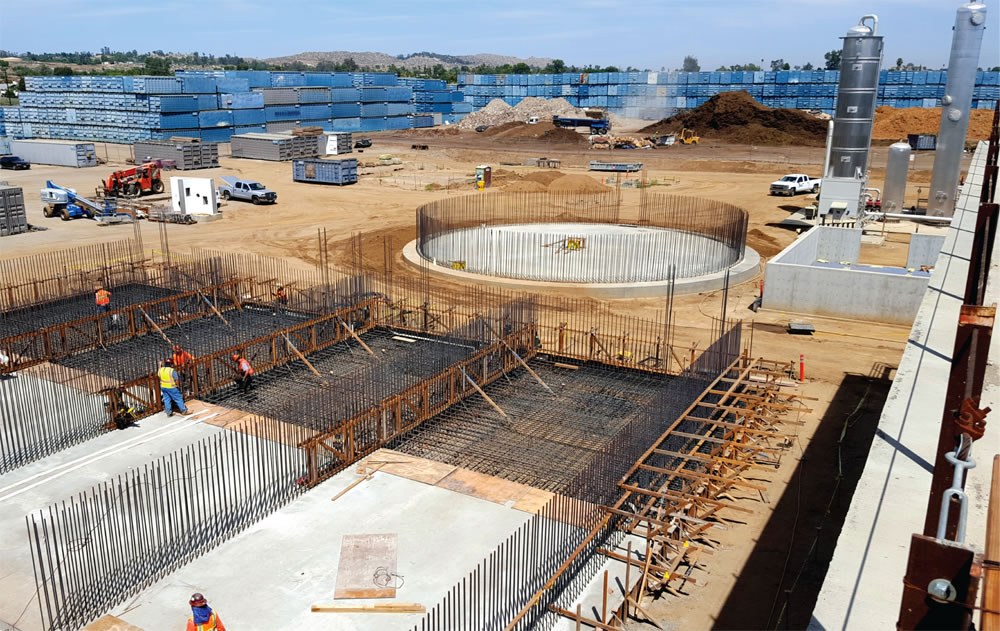 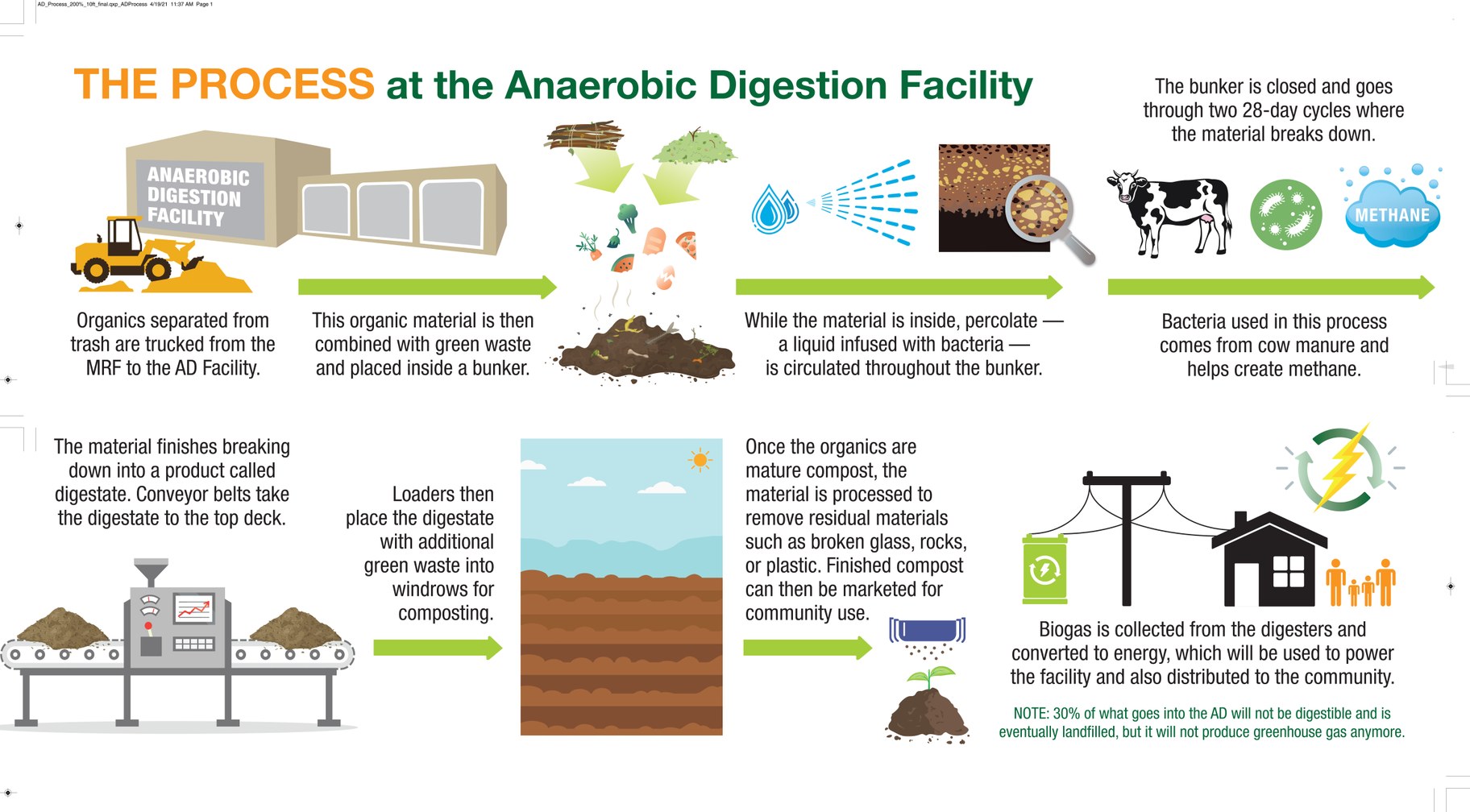 This infographic explains how the anaerobic digestion facility in Santa Barbara works. Graphic courtesy of County of Santa Barbara.

Anaerobic digestion and co-digestion facilities produce methane just like landfills. But unlike landfills, they’re able to trap 100% of it. That methane can power the facility or add to the state’s electrical grid. Soon, your rotten strawberry could turn on the lights.

Slowing the rate increase will mean collectively reducing the waste we send to facilities like this one (i.e. prioritizing reducing and reusing over recycling).

Since California signed SB 1383 into law in 2016, at least seven other states have created similar laws meant to divert food waste from landfills, including Vermont, Maryland, and New Jersey.

Hundreds of jurisdictions statewide are in the process of establishing and enforcing organic waste diversion programs in order to hit that 2025 target.

The state plans to assist first and penalize serious offenders later. If a jurisdiction fails to have an ordinance, contract, or program in place, despite assistance from CalRecycle, the state could impose fines of up to $10,000 per day.

Meanwhile, if you want to take a more active role in where your food scraps end up before your government sets up a plan, consider composting close to home by doing it yourself in your backyard or signing up for a local composting service. 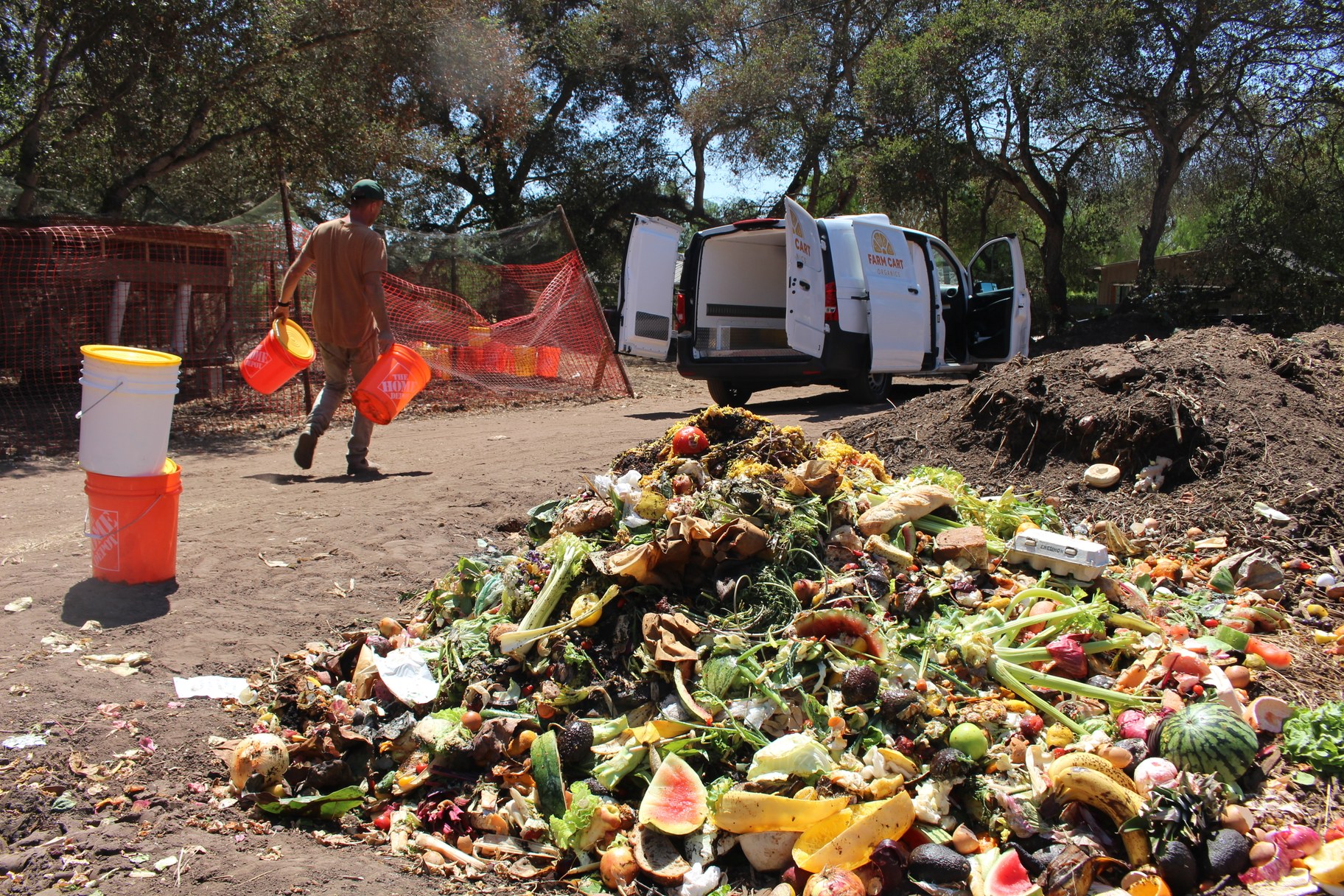 You can take composting into your own hands by doing it at home or signing up for a local composting service, like Better Bucket in Carpinteria. Photo by Kathryn Barnes/KCRW.

Here are some options around Southern California:

Your food scraps must turn into compost by 2022, says California law. Here’s how it’ll work

SB 1383 aims to reduce organic waste disposal 75% by 2025. It requires that by January 2022, all cities and counties in California need to establish a plan to compost the...

OC’s Capistrano Beach used to be a vibrant coastline for recreation. How to revive and preserve it?

Capistrano Beach in Dana Point has been battered by storms and rising sea levels in recent years. It was once a vibrant stretch of coastline with volleyball courts, a...