A mother teaches the police about autism Kate Movius and her husband, Hugh O’Donovan, live on a quiet street not too far from York Boulevard in Highland Park. They have two boys, James, 14, and Aidan, 18; and a friendly German shepherd, Athena.

Aidan has autism. He’s nonverbal, which means he almost never speaks. But his mom knows one thing that gets him super excited.

“He gets very excited in situations like Costco,” she says. “He loves big box stores, and he shows it with great exuberance. And where that might be perceived as very cute in a child or even a young teen. In a young man like Aidan who's now you know he's approaching five foot eleven. Six feet. It can be perceived as something scary and certainly unusual.”

This is concerning for Movius and many parents of autistic people.

Two weeks ago, an off-duty LAPD officer shot and killed a 32-year-old man named Kenneth French at a Costco in Corona. French was autistic and nonverbal. Just like Aidan.

His parents were also shot and are still in the hospital.

The CDC estimates that 1 in 40 American children have been diagnosed with autism. That’s just under 2.5% of all kids in the United States.

Many of those parents, who once worried about how to find appropriate schooling and care for their autistic children, are now worried about what’s going to happen with their kids as they become adults.

“Because autism is a difference in not only language but in behavior. And so a person with autism who is trying to express excitement or friendliness, you know they put their hand on you. That could be perceived as a threat, certainly if you're a stranger. Aidan loves the way that people smell, for example… We recognize this could get Aidan into trouble, but he loves to sniff people and this eventually will, I'm sure, lead to a misunderstanding with somebody.”

Movius is doing everything she can to prevent that kind of misunderstanding. For the past four years she’s worked with law enforcement agencies, like the LA Sheriff’s Department, to help train officers on how to identify and deal with people with autism.

“I try to put them into sensory situations in which they might get a feeling of what it feels like to be autistic. What that means is that I make things loud, confusing, disruptive for them, and I ask them to then try to perform a simple task while this is going on. And for those in the room who aren't participating in this exercise they can see how that unfolds. And then for the people who are actually experiencing it they can feel what it feels like.”

She also has the deputies meet and interact with autistic people so they can understand what the behavior looks like. “The bottom line is that meeting an autistic person changes everything,” she says.

She works with several young autistic people at the training, who each behave differently. One can speak, one speaks by quoting SpongeBob Squarepants, and two interact in nonverbal ways. One young man “likes to very, very rapidly move his hand towards your face” when he meets you. “You can imagine what an officer might think in that moment,” says Movius.

“There's a fight or flight response that happens in every person whether or not they're a police officer. But depending on the situation, learning how to kind of take it in and take a moment to see: this might actually be autism and not someone who's high or being disrespectful or non-compliant. Autistic people are almost never noncompliant by will.” 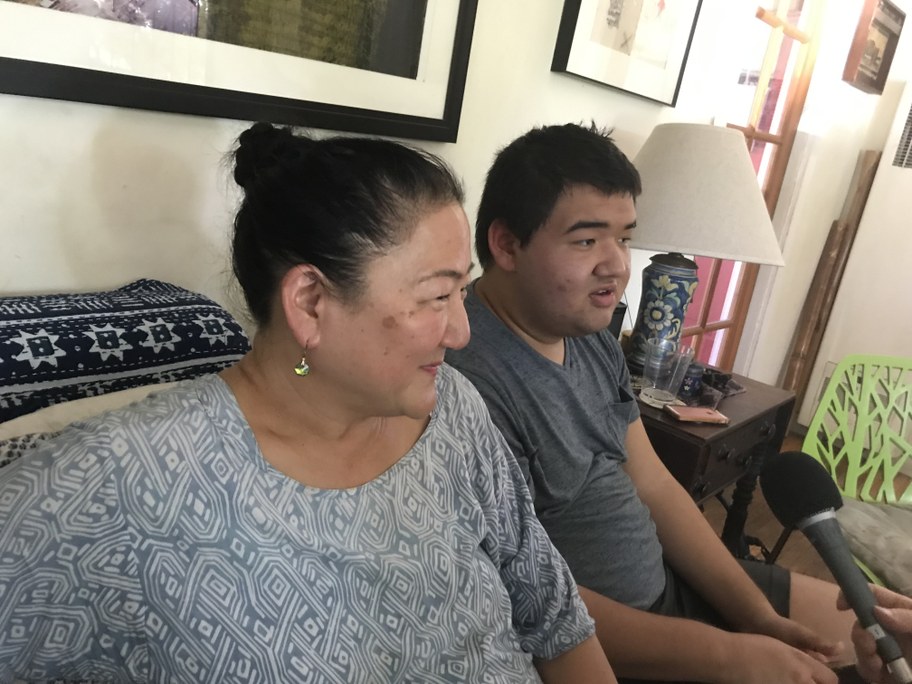 A friend of Movius, Jeni Kim Ishimoto, is the mother of a 16-year-old son with autism.

“It preys upon all our minds as mothers of children with autism that this could happen to our kids,” says Ishimoto. “I would say law enforcement needs to take a breath. They need to stop and let a beat go by and really think about the person before them, whatever it is they have, without trying to diagnose what they have. If there is a sense that somebody is not well or has a disability of some kind, they need to let that read before they interact with this person. If they possibly can.”

Her son Nico is “high-functioning,” and verbal. He had been asked to respond to the Costco shooting and read from an answer he had written down.

When I heard about the Costco shooting and what happened to the French family, I was angry. An off-duty police officer like thought that Kenneth knocking him down was a good enough reason to shoot the guy. Then when the parents tried to explain to him that their son was autistic, he shot them.

This was showing me that we need to make the LAPD better understand the autism community, because the officer went to violence and ruined the lives of the family instead of compromising. Even then, how can you argue with a nonverbal man and then shoot him?

We need to make our officers respect the autism community by not just giving us fund raising but to be better suited in handling these situations with less violent tactics. And understand that this community needs a better understanding. That is mandatory.

A mother teaches the police about autism

Kate Movius and her husband, Hugh O’Donovan, live on a quiet street not too far from York Boulevard in Highland Park. They have two boys, James, 14, and Aidan, 18; and a...

The bitter feud between Hollywood talent agents and TV and movie writers continues to heat up. The Creative Artists Agency is the third agency to sue the Writers Guild of...

KCRW reporter Saul Gonzalez watched the U.S.-England World Cup game at Lucky Baldwin’s pub in Pasadena, where the crowd was engaged and donning their red, white, and blue.