Political expert John Heileman sits in his remarkably tidy kitchen with his dog while appearing on MSNBC. As a result of stay-at-home orders, many in the TV realm are broadcasting from home and giving viewers a peek of their personal style. Photo credit: Frances Anderton

Sheltering at home offers an unexpected opportunity for nightly news watchers. As news personalities and commentators broadcast from their residences, audiences have expressed delight at seeing hosts and guests in their natural habitats. Often they look less made-up and more authentic. Just like the rest of us, some have messy shelves and lots of tschotskes.  Others have gleaming kitchens worthy of design catalogs.

“It has its own following in many ways,” Bera tells KCRW’s Frances Anderton. “And my staff lets me know that more people comment about the bookshelf than they comment on whatever I'm talking about on cable news.”

Fordham University media professor Paul Levinson says this breakdown of the wall between viewer and TV personality is revolutionary. He says we’re “a big step closer to actually having a conversation with a real person rather than getting the news delivered from someone on high."

But as authenticity reigns for the moment, a new batch of consultants and experts have appeared to help curate home and hearth. 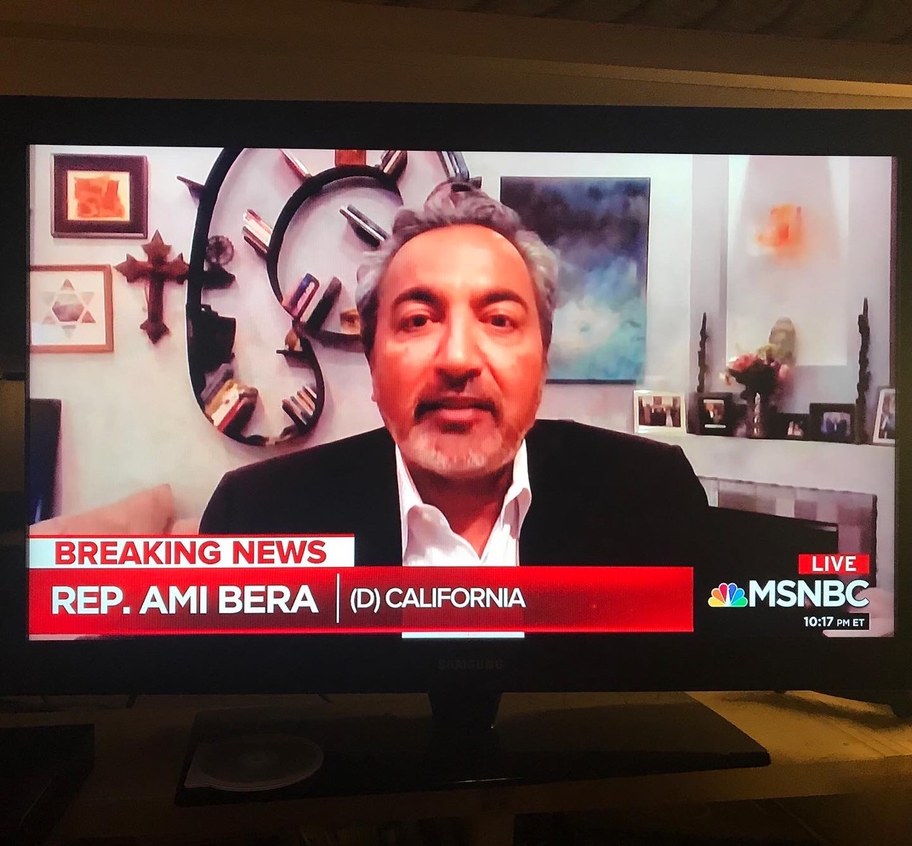 Broadcasting from his home, Democratic Representative Ami Bera of California and his bookshelf designed by Ron Arad appear on MSNBC. With physical distancing curtailing in-studio guests, viewers of cable news programs have been treated to glimpses inside the homes of personalities and politicians. Photo credit: Frances Anderton

Hazel Cho is perched on the edge of the couch, staring intently at the computer screen while twirling a strand of hair. It’s her school’s morning Zoom meeting, and she’s...

As public health officials gradually lift some of the restrictions keeping people hunkered down at their homes, that could mean a boost to the economy – and your worries.

Sheltering at home offers an unexpected opportunity for nightly news watchers. As news personalities and commentators broadcast from their residences, audiences have...