Recent protests in LA have included people from all sorts of backgrounds and ethnicities. Photo by Jerome Campbell.

He showed up with a handkerchief tied around his head and a shirt with the image of his late grandfather CJ Osondu Farr, who opened schools for Black children in Washington state and taught him what it meant to march for Black liberation.

“I grew up around a lot of people that did the work, whether that's feeding children, educating children, and showing up when you need to show up,” he says.

At that particular protest and throughout the week, Farr noticed the crowds were the most ethnically diverse he’s seen, which made him hopeful for big change.

Brenda Stevenson, a professor of History and African American Studies at UCLA, said the diversity at recent protests has been many years in the making.

“In all the other protests that have been there, we see primarily African Americans. … But we do see the participation of a lot more people from different categories, from different kinds of racialized groups,” she says.

At the same time, Farr says the sudden increase in diversity among protests made him feel uncomfortable. When non-Black protesters, who called themselves allies, took a knee  or agitated police, he wasn’t sure if they were sincere, or if they wanted to appear “woke.”

“We live in a place where optics become the narrative. I just hope that the right things are seen. The right movements, the right actions, the right intentions are seen and felt,” says Farr. 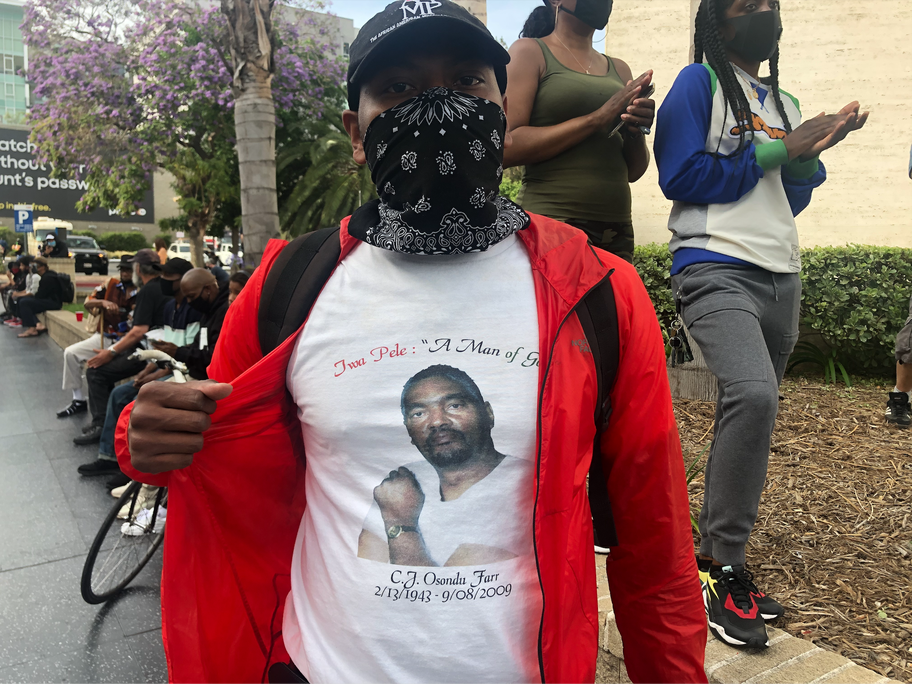 Shug Farr at a protest in Hollywood for the killing of George Floyd, Breonna Taylor, and Ahmaud Arbery at the hands of police. Photo by Jerome Campbell.

It’s not necessarily a bad thing that the intentions of allies are divided, says Farr. As more people get comfortable chanting “Black Lives Matter,” the more people will say it and believe it, he adds.

Nevertheless, when he’s standing on the frontline of a protest and an ally is standing next to him, he wonders, “Will they always be beside me?”

“The true test is what comes after the marching,” says Farr. “I think that's kind of where everyone's waiting for the other shoe to drop.”

Shortly after protests began, she noticed that most non-Black people were slow to post about the recent killings by police. Occasionally, some would make a one-off post.

“I saw people didn’t even put a caption. It was empty. It was just a black box, so without any context, you don't even know what that black box is about, she says. “They're not actually doing anything,”. 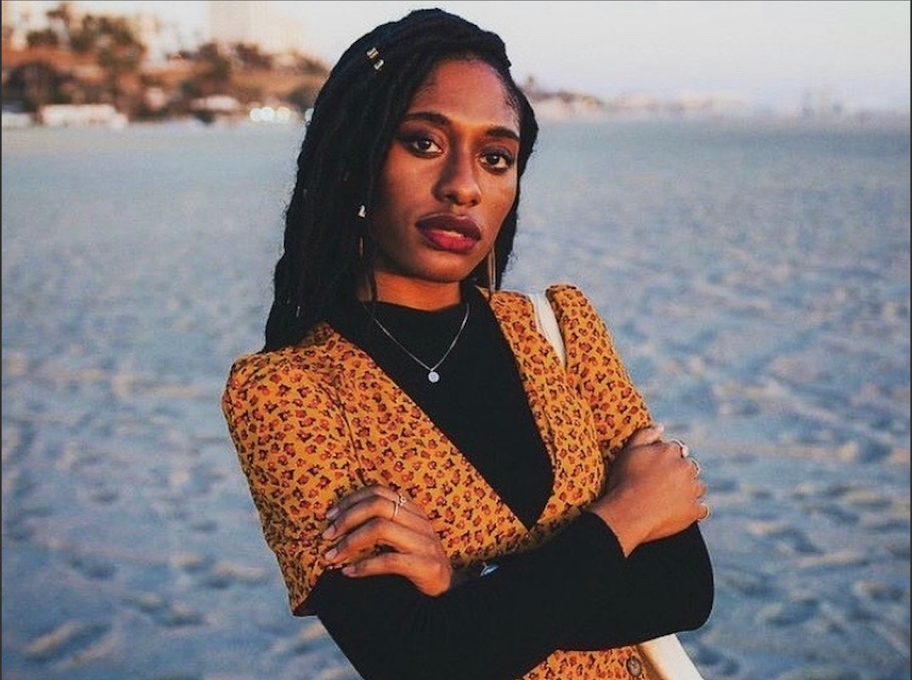 Adaobi Ugoagu says posting a black square on social media — without a caption or context — achieves nothing. Photo courtesy of Adaobi Ugoagu.

In response, Ugoagu started #cashoutwednesday, encouraging people to post their receipts when they donate to Black-led organizations focused on justice. In one day, she saw more than 400 people use the hashtag and about $3000 in donations.

Ugoagu said the hashtag was not about the dollar amount. It was about whether people decided to publicly use their money and platform to speak out.

“I just didn't want to create an out for people,” she says. “You know your situation better than I do, and if you can or cannot give. So you gotta [sic] make that decision. But I won't give you the permission to do that.”

She adds: “And you know what? People who are broke and unemployed gave.”

“I think the people who it is authentic for, the African American community in particular, have to move forward. ... If people want to show up to help with that project, good. If they don’t want to, it’s still ultimately our project.”

This is why Farr goes to many protests throughout the week. He’ll have to do this kind of work for the rest of his life, he says.

For others, the protests may be a passing moment this year, he adds. Still, he was surprised and glad to see the movement spread outside of the Black community.

Farr wants to see where the momentum will go. He admits that he may not live long enough to see Black people getting justice for centuries of oppression, but these recent protests might be the start he has been looking for.

“This is the closest shot I've ever seen in my lifetime. This is the best shot we've had so far. The only hope and the only thing I'm holding out for is stamina. I’m praying for stamina,” says Farr.

He prays for the stamina of himself, other Black people, and other allies who may stick around.

Who are the allies protesting with Black Lives Matter?

The diversity at recent protests has been many years in the making, says one UCLA professor of African American Studies. However, some Black Angelenos are wondering whether...

Greater LA contributor Mona Holmes shares what it was like for her to grow up Black in Los Angeles.

How Hollywood and theaters might change as production restarts

The film and TV industry has been at a standstill for some three months due to COVID-19. Governor Gavin Newsom has now given the green light for Hollywood production to...