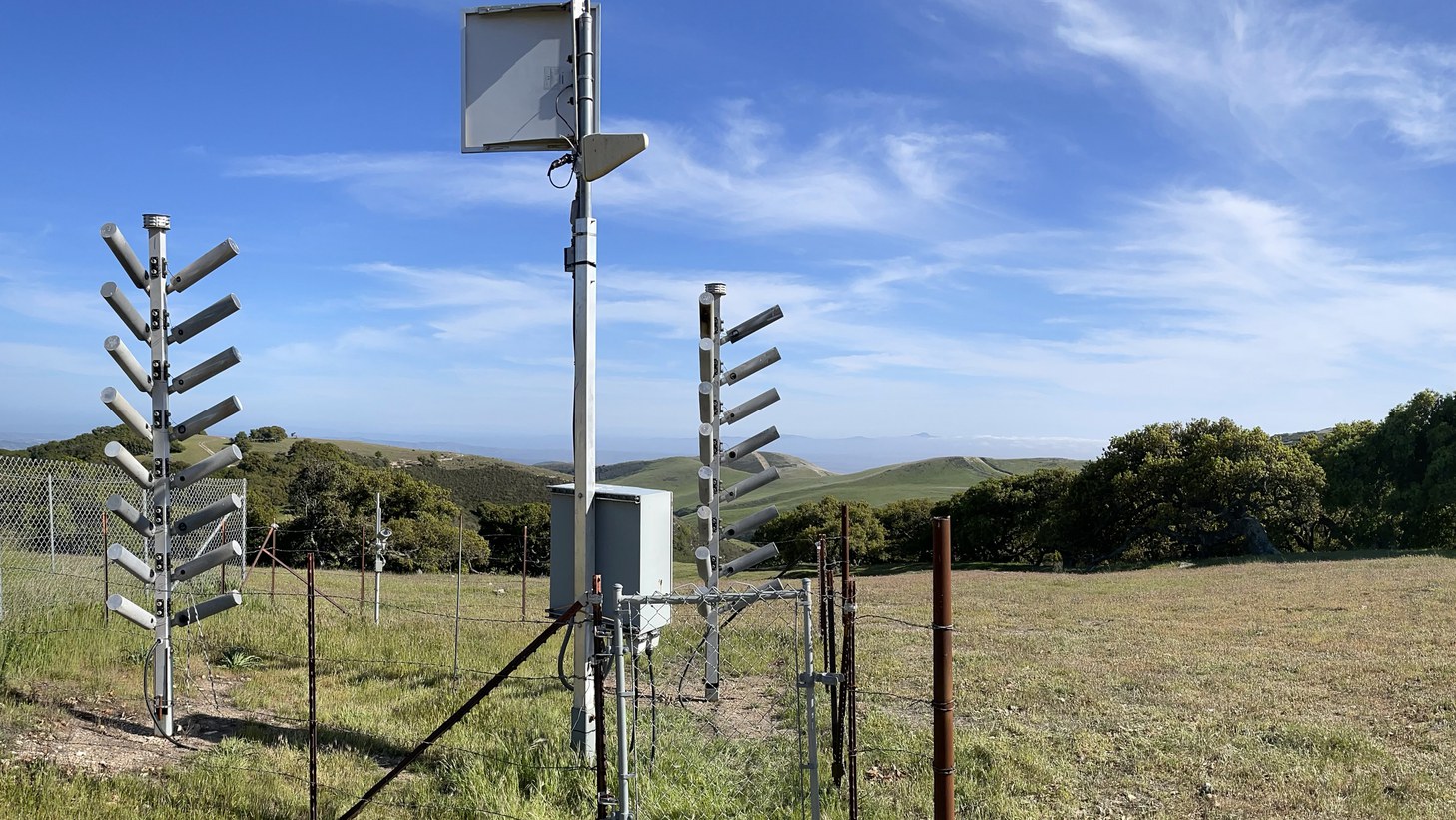 Despite a rush of rain and snow heading into 2022, 85% of California remains in severely dry conditions, according to the U.S. Drought Monitor.

That’s why water agencies in Southern California and beyond are trying to squeeze a bit more water out of the storms that come this winter using a method called cloud seeding.

It’s a weather modification technique that uses silver iodide to bond cloud droplets together to form ice crystals, which grow into snowflakes and fall as either snow or rain, depending on the elevation.

Cloud seeding has been around for decades, but has grown in popularity in recent years as studies prove its relative success. A 2020 study published by the National Academy of Sciences found that under the right conditions (meaning the temperature is low and the winds are moving toward watersheds), cloud seeding can squeeze 3-5% more rain out of clouds.

How does cloud seeding work?

“Let me catch my breath,” says Shane Taylor, the utilities manager for the city of Arroyo Grande, as he unlocks a gate, shoos some cows away, and trudges up a muddy hill to show off one of the cloud seeding sites on a rainy day.

“Here we are, a satellite-based, solar-powered cloud seeding station, operated remotely. It's amazing,” he says. 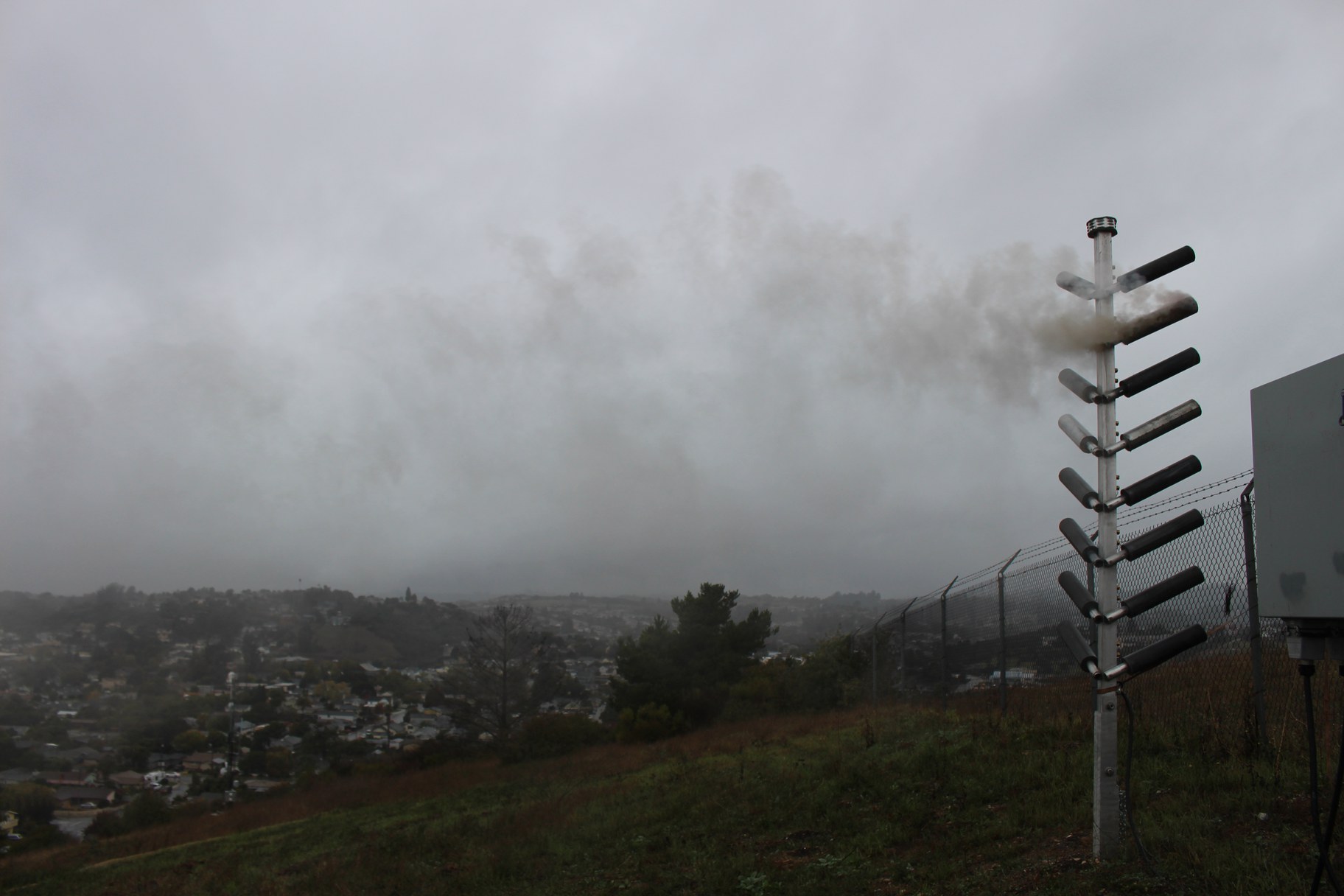 Two silver towers overlook the city, with poles sticking out of them like branches on a Christmas tree. Meteorologists at North American Weather Consultants (NAWC) determine when to set off the flares of silver iodide. The compound helps bind cloud droplets together, making them heavier and more likely to drop.

From his computer at his office near Salt Lake City, meteorologist David Yorty ignites a flare 800 miles away in Arroyo Grande. He hopes the silver iodide will induce greater rainfall into the Lopez Lake watershed.

That’s because cloud seeding occurs when there’s already a storm in the forecast. Most of the time, it’s already raining when the flares go off. It’s impossible to pinpoint which raindrop fell naturally and which one fell due to the silver iodide. 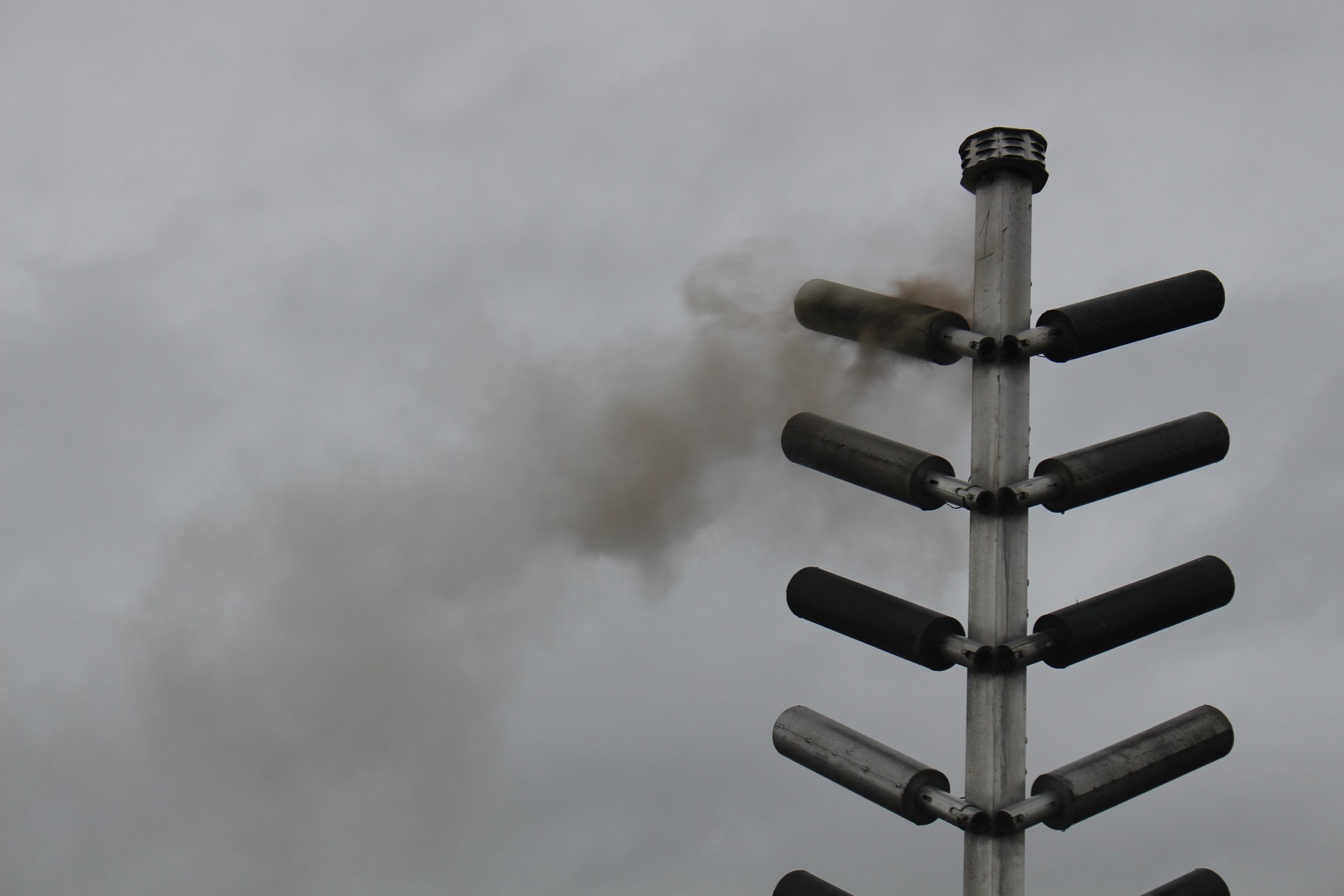 A plume of smoke containing silver iodide emerges from a flare at a cloud seeding station in Arroyo Grande. Photo by Kathryn Barnes/KCRW.

What counties are cloud seeding?

In the fall of 2021, the Santa Ana Watershed Project Authority Commission, a coalition of five water agencies, approved a four-year pilot program that could increase rainfall in San Bernardino, Riverside, Orange, and parts of LA. The program is scheduled to launch in the fall of 2022.

Santa Barbara County has been cloud seeding for decades, though they suspend operations in certain areas after fires and when there’s already a risk of flooding in the forecast.

San Luis Obispo County kicked off their third winter by paying NAWC roughly $250,000 to set off flares at three sites near the Lopez Lake watershed (including the one in Arroyo Grande).

Could it make a dent in the drought?

A lack of tangible evidence and clear experiments have certain scientists skeptical about the effectiveness and worthwhileness of cloud seeding.

“There's a long history of people making really bold claims about being able to manipulate the weather, and time and time again, science really has failed to demonstrate that these attempts to do that have actually yielded any fruit,” says Daniel Swain, a climate scientist with UCLA and the National Center for Atmospheric Research.

He says traditional scientific experiments compare a variable against a control group, but that’s impossible to do in the case of cloud seeding.

He points to the story of Charles Hatfield as an example. In the winter of 1915, San Diego was in a really bad drought and the region was thirsty for water. The city would try anything, so they hired Hatfield, who said he could make the skies weep. (It actually inspired the 1956 western film, “The Rainmaker.”)

Hatfield headed into the woods and built a 20-foot tower near the banks of the Morena Reservoir. He mixed some chemicals together, set them on fire, and let the smoke drift upward. Shortly after the new year, several severe storms struck. The stone dam at the Lower Otay Reservoir gave way. Floodwaters washed away homes, roads, railroad tracks. The drought was over, but more than a dozen people died.

So, was Hatfield responsible for those deaths? Did he make it rain too much?

“It's quite likely that what this person did essentially achieved nothing at all, and the drought busting flood that followed was essentially a matter of chance,” says Swain.

Even if cloud seeding can squeeze 3 to 5% more rain out of clouds, Swain says that’s not enough to help end the drought or even be a major contributor to the water supply.

And he brings up another concern: water equity.

“To the extent that this may work, and this may squeeze out 5% more water from the clouds under certain conditions, are you doing that at the expense of how much it's raining or snowing in some adjacent region, which might also be experiencing the same drought that your watershed is?” he says.

In other words, despite its growing popularity and measured success, cloud seeding is no silver (iodide) bullet when it comes to ending California’s drought.

Water agencies across SoCal are investing in cloud seeding programs to squeeze more moisture out of their winter storms. But playing rain god has risks and limitations.

Some truck drivers live full-time — and cook — in their big rigs, driving across the country to keep the supply chain going.

The human body is the focus of two artists with shows up in LA right now: Nevine Mahmoud at M+B, and Julia Phillips at Matthew Marks Gallery.