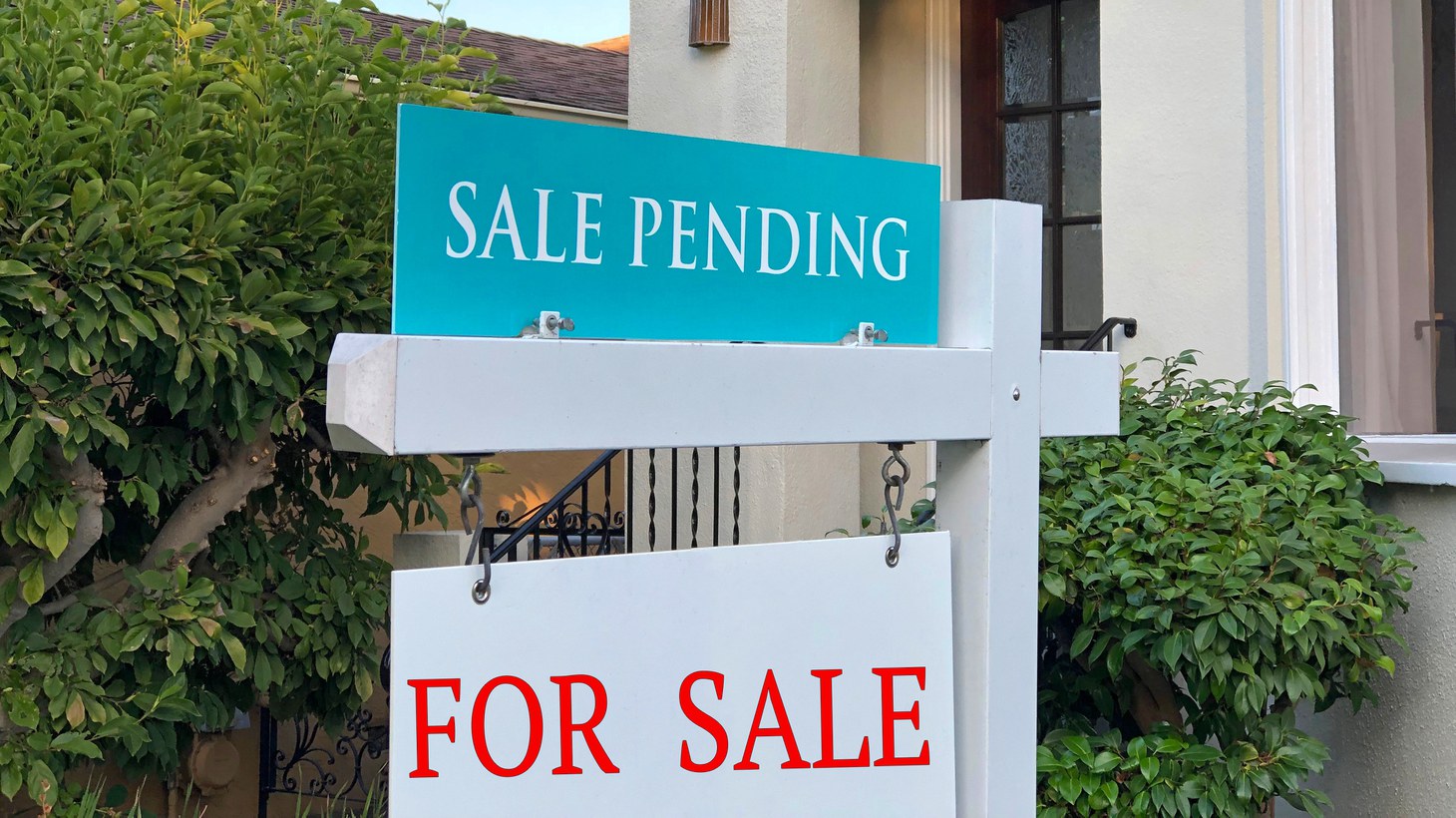 A sign in front of a California home says “sale pending.” Realtor Dunia Handy Gill says in Pasadena, some homes are purchased within a month of being listed. Photo by Shutterstock.

Prices are usually rising in Southern California’s residential real estate market. But over the last few months, the market has chilled slightly, with asking prices falling for many homes. What’s going on? Is this a blip or sign of a long-term trend?

The average interest rate on a 30-year fixed mortgage was 2.96% in 2021, but it’s risen above 5% due to inflation, explains UCLA accounting and real estate professor Eric Sussman.

But homes are still selling, says LA realtor Dunia Handy Gill. She uses the example of Pasadena, where properties are turning over quickly. She says some homes are listed and purchased within a month.

“I'm still seeing multiple offers. I'm seeing cash, but I'm also still seeing buyers with mortgages, but not [with] 30-year fixed mortgages, more of a seven ARM [adjustable-rate mortgage], even a 10 ARM. So mortgage companies are getting a little more creative in order to continue to have buyers that are able to purchase,” Handy Gill says.

Buyers also have pent-up demand caused by the pandemic, Sussman points out. He doesn’t predict any housing collapse on the horizon.

“I've told everyone if they're waiting for a collapse, they'll be waiting for Godot. It ain't gonna happen because of modest supply,” he says.

“They got so overstretched and that's what really causes the sharp declines and that snowball effect when people sell the banks, then have issues with their loans and they're foreclosing. … That just is not going to happen this cycle as best that I can see,” he adds.

Handy Gill says now is still a good time to buy a home in Southern California: “If you are intending on purchasing and holding on to a property for at least three to five years, this is absolutely a great time. And I'm seeing that there's more on the market for the buyers.”

Sussman says he agrees with Handy Gill in general: “It's a fool's errand to try to seek out peaks and troughs in markets, certainly in real estate. So I agree with the broad sentiment.”

But he says he doesn’t want to “have rose-colored glasses on” because uncertainty is everywhere, and he sympathizes with Federal Reserve Chairman Jerome Powell who must balance inflation versus a recession.

Asking prices have been falling for many Southern California homes over the last few months. Is this a blip or a sign of a long-term trend?

Los Angeles public libraries have millions of books in circulation. But they also loan out several non-book items — all you need is a (free) library card.

It’s not too late to catch up on summer reading — and look ahead to titles coming out this fall. Katie Orphan of Chevalier's Books recommends “Pink Hotel” “The Long Answer,”...