Every Saturday, you can find Maebe A. Girl — a 6’2” stunner in an '80s power suit with pearls and a sleek blonde bob — at the Standard Hotel in downtown LA, where she hosts a raucous mimosa-filled drag brunch called Wigs and Waffles.

Maebe A. Girl uses her drag name off stage too. That includes on the first Wednesday of every month, at Silver Lake Neighborhood Council Governing Board meeting, where things are more low-key.

She won that neighborhood council seat in April, becoming the first drag queen elected to public office in the U.S. In previous years, a political candidate in drag would likely have been treated as a joke. But in 2019, nobody’s laughing.

If there’s any sort of small silver lining to the current administration, it’s that “anything goes in politics right now,” says Maebe A. Girl. “If Donald Trump can be elected president of the United States, why can't Maebe A. Girl be elected to local office?”

So early this year, she decided to make a run for Silver Lake’s Neighborhood Council. Initially, she didn’t know how her neighbors were going to respond. However, once people got to know her, they quickly got onboard.

One of Maebe’s biggest challenges was getting some of her fellow queens to believe that she was serious, though it’s easy to see why they were confused. The drag world is rife with theatrics and satire. But drag isn’t just a performance to her. 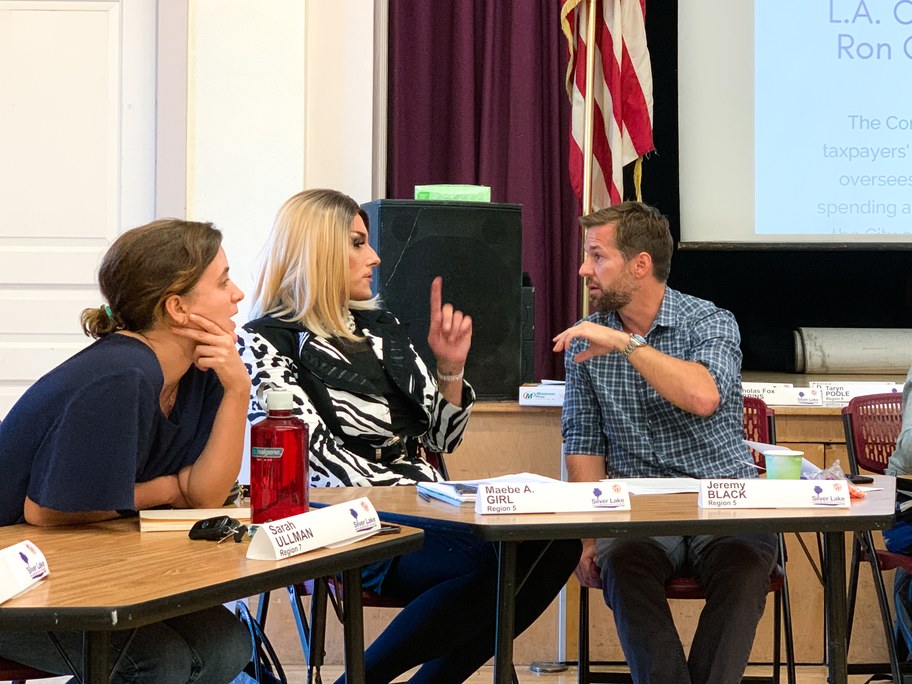 The way we view gender has become more flexible, but it hasn’t always been that way.

Maebe was born a boy and grew up in Pittsburg and suburban Chicago. She remembers hearing her mom use a slur against gay people, something a lot more acceptable and commonplace in the '90s than it is now, and it added to her worries about coming out.

But when she came out at 16, her parents were supportive. She acknowledges that many queer people do not have that good fortune.

“Many queer people are thrown on the streets when they're teenagers, which I think is absolute garbage,” says Maebe. She points out that in LA County, 40% of homeless youth identify as LGBTQ.

This marks the intersection of two issues she’s passionate about. She sits on the Homelessness Committee of the Silver Lake Neighborhood Council. She also introduced a motion to create a new LGBTQIA Advocates Committee that formed a few months ago, which she now co-chairs.

Her focus goes beyond  LGBTQIA issues though. She wants to center marginalized voices of all kinds. 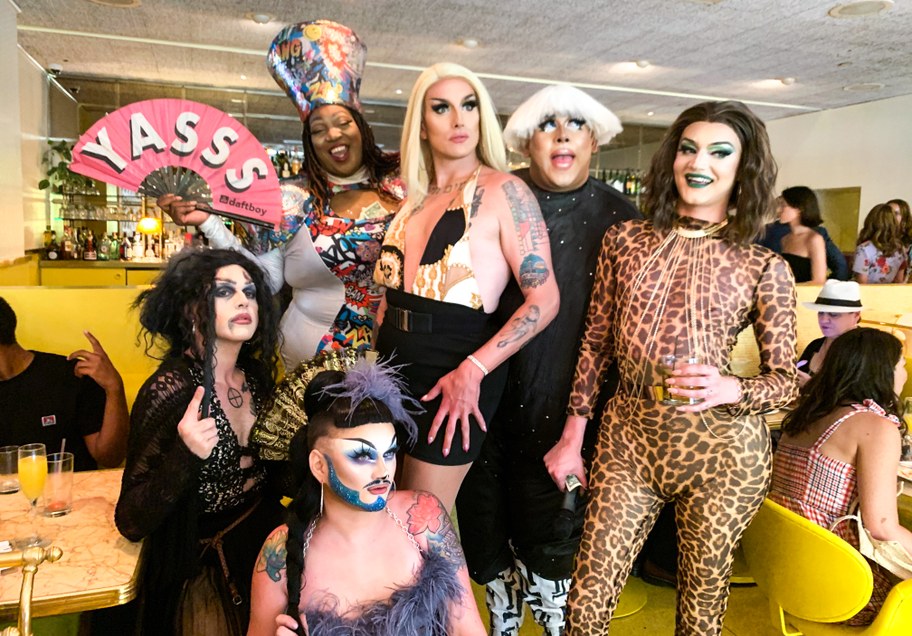 There are many people throughout LA who have anxiety over how their identity may affect their rights and wellbeing, and their fears have been mounting since the last presidential election. But Maebe’s message to concerned citizens is simple: vote.

And she’ll be taking every vote she can get because she’s going to be on the ballot again next year. She’s running for Congress, pursuing a seat in the U.S. House of Representatives to represent California's 28th congressional district.

She’s going to face off against well-funded, long-time incumbent Adam Schiff. But Maebe’s not discouraged.

“It's so funny, my drag character sometimes looks like a rich white woman, but I'm honestly anything but,” she muses. “I'm a regular person out here trying to fight for regular people, and I'm not a career politician.”

A few times a week, Maebe waits tables on the lunch crowd at an Echo Park bistro. Remind you of anyone?

“It's the same thing that AOC [Alexandria Ocasio-Cortez] did when she unseated [Joe] Crowley,” she says. “Everyone thought it was a joke that she was even trying, you know. It just seemed like no there's no way that's going to happen, and it happened.”

And Maebe sees this as a scenario that could happen again. But win or lose, this election won’t determine her future in politics. Much like with drag, Maebe is hooked, and she doesn’t anticipate her political pursuits ending anytime soon.

After all, she says, being gender nonconforming is a political act every single day.

Every Saturday, you can find Maebe A. Girl — a 6’2” stunner in an '80s power suit with pearls and a sleek blonde bob — at the Standard Hotel in downtown LA, where she hosts...

An ongoing war between California and the Trump administration has covered many issues: immigration, the Census, and the environment.