Skid Row’s 50-plus blocks don’t have much in the way of accessible water. There are just five water fountains and a few hydration stations to fill up water bottles in the downtown area.

That makes it difficult for the area’s roughly 4,700 unhoused residents to find clean water, but a mutual aid group is attempting to remedy that.

Water Drop LA has been delivering over 1,000 gallons of water every Sunday to the area since mid-July.

It was founded by USC students Aria Cataño, Catie Cummings, and Kate Montanez. The three started the organization after consistently being asked for water while handing out burritos to unhoused residents around City Hall. They researched sources in the Skid Row area, finding very few or poorly maintained fountains and sanitation stations.

“The issue of water has always mattered to us,” Aria Cataño says.  “It’s something that’s a human right.”

During the organization's water drop days, a church parking lot down the street from USC is filled with about 50 volunteers of all ages. Some of these volunteers are local students, while others come from as far as Irvine (they heard of Water Drop LA via social media).

They unload a U-Haul full of one gallon water jugs and pack them into the backs of their vehicles. 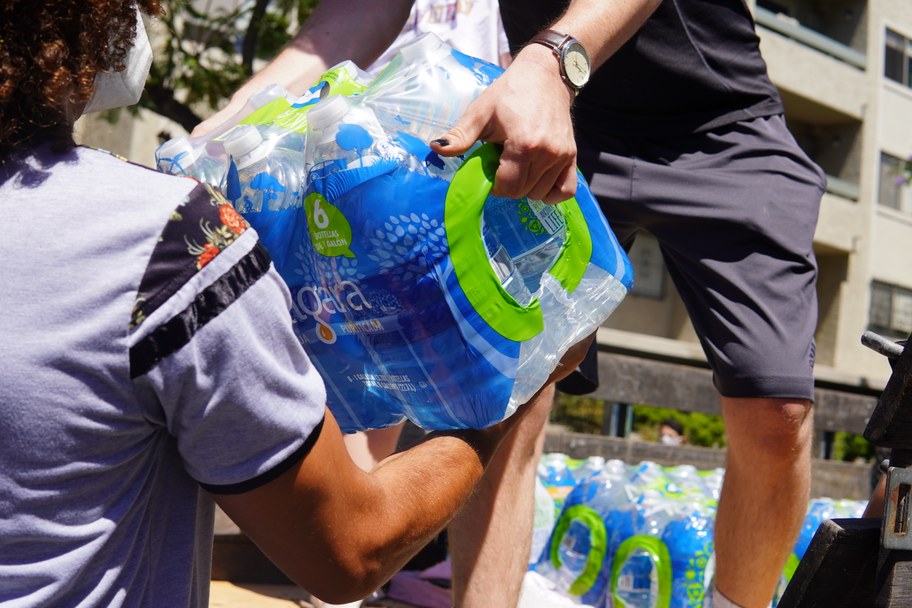 A volunteer hands a gallon of water to another, loading up his truck. Photo by Angel Carreras.

Before heading out, they receive a debrief on how interactions should play out. 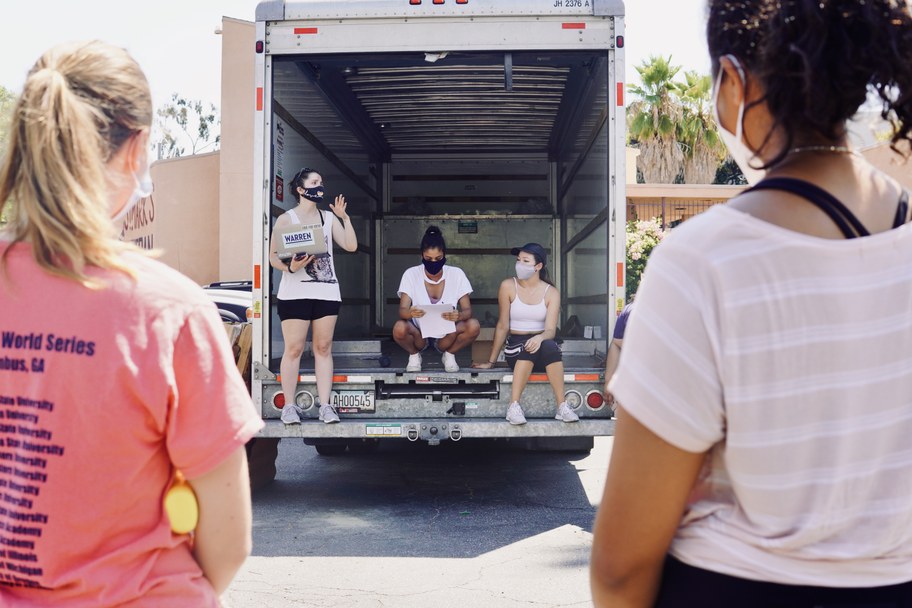 Water Drop LA is careful to avoid saviorism and instead build community with Skid Row residents. Photo by Angel Carreras.

“It's really important that when we go into these spaces, we're not going into them with the savior complex,” Cataño says. “We're not looking at this as a solution or as our one good deed for the day. What we try to emphasize with our volunteers is that this is part of your community.”

The afternoon is spent hand-delivering water to people who are sitting in tents, riding on bikes, and laying in the shade.

In just a little over a month, donations to Water Drop LA have snowballed from a couple thousand dollars from Facebook friends to more than $100,000 from people as far as New York. The organization has had to cap their volunteers at 50 per weekend due to high interest. 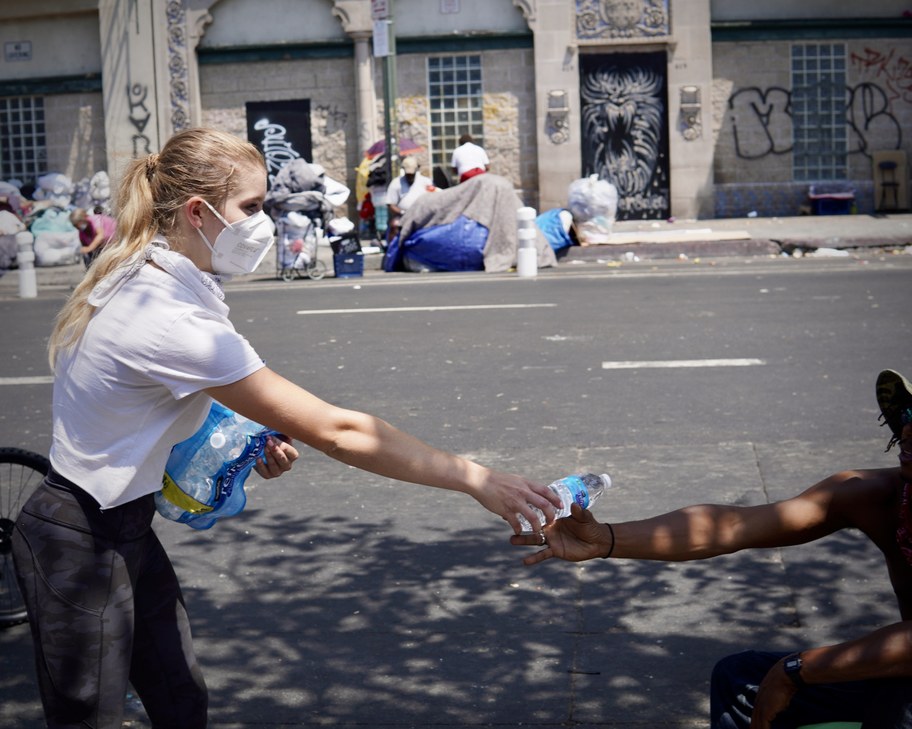 Water Drop LA’s founders devote not just Sundays, but basically their entire lives at the moment to this endeavor, with 12-hour days being the norm. Co-founder Catie Cummings even took a break from school this semester to devote more time to Water Drop LA.

“This is something that’s a temporary solution,” Cummings says. “We're giving someone one gallon of water. That's not like installing a sink or a water fountain. Ideally, we would get to a point where the city installs a water fountain on every corner and there's no need for us.”

A city official noted that installing a water fountain is a complex process. Funding, placement, and who pays for the water are all issues in installing the $65,000 fountains.

However, two additional fountains are in the works for Skid Row, but that  would bring the total number of drinking water sources on Skid Row to about one for every 671 people.

Until more is done, Water Drop LA will continue to hand out water every Sunday. As their volunteer network and donations grow,  they hope to become an official 501c3 nonprofit and reach more areas of LA.