Even before the coronavirus pandemic, people living and working in Skid Row had long been impacted by crowded and unsanitary conditions. Now the neighborhood has its first confirmed case of COVID-19, an alarming development in an area with a dense unhoused population living in close proximity on the streets and in shelters.

“We believe we have it contained,” says Andy Bales, CEO for the Union Rescue Mission, where an employee became the first person in the area to be diagnosed with COVID-19. “But we’re also praying very hard.”

The employee worked as a driver for Union Rescue, picking up and delivering basic supplies like food and first aid equipment. Bales says the Mission has been working with the L.A. County Department of Public Health to retrace his movements and contacts in recent days.

Eight people with direct contact have been quarantined. Nearly 100 other residents and staff are isolated on the mission’s third floor, Bales says. County health officials have also been stationed on the grounds to monitor possible symptoms. The driver, meanwhile, is being treated and on a ventilator at a nearby hospital. 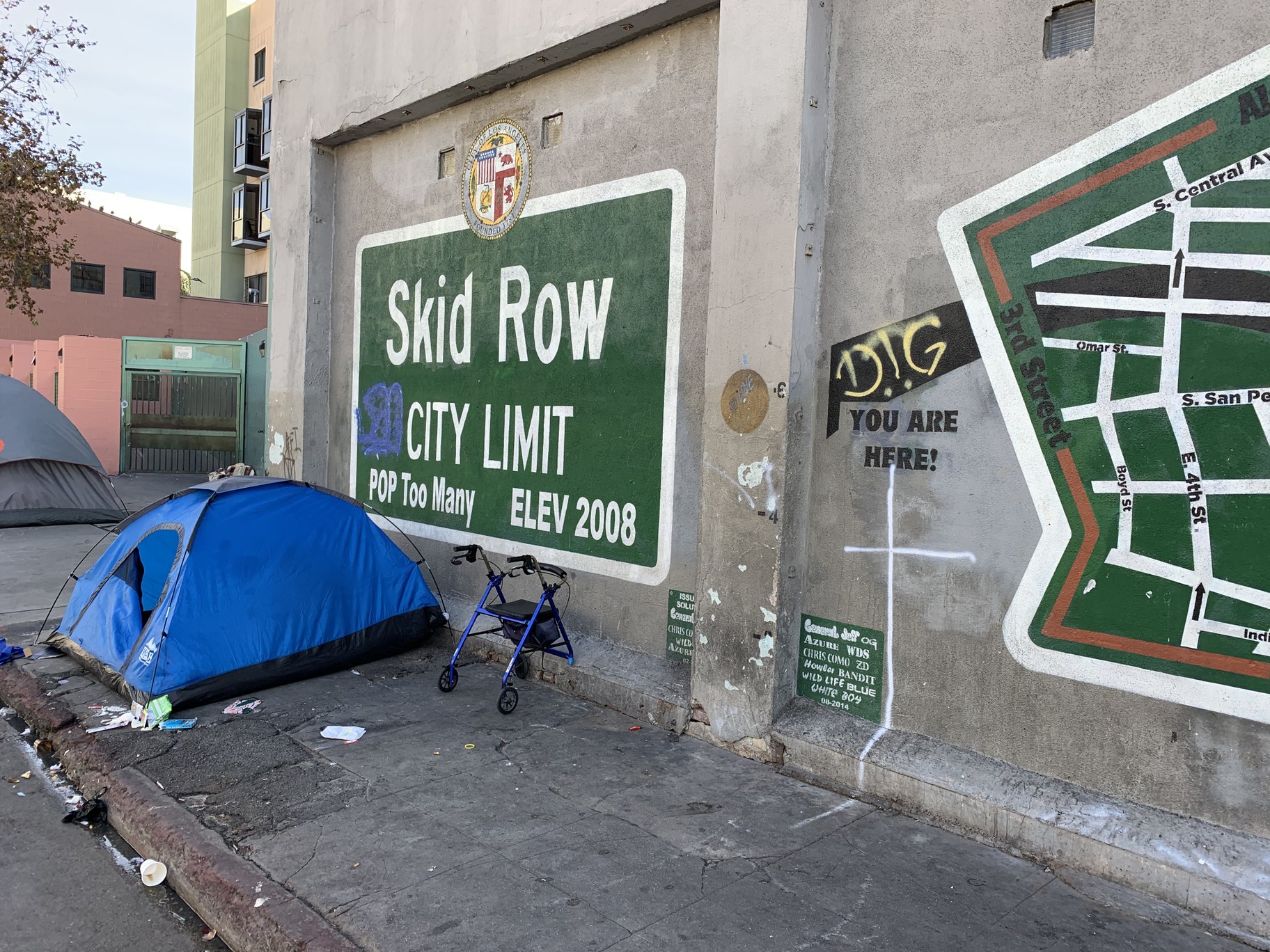 A mural in Skid Row that says the population is “Too Many.” Photo by Anna Scott.

Even with containment measures in place, some Skid Row residents worry about the coronavirus spreading in the area. Ed Givens, 67, lives in a subsidized apartment building next door to the Union Rescue Mission. He says the streets of Skid Row remain crowded.

“It’s the worst I’ve ever seen as far as people being on the streets,” he says. “I’m definitely concerned about it. … I’m washing my hands at least 20, 25 times a day.”

He’s also staying indoors as much as possible. But for many people living in Skid Row, it’s difficult to fully practice social distancing – even housed residents. Givens, for example, must leave his apartment in order to eat. And simply stepping outside the building’s doors generally means navigating a sidewalk packed with tents and people.

Others, like Paul Williams, live in buildings with communal bathrooms. Williams lives at the Madison Hotel. He says so far he’s felt safe at home. He has cleaning supplies that he uses to sanitize the bathroom before and after using it, and says the building isn’t fully occupied so fewer people share the facilities. But he worries about the unhoused population that surrounds the property. 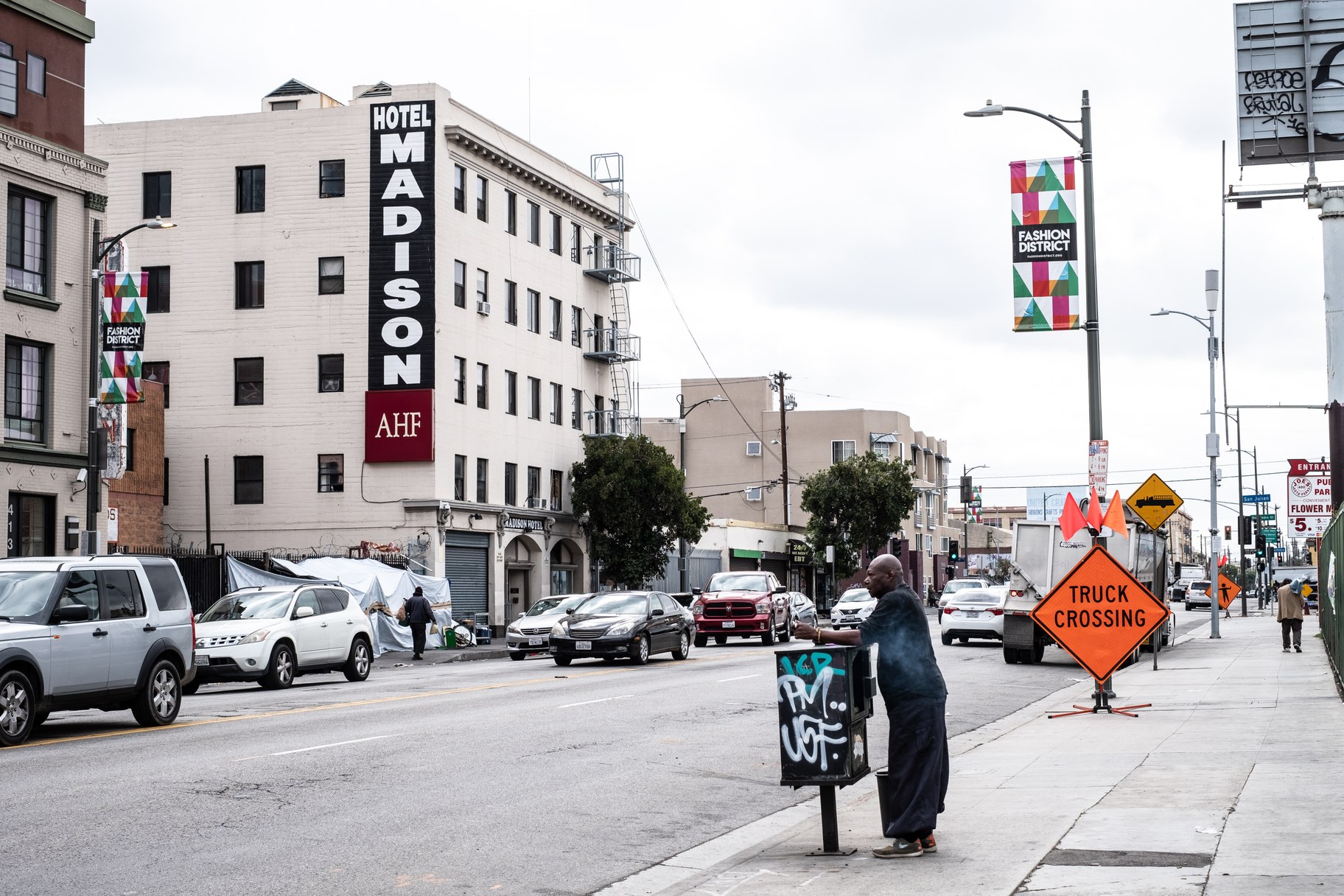 The exterior of the Madison Hotel. Photo by Amy Ta. 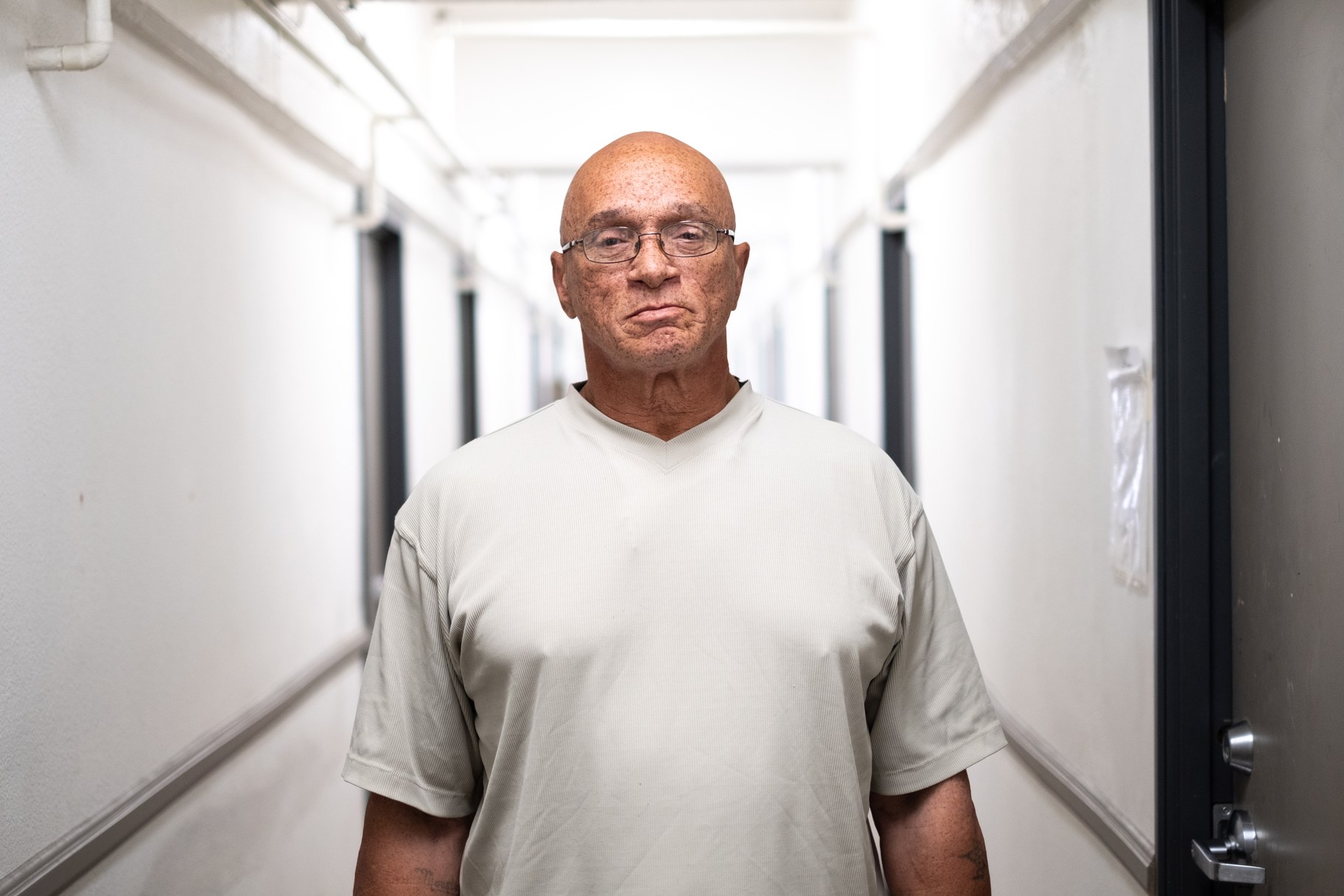 Paul Williams in the hallway of the Madison Hotel. Photo by Amy Ta.

“People … are not practicing social distancing,” he says. “They’re not being bombarded constantly with CNN and MSNBC and Fox News. It just hasn’t hit home yet.”

The Los Angeles Homeless Services Authority (LAHSA), a city-county agency, as well as the county, are sending outreach teams around Skid Row to inform unhoused people about social distancing and best practices.

A LAHSA spokesperson also says the agency is installing mobile toilets and sanitation stations around the neighborhood. Meanwhile LA County is working on procuring hotel and motel rooms for homeless people who need medical sheltering. But the rooms are not available yet.

Mike Arnold, president and CEO of Skid Row’s Midnight Mission, says securing safe places for sick and high-risk people to go outside of the downtown area is a top concern. Even though the Midnight Mission has adopted strict hygiene and tracking protocols for everyone on the property, he says, Skid Row is generally not a healthy environment. 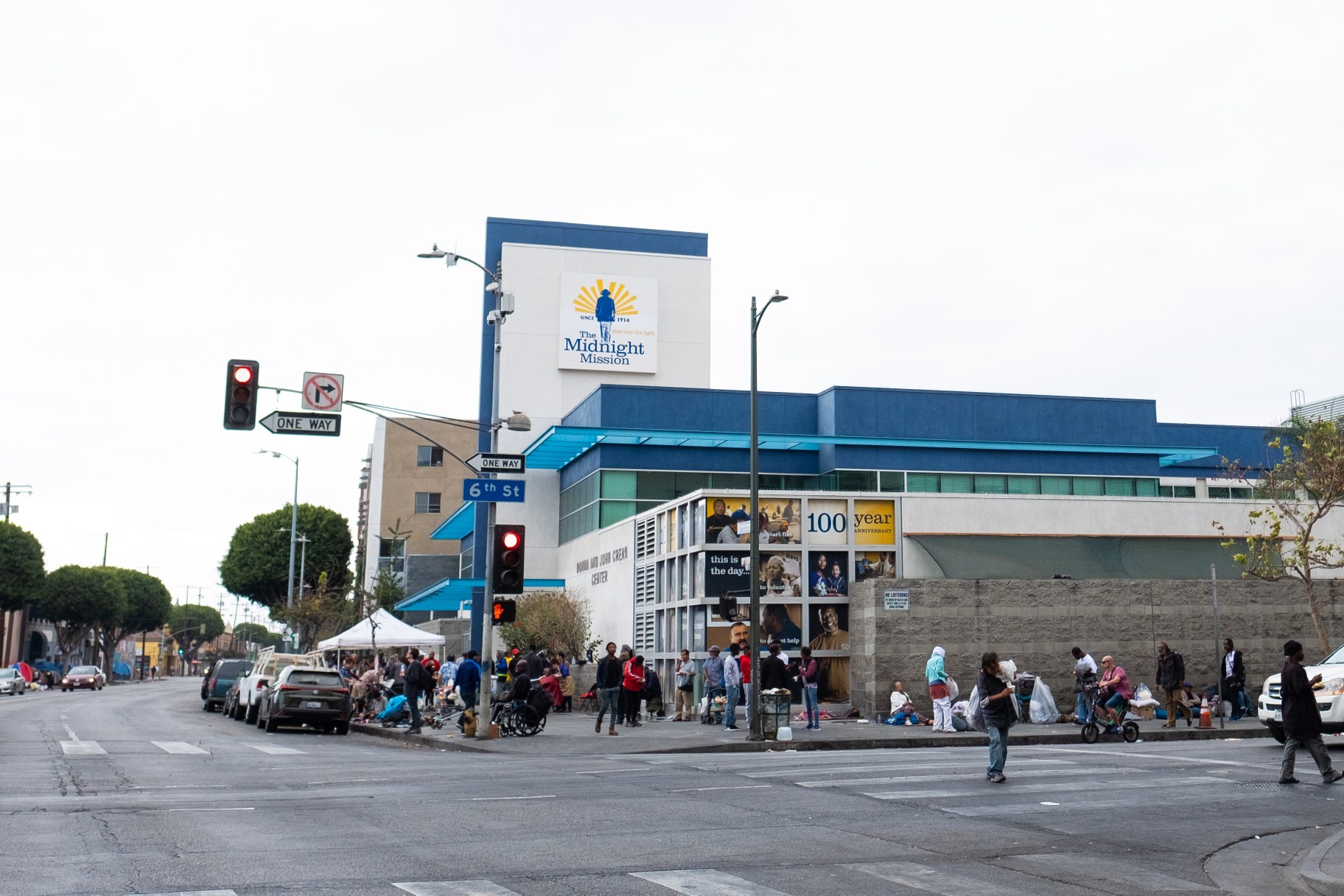 “We’re all … really terrified,” he says. “We’ve been, to date, not provided any venue to help these incredibly vulnerable people get to some place that’s a little safer than a congregate shelter in Skid Row. … So we don’t seem to be terribly well-prepared to deal with something like this.”