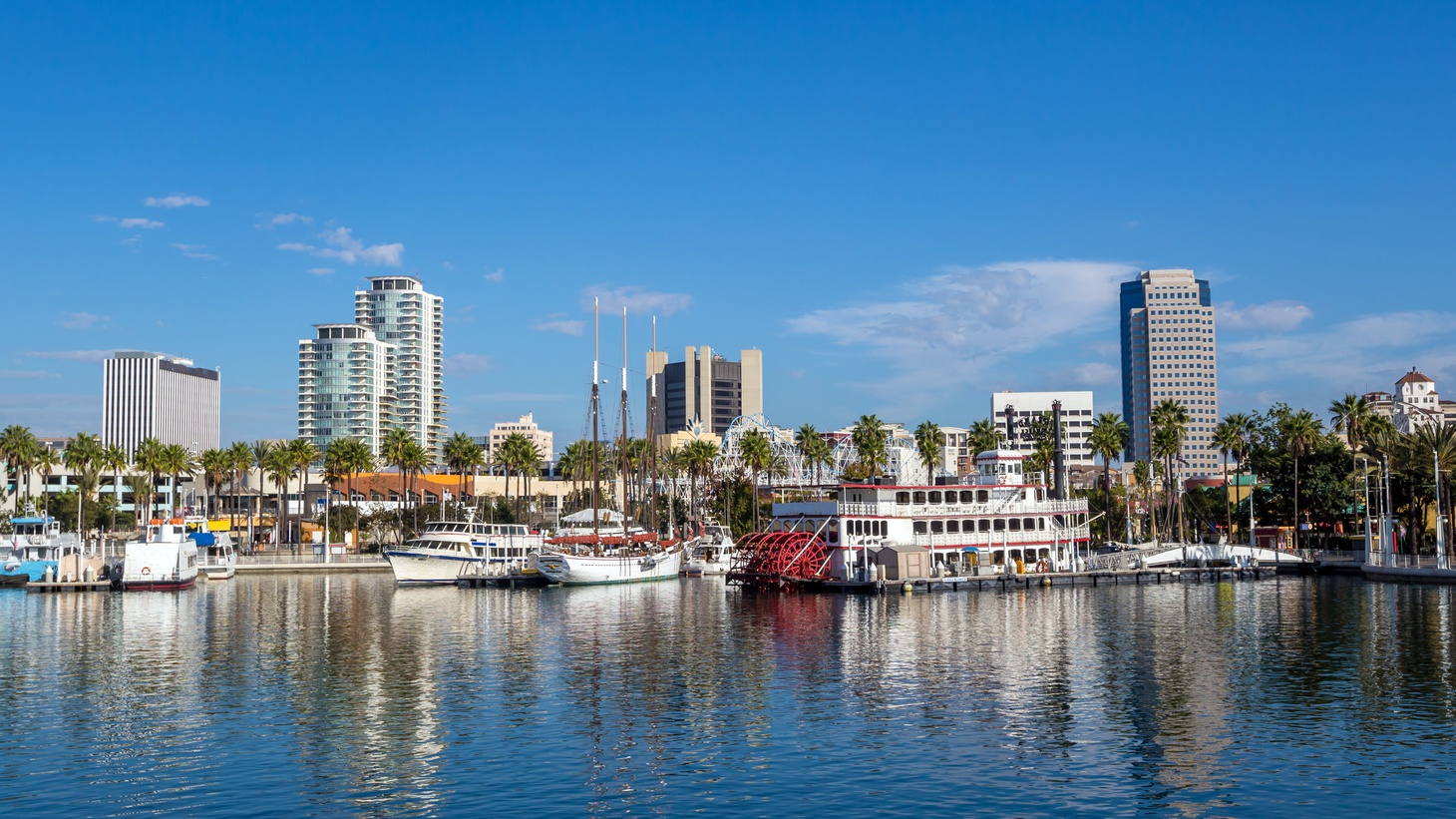 Long Beach faces many of the same challenges as Los Angeles, from housing and homelessness to pollution and public safety. Photo by Shutterstock.

Born at Scott Air Force Base in Belleville, Illinois, and raised in Alabama by a single mother, Rex Richardson moved to Long Beach to attend Cal State Dominguez Hills. After serving as student body president, he became the youngest person ever elected to the Long Beach City Council, where he represented the city’s predominantly working-class ninth district. His election as mayor marks yet another milestone.

“When it comes to being the first Black mayor, I really reflect on what that means in a city as diverse as Long Beach,” Richardson remarks. “This sends a signal that you can have a seat at the table, you can have an opportunity to thrive, and you can see yourself at City Hall.”

Richardson will have his work cut out for him. Long Beach faces many of the same challenges as Los Angeles, from housing and homelessness to pollution and public safety.

To address the housing crunch, Richardson sees local government playing a convening role. “The mayor is going to have to bring people together, education leaders, growth sectors, regional bodies, to talk about how we identify more revenue to subsidize the production of housing that's affordable for working people.”

Housing affordability is inextricably tied to homelessness, which is a personal issue for Richardson. “My little brother … [has] dealt with mental health issues and homelessness, and even for my family, it's difficult to navigate. Imagine the pathway if you don't speak English. Imagine the pathway … if you're a single mom dealing with putting food on the table. We have to make it easy to simply get people the support that they need.” His plan to address the crisis focuses on new housing construction, ongoing outreach, pathways to getting people off the street, and expanding mental health services.

Richardson takes a similarly comprehensive approach to public safety. Law enforcement alone is insufficient. He says, “When people define safety, they also want their parks active. They want their business corridors well lit. They want opportunities for their youth. They want to have access to clinics. … All of those things create a healthy community.”

Healthy communities also require a clean environment. Long Beach is home to the nation’s second largest port (the Port of Los Angeles is the biggest), and it generates significant pollution. Much of this pollution comes from diesel trucks, so Richardson sees a path forward through taxing these vehicles and using the revenue to support electrification. “The clean truck rate, which has recently been implemented, helps establish a fund to subsidize the conversion of those trucks. It won't do it all but it's an important first step.”

Rex Richardson will be Long Beach’s first Black mayor. He wants to make the city a model for addressing housing, homelessness, and public safety.