What do you do when you see a wild animal in need? In Southern California, there are several wildlife rescues, marine care networks, and raptor centers to help, depending on where you live and what type of animal you find.

Often run by volunteers, these organizations respond to calls of wounded animals, nursing them back to health, and ideally releasing them back into the wild.

South Bay Wildlife Rehab (SBWR) in Rancho Palos Verdes, which specializes in birds and bats, has taken in more than 300 birds this year, and is currently bulging at the seams with 111 patients.

The organization launched in 1993, but has never had a permanent location. Instead, Lynch and several volunteers work out of their homes, where they’ve built everything from small hummingbird enclosures to huge flight cages for bats and birds of prey. 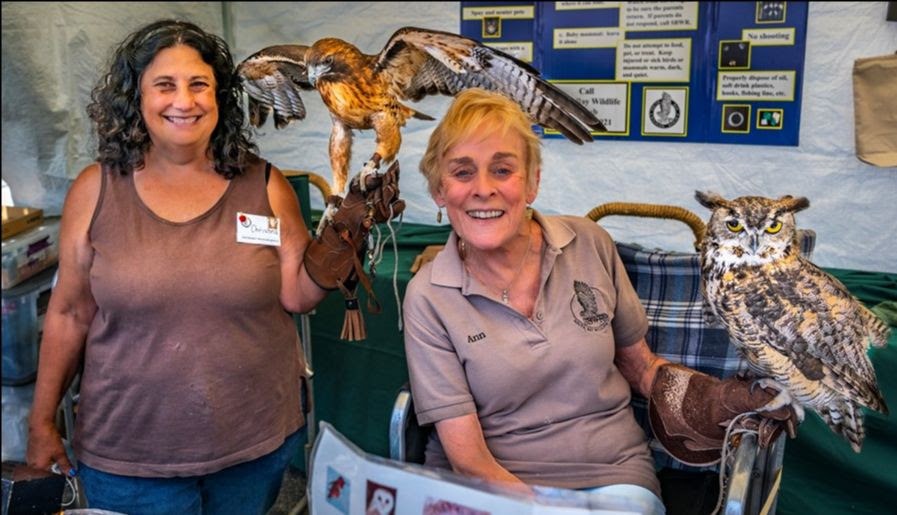 Since most of the birds are orphans and didn’t learn to hunt from their parents, Lynch says they must graduate from “Mouse School” before getting released to the wild.

“We put live mice and rats [in horse troughs] and the birds can hunt, so that gives them the opportunity to catch and kill,” she says. They graduate and get released once they’ve been catching and eating rodents for several weeks, haven’t lost weight, and can fly well.

If you find an animal in distress, Lynch suggests calling your local wildlife care network rather than a veterinarian, which can only hold wild animals for 48 hours before needing to turn them over to a licensed wildlife rehabilitator.

“I can teach almost anyone how to get a big bird in a box with a broom,” says Lynch, who would be happy to care for your precious cargo. 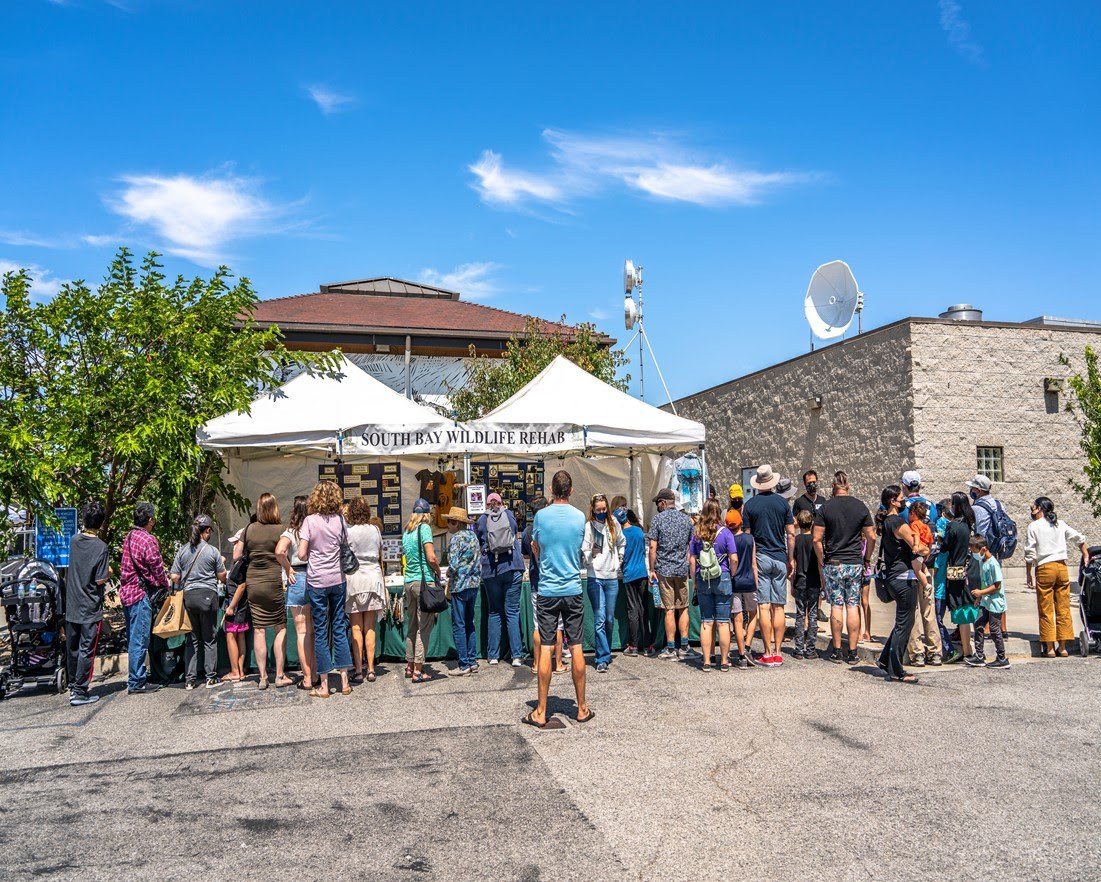 The SBWR had a booth during Seal Day at the Marine Mammal Care Center in San Pedro on July 31, complete with six “education ambassador” raptors. Photo courtesy of South Bay Wildlife Rehab.

Here are a few wildlife care networks in Southern California:

The future for street vendors: Open air market or brick and mortar?

The fate of LA’s street markets often rests in the hands of a few elected officials who, with a phone call or stroke of a pen, can decide whether or not they stay open.

South Bay Wildlife Rehab in Rancho Palos Verdes has taken in more than 300 birds this year, and is currently bulging at the seams with 111 patients.