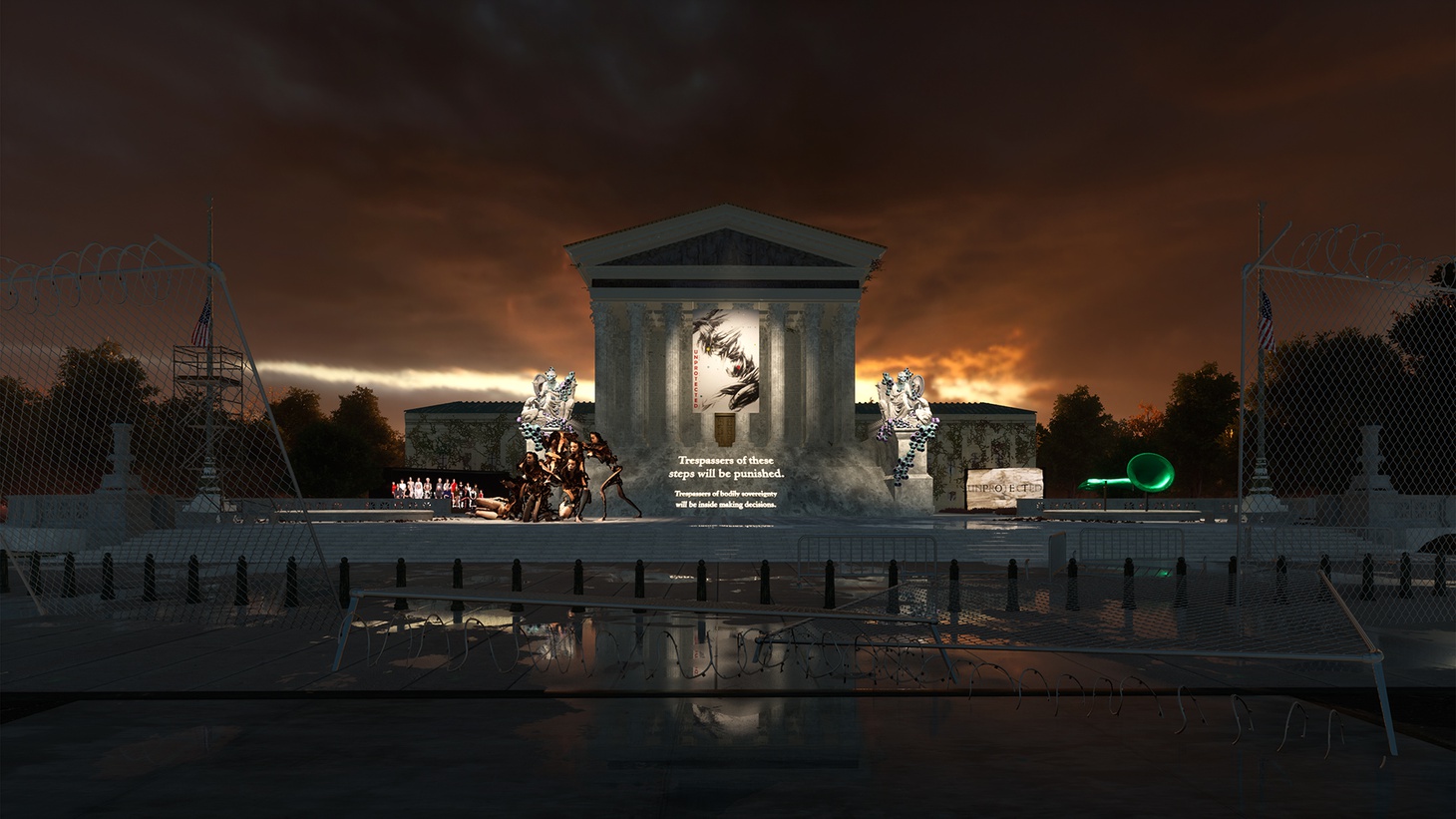 Artists are responding to the Supreme Court’s decision overturning Roe v. Wade — at Epoch gallery’s new virtual art show called “Unprotected,” which runs through November 4. The show also doubles as an NFT, and proceeds will go to organizations that are fighting for reproductive rights.

The exhibition’s main image is a model of the U.S. Supreme Court with text scrawled over its steps: “Trespassers of these steps will be punished. Trespassers of bodily sovereignty will be inside making decisions.” It’s by the artist duo Ania Catherine and Dejha Ti, who work under the moniker Operator.

Lindsay Preston Zappas, founder and editor-in-chief of Contemporary Art Review Los Angeles, explains that with your cursor, “you can move around the steps, and the text bends and distorts as you walk around it in this digital space.”

She continues, “Even though this isn't real — this is a digital fictional situation — it just felt for me as a viewer so liberating to see these words directly critiquing what goes on inside the SCOTUS building, projected onto the structure itself.”

A sculptural piece by artist Elana Mann is also noteworthy to Preston Zappas. It is a green arm-shaped megaphone, where the hand of the arm covers the potential speaker’s mouth. As a viewer navigates around the piece, an eerie sound by the vocalist Sharon Chohi Kim begins to play.

“This piece is just so haunting and layered, and it oscillates between these barely audible whispers. And then at some points, the vocalists are almost screaming,” says Preston Zappas. 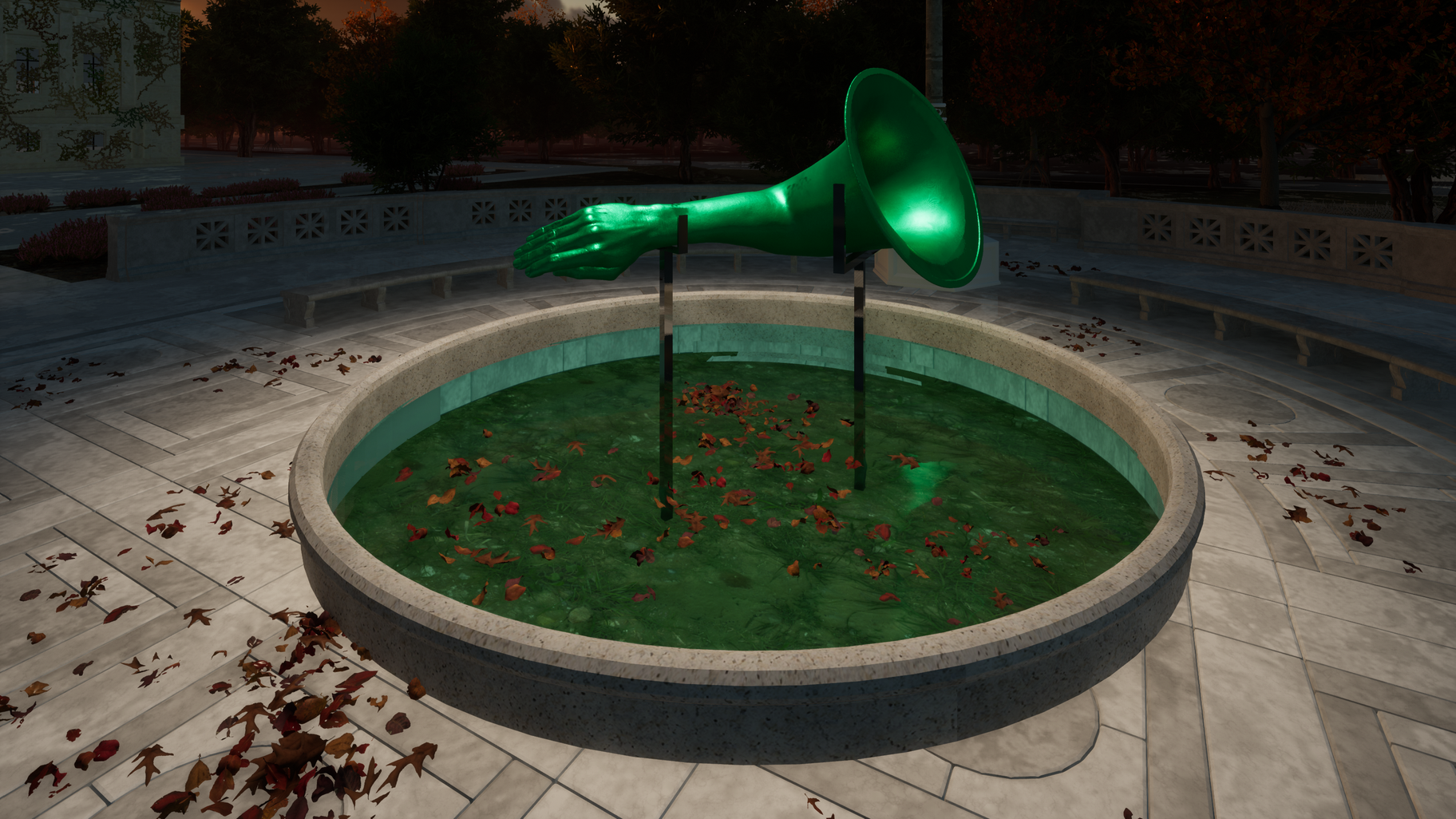 Elana Mann’s “Call to Arms, 2022” is a 3D model with a 4:05 minute audio piece by Sharon Chohi Kim. Image courtesy of the artist and EPOCH.

Navigating “Unprotected” can feel like a first-person video game as you travel in and around the steps of the Supreme Court building, guided by arrows.

Preston Zappas adds, “It's really up to you to explore the space and the show however you want to and create your own pathway, exploring not only the artworks but also the space itself.” 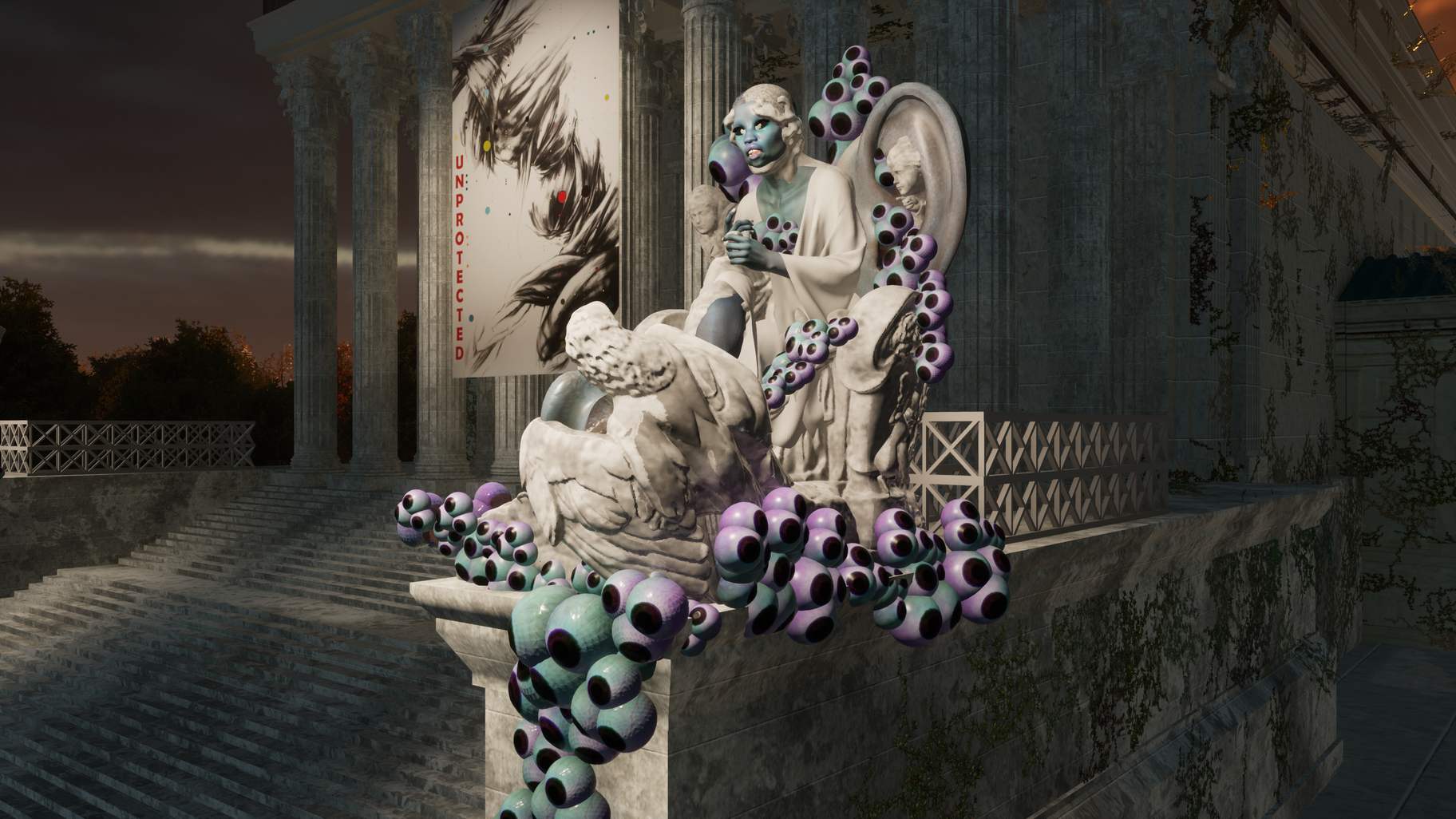