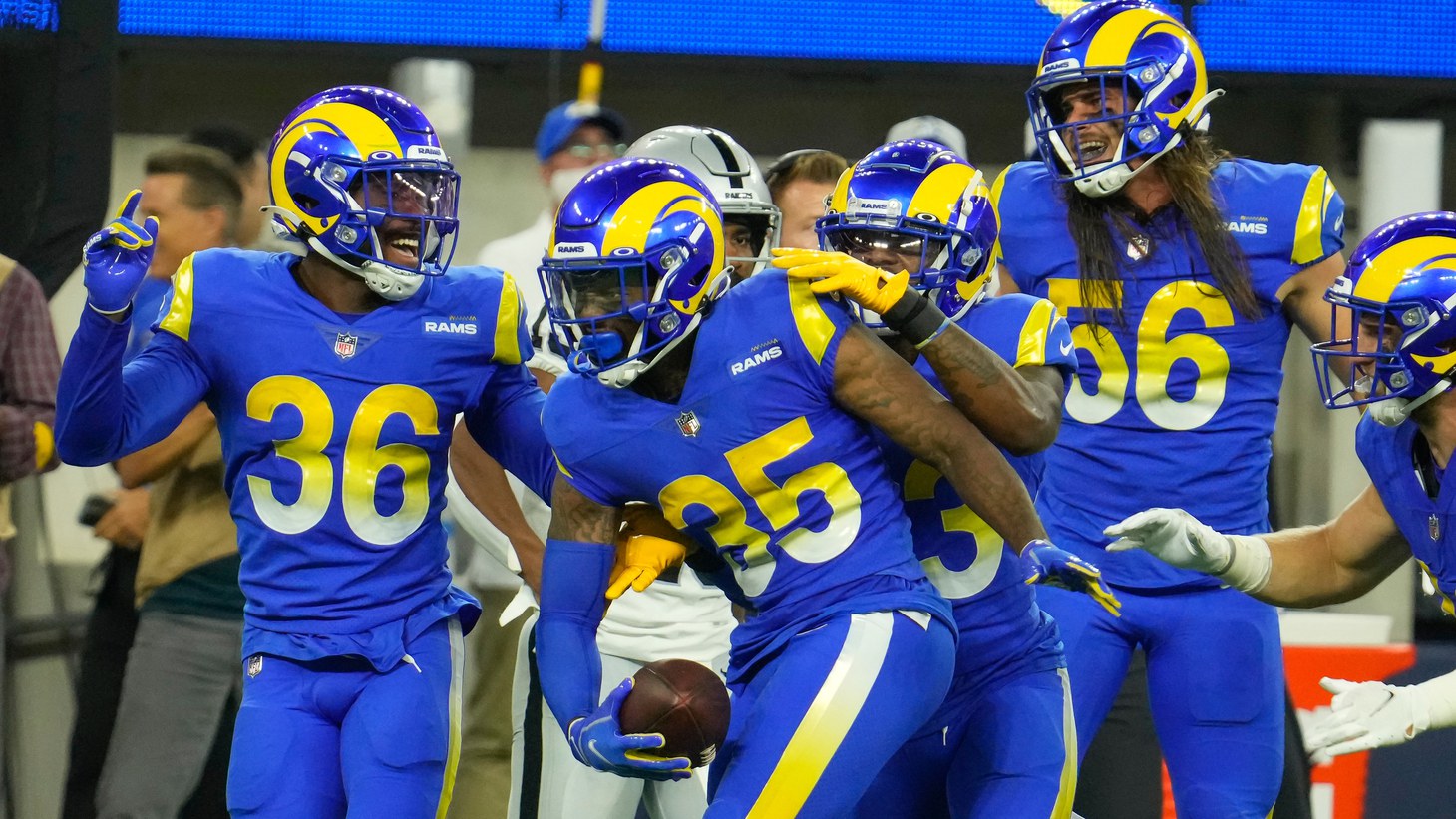 Los Angeles Rams defensive back Brontae Harris (35) celebrates after intercepting a pass against the Las Vegas Raiders in the fourth quarter at SoFi Stadium, Aug 21, 2021. Photo by Robert Hanashiro-USA TODAY Sports via Reuters.

The LA Rams took a long, windy road to get to the Super Bowl at SoFi Stadium this Sunday. They started in the American Football League in Ohio in the 1930s, then switched leagues and relocated to LA. After 35 years, the team then migrated to Orange County to play at the Anaheim Stadium, which coincided with the Raiders leaving Oakland to settle down south in the Rams’ place.

In 1994, the general manager and owner of the Raiders, Al Davis, moved the Raiders back up to the Bay Area. And Rams owner Georgia Frontiere moved the team to St. Louis, where they played for 21 years.

Then in 2016, majority stake owner in the Rams, Stan Kroenke, moved the Rams back to Los Angeles, where they would share the new $5 billion SoFi Stadium with the Chargers.

The LA Rams play in the Super Bowl this Sunday, but the team wasn’t always based here. KCRW hears the long, windy road of how they got to SoCal.