Burbank Recycling processes 100-120 tons of material each day. In recent years, cardboard has made up a growing proportion of materials, especially as consumers increasingly turn to online shopping. Photo by Jon Reed.

It’s been decades since recycling became a part of our daily lives and promised that we could live comfortably with the downside of our throwaway culture. But recycling has not lived up to that promise.

Kreigh Hampel, who runs the Burbank Recycling Center, says manufacturers have lots of PR power, and they're convincing consumers that what they make is recyclable.

He says his center receives chunks of furniture, wood, bricks, dirt, needles, lighters, and batteries pulled out of electronics that are fire hazards. 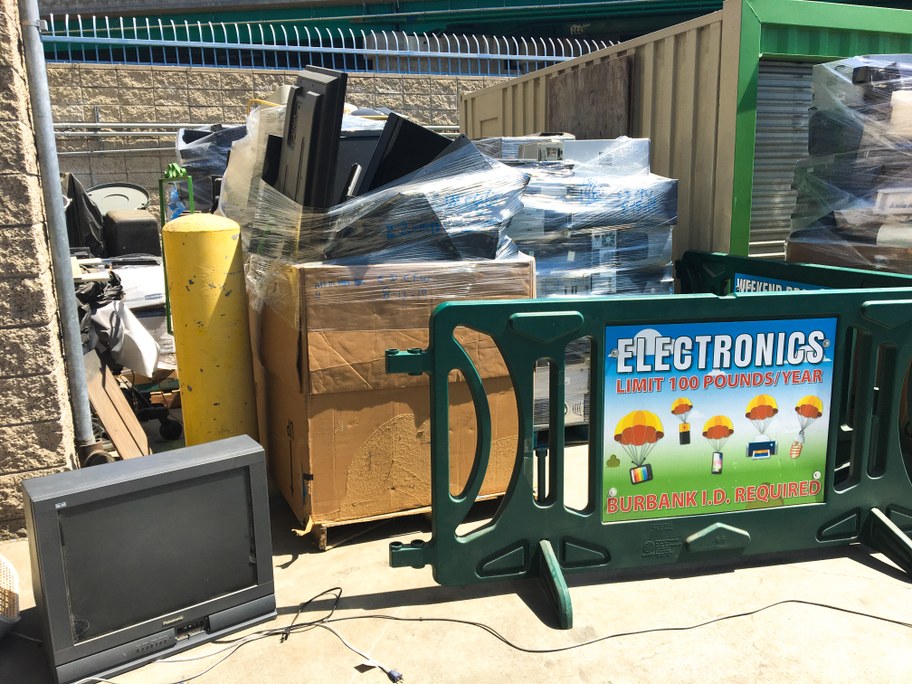 Each person may submit 100 lbs of electronics to the Burbank Recycle Center per year. Photo by Jon Reed.

Adding to the problem, China has almost stopped accepting America’s recyclables. No fewer than 284 recycling centers in California closed last month. Meanwhile, there’s been a massive increase in plastic production.

Just 9% of all plastic ever gets recycled, and much of what’s being manufactured now is for one use only. So plastic is heavily polluting the land, rivers, and oceans. It’s ending up in the bodies of fish, plants, and animals.

Some lawmakers are pushing for action, including Democratic State Senator Ben Allen of Santa Monica. His Senate Bill 54 would phase out almost all single-use non-recyclable products by the year 2030.

KCRW asked Californians for Recycling and the Environment, a group representing the packaging industry, for comment on the bill, but they declined. They’ve publicly argued that health devices, from baby bottles to toothpaste tubes, require single-use plastic. Plastics makers have a powerful lobby, including the oil and gas industry, since plastics are made from petroleum.

But negotiations over a package of bills are going strong. The deadline to enact the ban (on single-use non-recyclable products) might be extended from 2030 to 2035. Even the American Chemistry Council says “we’re on the same page," and Senator Allen insists that California "can prioritize sustainability because the technology’s already there."

But would new, sustainable packaging cost more for consumers? Senator Allen suggests if it does, it won't be by much: “Already those stores that have switched to more sustainable packaging see like a cent or two increase in the consumer prices that they have to pass on to their consumers. The interesting thing is… if we scale this, at the end of the day, we would be able to do it in a way that wouldn't significantly increase costs."

He adds that the cost of waste cleanup is costing taxpayers a lot already: "We are already paying a tremendous amount as taxpayers and as citizens here in the state of California because of the current system. Local governments are spending about half a billion dollars alone on litter and waste cleanup.” 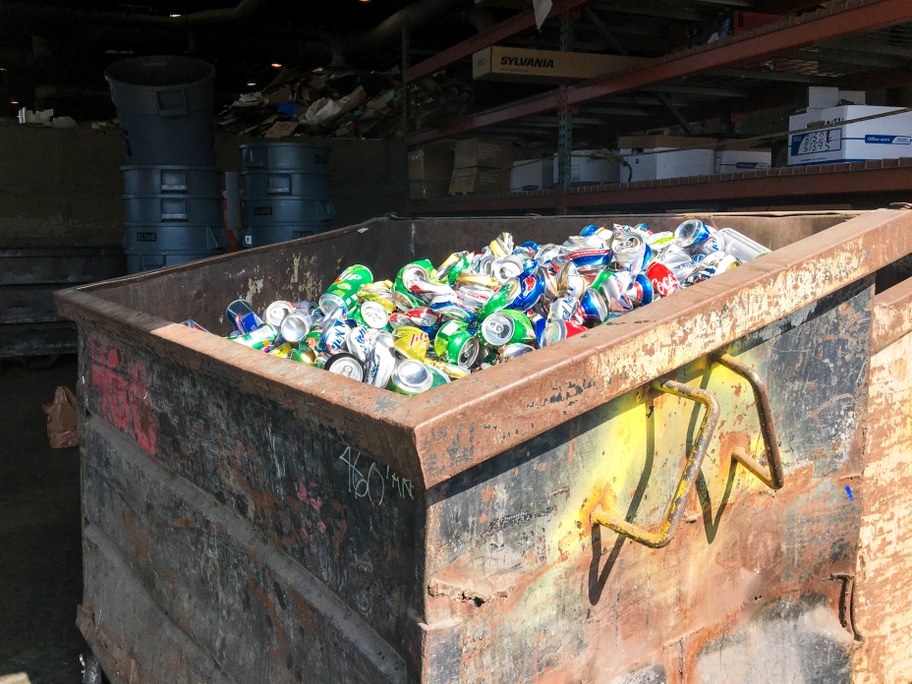 Soda cans to be processed at the Burbank Recycle Center. Photo by Jon Reed.

The League of California Cities is supporting Allen’s legislation and companion bills. It’s possible that some version of Allen’s bill could be enacted by the end of this year.

In the meantime, some local governments are adopting similar measures. The City Council of Solana Beach recently voted unanimously to ban the sale of single-use plastic items unless they’re compostable or recyclable.

Even boogie boards are now subject to regulation. They won’t be allowed in the ocean unless they’re encased in hard materials that keep them from breaking apart.

The promise of recycling may be failing

It’s been decades since recycling became a part of our daily lives and promised that we could live comfortably with the downside of our throwaway culture.

How to reduce your plastic waste in LA

Maybe you have a reusable water bottle, and bring your own bags to the farmers market or grocery store. But even environmentally conscious people often buy plastic shampoo...

1919 was a breakthrough year for Los Angeles.