Jenni Bregman owns a restaurant in Oakland, but her other passion is dancing. Photo courtesy of Bregman.

As more and more people get the COVID-19 vaccine and the state reopens, KCRW asked listeners who have received their shots: How are you living differently now?

“I dance for a company called Printz Dance Project. And two weeks before the first shelter-in-place order, we kicked off developing our big show for the season with a residency at the Kennedy Center in DC.”

Spoiler alert: It was canceled, and she hasn’t been able to dance with her team since.

“No amount of Zoom calls can replace the experience of developing and performing a dance work in person,” she said. “The process requires a physical and emotional closeness that I definitely took for granted before the pandemic. The ability to match energies, to dance close, to partner, embrace, and lift one another. It's really an endeavor of intimacy. And I have missed it so much.” 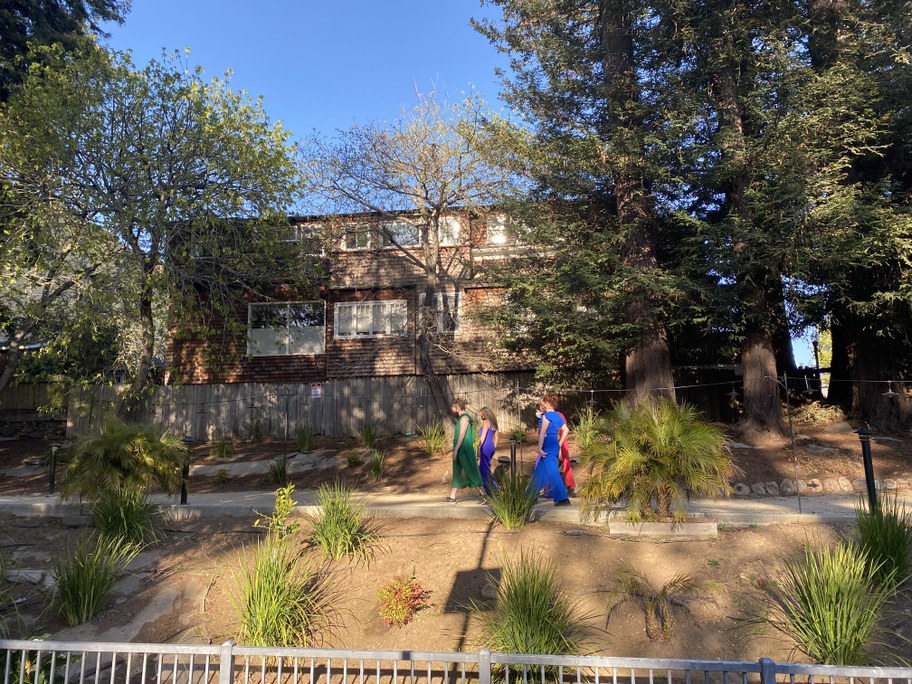 A year later, she’s taking her first steps back to in-person dancing. Her group can’t do a big project for a theater audience, but they can take on smaller, outdoor shows. Right now, they’re preparing for an outdoor performance in Mill Valley through Neighborhood Stories, an event series where local professional performers bring their artistry to their hometown blocks.

The first few runs of their number were bumpy.

“We expected to be a little bit physically tired, but I didn't expect to have my memory be so rusty,” she said. “Normally, we make quick decisions, we put moves together and decide where to stand. And then right away, we repeat, and it's all there. But we kept finding ourselves forgetting the thing that we just decided to do.”

She said it’s a muscle that needs to be retooled, but that’s okay because everyone in her group was in the same boat. They could laugh about it and help each other.

In San Marino 72 years ago today, Kathy Fiscus was a 3 year old who fell so deep into an unused well that it took a miracle to get her out alive. The process was one of the...