How often do students learn about the history of their college campus? What sat on the soil before dorm rooms and libraries sprung up? What stories have been lost to time?

Theater students at California State University Channel Islands (CSUCI) in Camarillo uncovered some of those stories for a new collection of short plays called “Camarillo Tales: Echoes in the Hills,” which runs through  Saturday, November 13. 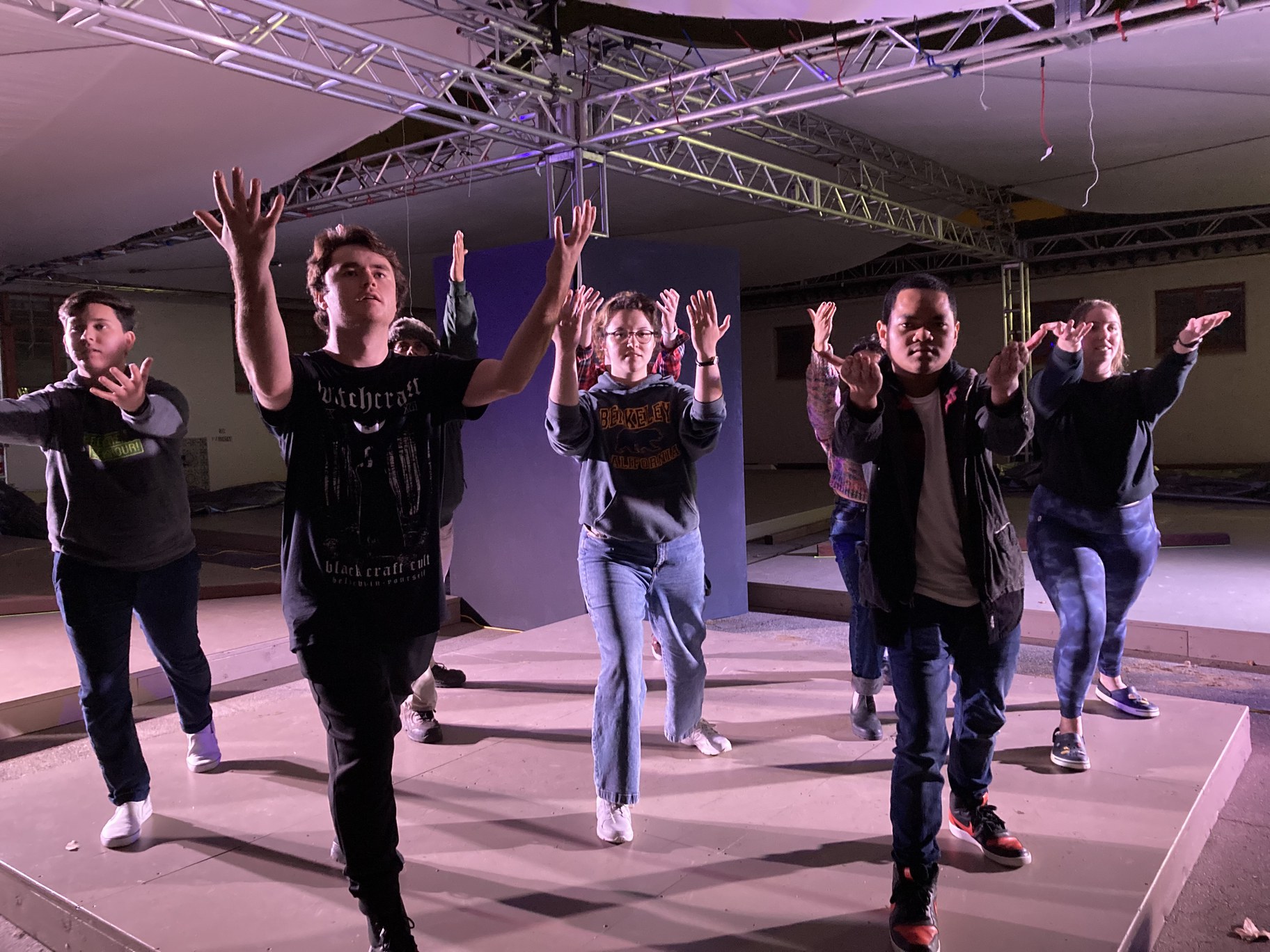 Adrian Silvestre (front right) wrote two of the short plays featured in “Camarillo Tales” and stars in some, as well. Photo courtesy of Laura Covault.

Several of the plays center on the Camarillo State Mental Hospital, which was open from 1933 to 1997. CSUCI opened in 2002. Some of the buildings have been torn down and replaced, some have been turned into faculty offices and classrooms, and some have not been converted yet.

Students scoured library archives to find interesting stories from that time period to create historical fiction pieces. Adrian Silvestre, a theater student at CSUCI, wrote a scene based on the actual diary of a nurse at the hospital in the early 1970s, reconciling with inhumane medical practices and physical abuse of patients.

“I wrote this scene one late night, and interestingly enough, I didn't know that there was a diary beforehand. This was before I knew anything about the hospital, it just came to me,” says Silvestre. 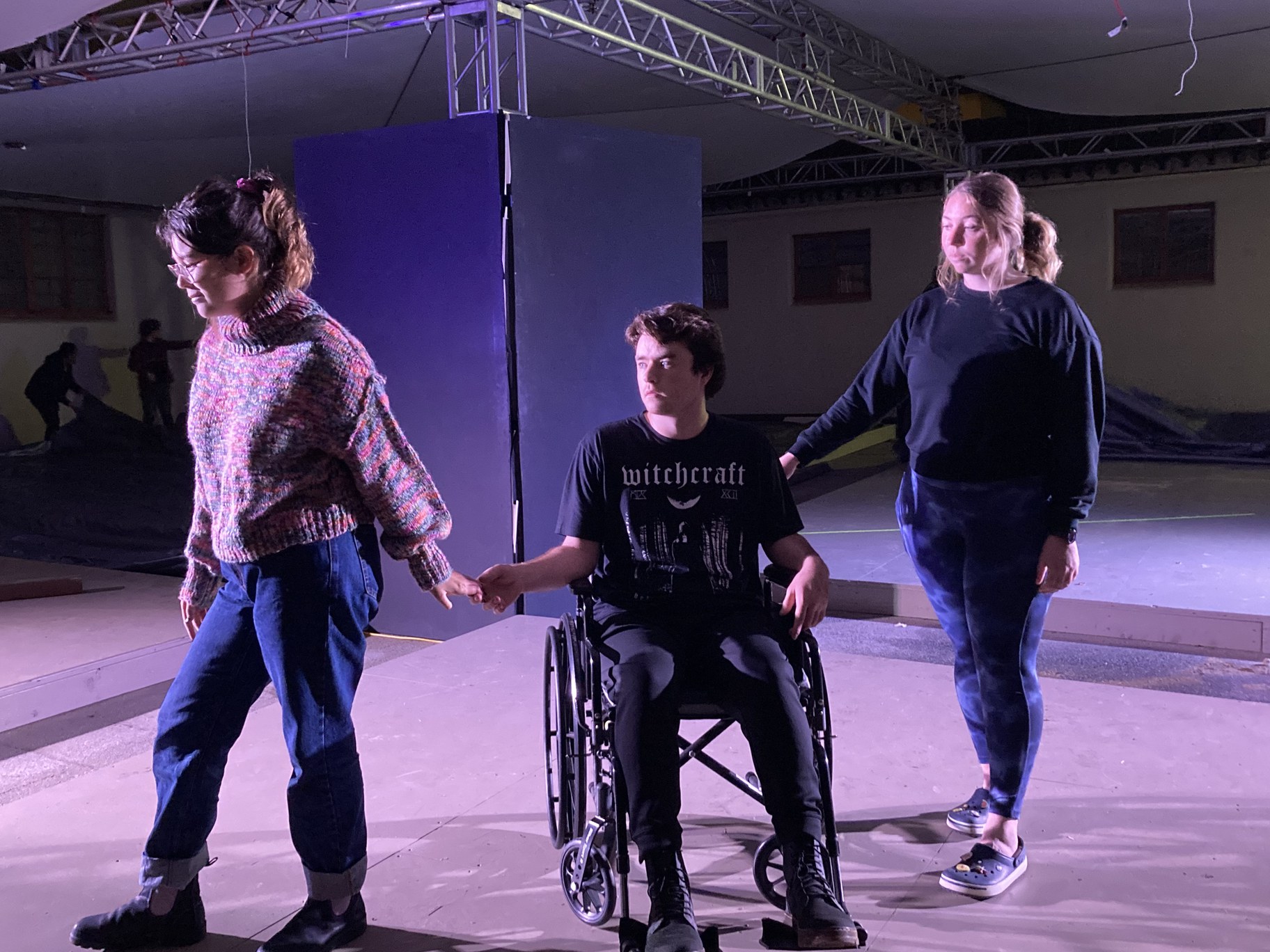 Other scenes involve a haunted cow from the crumbling dairy across the street from the campus, murals of Marilyn Monroe, Clint Eastwood and Clark Gable coming to life, and a poem paying respect to the Chumash tribe.